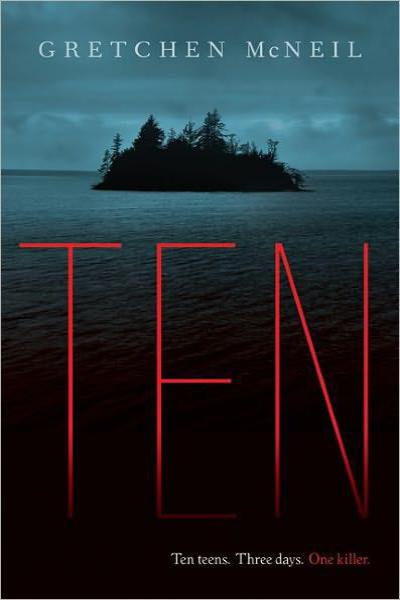 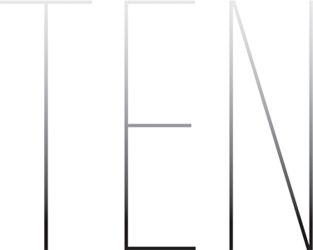 An Imprint of
HarperCollins
Publishers

In loving memory of Doris Godinez-Phillips

AND THEIR DOOM COMES SWIFTLY.

MINNIE’S FACE WAS DEATHLY PALE. SHE STARED
straight ahead, eyes fixed on the back of the stained cloth seat, and bit her bottom lip so hard that Meg was afraid she would draw blood. She’d never seen Minnie this seasick.

Minnie dug her fingernails into the seat cushion. “I’m fine.”

The ferry rolled to the left as a particularly large swell hit them from starboard and Minnie clamped both hands over her mouth. For one tenuous moment, Meg was convinced her best friend was going to hurl right there in the passenger cabin, but as the boat slowly righted itself, Minnie relaxed.

Meg rifled through her backpack and pulled out a plastic grocery bag, which Minnie absently took from her outstretched hand. “You don’t think it’ll be much longer, do you?”

Meg leaned against the cushion and propped her feet up on the facing row of seats. “I think we’re almost there.”

Meg sighed. “I can’t promise when the ferry will arrive, Mins. But according to the schedule, we’re almost there, okay?”

Meg recognized the sharpness in Minnie’s voice. It usually signaled a rapid change in Minnie’s mood, which happened all too frequently these days, especially when she stopped taking her antidepressants.

Instead of asking about her meds, which would just lead to an argument, Meg tried to get Minnie to think about something else.

“Remember when your parents invited me to Friday Harbor?” Meg said. It had been the summer before high school, the first time Meg had been invited on vacation with Minnie’s family.

A hint of a smile broke the corner of Minnie’s mouth. “You were
so
sick.”

“You puked all over the bathroom in that ferry.”

Meg laughed. “I thought your mom was going to throw me overboard.”

“Me too.” Minnie giggled.

Not one of Meg’s favorite memories, but maybe it would keep Minnie’s mind off her churning stomach. “And you weren’t sick at all. So I’m sure you’ll be fine ’til we get to Henry Island.”

Minnie shook her head. “But that was
summer
. When the water’s
calm
.” Minnie gestured toward the double-paned window. “Not like this.”

Meg gazed outside. The rain had died down for the moment—erratic water trails no longer zipped diagonally across the pane—but the wind, if anything, had intensified. It howled past the cabin, whipping from ahead, then slamming into the sides of the ferry with a force that seemed almost supernatural.

Minnie leaned her head against Meg’s shoulder. “Maybe we shouldn’t have come.”

Meg couldn’t suppress a laugh. “It’s a bit late for that.”

“But what? This party is all you’ve talked about since we got the invites on Tuesday. I haven’t seen you this excited about anything since your dad gave you an Amex card for your birthday.”

Minnie sat up straight. “Jessica Lawrence invited us to her house party. That’s not an invitation you turn down, but …” She sighed deeply. “I don’t know. It’s not like we’re friends.”

“You used to be,” Meg said without thinking.

“Well, that was before—” Minnie stopped herself, but Meg knew what she was going to say:
before you
. “That was a long time ago,” Minnie said instead.

The unspoken words hung in the air like stale cigarette smoke. Meg had been the reason for Minnie’s fall from grace in the greater Seattle junior high social scene. They both knew it, but it was a touchy subject and one they rarely discussed. Minnie turned her head to the window and stared out into the darkening afternoon, and Meg instantly regretted even alluding to her friend’s former closeness with Jessica.

To distract herself, Meg pulled a copy of the Facebook invite out of her backpack and read it over for the bazillionth time.

WHY: Because if you miss this party you’ll regret it forever

Fully stocked house all to ourselves for three days. Like spring break in February! We’ve got special ferries set up and everything!!!!

But keep it quiet. We don’t want just anybody showing up. Can’t wait to see you there!

Meg never felt comfortable at those kinds of parties; most of the time she just wanted to disappear into the wallpaper and pray that no one noticed her. But Minnie had been so excited. It was like an olive branch from the popular crowd. Meg couldn’t say no.

With any luck, she could find some quiet time alone, maybe wander the beaches by herself, find an isolated spot with her journal or her laptop and get some writing done.

A gust blasted the side of the ferry, rattling the cabin window. Meg sighed. Or maybe write in an isolated spot indoors? Like a broom closet or something? Stupid storm.

“Hey, I don’t want you spending the whole weekend in front of your laptop,” Minnie said from out of the blue.

Meg started. Was she really that predictable? “Um, okay.”

The plastic bag rustled as Minnie tightened her grip. “You’re going to have fun this weekend if it kills me.”

Meg bit her lip. “I have plenty of fun.”

Now it was Meg’s turn to be annoyed. “Mins, what are you talking about?”

Minnie sighed dramatically. “You
used
to be fun. Remember? We’d
do
crazy stuff. Now you’re like …”

“Besides, we could’ve had fun at home. And not, you know, lied to our parents and gone to a house party on an island in the middle of nowhere.”

Minnie threw up her hands. “It’s not the middle of nowhere. Half of Seattle has summer homes on the San Juan Islands. And we were
not
going to tell our parents.” Minnie finished with an emphatic nod of her head. “Especially not after that body was found in Everett this morning. Daddy would never have let me go.”

Meg shuddered. She’d seen the report on the news, the charred remains of a body found in the locker room of their rival school, Mariner High. It was a gruesome murder and so far the body hadn’t been identified.

“The last thing I need this weekend,” Minnie continued, “is Daddy dropping in to check up on me. That would ruin everything.”

“Yeah, I guess you’re right.” Despite the remoteness of the island, Meg couldn’t help but agree that Minnie’s dad showing up at the party wasn’t out of the realm of possibility.

Minnie placed her hand over Meg’s and squeezed. “Look, we’re going to have fun this weekend. We need it. Okay?”

Meg forced a smile. Minnie was right. There had been such a strain between them the last few months. First Meg’s acceptance at UCLA, which Minnie interpreted as Meg abandoning her, then Minnie’s struggles with her new medications. And of course the Homecoming night debacle …

Stop it
, Meg said to herself. She needed to put that night out of her mind. It was over and done. And in a few months she’d never see him again anyway.

Without warning, the dull roar of the engines diminished and Meg felt the ferry slow. A second later, a scruffy-faced deckhand in an orange rain slicker shoved his head inside the cabin. “Henry Island. We’ll be docked in a few.”

Minnie sprang to her feet. “Finally!” She pulled her overnight wheelie and two small shoulder bags out of the luggage bin, then threw on her coat, glancing over her shoulder as she bounded out on deck. “Try to remember this is a party. Party equals fun.”

With a deep breath, Meg shouldered her backpack and followed Minnie out on deck.

THE AIR WAS DAMP WITH THE KIND OF COLD
meatiness that signaled the approach of another storm. Wind whipped at Meg’s hair, loosening strands from her ponytail. She tucked a few of them behind her ear as her eyes adjusted to the dusk.

Dull lights glowed in the distance across the bay. Roche Harbor, on the back side of San Juan Island. It looked closer than she’d imagined, and it was comforting to know that a decently populated town was just across the bay.

Meg shook her head. Why was she so skittish? She needed to loosen up. Secret house party hosted by the most popular girl in school? People would kill for an invite. So what if her parents didn’t know where she was? That was the fun of it, right?

Minnie stood beside the scruffy-faced deckhand, staring down the side of the ferry as it bobbed up and down in the water.

“We have to climb down?” she asked.

“Sorry, miss. Weather’s too rough,” he said. “Gotta use the ladder.”

Minnie glanced at her wholly inappropriate kitten-heel slingbacks. “But …”

“Just take them off,” Meg said, trying to keep the “I told you so” tone out of her voice.

“Don’t worry, miss.” The deckhand nodded down to his mate on the dock. “Branson’ll catch you if you fall.”

Minnie leaned over the rail and looked down at Branson, the portly, middle-aged crewman. Her eyes grew wide and she turned to Meg. “How—”

“You’ll be fine,” Meg said. “I promise.” It was what Minnie needed to hear, even if it wasn’t true.

Minnie sighed and slid out of her heels, leaving them on the deck, and purposefully climbed over the side of the boat. “Okay. If you promise.”

Meg shook her head as Minnie disappeared over the side, then picked up the discarded heels and shoved them in her backpack. This was why she was going away to college. She needed, for once in her life, to put herself first.

Meg watched the deckhand nonchalantly toss their luggage overboard with the kind of disinterested yet fluid motion that signaled a well-known routine. Branson caught each bag with the same easy flow, depositing it on the dock and swinging around just in time to catch the next one. There was something simultaneously cool and creepy about their unspoken luggage dance, fascinating in its choreography and yet ever so slightly disturbing in the mindless, dronelike way in which it was executed.