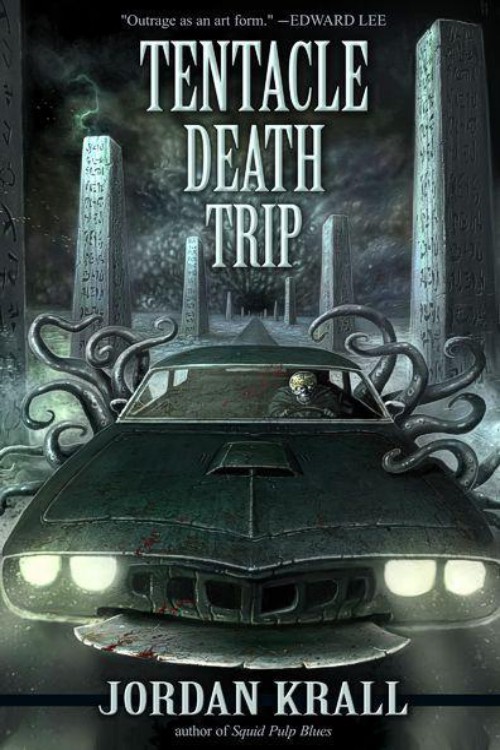 All rights reserved. No part of this book may be reproduced
or transmitted in any form or by any means, electronic or mechanical, including
photocopying, recording, or by any information storage and retrieval system,
without the written consent of the publisher, except where prohibited by law.

This book is
dedicated to my son.

It
is the year 2025. Ten years ago the United States of America strong-armed its way
into another world war but this time it found itself on the losing end, ravaged
by nuclear, chemical, and biological weapons. The rest of the countries of the
world are now working to rebuild civilization, collectively shunning the
USA
.

Now the inhabitants of
America
are at the mercy of mutants, freaks, marauders, gangs, and the most powerful
warlord gangster in the country, the mysterious Mr. Silver.

The house was
partially destroyed and looked extremely unsafe but Chaps didn’t care. He dug
through the rubble that served as the front door and crawled into the building.
His friend Ryan was right behind him, rubbing his hands in anticipation.

“Shit, there
better be. Last five houses we hit were empty as hell. This one’s
gotta
have something. It’s the biggest one on the block.
Right now I’d settle for a fucking T.V. Guide.”

“Well,” Ryan said,
tripping on a black block of wood, “I figure if we don’t score anything here,
we should move on to Hackensack.”

“Yeah.”
Chaps walked through what resembled a living room except the furniture looked
like ancient objects not fit for comfort. He was used to scavenging for
supplies but had hit a period of bad luck recently.

He put his hands
on the couch but quickly pulled them away; the fabric was warm and moist.
Though he’d been in similar situations for years, Chaps never got used to the
effect the war had on fabric. He found it strange that inorganic materials had
been affected so much. But maybe it made sense. It hadn’t been just nuclear
weapons used in the war. Chaps heard there was a lot of biological and chemical
shit used by all sides of the conflict. He had heard how some woman spent the
night on a couch and woke up with the fabric melded to her body. She had to cut
herself off it with a piece of aluminum, losing much of her skin in the
process.

Chaps didn’t want
that to happen to him so he never slept on anything but dirt but even then you
never knew what was in the soil. There could be radioactive worms or something.
Just the thought of nuclear creepy-crawlers made him shiver.

He carefully
grabbed the couch again and said, “Help me turn this shit over quick.” Ryan
took hold of the other side and they flipped it.

Underneath was a
crude decagram made of green bones and Matchbox cars.

“Grab those cars.
We can probably trade them.” Chaps said. He wasn’t really particular when it
came to looting. From his experience, he learned that no matter what it was
that was found, there would be somewhere in the wasteland who wanted it. One
time he found a pouch full of old grocery store coupons. Despite their being
useless after the war, Chaps had found a woman who offered him sex in exchange
for them. The coupons held some psychological value to her, something she could
use to pretend the world hadn’t changed, hadn’t turned to shit. Though he
couldn’t really relate to that, Chaps had taken her up on her offer but had
gotten some bizarre disease as a result. His teeth were never the same.

Ryan grabbed the
cars and stuffed them into his pockets.

“What about the
bones?” Ryan said.

They continued to
ransack the house but found nothing else but a shower curtain.

“We can use this,”
Chaps said.

“It’s moldy as
hell,” Ryan said, grabbing a corner of the curtain and sticking into his
friend’s face. “It almost looks alive or something.”

“Beggars can’t be
choosers, man. It doesn’t take up much room anyway,” Chaps said. When he
grabbed the shower curtain, he realized just how moldy it truly was. He wasn’t
going to admit that to Ryan, of course. Once he made a decision, Chaps stood by
it. The curtain felt alive in his hands like a flattened tentacle.

After their
search, they walked outside and sat on the curb.
“Some toys
and a shower curtain.
What a haul,” Ryan said. “We don’t catch some
better luck
soon,
we’re going to be in bad shape.”

“Maybe we should
have taken those bones.”

“Green
bones?
Anyone ever ask us if we had green bones? You think people want
to trade for them?”

Ryan shrugged. “I
heard you can get high off
Yugg
bones.”

“Who the hell said
they were
Yugg
bones?”

“No one, I’m just
saying. They looked weird. Maybe we could crush them and, you know, smoke
them.”

A sound from
behind the house startled them.

“What the hell was
that?” Ryan said.

There was another
sound like someone dragging empty cans. Chaps pulled his knife out of belt and
walked towards the noise which was getting louder. A figure walked out from
behind the house.

“Christ! It’s
Mario,” Chaps said. He turned to the man walking towards them. “What the hell
are you trying to do? Scare us to death?”

A short, swarthy
man with a handlebar mustache walked over to Chaps and Ryan, grinning ear to
ear. “Aye, well, thought you’d hear me coming with all these cans, yeah.”

“Why are you
carrying those around?” Ryan said.

“I don’t know,
bud. I don’t know, really. Just found them along the way and thought they
sounded nice.”

“Well, you sure as
hell can’t sneak up on anybody.” Ryan said.

Mario laughed.
“Guess not. Hey, you guys hear about the race?”

Chaps said, “Yeah,
but I didn’t think that was real. Sounds like a fucking joke.”

Ryan piped in.
“What race?”

Mario lowered his
voice and talked slowly. “Mr. Silver’s holding a race for the best drivers.”

“Yeah, Silver.”
Mario said. “It’s starting from his compound in Jersey
City and goes all the way down to Atlantic
City. Real hardcore shit, you know. Kill or be
killed.”

Chaps said, “I
heard the winner’s
gonna
get as much gasoline they
can fit in their gas tank plus supplies.
Food, water,
whatever.”

“Rich maniac,
remember,” Mario said. “But he does follow through with his promises. Remember
last year’s race between Sabbath and Chainsaw Cook? Sabbath won a car, bud. I
saw it.”

“I heard something
else, though. Something about a new city,”
Chaps said.

Mario’s face
turned grim.
“Yeah.
I heard about that, too.
A city that rose from the sea or something.”

“Never heard of
it,” Ryan said.

Chaps said, “Well,
I heard it’s a fucking paradise. The winner gets to live there or something.”

“Well,” Ryan said.
“If I had a
motherfucking
car, I’d enter that race.”

“It’s an
invite-only deal,” Chaps said. “I heard Silver sent one of his guys to recruit
the best racers.”

“Yeah,” Chaps
said. He turned away from his friends and walked out to the edge of the road.
“You guys hear that?”

They stood
silently, perking their ears up to hear the sound. In the distance, a rough
purr of an engine echoed.

Soon they saw it:
a car, sleek and dusty and coming up fast on the horizon.

Ryan said, “Better
get out of the way.” He moved towards the house and the other men followed.
They stood on the porch, watching as the car approached, interested in the
possibility of someone new to bargain with.

Ryan squinted and
tried focusing on the vehicle as it got closer.
“Looks serious.”

“What do you
mean?” Chaps said.

“Shit, bud,” Mario
said. “I think we should leave. I’m getting some bad vibes, you know.”

“Nah,
just wait.”
Chaps walked across the lawn. He wasn’t worried about one
car on an empty road.

The car approached
and slowed while passing the house.

The three men
caught a glimpse of the driver: a very beautiful and blonde woman in her late
twenties who winked as she drove by.

“Wow indeed,” Mario
said. “This is one time I really wished I had a car.”

“Do you even know
how to drive?” Chaps said.

The car drove a
half mile down the road and then made a U-turn in the parking lot of a burnt
down convenience store.

“She’s coming
back.” Chaps stepped out to the edge of the road. It had been so long since he
was in the vicinity of a remotely attractive female. As the car drove back
towards the house, Chaps felt his heart flutter in anticipation. Maybe this chick
was in heat. Maybe he could have a crack at her.

Ryan called for
him. “Dude, get the hell back here.”

“No, just wait.
She’s slowing down,” Chaps said, taking a few steps into the road to flag her
down.

“I’m serious, man.
Get the hell over here.” Ryan jogged off to the road and pulled Chaps back.

Before Chaps could
finish his sentence, the car that had been slowing down was speeding in their
direction. He was in mid-scream when metal hit flesh and bone.

The car was a
bullet of siren screams. With engine roaring, it plowed through Chaps and Ryan.
It was quick and painful with body parts and blood bursting into a rainbow of
gore.

Windshield wipers
fluttered quickly to clean up the mess.

Mario had been
standing in front of the house but was now running through the backyard making
his way through the overgrown grass. The car followed.

Mario didn’t make
it very far. It was seconds before the car nipped the back of his knees in a
blur of cracked bone, causing the man to fall forward. The car didn’t hesitate.
It quickly separated Mario’s head from his body, sending it onto the hood of
the car where it sat staring through the glass.

The driver
cackled. “Get the hell off my car, asshole.”

She slammed on the brakes. Mario’s head rolled off the hood and fell
into a patch of toxic grass and bulbous mushrooms.

With screeching
tires the car sped back to the street. The girl inside put a cell phone to her
ear and said, “Oh my god, can you believe those guys? What a bunch of losers
digging through garbage. What’s that? I can’t hang out tonight. I told you I’m
going to that race. Yeah. Well, I’ll call you later, sweetie,
okay
?”

She nodded and
listened. “I miss you, too.”

But there was no
one on the other line. Cell phones hadn’t worked since the war.

“Okay, I’ll call
you when I get to the race,” the girl said and placed the phone on the
passenger seat.

She stepped on the
gas and brought her up to its maximum speed. She was going to be late for the
race. It was all because of those guys at the house. She almost regretted
stopping to snuff them out but then realized it had been good practice. Her car
sped off North. She was on her way to a race.

Fated Memories by Judith Ann McDowell
One Out of Two by Daniel Sada
As I Am by Annalisa Grant
Compromised by Lawrence Kelter
Island of Demons by Nigel Barley
Groomed for Murder (Going to the Dogs) by Dawson, Zoe
Ruined (A Dark Alpha Billionaire Romance) by Silver, Katie
A Conspiracy of Alchemists: Book One in the Chronicles of Light and Shadow by Liesel Schwarz
The Ice-cold Case by Franklin W. Dixon
ConQuest (The Quest Saga) by Dhayaa Anbajagane