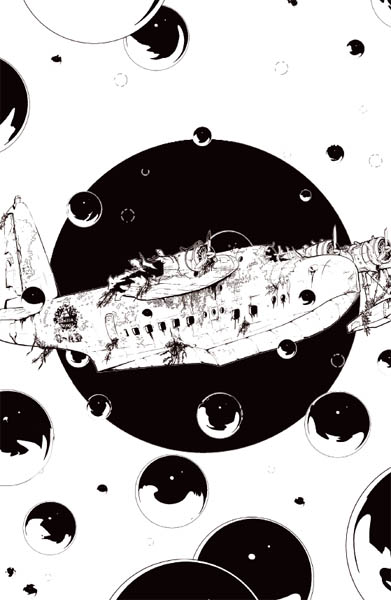 BOOK SIX
OF
THE TUNNELS SERIES

The truth is that there is only one terminal dignity â love. And the story of a love is not important â what is important is that one is capable of love. It is perhaps the only glimpse we are permitted of eternity.

W
ill and Drake learn from Eddie, the former Limiter, that the Styx race is entering the Phase, a stage in their lifecycle which has occurred only two or three times down the millennia. A new Phase would mean the rapid production of an army of Styx Warrior Class Limiters, with devastating consequences for the country as they cut a swathe through the Topsoil population.

Drake's father, Parry, mounts a military operation to destroy a warehouse in which the Phase is taking place. It is thought that all the Styx women have been eliminated and that the Phase has been averted, until a security video on a hard drive reveals that two have managed to escape the net. One of these women, Hermione, goes to ground in Topsoil England, while the other, Vane, travels to the inner world. Each of them intends to restart the Phase, although a successful outcome is far from guaranteed.

The bad news is that Styx mythology tells of a possible second reproduction cycle, effectively a backstop in the instance that the Phase is not able to proceed. This would have even worse implications for the human race as the far deadlier Armagi would be spawned, killing beasts capable of rapidly adapting to different environments, and of regenerating after injury.

As Will and the team regroup to plan their next move, Danforth has come up with his own plan to defect to the Styx. But when he makes his move, he brings about the death of Chester's parents and entombs everyone in the Complex, Parry's government stronghold deep in a Scottish mountain.

After the team eventually manage to escape from the Complex, Parry and Eddie remain Topsoil with members of the Old Guard and Eddie's former Limiters, their brief to track down and kill Hermione. Anticipating that her sister, Vane, is going to attempt to use the population of New Germania as the hosts in a new Phase, Drake leads Will, Elliott, Sweeney and Colonel Bismarck on a
mission to the inner world. Their task is to seal the Ancients' passage and the pore, the only two ways in or out of the inner world, with nuclear explosions.

However, before the devices can be detonated, Drake and his team are surprised at the pore by Vane, Rebecca One and a squad of Limiters.

Colonel Bismarck is shot dead by the Limiters and, in the ensuing struggle, help comes from an unexpected quarter. To Drake and the others' complete surprise, Jiggs has shadowed them to the inner world and now springs into action. He slashes the throat of one Limiter, and then takes a second out of the running by sweeping him over into the pore with him. Drake is forced to do the same with the Styx twin, but is still able to remotely detonate the nuclear bomb as he falls towards the zero-gravity belt.

Sweeney loses his life because he is too close to the electromagnetic pulse from the nuclear explosion, and it fries the circuits in his head. As he topples to the ground, he crushes a test tube in his pocket and inadvertently releases a deadly virus sourced from the Eternal City, which wipes out not just every human and Styx present in the inner world, but virtually all other species. Will and Elliott survive the virus because they have been vaccinated against it, but they are now sealed in Dr Burrows' âGarden of the Second Sun', seemingly with no way to return Topsoil.

And on the surface in a remote cottage on the Pembrokeshire coast, Old Wilkie and his granddaughter Stephanie care for Chester as he tries to deal with the death of his parents.

Although the Phase in the inner world has been forestalled, Hermione's efforts on the surface have borne fruit, and the deadly Armagi are spawned.

This final instalment in the Tunnels series picks up the story just minutes before the nuclear explosion in the pore, as Jiggs battles for his life â¦

T
he battle would end with one of them dead.

They strained and resisted, man and Styx testing each other time and time again as their blades reflected the sun far above, which grew ever smaller as they continued to fall.

The Limiter's lips were drawn back and his teeth bared as he swore in the Styx language, but Jiggs was completely silent.

They'd been locked in mortal combat from the first instant that Jiggs had swept the Limiter over into the void with him. The Styx had lost his long rifle early on when Jiggs kicked it from his grip but, in the blink of an eye, he'd drawn out his scythe. In any case, at such close quarters a bladed weapon would always be the preference.

Without the element of surprise to help him, Jiggs had known that despatching the second Limiter wasn't going to be easy. The first had been caught completely unawares as the perfectly placed strike with a combat knife severed his jugular. The Limiter had died with a frown on his face, still asking himself how the thin, bearded man had been able to appear from nowhere.

And now Jiggs was pitted against the second Styx soldier as they performed the macabre acrobatic display. Their deadly intent bound them together like shackles because neither
would release the knife hand of the other, as that would spell instant death. So the contest went on, both adversaries knowing there was to be no intervention from a comrade, no relief from the topography, because it was just them and the rushing air.

Physically they were pretty evenly matched: both had that strength of sinew and honed muscle that years of service had brought, Jiggs in the jungles of the world where he had been sent in for solo recon missions, and the Limiter from his lengthy tours in the Deeps.

But, little by little, the Limiter was beginning to gain the upper hand. He seemed to have reserves of energy that went beyond those of any human. As they grappled with each other, turning slow spirals through the air, he'd managed to clamp Jiggs' legs together with his own in a scissor move. And now that Jiggs was caught in this inflexible lock, the Limiter was pushing with all his might, applying pressure to his opponent's back. Jiggs could feel his spine beginning to strain â he didn't know much more of this it could take.

And the vicious curved scythe was moving closer and closer to his neck.

The sun was growing ever more remote and the shadows beginning to merge as Jiggs caught a rush of colour in the corner of his eye. Because the void was cone-shaped, the chances of hitting the sides were increasing the further they fell, and Jiggs had seen precisely that â he'd glimpsed the forty-five-degree gradient coated with a dark brown residue which several months earlier Dr Burrows had said was some kind of naturally occurring bitumen.

Jiggs knew that a collision with the side could be his salvation â as things stood, he was losing and needed to buy
himself some breathing space. And quick.

Then they crashed into the slope, rolling over each other as they tumbled chaotically down it, quickly becoming pasted in the sticky bitumen. Due to the marked reduction in gravity at that depth in the void, they weren't so much falling down the slope as bouncing down it, in a manner similar to the motion of a pebble carried along the bed of a river.

âYes!' Jiggs thought to himself, as the Limiter lost his grip on his legs.

Then they entered a stretch of the slope covered with the stunted trees, branches whipping their faces as they tumbled through them, and the struggle growing even more confused as they strove to hold each other at bay.

Rolling off a small escarpment, they found themselves thrown into mid-air again.

Jiggs' defence seemed to waver, as though his arms were giving out. The Limiter seized the opportunity. Twisting his upper body, he drove his scythe at Jiggs' neck in one almighty effort.

Although Jiggs managed to deflect it, the tip of the scythe caught him along the collarbone. As it ripped through the material of his combat jacket, he was fortunate that the shoulder strap of his Bergen prevented it from doing much harm to the flesh beneath.

But the Limiter had drawn first blood. Believing the battle had turned in his favour, he immediately went for a second strike at his opponent's neck.

Exactly what Jiggs had been hoping for.

He'd allowed the Limiter his small victory because he had seen what was fast approaching.

And just as Jiggs had intended, the Limiter had been so
distracted that he hadn't spotted the massive outcrop of rock they were about to cannon into as they gravitated towards the side again.