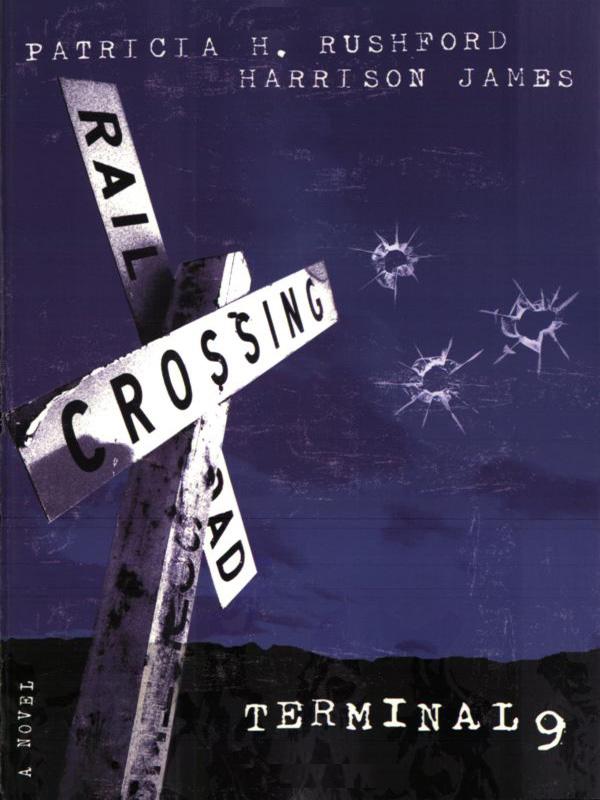 All rights reserved. No portion of this book may be reproduced, stored in a retrieval system, or transmitted in any form or by any meansâelectronic, mechanical, photocopy, recording, or any otherâexcept for brief quotations in printed reviews, without the prior written permission of the publisher.

This novel is a work of fiction. Any references to real events, businesses, organizations, and locales are intended only to give the fiction a sense of reality and authenticity. Any resemblance to actual persons, living or dead, is entirely coincidental.

Clay had been feeling poorly all day. He should have called earlier, but being the stubborn old man he was, he thought the pain would pass. It had only grown worse. Never had he experienced such agony. Clay had no idea what had caused the pain or the spikes in his blood sugar despite his regular doses of insulin.

His vision blurred and dimming, eighty-nine-year-old Clay Mullins clutched the back of the kitchen chair and arched his back in an effort to ease the sharp spasms in his side. His breaths came in gasps. Using the chair for a modicum of stability, he scooted it forward on the linoleum floor and shuffled the final steps to the kitchen phone.

Clay gripped the chair more tightly with his left hand while he reached for the cordless phone with his right. His fingers, now numb and paralytic, refused to punch in the numbers he so desperately needed to press. Still he stabbed at them, hoping to depress the three life-saving numbers.

What was wrong? His mind raced with possibilities. Was he having a stroke? He could think of no other reason for his fingers to go numb and refuse to cooperate with the dictates of his mind. His diabetes? Clay glanced at his medical kit on the kitchen counter. He had been testing his blood sugar and administering his insulin as he always did. His blood sugar was too high, but . . . no, this was something else.

His legs gave way and crumpled beneath him, propelling him to the unforgiving linoleum floor. The phone fell inches from his face, though it might as well have been miles away with his useless fingers clenched and buried in the palms of his hands.

“Help me!” Clay yelled into the silent phone, hoping his clumsy attempt at dialing had been successful. “This is Clay Mullins. I live in the house by the river at Terminal 9. I think I'm having a stroke.” His words sounded garbled and incoherent.

Clay waited for a response, hoping to hear sirens in the background as he used what little strength he had left in his thick arms to drag himself to his knees. The pain in his stomach seemed to worsen by the second, and the numbness in his hands had spread to his wrists and forearms.

Instead of sirens Clay heard only the alarming
beep-beep-beep
from the phone, indicating it had been off the hook too long.

The phone was useless to him now. Even if he could manage to dial, they wouldn't understand him. But there was another way. If he could get to his motorized chair . . .

Clay took a long, shuddering breath, looking at his four-wheeled scooter in the corner of the kitchen. It was still plugged in to recharge its batteries, but there would be plenty of juice to get him to the rail yard. All he had to do was get himself over to the gall darn thing.
C'mon, you old gandy dancer. It's either get to that chair or die on
the kitchen floor.

Old as he was, he had no intention of dying, at least not yet. There were still too many things to accomplish. With a grimace and yelp of pain, Clay lurched forward, nearly passing out from the pain. He lurched again, and again. Finally reaching the chair, he somehow managed to crawl up into the seat. The motorized scooter sat facing the front door, set in forward gear the way he always left itâready to head out at a moment's notice.

Breathing a prayer of thanks and offering up a plea for help, Clay leaned over the handlebars and snapped the toggle switch to the on position. Not needing throttle assistance to move, the machine lurched forward on idle. With its four rubber tires, sporting aggressive tread, the scooter easily navigated the kitchen floor and the carpeted living room. Using his clenched fist, Clay punched the automated door opener on the wall by the front door.

The scooter, now working on its own accord, seemed impatient as it rammed into the doorframe before the door had fully opened. It bumped over the threshold and rumbled down the handicap ramp extending from Clay's front porch. A harsh east wind tore into his shirt. His breaths turned to clouds of smoke on the chilly March night.

With Clay unable to squeeze the hand brake, the machine picked up speed as it hummed over the wooden ramp onto the packed gravel path. Clay wasn't concerned about the speed though, as he'd taken this same route hundreds of times from his riverfront home near the train yard in St. Helens, Oregon, to Terminal 9. Having worked at the Western Pacific Rail Head at Terminal 9 for more than forty years, he instinctively aimed his vehicle at the twenty-four-hour hub, hoping to find someone there who would call for an ambulance.

Clay heaved his body forward, pressing his forearms against the handlebars to steer the scooter away from the path that led down to the Columbia River and onto the trail leading to the rail yard. The glaring lights and deafening sound of the train brakes guided him more surely than his fading sight. His neck muscles collapsed and his head drooped and bobbed around like that of an unstrung puppet.

A convulsion tore through him. Warm vomit erupted from his stomach and dribbled out of his open mouth, down his chin, and onto his shirt.

Almost there.
Clay crossed the footbridge at the first rail crossing that marked the edge of his private acreage and bordered the rail yard property. The right front tire caught in the second rail groove and flipped the scooter on its side, efficiently dumping Clay onto the track.

No. Not now. Please, not now.
Tires spun and the chair whirred in protest. Cries for help died in his throat. His tongue felt thick and dry. He saw no one in the hazy dusk, but then he hadn't really expected to. He was lying on a deadhead trackâa diversion rail that stored empty boxcars waiting to be placed into service. Clay pulled his knees to his chest as the wicked pain in his abdomen and chest worsened. Two quick blasts on a distant air horn and the vibration in the track told him the deadheads were being moved to the terminal on the very track on which he lay. The yard goat would not see his darkened shadowâand even if he did, he wouldn't be able to stop an engine pushing thirty deadheads.

Soon the old gandy dancer would be crushed beneath the wheels of the train. Ironic, in a way. He'd been born a railroad manâhung around the rail yards all his life. Now he would die here.

The lonely horn from the diesel engine and the vibration on the tracks from the train's rumble would startle most peopleâterrify them if they lay in its path as Clay did. But the sounds and vibrations only served to comfort him as he ceased his struggle and gave in to the inevitable.

O
REGON STATE POLICE DETEC TIVE Antonio “Mac” McAllister had just finished a ten-hour shift and was looking forward to an evening watching basketball in his easy chair with Lucy, his eight-year-old golden retriever. Buried in reports, he'd spent the bulk of Tuesday's shift inside his detective cubicle within the agency's Portland patrol office.

“What do we have here, Lucy?” Mac patted the friendly dog on the forehead and scratched her ears as he thumbed through the mail. “Junk mail, junk mail, and what's this?” He turned the envelope over and sighed. “Junk mail.” Mac tossed the pile of advertisements and credit card offers into the recycling bin under his kitchen sink.

Uncle John’s Unstoppable Bathroom Reader by Bathroom Readers Institute
For Sure & Certain by Anya Monroe
Saga Vanir - El libro de Jade by Lena Valenti
Crossword by Alan Bricklin
Man on Two Ponies by Don Worcester
The Devil`s Feather by Minette Walters
Shadows in Scarlet by Lillian Stewart Carl
Chaining the Lady by Piers Anthony
Strange and Ever After by Susan Dennard
An Unsuitable Job for a Woman by P. D. James