Read Terra Incognita: A Novel of the Roman Empire Online

Terra Incognita: A Novel of the Roman Empire 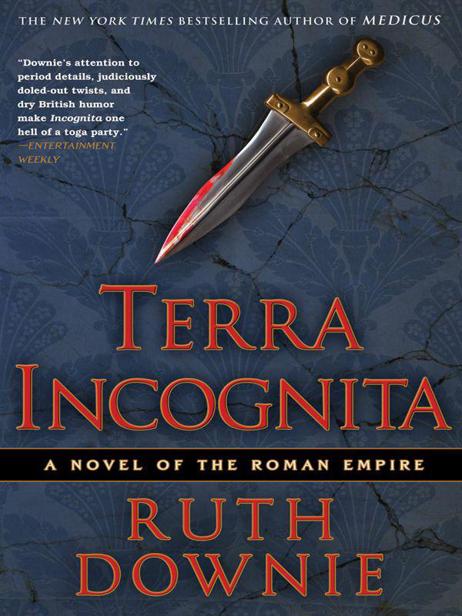 A Novel of the Roman Empire

Postumus—a centurion from the Twentieth Legion

Susanna, who serves the best food in town

Trenus—a man from the north

the ladies of the bathhouse

several other civilians with ailments

a large number of locals

their four (or five) children

not missed at all by

his two half sisters

the governor of Britannia

I can’t live with you—nor without you. 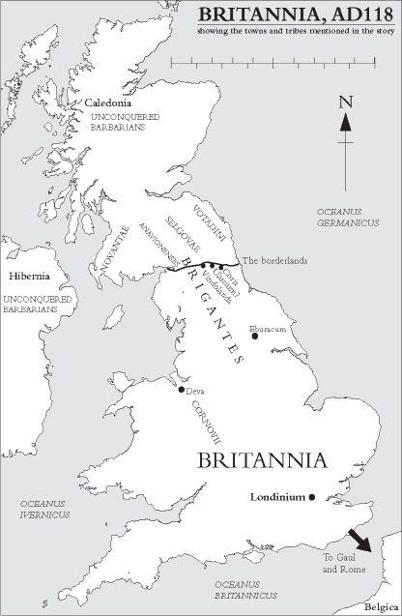 H
E HAD NOT
expected to be afraid. He had been fasting for three
days, and still the gods had not answered. The certainty had not come. But
he had made a vow and he must keep it. Now, while he still had the strength.

He glanced around the empty house. He was sorry about that barrel of beer
only half drunk. About the stock of baskets that were several weeks’ work, and
that he might never now sell at market.

He had nothing else to regret. Perhaps, if the gods were kind, he would be
drinking that beer at breakfast tomorrow with his honor restored. Or perhaps he
would have joined his friends in the next world.

He would give the soldier a chance, of course. Make one final request for him to
do as the law demanded. After that, both their fates would lie in the hands of the
gods.

He closed the door of his house and tied it shut, perhaps for the last time. He
walked across and checked that the water trough was full. The pony would be all
right for three, perhaps four days. Somebody would probably steal her before then
anyway.

He pulled the gate shut out of habit, although there was nothing to escape and
little for any wandering animals to eat in there. Then he set off to walk to Coria,
find that foreign bastard, and teach him the meaning of respect.

M
ANY MILES SOUTH
of Coria, Ruso gathered both reins in his left hand, reached down into the saddlebag, and took out the pie he had saved from last night. The secret of happiness, he reflected as he munched on the pie, was to enjoy simple pleasures. A good meal. A warm, dry goatskin tent shared with men who neither snored, passed excessive amounts of wind, nor imagined that he might want to stay awake listening to jokes. Or symptoms. Last night he had slept the sleep of a happy man.

Ruso had now been in Britannia for eight months, most of them winter. He had learned why the province’s only contribution to fashion was a thick cloak designed to keep out the rain. Rain was not a bad thing, of course, as his brother had reminded him on more than one occasion. But his brother was a farmer, and he was talking about proper rain: the sort that cascaded from the heavens to water the earth and fill the aqueducts and wash the drains. British rain was rarely that simple. For days on end, instead of falling, it simply hung around in the air like a wife waiting for you to notice she was sulking.

Still, with commendable optimism, the locals were planning to celebrate the arrival of summer in a few days’ time. And as if the gods had finally relented, the polished armor plates of the column stretching along the road before him glittered beneath a cheering spring sun.

Ruso wondered how the soldiers stationed up on the border would greet the arrival of men from the Twentieth Legion: men who were better trained, better equipped, and better paid. No doubt the officers would make fine speeches about their united mission to keep the Britons in order, leaving the quarrels to the lower ranks, and Ruso to patch up the losers.

In the meantime, though, he was not busy. Any man incapable of several days’ march had been left behind in Deva. The shining armor in front of him was protecting 170 healthy men at the peak of their physical prowess. Even the most resentful of local taxpayers would keep their weapons and their opinions hidden at the sight of a force this size, and it was hard to see how a soldier could acquire any injury worse than blisters by observing a steady pace along a straight road. Ruso suppressed a smile. For a few precious days of holiday, he was enjoying the anonymity of being a traveler instead of a military—

His first instinct was to snatch a last mouthful of pie.

Since his other hand was holding the reins, Ruso raised the crumbling pastry in acknowledgment before nudging the horse to the edge of the road where there was room to halt without obstructing the rest of the column. Moments later he found himself looking down at three people.

Raw by Katy Evans
A Abba's Apocalypse by Charles E. Butler
Snowed In by Andie Devaux
Toxic (Better Than You) by Valldeperas, Raquel
Crossroad To Love (Fab Five Series) by Kristell, Anna
A Life That Matters by Terri's Family:, Robert Schindler
Extinction (The Divine Book 7) by M.R. Forbes
The Fault in Our Stars by John Green
Great Exploitations: Sin in San Fran by Williams, Nicole
No Ordinary Love by Wright, Kenya