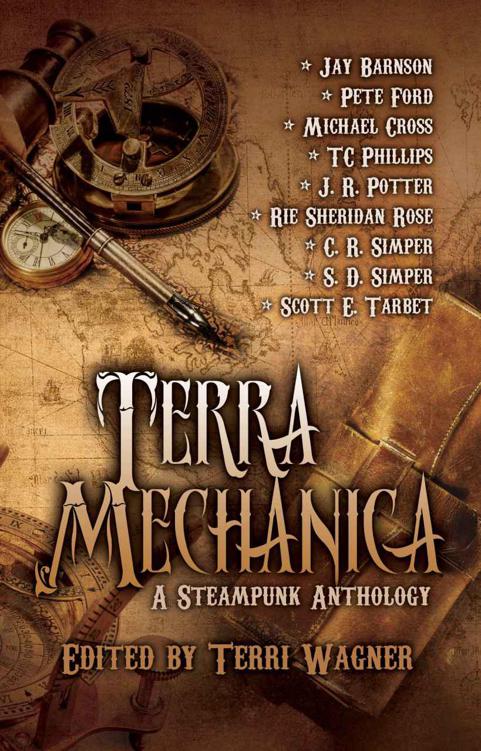 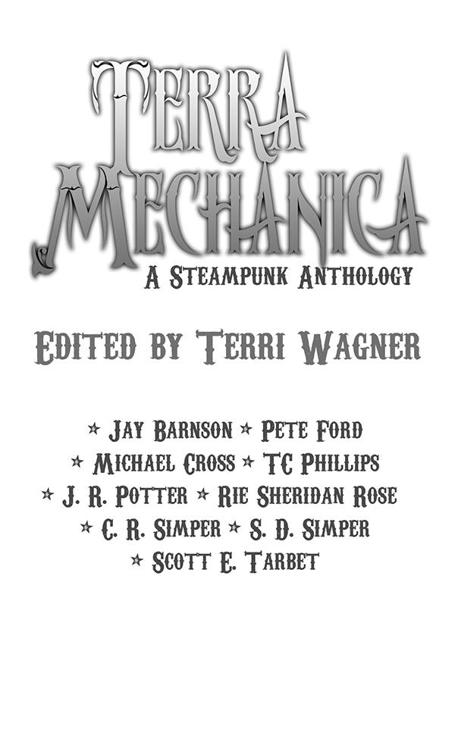 You may not use, reproduce or transmit in any manner, any part of this book without written permission, except in the case of brief quotations used in critical articles and reviews, or in accordance with federal Fair Use laws. All rights are reserved. For information visit
www.xchylerpublishing.com

This eBook is licensed for your personal enjoyment only; it may not be resold or given away to other people. If you would like to share this book with another person, please purchase an additional copy for each recipient. If you’re reading this book and did not purchase it, or it was not purchased for your use only, please return to your eBook retailer and purchase your own copy. Thank you for respecting the hard work of this author.

A shrill steam whistle pierces the cacophony raising from the milling crowd and echoing off the station’s high pavilion. The conductor’s call, deep and stentorian, reaches down the tracks. “Board!”

The private compartment doors shut with a luxurious thunk. The signalman waves his lantern from far down the line. The whistle screeches, the gears clank and grind as they engage with a jolt. The massive engine chuffs as it inches away from the platform.

A parting wave, a lingering kiss, a yearning hand reaching through an open window, a child’s tear-stained face visible through the glass, a disheveled man’s mad dash down the platform and leap of desperation onto the rapidly accelerating behemoth.

Find your berth, stow your gear, and settle well in, for this locomotive travels around the world and beyond. Enjoy the journey.
The tea trolley will be along momentarily.

1. Containing or operated by air or gas under pressure.

2. Of or relating to the spirit.

1. An item of pneumatic equipment.

Nidj had spent half the morning working on the problem, checking wing after wing tirelessly in the hope of detecting the cause of the ship’s erratic behavior. Somewhere, 30,000 thousand feet above the island of Sumatra, the ship had begun listing off course and would not be righted by manual control again.

29,950 . . . 29,900 . . . 29,850
. . . The ship began sinking off the coast of Australia, fifty feet for every second by the Doctor’s calculations. Hovering barely above the clouds thanks to an errant trade wind, it was still a mystery what was threatening Dr. Pax's non-patented pneumatic “Whirly-Bird,” and it seemed that the fate of its seventeen-year-old mechanic and sixty-year-old inventor would soon be the same.

Nidj cursed. She leaned over the side of the Bird and peered down into the grey void luffing with the ghostly forms of clouds. Retracting her pneumatic-mechanic right arm from beneath the ship’s onionskin hull, she watched the arm’s gears and levers jitter and adjust in front of her nose as she gathered her wits for the hundredth time.

The arm still mesmerized her, even after so much time being a part of her own body. The pieces themselves were not fixed, but rather hovered in interlocking segments behind a clear cast of a human arm that ran all the way up to her shoulder.

The scapula and the beginning of the humerus bone had been salvaged from the accident, allowing Nidj still a degree of movement and control over the rest of the modified arm. It was a working substitute, and in some cases, a great advantage over the former arm the train door in Smolensk had crushed.

She could still remember the porter boy's eyes on the other side of the glass—how they filled with alarm
andthen horror
when the arm started spurting blood like a red fountain up into his terrified face. And then the bearded face of the Doctor hovering above her, the moment right before the world got drowned in diethyl ether.

“Intersection point A12 and B12 severed—
correction!
—make that the entire line severed!" she shouted, her voice ringing out through the conch shell the Doctor had modified into a flight mask.

Like most of the Doctor’s inventions, the mask’s secondary function was, perhaps, just as instrumental as its primary. As Nidj spoke, the buzzing widget installed near the mouthpiece translated the words into Morse code, which the Bird's outboard electro-magnetic receivers quickly picked up and retransmitted back to the Doctor pacing anxiously in the cabin above.

Tick-tick-tick-tick-tick!
Long, white tickertape spilled out over the cockpit’s teeming dashboard. The Doctor reached out and held the shoestring-size message up under the three sets of monocles hovering pneumatically above his beak-like nose. He cursed. Tossing the message over his shoulder, he began his feverish reply, tapping out the code with his patent-pending Morse Gloves worn whenever Nidj ventured out onto the deck to risk her life keeping the Bird afloat.

It took a moment for Nidj to translate the flurry of dots and dashes, but soon she could hear the Doctor's heavily accented voice as if he was standing right next to her:
You know as well as I do what this means, Mein Liebling . . . We might have lost them back there, but one of the skyrates tagged us like a Chinese goose. This bird's going down. Unless
. . .

Nidj didn't need to wait for ‘
unless’
.

Dr. Pax might have once regretted endowing his headstrong young charge with the gift of the experimental windsuit. But today those regrets would prove utterly unfounded.

Nidj leapt from the ship’s bow and twisted the quarter-size knob above her heart where the vast network of pneumatic capillaries and trembling levers that comprised the suit’s controls came together. With another swift turn, she could already feel the tubes extending out of the back of the suit, the scream of pressure beginning to rise within them, and then–the sudden
jolt
as the pneumatic jets kicked on.

Suddenly, she wasn't falling anymore. As she recovered the hundred feet of freefall through the clouds, she could make out the white belly of the Bird like an egg with several wings rising above her. There was its delicate, living-room-size hull wrapped in an exoskeleton of a thousand tubes like a more intricate, but no less extraordinary, version of her own windsuit.

She detected the cause of all their troubles: a mechanical midge, a roving sentinel for the pirates of the sky, the skyrates, hidden under the far side of one of the ship’s dozen wings. It was the one place the scanner attached to her arm couldn’t reach. The robot’s drill-like mouth had cut a wide seam down the center of the wing. It was the whole reason why they had started listing off course ever since Sumatra. It would also mean their death if the midge succeeded in severing the wing entirely.

The skyrate’s sentinel and the half-human girl locked eyes. As Nidj made two more quick turns on the knob at her chest, accelerating the windsuit's upward velocity, the midge unhooked its rotator claws from under the Bird’s wing and started falling towards her, claws raised in the air. It took Nidj two seconds to ready the three razor-sharp metal halos that only her mechanical hand could handle.

Seek Me With All Your Heart by Beth Wiseman
SEAL's Code by Sharon Hamilton
The Hollow Needle by Maurice Leblanc
Hunk and Thud by Jim Eldridge
Enigma by Robert Harris
Look at You Now by Liz Pryor
Killing Johnny Fry by Walter Mosley
A Deadly Injustice by Ian Morson
The Kindred of Darkness by Barbara Hambly
Surrender at Orchard Rest by Denney, Hope, Au, Linda