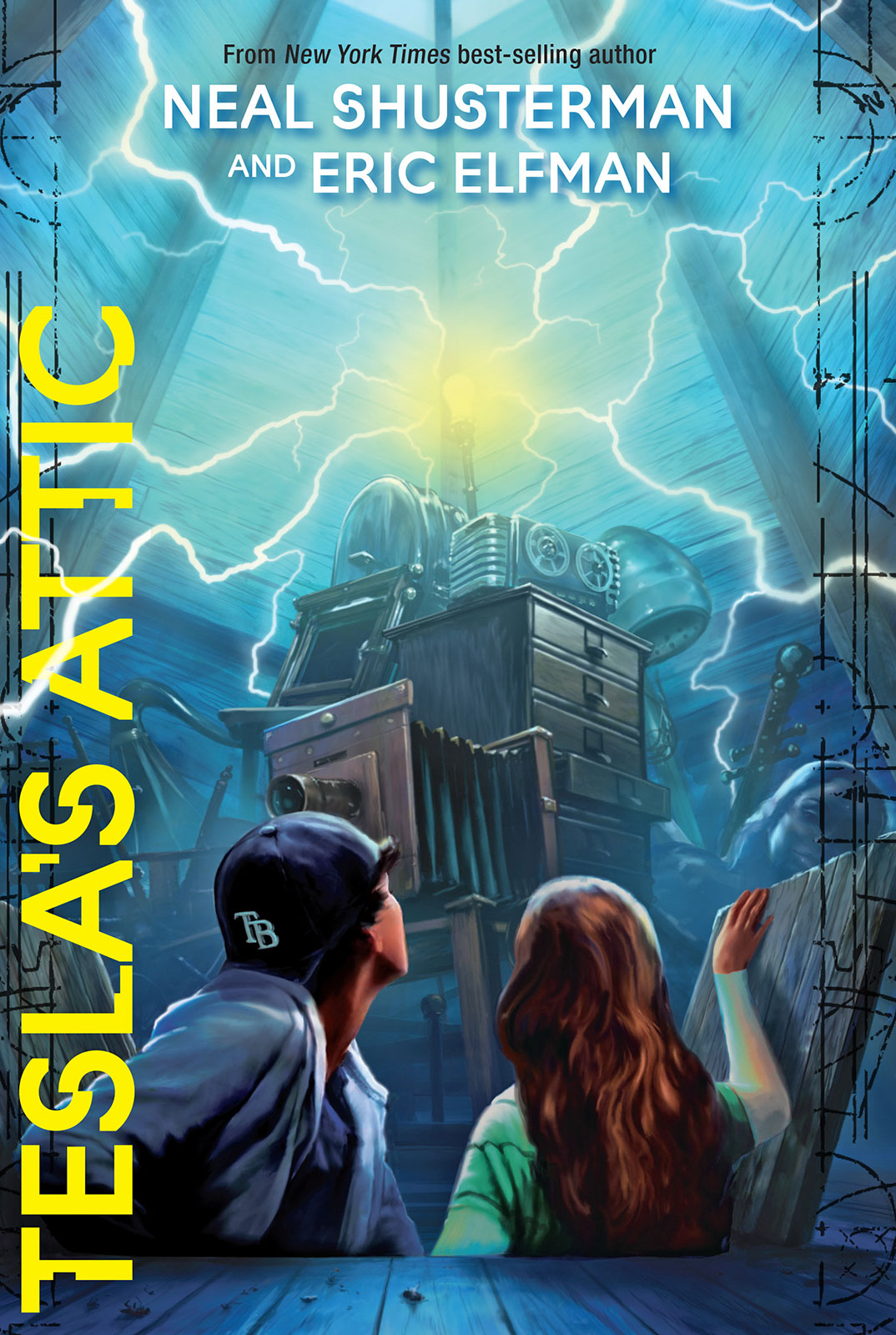 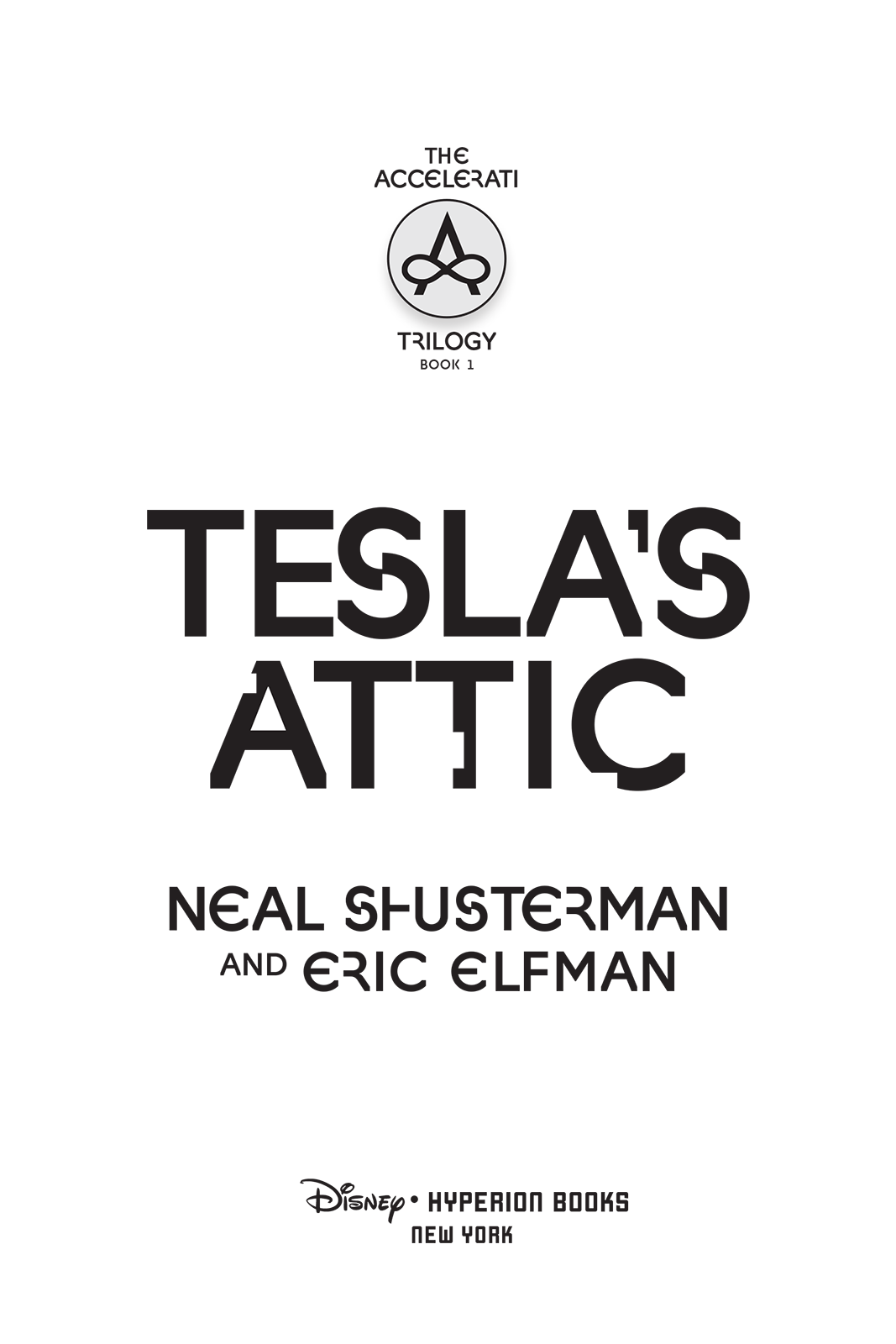 All rights reserved. Published by Disney â¢ Hyperion Books, an imprint of Disney Book Group. No part of this book may be reproduced or transmitted in any form or by any means, electronic or mechanical, including photocopying, recording, or by any information storage and retrieval system, without written permission from the publisher. For information address Disney â¢ Hyperion Books, 125 West End Avenue, New York, New York 10023.

For Joelle and Erin

For Jan and Robby and my mom 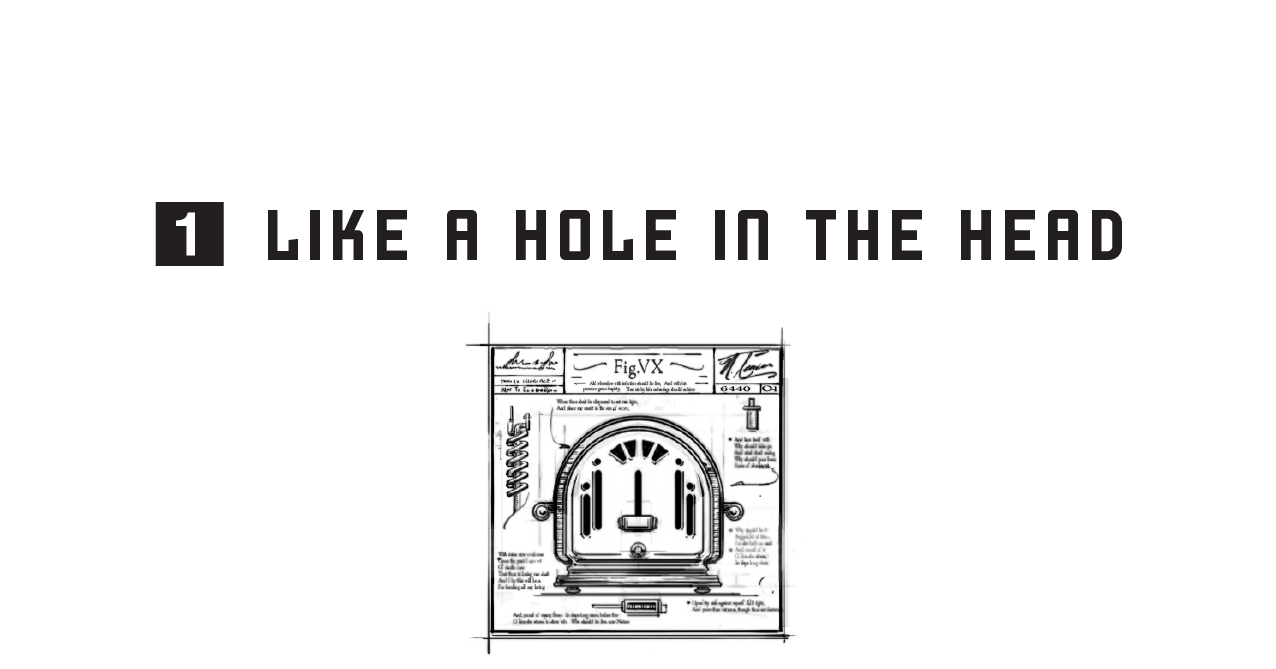 N
ick was hit by a flying toaster. Or, to be more precise, a falling toaster. It was a chrome-plated antique made of such heavy metal that it left a dent in the wooden floor, but not before leaving a gash in Nick's forehead.

“Ouch!” was one of the tamer words Nick said as he fell off the rickety spring-loaded attic ladder, which retracted back into the ceiling like the landing gear of a spacecraft.

Danny, his younger brother, ran into the hallway, and promptly shouted, “Dad! Nick got killed by the attic!”

There was certainly enough blood to suggest that he might have been killed, and although Nick was disturbed by the sight of his own blood, he was more worried about his father's reaction after all they'd just been through.

Their dad came running and quickly sized up the situation.

“It's okay, it's okay, it's okay,” which is what he always said when things were clearly not okay. He took off his T-shirt and pressed it to the wound. He was sweaty from moving boxes into the house, and Nick suspected that this was not particularly hygienic, but when your head is gushing, you don't argue.

“Danny, get in the car,” their father ordered, and, still strong from his old baseball days, he picked Nick up and carried him down the stairs.

“Dad, I can walk. It's my head, not my feet.” Nick had just turned fourteen, and he could not remember the last time he'd been carried by his father.

As they burst out of the warped and peeling front door of their new home, Nick had a horrible image of all the kids in the neighborhood watching this little domestic drama with mild amusement.

Great
, Nick thought.
Just how I want to be introduced to the
neighbors.

Their car was still packed with most of what was left of their belongings, all still smelling faintly of smokeâa constant reminder of what was propelling them across the country. The car had broken down twice on their way to Colorado Springs, and Nick wondered if it would give out on them again between here and the emergency room.

“Just keep pressure on the wound,” his dad said as he started the car and backed out, crushing one box or another in the driveway. With the shirt now as wet with blood as it was with sweat, they sped off into a neighborhood they didn't know, in search of a hospital they had no clue how to find.

If a fortune-teller had told Nick two months ago that he'd be leaving Tampa, Florida, and moving to Colorado Springs, he would have demanded his money back. There was simply no way. His mom was a well-respected dentist, and his dad, well, he worked regularly enough, and everyone knew and liked him. As far as Nick could see, their lives were built on some pretty solid ground.

Fires, however, have a way of consuming even the most well-built families.

Finding a hospital on your first day in a neighborhood poses its own set of problems, and GPS is nonexistent when your cell-phone service has been turned off because your father forgot to pay the bill. Nick suspected he would either heal or bleed out before they got there, because even in an emergency, his father was not a man who would ask for directions.

When they finally found it, Colorado Springs Memorial was no different from any other hospital. The emergency room was full of various coughs, fractures, and bloody makeshift bandages, all swimming in an air of impatience and irritation.

For the most part, Nick's bleeding had stopped, but he kept pressure on his wound. Beside him, Danny played a handheld video game while their father filled out forms and then tried to convince the Empress of Admissions that their insurance was good in Colorado. Nick figured it was like negotiating with terrorists.

Shortly before they took Nick in to get stitches, Danny, without looking up from his game, said to him, “Are you gonna die, too?”

Nick almost said something mean back to him for asking such a stupid question, but then an unexpected wave of understanding hit him. Or perhaps it was a concussion.

Danny finally looked up at his brother. “Prove it.”

Nick remained silent. In theory, they had moved here to start a fresh, shining new life. But even the most promising theories can be impossible to prove.

When you see a fire raging out of control, it's hard to believe it's nothing more than a simple chemical reaction: potential energy released in the form of light and heat. It seems alive, with a soul as dark as the flames are bright. Watch it long enough and you can truly come to feel that its raging destruction is motivated by fury and a cruel desire to cause pain.

The blaze that had consumed Nick Slate's home and changed his life was that kind of fire, burning so hot and so fast that the house was reduced to cinders in a matter of minutes.

It seemed they all woke up at once, his father racing to Danny's room, his mother to Nick's. They bounded down the stairs, the smoke already so thick it was impossible to see.

Nick held his breath and got low, knowing his house well enough to be sure of what to do: make a right turn at the bottom of the stairs, go straight for five yards, then turn left and out the front door.

But time and space are very different when you're in a panic.

Nick bumped into a wall, lost his sense of direction, and took a gasping breath of black smoke. Immediately he began to cough and grow dizzy.

Then something in the kitchen exploded, sending a shock wave down the hallway and blowing the front door off its hinges. Through the smoke and flames Nick saw a smoldering portal into the night and he leaped for it, escaping onto their front lawn, where he joined his father and brother.

His mother had been right behind him.

But when he turned, she was gone, and there was nothing there but the burning house.

His father pushed past him and ran back to the door.

In his heart of hearts, Nick still believed that his father was the hero he had once been. He believed his dad would race into the flames and bring his wife out in his arms like the old photo of him carrying his new bride over the threshold.

But even before his dad got to the house, a second explosion threw him backward and collapsed the porch, blocking any entry into the house. The three were left standing there, stunned beyond wailing, watching their life crumble in on itself, taking Nick's mother with it.

The toaster left Nick with four stitches, simple and quick. The emergency room doctor spent the whole time describing the really bad wounds he'd had to sew up in his career, as if Nick's little forehead gash was inadequate. Nick would have to come back when an alien burst out of his chestânow
that
would require some serious knitting.

“A scar's not necessarily a bad thing,” Nick's dad said as they drove back to the fixer-upper they had inherited. “A scar shows that you've lived. Harry Potter has a scar on his forehead, and look at him.”

“You're missing my point.” And for the rest of the ride back, their father glorified scar tissue to the point that Danny was determined to get one, too.

They approached their overgrown driveway and the weathered Victorian house behind it. Nick looked at the upstairs windows staring like perpetually mournful eyes and he felt a wave of nausea that had nothing to do with his injury.

“Hey,” said his dad. “We've been through a lot.” Very softly, he brushed his thick fingers over the gauze taped to his son's forehead. “Why don't you pick whichever room you want for your bedroom.”

It was their father's decision to move here. Nick could have raised a stink and insisted they stay in Tampa, and he knew that his father, as broken as he was from the tragedy, would have given in. But instead Nick had said, “Let's do it,” taking on the role of his father's sounding boardâa role that used to be his mother's. “It'll be an adventure.”

So they took what little they had from the hotel room they'd been squatting in for the previous two months, and they set off for Colorado.

Their father resumed unloading boxes from the car, while Danny planted himself in front of the TV and changed the channel from one version of snow to another, refusing to believe there was no cable.

Upstairs, Nick found the offending toaster where it had fallen, and picked it up.

It was an old thing of curved chromium steel with spots of rust that had begun to chew away at the chrome. The base was made of a black material that wasn't quite rubber and wasn't quite plastic, and its two deep slots were filled with coils of wire descending into darkness. It seemed ridiculously heavy for an object of its size.

There was something else about the toaster, too, something that troubled Nick, but he couldn't figure out what it was. One thing for sureâit was an ancient relic that belonged exactly where it had come from.

So Nick reached up and once more pulled down the trapdoor that led to the attic. The wooden ladder unfolded smoothly, and he backed away in case anything else decided to fall. When all seemed clear, he climbed up with the toaster.

He found himself in a space much larger than he'd expected. Bare wooden beams, covered with cobwebs, stretched to a pyramid point high above his head.

He looked for a place to put the toaster down, and realized there wasn't a place. That's why it had fallen. The attic was packed with old stuff that could only charitably be described as junk:

Furniture so moth-eaten there was little more left than springs. A bicycle rusted beyond repair. A bulky reel-to-reel tape recorder. An antique box camera. Some kind of old-fashioned pump vacuum cleaner. An electric mixer with odd, flat paddles. Plus other objects of questionable technology, the purpose of which Nick couldn't begin to guess.

He pictured the room with the junk cleared away, and he realized the attic could make a very livable space.

Danny poked his head through the trapdoor. “Bet there's lots of spiders.”

“Only the man-eating ones,” Nick replied.

“Ha-ha,” Danny said, but he retreated at the prospect anyway.

As he looked around at this boneyard of uselessness, Nick Slate had a simple idea. An idea that would not only change the direction of his life, but the very course of human existence.

He would hold a garage sale.