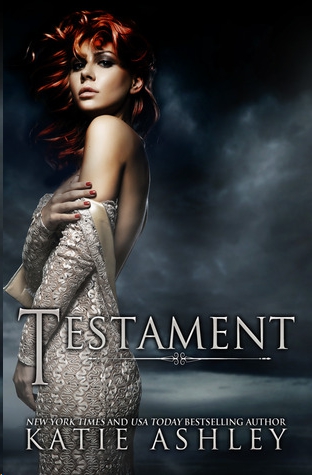 To my SC's: Raine and Rebecca, you inspire me with your wisdom, your love, and your humor. I'm eternally blessed by our friendship, and I couldn't make it without you.

Raised voices greeted me as I stepped off the palace’s gold-plated elevator. Heated poker games played out at the five circular tables in the rotunda. I balanced a tray full of multi-colored drinks in one arm, silently praying I’d make it to the tables without dropping them. Despite my elevated position as dining hall hostess, I wasn’t the most coordinated or graceful. I wrinkled my nose in disgust as pungent cigar smoke stung my eyes and turned my stomach. I tried focusing on the sound of the poker chips clicking against each other as the highest ranking officials in the land weighed their options. I dutifully handed out the drinks, plastering on a smile that might garner a tip or two.

“Cadence!” My head jerked up at the sound of my name.

“A client wishes to see you downstairs. You can meet him in Suite 109.”

I nodded and headed back to the elevator. I glanced one last time over my shoulder at the cards floating between the players. The elevator’s sharp descent jolted a long forgotten memory into my mind.

I was a little girl, and I was making a house of cards. It was something I loved to do even though I knew my mother disapproved. It frustrated her to no end because part of a deck always ended up missing when it came time for my parents’ weekly poker game with friends. She was a stickler for order and organization. My father, however, would argue with her. “Why, Kathleen,” he would bellow in his warm voice, “building houses out of cards shows Cadence has infinite patience and determination. I mean, think about her constantly stacking and restacking those cards.” Just as soon as he finished, either my mother or my brother would interject that with my dark eyes and flaming red hair, patience didn’t reside in my DNA.

The memory faded from my mind like the wisps of morning fog that once blanketed our family home. I closed my eyes, trying to savor it. It’s funny, as a child you never really see the big picture. You don’t comprehend the enormity of the images on the television as you’re playing with cards. Political unrest, natural disasters, conflicting ideas—they were the house of cards our world was built on. As I grew up, it precariously survived on shifting sand until one day it all collapsed.

Historians would call it America’s Second Civil War or sometimes The Great Fall. Instead of the Blue and Gray’s brother against brother, ours was one of believer against non-believer and rich against poor. Organized religion of any kind was banned. We became a society ruled by industry and CEO’s rather than the democracy run by a president and houses of government that I’d grown up with. The Golden Rule was enforced: whoever had the gold, made the rules.

Our world scattered to the winds like a fallen house of cards.

The elevator shuddered to a stop on the palace’s main floor. I tucked the tray under my arm and hurried down the left wing of guest suites. I could almost hear Ms. Sullivan’s nasal voice in my ear.
“Cadence, you never want to keep clients waiting since they are paying good money for your services.”

I rapped once on the door before swinging it open. A dark haired man in his early thirties paced around the suite’s main room. When I closed the door behind me, he jumped like he’d been shot. His eyes widened. “They didn’t tell me you’d be so young.”

My temper got the better of me, and I rolled my eyes. “Whatever, are we going to do this or not?”

He appeared to be weighing his options. Finally, he nodded and dug into his pockets. Without a word, he thrust a wad of cash at me. “Is this enough?”

I flipped through the bills. “Yeah, it should be.”

He glanced around the room. “Where should we…?”

“The couch is fine.”

Nodding, he eased down onto the green tapestry fabric. He shifted uncomfortably.

I sat down next to him. “Give me your hands.”

Obediently, he placed his palms in mine. I should have imagined they would be sweaty. “Now tell me about your dream.”

In a shaky voice he began to relate the events that stood out. Symbols and interpretations swirled around in my mind. “I was walking along a dirt road when I saw an injured animal on the side. I stooped down to check on it, and then a bird came swooping down and started attacking me instead of the animal…”

Closing my eyes, I gripped the man’s palms tighter, letting myself slip further and further into his world. A picture formed in my mind as vivid as switching on a television set. Family conflict raged around him. The face of his father appeared on the injured the animal, and then his wife’s face appeared as the angry bird. When I opened my eyes, I realized the man had stopped talking and was staring suspiciously at me.

I tried smiling reassuringly at him. “You and your father are experiencing a separation, aren’t you?”

His eyes widened, and his head bobbed up and down like a yoyo. “Yes, we are.”

“Well, you need to go to your father and make things right. Explain to him you are only trying to do what is best for him. If you approach it the right way, I’m sure you will find him willing to meet you halfway.”

Drawing in a ragged breath, I said, “Also, you have to tell your wife not to meddle in your family affairs.”

“That’s terrible.” He shifted in his seat. “My father is aging, and I want to help him. My wife…she just doesn’t understand.”

“Try to get her to understand.”

He sighed. “Thank you. I appreciate your help.”

I eyed the wall clock. The hands inched precariously close to five. I hopped up. “I apologize that I’m going to have to cut our time short, but as the head dining hostess, I’m afraid I have to leave to serve dinner.”

He nodded. “I understand. Thanks again.”

Fighting the urge to break into a run, I weaved in and out of the crowd in the hallway. Today was
not
the day to be late for serving. Not when the usually empty dining hall would be teaming with distinguished guests. I eased through the kitchen’s back door, hoping to blend in with the harried and frantic kitchen staff. “Just in time,” Ms. Sullivan remarked. I bit my tongue to keep from reminding her she’d been the one to organize a dream reading. Instead, I grudgingly handed over her cut of the interpretation. Only at the palace did I have a middle man.

Her eyes flickered on the bills for only a brief second before she slipped them into her apron. “Well, off you go. We mustn’t keep the dignitaries waiting.” She pressed a crystal water pitcher into my hands and sent me through the swinging door.

Inside the great hall, the highest members of society dined on lobster and sipped the finest champagnes. Clearly by their smiles and appetite, they were all enamored to be within the company of the Emperor. It always seemed odd referring to him that way. I could still remember a time when we had presidents, and emperors were only titles in my history books.

Rays of sunlight streamed in from the floor-to-ceiling stained-glass windows. But it wasn’t the sunlight that blinded me. It was the dazzling beams of light that bounced off the crystal goblets and shining silver flatware. Regardless of the fanfare, I kept an almost robotic precision refilling the guest’s water glasses.

Men, in their expensive tuxedos, and the ladies, with their glittering dresses and shimmering diamonds, barely acknowledged me—a lowly waitress schlepping out bread and keeping the alcohol flowing.

Richard Quinn, once touted as the third richest man in the world before the Great Fall, sat at the head of the table. To his right was his son Kellan, the only heir to his business empire. The feast was being given in Kellan’s honor in light of his recent engagement. He had just turned eighteen, but it was thought to be the right thing to do to align him with a daughter of another strong political family from another territory, or industry.

When I grew up, marriage was about love and passion. Now we’d actually resorted back to an almost feudal time period mindset of arranged marriages, especially early ones. They were to have a proxy wedding in a few weeks, but they would not officially live together until Kellan finished his apprenticeship in Richard’s business empire. What his fiancée, Venessa, would do in those years, I had no idea. College and university were options only allowed to a small percentage of the population, especially young women. After so many died and were imprisoned in the Great Fall, a new generation was sought after, and girls were fast becoming breeding machines.

The Man in the Rockefeller Suit by Mark Seal
Kill All the Lawyers by Paul Levine
The Monkey Grammarian by Octavio Paz
Beneath Our Faults by Ferrell, Charity
Mesopotamia by Arthur Nersesian
The Silk Road: A New History by Valerie Hansen
Immortally Ever After by Angie Fox
Dead Wrong by Susan Sleeman
Opening Moves (The Gam3 Book 1) by Cosimo Yap
Brain Guy: A gang killer meets his match in a TNT blonde by Benjamin Appel