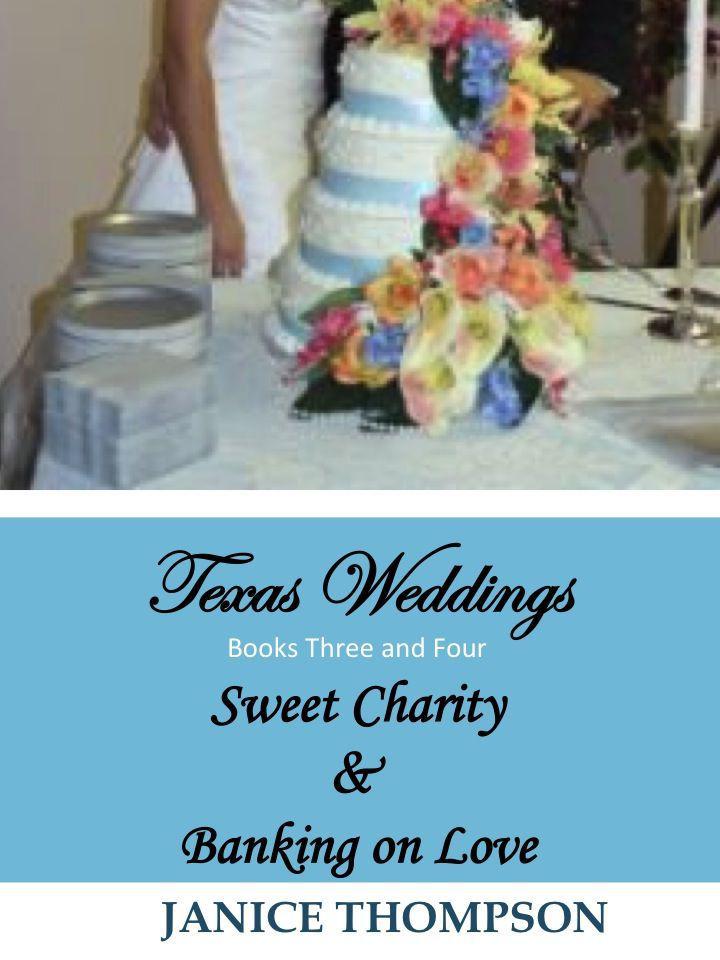 This
fun-loving story about a young woman’s love for children is dedicated to my
daughter, Megan, who works as a private nanny. Megan, your face lights up every
time a child enters the room, and that warms my heart. May you always remember
that each child is a special gift from God, even the ones who try your
patience.

“Shauna, you’re going to be working with the two-year-olds.”

“How do you feel about that, dear?”

Shauna hesitated a moment before answering. Caring for
children that young didn’t exactly fit into her plan, but then again, how hard
could it be? She tried to sound self-assured as she spoke. “I usually work with
the older ones, but I’ll be happy to give it a try.”

Her recently acquired degree in early childhood education
had given her a well-rounded knowledge of children, but she had hoped to focus
on four- and five-year-olds. Then again, maybe this was God’s plan. Surely she
could handle toddlers—with a fistful of prayer and a good, positive
attitude.

“I’m sure you’ll do
fine,” Mrs. Fritz said with a smile. “Children are children, regardless of
their age. And you seem young at heart. That’s a quality the younger boys and
girls will really relate to. You seem like a lot of fun.”

“Thank you. That’s
really sweet.” Shauna smiled as she pondered the director’s words of
encouragement. Mrs. Fritz was not the first to make note of her youthfulness,
and Shauna saw this quality as a potential asset. She hoped so, at any rate.
Her experience had been limited, at least so far—though her hopes and
dreams of working with children never wavered. Someday, she would have a day
care of her own, if everything went as planned.

“Let me show you
around, honey,” the older woman said with a smile. “I just know you’re going to
love our facility. And I’m sure it won’t take you any time at all to fall in
love with the children.”

Shauna couldn’t help
but feel hopeful as she followed Mrs. Fritz through the halls of the child-care
center.
What an adorable facility.
Despite its age, the
Hiz-Kidz
Christian Day Care
proved to be quite colorful and creative. In fact, the sights and smells
tickled her senses and caused her to want to be a part of this wonderful place.
The rooms overflowed with active little ones. Their childish chatter, though
loud, stirred Shauna’s imagination and warmed her heart.

“This is our infant
room.” Mrs. Fritz pointed toward a large room filled with uniform white baby
beds. The walls, soft powder blue, were hand-painted with clouds and stars. The
whole place was a dizzying mixture of aromas—some good, and others not so
good. Shauna looked around curiously, wrinkling her nose.
Ah. That would explain it.
In the corner of the room, an older
woman was changing a youngster’s diaper. The little one let out a squeal,
fighting the routine.

“We take them from six weeks up to about a year in here,”
Mrs. Fritz explained, clearly oblivious to the noise. She pointed at one of the
workers, who held a sleeping infant in her arms. “That’s Lila. She’s got three
children of her own. And over there is Nora. She’s been with us for sixteen
years.”

Shauna nodded in the
direction of the two women. Lila, a lovely young woman with olive skin and a
broad smile, returned the gesture, but Nora, the older, diaper-changing woman,
gave her a stern once-over that sent a little shiver down Shauna’s spine.

Goodness. I
don’t want to get on her bad side.

“We always use two teachers in the infant room,” Mrs. Fritz
explained. “The babies are quite a handful.”

Shauna traipsed along behind Mrs. Fritz as they made their
way to the kitchen. A young woman, probably in her early twenties, dished out
plates of macaroni and cheese and green beans with an ice cream scoop. She had
shocking red hair and earrings that lined each ear all the way up.

Mrs. Fritz made the
introductions, clearly not focusing on the girl’s appearance. “Ellen, I’d like
you to meet Shauna. She’s going to be our new lead teacher in the two-year-old
room.”

Shauna groaned internally as the words were spoken.
Two-year-olds. Help me, Lord.
She smiled
in the young woman’s direction, trying not to let her disappointment show.

Ellen looked up from
her work just long enough to verbalize a quick greeting. Her dazzling smile
convinced Shauna they would be friends.
Thank
You, Lord. I needed someone my own age here.

Mrs. Fritz led the way
through the other classrooms, each ablaze with activity. A finger-painting
project appeared to be underway in the four-year-old room. Messy paints in
bright blues and reds adorned every chubby finger. The five-year-olds were out
on the playground—some swinging, others arguing with one another over
who
would get the next turn on the slide. The older,
after-school crowd was distracted by a video, though many of them seemed to be
content to tease and torment each other instead of paying attention to the
film. By the time they reached the two-year-olds, Shauna felt a bit dazed.
Would she really be able to take this much activity?

“Here are your little
charges.” Mrs. Fritz entered a colorful room with pastel rainbows painted on
the walls. From the rainbow hung an array of bright silver stars, each one
printed with a child’s name. Shauna helplessly gazed around as she counted.
One, two, three,
four.
. .eight, nine, ten, eleven,
twelve.
Twelve? How can I manage with so
many?
Their voices rose and fell as the teacher, a young woman with a
knotted brow, worked to calm them.

“This is Julia.” Mrs.
Fritz pointed to the frenzied-looking young woman with sheer exhaustion etched
on her face. “She’s not able to teach after this week. You’ll be taking her
place. That is, if you’re still interested.”

Shauna looked
carefully at the smirk on Julia’s face, trying to read her expression. The
young woman seemed to be trying to tell her something with a glance, but what?
Run as fast as you can from this place!
Was that it? Then again, could she really base her decision on a look?

Shauna glanced over the roomful of children. How difficult
could they be, anyway? Most of them were absolutely darling with their colorful
clothes and whimsical voices. She felt herself drawn to them immediately and
could see herself here, in this place, teaching them and loving each and every
one. After all, there was no obstacle so large that love could not overcome it.

“Charity, turn back
around!” Julia scolded a particularly beautiful little girl with blond curls
who sat in the corner. “You still have three minutes left.” She tapped her
watch, clearly for effect.

“Three minutes in the
corner?” Shauna asked, amazed. “What has she done?”

“What hasn’t she
done?” Julia mumbled as she reached over to pick up some toys from the floor.
She shook her head and pressed a stray hair behind her ear. “You name it, she’s
done it.”

“Humph.” Julia turned
the opposite direction.

How awful!
Shauna shook her head, suddenly determined. What kind of
a woman would take an innocent little girl like that and glue her nose to the
wall?

“I’m still interested.” She faced Mrs. Fritz with a renewed
anticipation. “And I’d be happy to start on Monday.”

As they turned and
walked from the room, she felt sure she heard Julia’s mumbled response: “Good
luck. You’re going to need it.”

Kent Chapman looked around the small church office, trying
to take it all in. Nothing in his twenty-seven years of living could have
prepared him for the challenge he now faced. And yet all of life’s many
lessons, good and bad, seemed to have come together, forming a road that led
him here—to the pastor’s office of Grace Community Church.

None of his friends
from high school would believe it, even if they had sobered up a bit. After
all, he could scarcely believe it himself, in spite of his radical conversion
and years of working in public relations. Even his mother, his greatest fan,
seemed a bit dubious at the prospect. Kent understood the uncertainty,
especially in light of his years of rebellion as a teen.
What in the world is God up to here? Why would He pick me, of all
people?

And
yet here he stood, a nervous twenty-seven–year-old, in the tiny pastoral
office of Grace Community, ready to—at least temporarily—fill the
shoes of Pastor Meeks, a man of God the congregation had loved for thirty-five
wonderful and fruitful years.

“Just six months,
Kent,” the board members had implored. “Six months will give us time to bring
in a new man, someone who can put a fresh face on things. That’s all we need.”

Kent had argued, as
much with the Lord as with the leaders of the medium-sized congregation. How
could he possibly fill the shoes of someone like Pastor Meeks? And how could
these godly men overlook his years away from the Lord as a teen, entrusting him
with the position of leadership? And yet they had. How could he argue with
that?
And why would he want to, when God so clearly laid the
idea of ministry on his heart?

“You’ve worked
so well with the youth group.”
Kent smiled as he remembered the kind words the men had spoken over him.
“And you know so much about what draws them
in. That’s what we need around here, at least for a while—a young fellow
like you to bring us into the twenty-first century. We’ll find the man for the
job, but in the meantime, you’ll more than do. Besides, we need a familiar face
in the pulpit, someone the people can relate to. It’s going to be mighty hard
to adjust to someone brand new after all these years. Transitions take time.”

Yes, they do.
If Kent understood anything at all, he understood that. This certainly wasn’t
the first time he had been asked to take the reins and move into a new position
of leadership. His mind reeled with all of the changes he’d been through over
the past several
years.
. .transitioning into the role
of “head of household” after his father died…opening himself up to a
relationship with his stepfather, Andrew, after his mother remarried…entering into a relationship with the Lord after being away for so long…stepping into marriage with Faith at age twenty-three, and the birth of their
daughter just a year and a half later.