Read That One Time Online 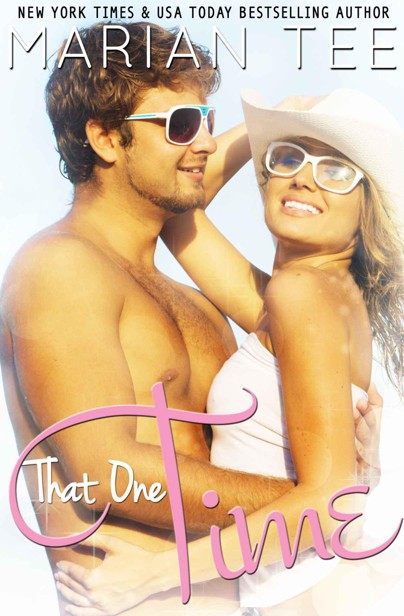 23-year-old Ayah Chandler believes in love at first sight, and she should – since it only took
that one time
for her to fall head over heels for a man who looks like an angel but seduces like the devil.

Billionaire Nic de Koningh grew up trusting no one but himself, but all it took was
that one time
with the free-spirited Instagram-loving Ayah to question everything he believes and doesn’t believe in.

As they meet once more in the exotic urban paradise of Hong Kong, Nic and Ayah finally have a chance to discover the answer to the burning question in their hearts.

Can love spring from a moment of connection or is it an illusion that will only scar them for eternity?

All the general overhead lights in the business section of the plane were dimmed, and the only sounds in the area were the quiet murmurs of the flight attendants in front of Nicolaas “Nic” de Koningh. His eyes were closed, but he was not asleep. Rather, he was pretending he was so.

His bad mood over a bungled deal had been completely wiped away at the sight of the young woman sitting next to him, who was surreptitiously trying to reach the back seat pouch in front of him that contained magazines together with safety and hygiene paraphernalia for passengers.

He had barely paid her attention when he took the seat next to her, his temper sorely tested then. Not only was his business in danger of losing a multimillion deal, but his family’s private jet had also broken down unexpectedly, forcing Nic to take the next available flight to Amsterdam from Miami.

Nic had been ready to call security on the woman, her desperation evident as she twisted and struggled against her seatbelt, trying to reach for—

Seeing that all her frowning attention was on the curious object of her desire, he took a risk of having her find out he was awake by opening his eyes a little. He wanted to see what made that throw bag so special for her to try to take it.

A portion of the throw bag peeked out of the pouch, and he could see that it had a unique design, one with those cute little Japanese dolls they called ‘kokeshi’.

Nic recalled a tie-up between an accessory firm and Jaewon Airlines and wondered if this could be one of its results. If he had known such a tie up would make a business class passenger go to such lengths to try to steal one, Nic would have beaten Jaewon’s COO, Park Jin, in buying the company.

The muttered curse had Nic’s gaze swerving back to the girl next to him, who had once again failed to swipe the throw bag out of the pouch.

Feeling her gaze at him, he kept his eyelids closed and after half a minute, Nic felt her looking away and focusing on the throw bag again.

He heard the sound of a seatbelt unclipping and felt the girl rise from her seat.

“Shit!” Looking at her with a hooded glance, he caught sight of the girl crossing herself and had a hard time not smirking at that.

He watched her take a deep breath and then slowly, carefully, and quietly stretch her arm out, doing her best not to touch him in any way as she tried to reach for his throw bag—

Another passenger had shoved past her it seemed, and the next thing Nic knew she ended up face squashed down on—

One moment, Ayah Chandler had been so close to getting that limited edition throw bag and the next thing she knew, she was falling face down onto the other passenger’s lap.

Before she could fully digest what was happening, something hard suddenly pressed against her face. At first, she wondered hysterically if she had hit her face against a concealed gun, but when the hard thing kept growing and pulsing, the truth eventually set in a few moments later.

She shot up, face flaming, accidentally hitting the stranger’s chin with the back of her head.

He muttered something in a foreign language – German? Russian? Dutch? – and though she did not understand it, Ayah knew it was sure to be an expletive.

Ayah waited for him to speak, to ask what the heck she had been doing, but he did not, making her feel obliged to speak first. She reluctantly raised her gaze to him – and kept staring, her jaw dropping. She couldn’t help it.

An angel
, she thought dumbly. Blond hair, blue eyes, and the most wickedly handsome face, the way he smirked at her making Ayah blush. He was an angel, all right, but the kind that sinned and made you want to sin with him.

An angel that had been aroused by her face against his cock.

“Did you want this?”

Startled, she realized that the beautiful stranger was dangling the throw bag in the air between them. Ayah frowned. It was like he was tempting her with a treat—and unfortunately for her, it was working.

She really wanted that throw bag!

Nic frowned back. It was the only way to keep himself from laughing out loud, with the way she was visibly struggling not to snatch the throw bag out of his fingers.

She raised a brow back at him.

This time, he laughed. “It is yours if you want it,” he said, his voice lowering to a tone of practiced seduction.

Nic blinked. Apparently, she really did want the throw bag – so much so, he did not even figure in the equation at all.

She was so different,
he mused as he gave her the throw bag and she carefully took it from him. He waited to see what she would do with it, but she just smoothed it lovingly with her fingers before placing it on her lap.

“Why did you not just ask for another one from the crew?” he questioned, truly curious.

She shrugged, not wanting to let the guy know that she was too shy to do so.

Realizing that she was not going to answer, he asked her another question. “What are you going to do with it?”

Ayah shrugged once again, pressing her lips together. He looked like some kind of powerful businessman. He would never understand her fascination with travel souvenirs.

The stranger nodded at her, as if understanding and respecting her privacy. In a little while, she sensed him falling asleep. She sneaked a look at him. His eyes were closed now.

She took her phone out as quietly as she could and relaxed when he still didn’t stir in his seat.
He must be so tired
, she thought as she placed her phone on the table and started taking out more stuff from her bag – all airline souvenirs.

She started arranging them artfully on the table – unused napkins, plastic-wrapped utensils, peanut bags, tickets, and of course the limited edition throw bag that her friends would surely find cute.

When she was satisfied with the arrangement – everything was arranged to form the shape of a heart – Ayah picked up her phone again and clicked on the Instagram icon. Making sure that her camera was set to silent, she focused on the arrangement, waiting for the camera to zoom—

“You wanted it for a photo?”

His voice had her jumping, Ayah’s knees bumping the table and sending everything in a disarray.

He had an indolent smile on his face when she turned to him. Ayah gasped. “You did that deliberately!”

He had the gall to laugh softly at her accusation. “Yes. I did. I wanted to know what you were planning to do with the throw bag.”

Oh, right, he had. She frowned at him for verbally setting her up like that.

The look she sent Nic only made him more inclined to laugh. He could not recall the last time he had been this…
amused.
With the wealth and power at his disposal, it was easy for Nic to find entertainment. But genuine amusement?

Not in such a long time
, he realized, a little disconcerted now. He looked at the woman closely, taking his time to do so now that she was again rearranging the stuff on the table with painstaking care. She was pretty but not stunningly so – light brown hair, dark green eyes, and fair skin that never seemed to have been touched by the sun. Small and curvy too, he thought, his gaze focusing on the way her white silk blouse emphasized her ample chest.

He returned his attention to what she was doing. “What is it for?”

Knowing there was no point hiding the truth now, she explained, “It’s a tradition my mom started. She loved collecting souvenirs and made scrapbooks of it. So I’m just continuing the tradition – but not real scrapbooks. Just digital ones.”

“Souvenirs? Aren’t those supposed to be bought?”

Her smile was amused and mysterious at the same time. He didn’t know why, but that smile made his body react, his cock hardening. It was as if she knew something he didn’t and he would be fucking happy – literally – if he found out what that something was.

“That’s only when you can afford them,” she finally said, her smile widening when he only continued to look at her, his gaze arrogantly demanding an answer. “When you don’t, then you have to make do with this.”

“Are you seriously expecting me to believe that you cannot afford to buy souvenirs?” he scoffed.

“Yes, I seriously am. I’m on an all-expenses paid trip. This is my first time to fly business class.” He looked like he did not believe her still and so she took out her papers from her bag and handed it to him. “See?”

Nic skimmed it, his memory immediately taking in the most important details.
Ayah Chambers. 23. Single. Florida, United States.
After, he confirmed what she had said. She was indeed the lucky winner of an all-expense paid trip to Europe – the first prize in a grocery draw.

She was also the first person Nic knew to actually join such a contest, the kind of woman that – if not for fate – he would never have gotten to know. If he was a good man, the best thing he could do was ignore her from hereon.