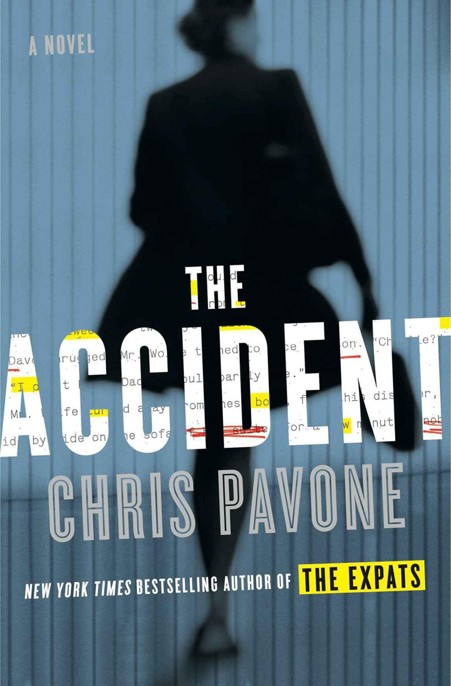 Copyright © 2014 by Christopher Pavone
All rights reserved.
Published in the United States by Crown Publishers, an imprint of the Crown Publishing Group, a division of Random House LLC, a Penguin Random House Company, New York.
www.crownpublishing.com

Crown and the Crown colophon are registered trademarks of Random House LLC.

Is it possible to succeed without any act of betrayal?

H
e awakens suddenly, in terror. He spins his head around the spare room, searching the darkest shadows in the blue wash of moonlight, sitting bolt upright, head cocked, alert for noises. He reaches his hand across his body, and grabs the gun.

As he becomes less asleep, he realizes what woke him. The gun won’t help. He returns the weapon to the end table, next to the ever-present water bottle. He swigs, but his stomach is roiling, and it takes a couple of seconds before he manages to swallow.

He walks to the end of the hall, to the room he uses as an office. Just a desk and a chair in front of a window. The reflection of the moon shimmers in the Zürichsee, a block away from this Victorian pile of bricks and wrought iron, covered in blooming wisteria, its scent spilling through the windows, seeping through the walls.

He jiggles the mouse to wake his computer, types in his password, launches the media player, and opens the live feed of streaming video. The camera is mounted high in a darkened room, focused on a woman who’s lying in bed, reading. She takes a drag of a cigarette, and flicks her ash into a big glass ashtray.

He looks away from the invasive image on his screen to a small keypad mounted beneath the desktop. He punches buttons in rapid succession, and with a soft click the drawers unlock.

He pulls out the stack of paper, bound by a thick green rubber band. He turns to a page one-third of the way through, and scans the text to identify the scene. He flips forward ten pages, then five. Then back two. He runs his finger down the page, and he finds it, on the bottom of page 136, just as his mind’s eye pictured it, in his sleep in the middle of the night. One word. One letter.

He thought he’d caught every one.

This current draft of the manuscript is the third; it will also be the final. For the initial draft, he’d written from a first-person perspective, but not his own. Because this book was going to be a memoir, publicly authored by someone else but ghostwritten—or coauthored—by him; they hadn’t decided on the exact nature of his credit.

Then circumstances changed. When he picked up the project again, he recast the story from his own point of view, first-person singular—
I did this, I saw that
. This was going to be a more honest book, more transparent.

After he’d finished, and typed
THE END
on the final page, and reread the whole thing, he changed his mind. He decided he needed to hide behind omniscience, and anonymity, to create the shadow of doubt about this book’s authorship. To give himself some chance of survival. So he’d pored over the entire manuscript, revising everything to third person—
He drove around a long, dangerous bend. He stared in horror
. Deleting passages that no longer made sense, adding sections—adding chapters—that now did.

It was a big editorial job, but hardly a unique situation. This type of thing must happen all the time, in rewrites, revisions, reconsiderations. An author combs through every page, recasting point of view, replacing nouns and verb conjugations. Over and over and over, thousands of times.

But he misses one of these pronouns, or two. Just a little mistake, a couple of typos. Not a matter of life or death.

There is no single person in the world who can verify the entirety of what’s in these pages. But there is one person who can come close: the subject himself, Charlie Wolfe. There are other people who could, if properly motivated, attest to the individual realities, one incident at a time, in which they had direct firsthand knowledge. Perhaps this book will be that motivation to those witnesses, an impetus to reveal their truths, to verify this story.

But the author isn’t one of those possible witnesses. Because if what you are reading is a finished book, printed and bound and distributed into the world, I am, almost certainly, dead.

I
t’s just before dawn when Isabel Reed turns the final sheet of paper. Halfway down the page, her mouth falls open, her heartbeat quickens. Her eyes dart across each typescript line at a rapid-fire pace, accelerating as she moves through the final paragraph, desperate to arrive at a revelation, to confirm her suspicions. She sucks in her breath, and holds that breath, for the last lines.

Isabel stares at the final period, the little black dot of ink … staring …

She lets out her breath. “My God.” Astounded, at the enormity of the story. Disappointed, at the absence of the confirmation she was hoping for. Furious, at what it means. Terrified, at the dangers it presents. And, above all, heartbroken, at the immensity of the betrayal. Betrayal
s
.

She puts the page down on the fat stack of paper that sits on the bedspread, next to a crumpled soft-pack of cigarettes and an overflowing crystal ashtray, a mildly snarky birthday present from a passive-aggressive colleague. She picks up the manuscript with both hands, flips it over, and uses her thumbs to align the pages. Her hands are trembling. She tries to steady herself with a deep breath, and sets the straightened pile of pages in her lap. There are four words centered at the top of the page:

Isabel stares across the room, off into the black nothingness of the picture window on the opposite wall, its severe surface barely softened by the half-drawn shades, an aggressive void invading the cocoon of her bedroom. The room is barely lit by a small bullet-shaped reading sconce mounted over the headboard, aiming a concentrated beam of light directly at her. In the window, the light’s reflection hovers above her face, like a tiny sun illuminating the top of her head, creating a halo. An angel. Except she’s not.

She can feel her body tense and her jaw tighten and her shoulders contract in a spasm of rage. She tries to suppress it, bites her lip, brings herself under the flimsiest tether of control.

Isabel draws aside the bedspread, struggles to a sitting position. It’s been hours since she has shifted her body in any appreciable way, and her legs and back are stiff and achy—old, if she had to choose a word for her joints. Her legs dangle over the side of the mattress, her toes searching for the fleece-lined slippers.

Along the wall, long slivers of aluminum shelves—hundreds of horizontal feet—are filled with neat stacks of manuscripts, their authors’ names written with thick black Sharpie into the sides of the stacks of pages. Tens of thousands of pages of proposed books of every sort, promising a wide assortment of entertainment and information, produced with a broad range of skill levels.