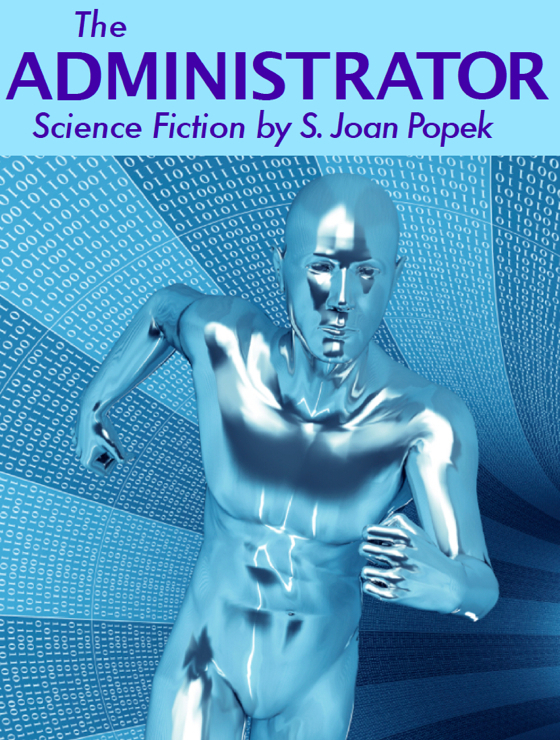 Published 2012 by The Fiction Works

All rights reserved. No part of this book may be reproduced without written permission, except for brief quotations to books and critical reviews. This story is a work of fiction. Characters and events are the product of the author’s imagination. Any resemblance to persons, living or dead, is purely coincidental.

And the Gang’s All Here

Being God is Hard

Yes, We Have No Virgins Today

“
Being God Is Hard
gave even my seasoned editors a chill, and it takes a lot to do that . . . This is not ‘fluff’ genre fiction, rather a thought-provoking array of stories laced with bold social commentary.”

The Administrator
, Another Realm, 12/98

“My son is a doctor, and I have three grandchildren. I always carry pictures of them. Do you have any children, Mrs. Cannon?”

Alice glanced at her inquisitive dinner companion. The woman’s thin, dark face and elongated nose reminded Alice of a hawk hovering above a dying mouse. “Yes. I have a son.”

Alice looked down the long banquet table at the other guests. Each suddenly became extremely interested in the contents of his or her plate. None looked at her, but the steady hum of polite dinner conversation ceased abruptly. She felt her cheeks flush slightly. It had been a long time since anyone had dared to ask that question. She had almost forgotten—almost. “He is in law enforcement,” she answered quietly and reached for the wine glass.

Hushed, relieved sighs whispered down the length of the table, and the hum of conversation resumed.

“Oh really? How exciting. Is he on The Force?”

Alice faced her inquisitor. “No. He works at the prison for the criminally insane.”

“No. Not a guard.” Stillness fell over the $1,000 a plate banquet table again. This time there was no pretense of studying the food. Twenty-four sets of eyes focused on Alice. She placed the wine glass carefully on the table, dabbed at her mouth with her napkin, folded it neatly and placed it beside her plate, then her ice blue eyes caught and held the hawk woman’s. “He is an administrator.”

Alice finished for the flustered woman. “It means he is a homicidal maniac. It means that his blood lust is kept in check by allowing him to administer punishment to murderers. It means he exchanges an eye for an eye, a sin for a sin. It means he does to them what they did to their victims. Yes, Mrs. Gilbert, he tortures and kills criminals in exactly the same way that they torture and kill innocent people. Only he does it with society’s permission. And yes, Mrs. Gilbert, he thoroughly enjoys it! Would you like to see some pictures of him at work? I carry them instead of pictures of grandchildren, which I do not have.”

The hawk woman’s face paled, she gasped, covered her pinched, crimson mouth with a pale hand, stumbled from her chair, and rushed from the room.

“Damn it, Alice, did you have to be so graphic?” her sixth husband, Chuck, hissed under his breath at her from across the table.

“She shouldn’t have been so damn nosy. The woman is a total idiot. She should have known who I am.” Her voice was purposely loud enough for the other guests to hear. “Any more questions?” Her defiant gaze met each face at the table. One by one they turned from her fiery disdain and concentrated on their meals.

“I’m leaving, Chuck. Are you coming?” She arose, imposingly and gracefully, nodded toward the other guests.

“But, the charity foundation, the dinner, you organized it. Should we leave?” her husband whispered.

“We’ve paid our dues. I’m going. You can stay if you like.” She turned and marched toward the door as a general might stride as he led his troops into deadly enemy fire. Chuck followed her. He looked back at the guests and, with an embarrassed shrug of his shoulders, disappeared though the door.

Moments later, another figure followed, unnoticed, through the same door.

“Mrs. Cannon, Alice Cannon, may I speak to you for a moment?” The young man who had followed them out shouted breathlessly as he raced toward their retreating backs.

Alice halted mid stride, turned, and in a glacial whisper said, “No.”

The young man winced in pain.

“Chuck, forget the valet. Go get the car.”

“I’ve been handling reporters for years. Just go get the car.”

“I said I do not wish to speak to you, and I never say anything I don’t mean. Now leave. Or next time, I won’t stop my husband.” She stepped off the curb as her husband arrived with the car and got in with curt dignity.

“That’s not your son at the prison,” the reporter said quietly.

Her clear gaze scrutinized his face for an instant. “Well, you get an ‘A’ for originality and cruelty,” she said calmly as she slammed the door.

“What did that little punk say?”

“Nothing, Dear, nothing. Let’s go home.” She patted his strong hand then laced her delicate fingers together in her lap so she wouldn’t clench them into fists.

Jake Roman waited patiently outside the estate’s massive, iron gate for three days before Alice agreed to see him.

“Young man, you are persistent. I should have called the police.” She poured coffee into antique china cups and offered him one.

Jake looked around the opulent room nervously. “Your husband, is he here?”

“He is out of town on business.”

He relaxed. “Mrs. Cannon, when was the last time you saw your son?”

“That is a personal and imprudent question. What difference does it make? I’ve said all I intend to say to the media years ago. Surely this is old news?”

“Ma’am, this conversation is not for my newspaper. At least, not yet. No one would believe it anyway.”

“Then why are you here?”

“Yes, it’s real. I have it shipped from Brazil.”

“Mr. Roman, why are you here?” Her forced civility was fast fading into anger. “Why did you say what you did about my son that night?”

“Because I believe it’s true. I think your son, and others like him, have been artificially induced into becoming ... uh ... what they have become. That the public has had this punishment thing forced down their throats, that they don’t really want it, that a highly secret society had enough power and hate to force this legislation.”

“My, you do have an active imagination. Don’t you? Just how did you uncover this ridiculous scheme, young man?”

“I’m doing a piece on criminal justice. During my research, I came across some facts that didn’t add up. It’s not really important how I found out. What’s important is that it’s true. Your son isn’t the only one, Mrs. Cannon. All 132 of the administrators came from only ten schools. They were all diagnosed psychopathic before they were sixteen by the same doctor. They all spent time in one hospital—St. Luke’s—in a town no one ever heard of in the Southwest. When they were released, they were all sent to work immediately in different maximum security prisons for the criminally insane. They all—”

“Young man, you are telling me nothing that anyone who reads a newspaper doesn’t already know.” Her thin patience had finally evaporated completely. “Now if you have no more startling information for me, I suggest you leave.” A flick of her jeweled hand brought the burly butler to stand beside Jake’s chair.

The massive man’s hand reached for Jake’s shoulder. He felt himself being hauled up, and strong hands began to lead him toward the door.

“Mrs. Cannon. I have seen the medical reports.” he shouted over his shoulder. “Proof of illegal experiments—”

The butler stopped and let go of Jake’s shoulder so suddenly that the momentum sent him stumbling toward the massive oak doorway. When he recovered his balance and turned around, the other man was gone, as rapidly and as quietly as he had appeared

“Proof of what?” Alice asked quietly. She rose gracefully and strolled to the coffee buffet with her back to him. Her posture never lost its aristocratic stance. “Would you like something a little stronger, Jake? It is Jake, isn’t it? Wine? Or are you a beer drinker?”

“No, Ma’am. Look, those kids’ brains were all embedded with a ... a parasite or something. It eats the rational parts of their brains and makes them homicidal, changes their personalities, changes them into ... into monsters.”

“Yeah. Well, they look human, but they crave violence—blood—they can’t get enough of it. But it’s not really them. It’s what they were made into! Christ! Not one of these kids is over eighteen, and they have tortured and mutilated hundreds of people!”

“I’m not sure yet. The legislation for capital punishment executed by the administrators was pushed through over the objections of almost every member of congress and against the overwhelming majority of voters.”