The Adventures of Jack Lime 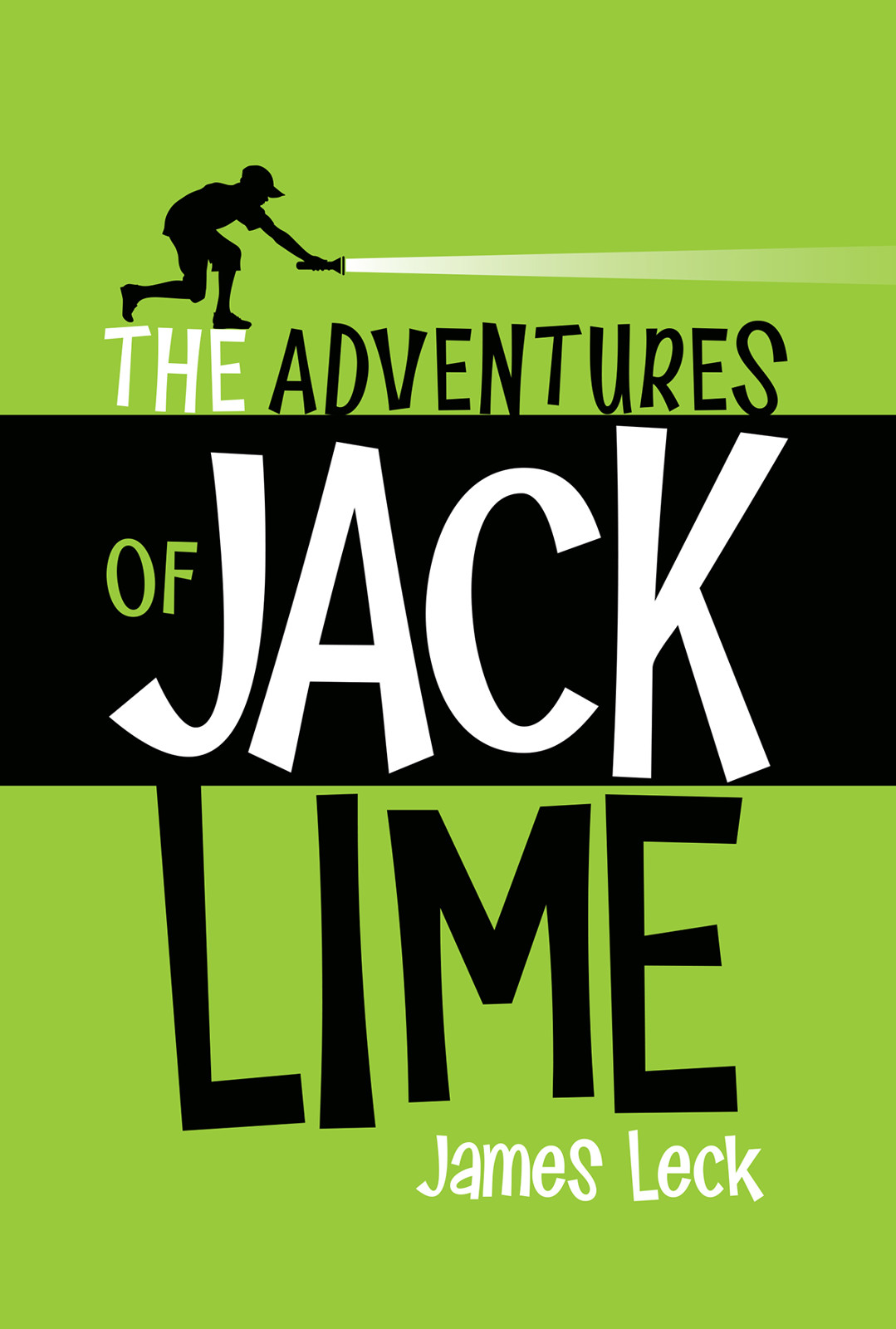 The Adventures of
Jack Lime

KCP Fiction is an imprint of Kids Can Press

All rights reserved. No part of this publication may be reproduced, stored in a retrieval system or transmitted, in any form or by any means, without the prior written permission of Kids Can Press Ltd. or, in case of photocopying or other reprographic copying, a license from The Canadian Copyright Licensing Agency (Access Copyright). For an Access Copyright license, visit www.accesscopyright.ca or call toll free to 1-800-893-5777.

For Heather, who believed when I didn't, who picked me up when
I was down, and who kept me writing when I wanted to stop.
And for Zoe and Isaac, remember to follow your dreams. 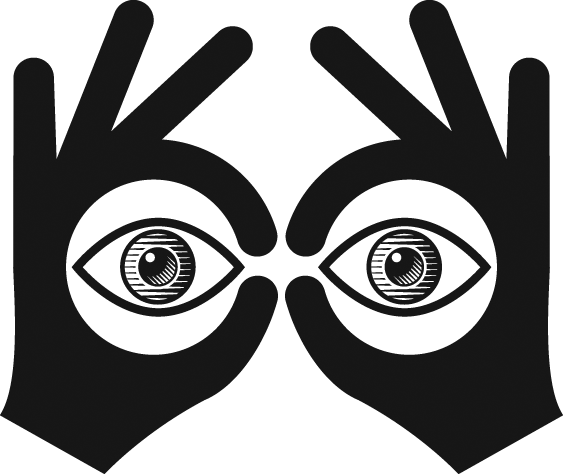 What you are about to read are some of the more
interesting cases that have crossed my desk. You see, I'm a detective, a private
investigator, a gumshoe. What I do is fix problems for people who need their
problems fixed. My name is Jack Lime, and these are my stories.

THE CASE OF THE BROKEN LOCK

Sandra was a tall twelfth grader, with long blond hair pulled back in a ponytail. She was wearing a pink T-shirt that had “Doll” printed on it in sparkly letters, a white skirt and a pair of flip-flops that slapped her heels when she walked.

“I'm looking for Jack Lime,” she said, before the door had a chance to close behind her. My eye started to throb a little harder. Members of the social elite at Iona High had been hunting me down all day. When they found me, it always meant trouble. I figured Sandra was just another angry grad looking for a chance to pay me back for breaking up Iona High's Prom King and Queen a month before the big night. Just one more kid from the inner circle who wanted to pay me back for showing the world the truth. Well, sorry folks, but showing the world the truth is my job.

I was waiting for a slap in the face or maybe a kick in the groin, so, “Oh, thank God I found you!” was not the reaction I was expecting.

I thought we were alone until she started toward my booth, revealing a grim, ghostly boy standing in her shadow. He was short and doughy with a bowl cut of jet-black hair. He wore a plain white T-shirt, black jeans that were two sizes too short, white socks and shiny black dress shoes. All that black and white made him look like a triple-decker Oreo cookie. I wasn't even sure if Sandra knew he was back there until she slid into my booth and motioned him over with a wave. “Well, come on, Ronny,” she said. “You're the reason we're here, after all.” She waited for Oreo to join us, then leaned across the table and whispered, “They told me you find things out.”

“Finding things out is how I got this,” I said, pointing at my shiner.

“Oh,” she said, sitting back in the booth. Even disappointed she was drop-dead gorgeous. “But you can, like, find things out, right?”

Sandra was the type of girl who made boys do stupid things, even boys who needed to take a long hiatus from finding things out. Her silky blond hair, her sparkling green eyes, her lips covered in pink gloss. If she had asked me to pour my float over my head, jump through the plate glass window at the front and fling myself in the river, I would have done it. Long story short, I was falling for her, and I was falling hard. I took a swig of my float, set the glass back on the table and wiped my mouth with my napkin. “You might be able to convince me.”

“Ronny's bike was stolen last night, and it's his birthday tomorrow, and he loves that bike because he's had it, like, forever, so he really wants it back for his birthday, and if you could find it, that would be just super.”

Oreo said nothing. He just sat twiddling his thumbs.

“Sounds like an interesting case,” I said. I was lying, but it sounded less harmful than snapping pictures of the captain of the football team (the Prom King) holding hands with one of his linebackers. Plus, I was ready, willing and able to do anything for this dame, including making ridiculous promises. “I'll tell you what. I'll find that bike, and I'll get it to you by tomorrow, or I'll personally buy Ronny a new bike.”

“Great!” she exclaimed, and started pushing Ronny out of the booth. They were halfway to the door when she turned back and added, “Oh, and by the way, Jack, can you get it to us by two? That's when Ronny's party starts. Thanks!” Then she was gone.

Was it possible to track down a missing bike in less than twenty-four hours in a town like Iona? Probably not, but I wasn't going to bore a girl like Sandra with anything as dull as “the facts” or “reality.” She was the type of person who lived in a different stratosphere than the rest of us poor slobs. So I figured I'd better get cracking on the case.

I pushed the float away, slid out of the booth and headed for the door. I was just stepping outside when I realized I didn't know thing one about this case. I didn't know what the bike looked like. I didn't have a stinking list of suspects. I hadn't even asked a single solitary question. That's what Sandra did to me; she turned me into a slobbering amateur without a sweet clue how to investigate a case. I took a long breath, gathered my wits and marched back into The Diner. There was a pay phone on the back wall. I grabbed the phone book and flipped to K. Lucky for me there was only one Kutcher in town.

Fourteen Mercury Lane was the typical brick-front split entry that infests this white-bread town we call Iona. With its perfect lawn, tidy little garden and white picket fence, the Kutcher residence was just another paint-by-numbers suburban clone-home. I strolled down the walk and knocked on the front door. I have to admit, I didn't mind asking Sandra if she'd step outside to answer a few questions.

We all gathered in the driveway. Ronny stood off to the side, tracing imaginary lines on the ground with his shiny black dress shoes. Sandra stood beside me.

“Ronny always locked his bike to the fence,” she said. She'd taken her hair out of the ponytail, and it hung in loose curls just below her shoulders. The way the sun was hitting her made her shine like an angel.

“Where exactly was it locked?” I asked.

She led me to the spot, and I took a close look at the fence. There was no damage to the wood or even to the paint.

“Just a regular lock,” she said.

“One of those U-shaped locks?” I asked.

A kid that looked like an Oreo, riding around on a big yellow banana? The poor sap would have drawn less attention to himself riding a unicycle.

“Could I at least see the lock?” I asked, trying not to laugh.

“Why would we have the lock? They robbed us. Remember? Are you even taking this seriously, Jack?”

Before I had a chance to answer, Ronny spoke up in a voice so low he could've been singing bass in a barbershop quartet. “It was a U-shaped lock, with a blue plastic covering.”

“What?” I asked, turning to the kid. Was he just pulling my leg with that voice?

“It had a blue plastic covering,” he said again. This was no joke; Ronny's voice was deeper than a foghorn on the fritz.

“Were you the only one with a key?” I asked.

“Do you know anyone who would want to steal it?”

“If we knew who wanted to steal the bike, we'd, like, go find them ourselves,” Sandra said.

“Maybe the Riverside Boys took it,” Ronny said, ignoring her.

“Ronny,” Sandra said, walking over to him and putting her hand on his shoulder, “those boys are too big to be interested in your bike. They couldn't even ride it.”

“But they could sell it,” Ronny said, obviously getting excited about being involved in a real investigation.

“At the Flea Market,” I added, with a smirk.

“Yeah,” Ronny nodded. “They'd sell it at the Flea Market.”

FYI â The Riverside Boys are a bunch of high school thugs who get their kicks stealing stuff from honest kids like you and me. Then they unload the merchandise down by the Iona River on Friday nights. They call their little business venture the Flea Market. Real classy.

“Sounds like a good lead,” I said, flashing Ronnie a “good thinking, kid!” kind of smile. But I had serious doubts that anyone, let alone the Riverside Boys, would get much on the black market for a bike with a yellow banana seat and streamers.

“No one would steal Ronny's bike to sell it,” Sandra whispered, leaning close to me. “He got it for his seventh birthday, but he hasn't grown for, like, five years, so he can still ride it. He loves that bike so much that Mummy and Daddy can't bear to get him another one. But nobody else would want it. It's just some jerk out for a cruel joke.”

She smelled like coconut sunscreen. I thought, for a brief moment, we made a real connection, but then it was gone. “Don't worry, Sandra,” I whispered. “I'll find the bike, and I'll get it to you by two.”

She smiled and squeezed my arm, sending the most pleasant electrical tingle through my whole body. “Let me know if you need anything else,” she said. “Come on, Ronny, we have to set the table for supper.”

I wandered down to the street and sat on the curb. I had less than twenty-four hours to find a bike that nobody in their right mind would want to steal. If I was going to crack this case, I had to stick to the facts:

2. It was attached to the fence with a U-shaped lock.

3. The lock and the bike are gone.

(I couldn't help adding that last one. She really is a knockout.)

I walked back up the driveway and squatted by the fence where the bike had been locked. In my experience, and I've dealt with a few stolen bikes in my time, most bicycle thieves worth their salt would use liquid nitrogen to smash Ronny's lock to bits. It's easy, quick and quiet; you just dip the lock into the liquid nitrogen and then whack it with a hammer. The thing is, there's always chunks of metal and plastic left behind on the ground. Granted, it rained last night, but I'd still bet dollars to doughnuts there'd be a few pieces scattered here and there. But there was nothing, nada,
niet
. More importantly, if the perps smashed part of the lock or even if they used heavy-duty cutters, why would they take a broken lock with them? It was a small detail, but it bothered me.

All this speculation was adding up to bupkes, and I'm not a big fan of bupkes. The problem was I had nothing to work with except Ronny's crazy hunch that the Riverside Boys had swiped his bike to sell on the black market. It was probably a dead end, but it was something to go on, and I knew exactly who to talk to.