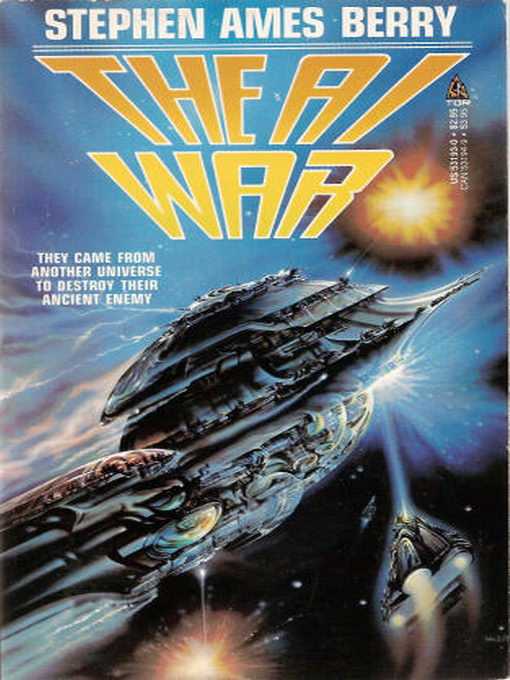 Fleet of the Republic

Symbiotechnic Control Unit 7438 (Replicant), or Egg—One of a series of machines used as the primary inorganic computers aboard mindslavers.

Y'Dan KTran—Ex-captain, Fleet of the Republic—A man of many talents and no perceptible morality. He commands
Victory Day,
a stolen Fleet cruiser.

Exarch Y'Gar—Ruler of a small archipelago on the planet D'Lin.

Crew and officers of the Fleet of the Republic, Planetary Defense Command—S'Tak,
Victory Day
and the 103rd Border Battalion; men, machines and creatures of Combine T'Lan, the Fleet of the One and
Alpha Prime.

The faint chirp
roused D'Trelna from a light sleep. Lifting the long-barreled blaster from the night table, he slipped to the side of the door, bare feet silent on the carpeting.

The door hissed open. Someone came into the bedroom, features and clothing indistinguishable in the dark. Moving with feline grace, the figure stole to the bedside, steel glinting dully in its upraised hand.

The lights flared on. "Drop it!" snapped D'Trelna. He stood blocking the door, a short, fat man in a rumpled red sleep gown, blaster leveled.

The broad-bladed commando knife fell with a thud to the floor.

The intruder was young and wiry-framed, wearing the black uniform of a Fleet commando, corporal's hashes on his collar. D'Trelna noted the callused palms and wary, balanced stance of a fighter. Calculating gray eyes gauged the distance to D'Trelna. Too far. "How'd ya know?"

Combine production world, thought D'Trelna. Slum kid, grew up tough. He touched an ear. "If you were a real commando, you'd know—every sound on a starship is self-tagging. A lock on override is like a battle klaxon. You're not crew. Who are you? Who sent you?'"

A noise from behind sent D'Trelna stepping to one side, half turning to cover both sides of the doorway. As his eyes flickered toward the office, the killer leaped—and died, shot through the heart.

A second black-uniformed figure, a woman's, lay
sprawled
on the office floor, knife in her hand, a neat hole in her forehead.

"Two out of two," said the man facing D'Trelna across the woman's body. He held a Terran pistol pointed at the floor—a blue-chromed Italian automatic capped by a round cast-aluminum silencer.

"Two what?" said D'Trelna, blaster centered on the man's chest.

"Assassins, Commodore. These two were for you." Thin and balding, he wore an engineering tech's white jumpsuit.

"Colonel R'Gal, Fleet Counterintelligence Command. I came in with your replacements last watch. As did those two." He nodded toward the bodies. "Shall we step into your office?"

R'Gal turned and walked to D'Trelna's big traq-wood desk. Laying down the pistol, he took the commodore's chair, swiveling about to look through the armorglass wall at Terra and the North American continent, eight hundred miles beneath. A low front was moving across the Midwest—a cottony, gray-white mass busily adding another foot of snow to the Great Plains.

"Nice view," said the colonel, swinging back around. "'There're no windows in the engineering techs' bay."

"I'll have some put in," said D'Trelna, standing in front of his own desk, and not liking it. "You got an ID, CIC hotshot?"

"And the Terran weapon?"

"Ship's internal security is not programmed to read a gunshot. Had those thugs come for you with pistols, we wouldn't be talking now."

"Why were they after me?"

The colonel stared past D'Trelna at the gray bulkhead. "D'Trelna, J'Quel. Officer commanding, Task Force One

Nine Seven, currently standing off Terra. Born S'Htar. Mother engineer, father merchant. Was himself S'Htarian merchant for a number of years, engaged in independent trade. Served in prewar Fleet as fighter pilot during the A'Ran Action. Awarded the Meritorious Commendation. Offered services during the third year of the S'Cotar War. Appointed captain, commanding the L'Aal-class cruiser
Implacable.
Figured prominently in discovery and destruction of the main S'Cotar citadel. Promoted commodore. Figured prominently in the discovery and destruction of a S'Cotar fallback point in an alternate universe. Eight battle ribbons, four unit citations, the Valor Medal, with cluster, the Cross of S'Dal, with cluster."

R'Gal looked at D'Trelna. "You must be as competent as you are fat—-they're pretty stingy with the Cross. Cool, too. Murderers come for you in the night, but the only thing you seem upset by is my sitting in your oversized chair.''

"I'm impressed by the way you killed those two" —D'Trelna jerked his head toward the bedroom—"not by your memory or your manners. And the chair is standard issue," he lied. "Who sent them?"

The colonel shook his head. "You line officers. You really don't know, do you, D'Trelna? Sit down."

R'Gal shrugged. "Important people want you out of the way, Commodore. Dead, brainwiped, disgraced—whatever. An order for your arrest is being sent from K'Ronar to Admiral Second S'Gan. The fact that I stopped our fun couple here will only hasten the order."

D'Trelna sat, bulk perched on the edge of the small office sofa, blaster beside him. "Arrest? On what charge?"

The intelligence officer shrugged. "It doesn't matter. Suspicion of sabotage, I think. It's political—an excuse to imprison or brain wipe you."

"Haven't been home for a long time, have you, D'Trelna?" The commodore shook his head.

"You and Captain L'Wrona came out of the war as our chief heroes—there's a docudrama based on your exploits running in four quadrants." He smiled, bemused by other's blank look. "You didn't know? Surely someone approached you for the vid rights?"

"My wife holds full writ on my behalf. She mentioned something about vid rights, but
..."

"You're popular and not an Imperial. Oddly enough, neither is L'Wrona."

"The margrave's an enlightened aristocrat," said the commodore, smiling faintly.

"Well, the Imperial party's afraid of you both. You, they want home to brainwipe."

"No. As Margrave of U'Tria and Hereditary Lord-Captain of the Guard, he can't run for Council—it's against the Second Covenant. Alone, he's no threat.

"Historically, no candidate with both the Traders' Guild and the aristocracy behind him has ever failed to take and hold a Council seat. Run with L'Wrona supporting you, D'Trelna, and projection is for enough votes to take the Council Chair."

"You'll submit to arrest and be brainwiped! The court-martial would be secret, the tribunal paid off. People who send out assassins don't blink at rigging a trial, Commodore."

"This is insane! I have no political ambitions!" Hearing himself shout, he sat back down. "What do I do?"

"Leave. Now. Head out on the Trel Expedition, just as you're supposed to. Before that arrest order arrives. S'Gan is a combat officer—order acknowledged and you'll be headed home, shackled, the watch after that order reaches the command ship."

"You want to spend the rest of your life drooling in front of a vid screen, D'Trelna? Then just sit on your cheeks and wait.''

"Why is CIC intervening?" asked the commodore.

"Because if they arrest you, they'll scrub the Trel Expedition. We don't want that—Pocsym's warning must be investigated."

D'Trelna made up his mind. "We'll jump at firstwatch."

The colonel slipped the pistol into his jumpsuit. "I'll be around—I have my work . . . Get this ship underway."

"We're ready." K'Raoda stretched. "The last of the supplies are on board, and S'Gan's finally sent over the rest of our replacements."

"About time." L'Wrona scanned the ship's status report. "Anything from the admiral?"

"Leaving us alone for now."

Both looked up at the main screen. Five long, gray ships hung above Terra—resurrected Imperial cruisers, bristling with weapons batteries and instrument pods.

Bloodforged by Nathan Long
The Unconventional Angel by May, Nicola
Memory of You (A Misty Cove Love Story) by Lavelle, Dori
Fruit of All Evil by Paige Shelton
Rainey Royal by Dylan Landis
Awakening: Parables From The Apocalypse - Dystopian Fiction by Norman Christof
The Way Into Magic: Book Two of The Great Way by Harry Connolly
Brooke's Not-So-Perfect Plan by Jo Whittemore
Granny's Wonderful Chair (Yesterday's Classics) by Browne, Frances
Human Commodity by Candace Smith