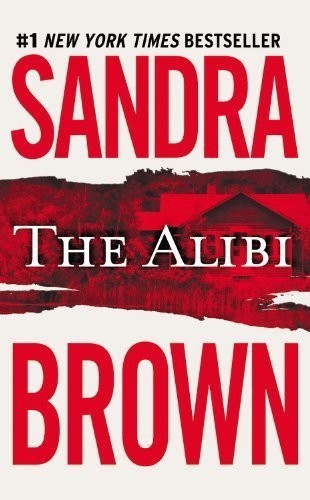 the scream rent the air-conditioned silence of the

Having entered the suite only seconds earlier, the

chambermaid stumbled from the room crying for

help, sobbing, and randomly banging on the doors of

other guest rooms. Later, her supervisor would chastise

her for this hysterical reaction, but at that point in

time she was in the throes of hysteria.

Unfortunately for her, few guests were in their

rooms that afternoon. Most were out enjoying the

finally she managed to rouse one guest, a man from

Michigan, who, wilted from the unaccustomed heat,

had returned to his room to take a nap.

Though groggy from being abruptly awakened, he

immediately determined that only a major catastrophe

could cause the level of panic the chambermaid

was experiencing. Before he could even make sense

of her blubbering, he called the front desk and alerted

hotel personnel to an emergency on the top floor.

to the summons. A flustered hotel security

maid had gone in for early turndown service, only to

find that it wouldn't be needed. The occupant was

The police officer knelt down near the body.

"It's him all right," said his partner in an equally

awestruck voice. "Is this gonna stir up a shitstorm or

he noticed her the moment she stepped into the

Even in a crowd of other women dressed, for the

most part, in skimpy summer clothing, she was definitely

a standout. Surprisingly, she was alone.

As she paused to get her bearings, her gaze

stopped briefly on the dais, where the band was performing,

before moving to the dance floor, then to the

it. Spotting a vacant table, she moved to it

The pavilion was round in shape, about thirty

yards in diameter. Although it was an open-air structure

with a conical roof, the underside of which was

trapped the noise inside, making the din incredible.

What the band lacked in musical talent they made

up for with volume, obviously of the opinion that

They did, however, play with raucous enthusiasm

and showmanship. On the keyboard and

guitar, the musicians seemed to be pounding the notes out of their instruments. The harmonica

motion of his head. As the fiddler sawed his bow

across the strings, he danced an energetic jig that

showed off his yellow cowboy boots. The drummer

seemed to know only one cadence, but he applied

himself to it with verve.

The crowd didn't seem to mind the discordant

sound. For that matter, neither did Hammond Cross.

Ironically, the racket of the county fair was somehow

from the midway, catcalls from rowdy teenage boys

at the top of the Ferris wheel, the crying of babies

grown tired, the bells and whistles and horns, the

shouts and laughter inherent to a carnival.

Going to a county fair hadn't been on his agenda

today. Although there had probably been some advance

publicity about it in the local newspaper and on

TV, it had escaped his notice.

He'd happened on the fair by accident about a half

hour outside of Charleston. What had compelled him

to stop, he would never know. It wasn't like he was

an avid carnival-goer. His parents certainly had never

taken him to one. They had avoided general-public

attractions like this at all costs. Not exactly their

crowd. Not their kind of people.

Ordinarily Hammond probably would have

avoided it, too. Not because he was a snob, but because

he worked such long, hard hours, he was selfish

with his leisure time and selective about how he

spent it. A round of golf, a couple hours of fishing, a movie, a quiet dinner at a good restaurant. But a

county fair? That wouldn't have topped his list of

But this afternoon in particular the crowd and the

noise appealed to him. Left alone, he only would

have brooded over his troubles. He would have reflected

himself into despondency, and who needed

that on one of the few remaining weekends of the

So when his highway speed was reduced to a

crawl and he got trapped in the traffic inching into the

parking lot by an enterprising farmer--he had remained

in line with the other cars and vans and

He paid two bucks to the tobacco-chewing youth

who was collecting for the farmer and was fortunate

enough to find a spot for his car beneath a shade tree.

Before getting out, he removed his suit jacket and tie,

and rolled up his shirtsleeves. As he picked his way

carefully around cow patties, he wished for blue

jeans and boots instead of dress slacks and loafers,

but already he felt his spirits rising. Nobody here

knew him. He didn't have to talk to anyone if he

didn't want to. There were no obligations to be met,

no meetings to attend, no telephone messages to return.

Out here he wasn't a professional, or a colleague.

Or a son. Tension, anger, and the weight of

responsibility began to melt off him. The sense of

limp in the heat. The dense air was redolent with the

From a distance, the music didn't sound half bad.

Hammond was immediately glad he had stopped. He

Because despite the people streaming through the

turnstile, he was, in a very real sense, isolated. Being

preferable to spending a solitary evening in his cabin,

which had been his original plan upon leaving

The band had played two songs since the auburn-haired

woman had sat down across the pavilion from

where he was seated. Hammond had continued to

watch her, and to speculate. Most likely she was waiting

for someone to join her, probably a husband and

assorted children. She appeared to be not quite as old

as he, maybe early thirties. About the age of the

officers. The homemakers concerned with DPT

booster shots, orthodontia, and getting their laundry

whites white and their colors bright. What he knew of

such women he had learned from TV commercials,

but she seemed to fit that general demographic.

She didn't look like a mother of young children

who was enjoying a few minutes' respite while

Daddy took the kids for a ride on the carousel. She

didn't have the cool, competent air of his acquaintances'

wives who were members of Junior League

and other civic clubs, who went to salad luncheons

and hosted birthday parties for their kids and dinner

parties for their husbands' business associates, and

who played golf or tennis at their respective country

clubs once or twice a week between their aerobics

She didn't have the soft, settled body of a woman

who had borne two or three offspring, either. Her figure

was compact and athletic. She had good--no, great--legs that were muscled, sleek, and tan, shown

off by a short skirt and low-heeled sandals. Her

sleeveless top had a scooped neck, like a tank top,

and a matching cardigan which had been knotted

loosely around her neck before she had removed it.

The outfit was smart and chic, a cut above what most

of this shorts-and-sneakers crowd was wearing.

Her handbag, which she'd placed on the table, was

big enough only for a key ring, a tissue, and possibly

a lipstick, but nowhere near large enough for a young

mother whose purse was packed with bottled water

and Handing Wipes and natural snacks and enough

equipment to survive days in the wilderness should

was his forte. So he concluded, with what he

felt was a fair degree of accuracy, that it was unlikely

this woman was a mom.

That did not mean that she wasn't married, or otherwise

attached, and waiting to be joined by a significant

nature of their relationship. She could be a woman

devoted to a career. A mover and a shaker in the busi-

entrepreneur. A stockbroker. A loan officer.

Sipping his beer, which was growing tepid in the

heat, Hammond continued to stare at her with interest.

Then suddenly he realized that his stare was being

When their eyes met, his heart lurched, perhaps

from embarrassment for having been caught staring.

But he didn't look away. Despite the dancers that

passed between them, intermittently blocking their

line of sight, they maintained eye contact for several

Then she abruptly broke it, as though she might

also be embarrassed for having picked him out of the

crowd. Chagrined over having such a juvenile reaction

who'd been hovering nearby waiting for one to become

available. He weaved his way through the press

of people toward the temporary bar. It had been set up

during the fair to accommodate the thirsty dancers.

It was a popular spot. Personnel from the various

military bases in the area were standing three deep at

the bar. Even if not in uniform, they were identifiable

by their sheared heads. They were drinking, scoping

out the girls, weighing their chances of getting lucky,

wagering on who would and who wouldn't, playing

The bartenders were dispensing beer as fast as

they could, but they couldn't keep up with the de

but finally gave up and decided to wait until

the crowd had thinned out before ordering another.

Feeling a little less pathetic than he had no doubt

looked sitting alone at his table, he glanced across the

dance floor toward her table. His spirits drooped.

Three men now occupied the extra chairs at her table.

In fact, the wide shoulders of one were blocking her

from Hammond's view. The trio weren't in uniform,

but judging by the severity of their haircuts and their

cockiness he guessed they were marines.

Well, he wasn't surprised. Disappointed, but not

She was too good-looking to be alone on a Saturday

night. She'd been merely biding her time until

her date showed up.

Even if she had come to the fair alone, she wouldn't

have remained dateless for long. Not at a meat market

pass had the instincts and singlemindedness of a

shark. He had one purpose in mind, and that was to

secure a female companion for the evening. Even

without trying, this one would have attracted attention.

Not that he had been thinking about picking her

up, Hammond told himself. He was too old for that.

He wouldn't regress to a frat-rat mentality, for crying

out loud. Besides, it really wouldn't be proper, would