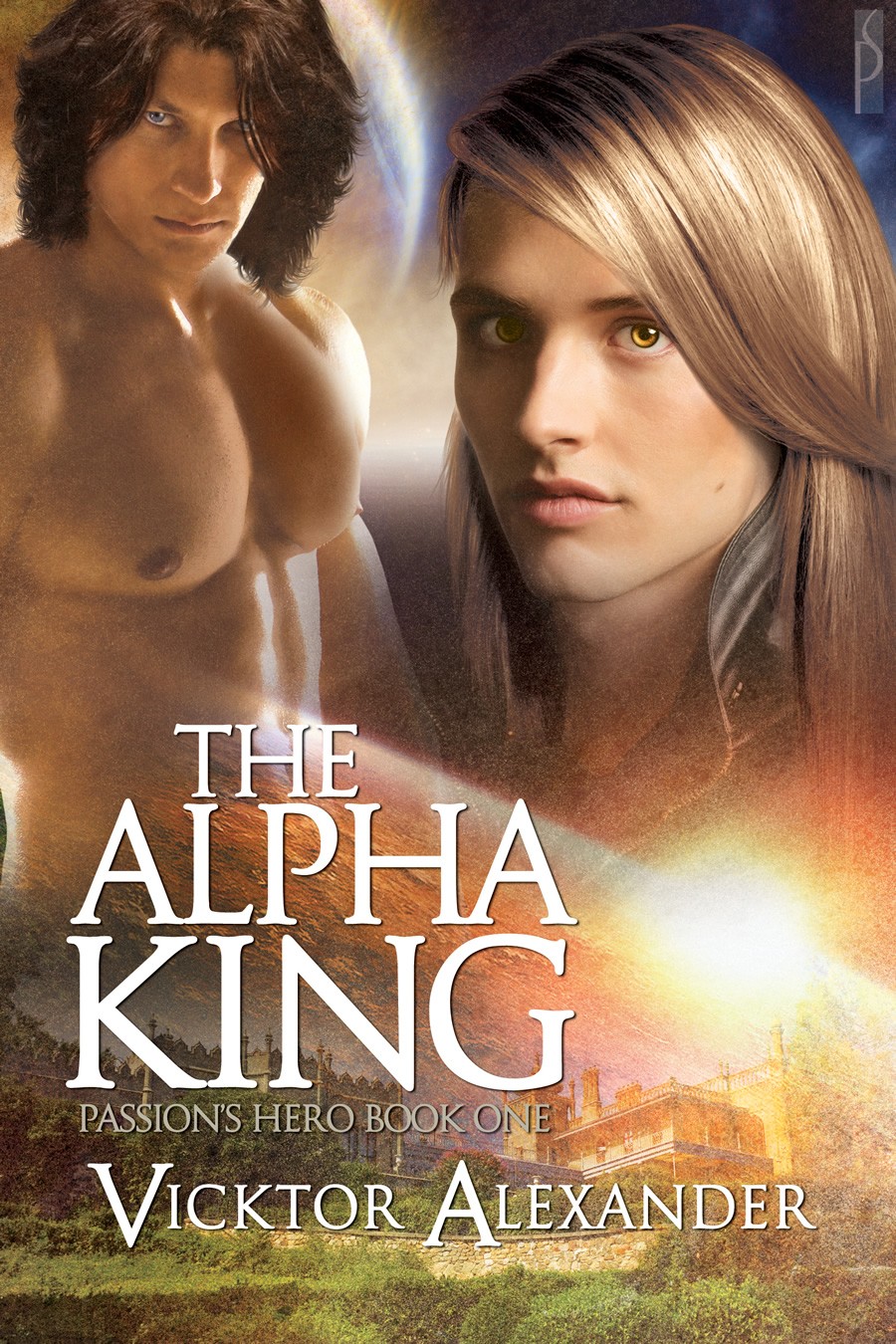 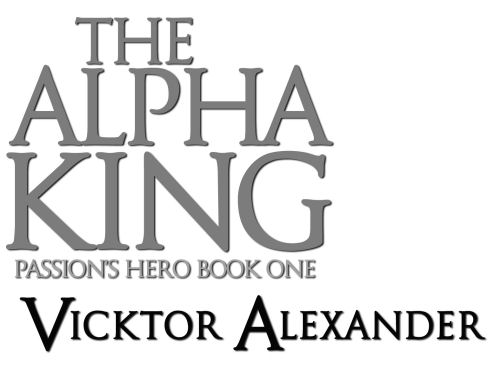 All cover art and logo copyright © 2012 by Silver Publishing

ALL RIGHTS RESERVED:
This literary work may not be reproduced or transmitted in any form or by any means, including electronic or photographic reproduction, in whole or in part, without express written permission. This book cannot be copied in any format, sold, or otherwise transferred from your computer to another through upload to a file sharing peer to peer program, for free or for a fee, or as a prize in any contest. Such action is illegal and in violation of the U.S. Copyright Law. Distribution of this e-book, in whole or in part, online, offline, in print or in any way or any other method currently known or yet to be invented, is forbidden.

NOTE FROM THE PUBLISHER

The entire Passion's Hero Series is dedicated to Thorny Roe, who told me that I had a new career, inspired me to keep writing and more importantly gave me hope again. This is for you and Jazz, may your love continue to inspire us all.

Thank you to all of my Vicksters, Tweeplings and Tumblings and those who follow me on Blogger who encouraged me to write a M/M romance book and to the Goodreads M/M Romance Group who helped me when I was still floundering in this genre.

In Memory of Justin Thomison, you were my best friend since freshman year of high school. You never stopped believing in me and you have always been my biggest fan. The world is a lot more boring without you and your large, but superbly talented energy and personality around. I will continue to spread information and continue the fight to end AIDS and find the cure to the horrible disease that took you from me, my friend. I will never forget you. Je t'aime mon amour.

"Please, we beg you. You have to save us!" the former President of the United States of America pleaded with the leaders of the Galaxy Peace Allegiance.

He visibly trembled, his image blurring a little on the monitor. Torqran, the Commander of the planet Strawxig, glanced at the screen with look of apathy. The other members of the GPA as well as a few advisors, elders, and planetary leaders watched the human scream for help from the other planets. The humans had been amazingly arrogant up until the very last possible moment, certain they could save themselves, heal their planet, and do it all without any help from those they termed 'aliens'. However, when all of their efforts proved fruitless and the whole of the planet only contained 300 remaining individuals all from different countries, speaking different languages, having different religions and ethnicities, the leaders finally knew they had to ask for help.

"We cannot survive if you don't save us. We need your help. Please help us. Please!" the former president shouted.

Torqran, a snake shifter, pressed the switch to stop the vid stream with the pad of his scaly-skinned finger. With a sigh, and a brief flick of his forked tongue against his bottom lip, he shifted his finger and tongue back into their male form and turned his chair to face the rest of the leaders and those who had the ambition to become such.

"And as you know, we helped those filthy creatures over two centuries ago. The only way to completely eradicate them was to help and breed them with our species in order to phase out the human species. Those ignorant bastards didn't follow the protocol, however, and instead of the humans dying out, we have four new breeds of humanoids. While they're little better than those squalid Earthlings our ancestors helped centuries ago, they are a vast improvement over the sniveling, arrogant, self-destructive assholes they once were."

Everyone nodded in agreement and understanding. The humanoids were not a universally liked breed, but they were much better than their predecessors. Perhaps because they had procreated with the established races of the GPA planets. Whatever the reason, the former race from Earth no longer existed, having been replaced with the humanoids that now existed.

Torqran glanced up when his second-in-command walked into the back of the room. Lorthander inclined his head, letting Torqran know everything was ready and in place. He gave the merest hint of a nod in acknowledgment to his secret lover and his wife's brother.

Turning, Torqran smiled at the rest of the room. "As you all know the real reason we are here is because of one specific breed of humanoid." He met Lorthander's gaze and signaled him to begin.

Torqran continued speaking, watching the larger man, a warrior of Strawxig, pass out folders to everyone in attendance. "In this packet is the information we have received about a particular breed of humanoid. The Vermithians. Our scientists have been studying the offspring of Vermithian parents and they have a genetic anamoly that puts them beyond their expected gifts of being able to talk with nature and animals, beyond that of being able to heal others. There is a new strand of Vermithians whose blood is infinitely more corrupted with that of their ancestors. While we know their bodies adapt to that of their mates in order for them to all get pregnant and have children, we didn't have the evidence years ago that we have now."

"What the hell are you trying to say Torqran?" A voice spoke up from the back of the room, the tone low and laced with anger and annoyance.

Torqran knew who spoke, knew what planet the man came from… knew he didn't want to piss the guy off, because the man would be crazy enough to try and kill Torqran—right here, in front of everyone.

"I'm saying the Vermithians have the ability to save the human gene. And more than that, a family exists." Torqran grit his teeth against something he hated to admit. "One so powerful and so special we haven't been able to get close to them. But we do know this particular family has the ability and the power to create a pure human race… regardless of with whom they mate."

Torqran waited for the gasps and cries of shock, outrage, and dismay to die down before he continued. "Our best chance is to completely kill off this family of Vermithians and then find every documented and even undocumented Vermithian and kill them, too," he advised.

Heads nodded in complete agreement and he got ready to hand out assignments and lay out the details.

Without a sound—with no noticeable movement at all—the man from the back of the room appeared to stand in front of Torqran, covered head to toe in all black. Torqran tried not to gasp when he took in the man's large frame and hard, cold, emotionless eyes.

Standing his ground, Torqran tilted his head and tried to seem much more confident and laid back.

"What is the name of this family you want to dispose of?" the large, scary leader asked in a low voice, his tone menacing, though everyone could hear his question.

All occupants in the room froze, no one breathed, no one spoke as they all awaited Torqran's response.

With a cold, calculating smile Torqran replied with seven words, two sentences that would dramatically change the universe, the GPA and history, forever, "The Versuthions. We must kill the Versuthions."

A gasp came from the other leader, Algonoquin, the Alpha King of the planet Tumaro. Torqran chuckled darkly. He ignored the speculative looks from the other members of the room. Everyone knew the story of the connection between the Versuthion family and the Roughshires, the current ruling family of Tumaro. A prophecy had foretold of the Versuthions bringing about the pure human race after one of the descendants mated with the Roughshires, but Torqran's position as leader of the GPA and the unease and prejudice that most had for Vermithians protected him in his current campaign against them. Only Algonoquin's arrogant belief he could protect the Versuthions stopped him from killing Torqran where he stood, and he while grateful for it, he also flicked his gaze towards Lorthander, sighing in relief when he saw the other man brandish the vapier in his hand. Algonoquin's time would come, Torqran would see to it, but not before he made Algonoquin feel helpless while Torqran took out the entire Versuthion family.