Read The Angel of Death (The Soul Summoner Book 3) Online

The Angel of Death (The Soul Summoner Book 3) 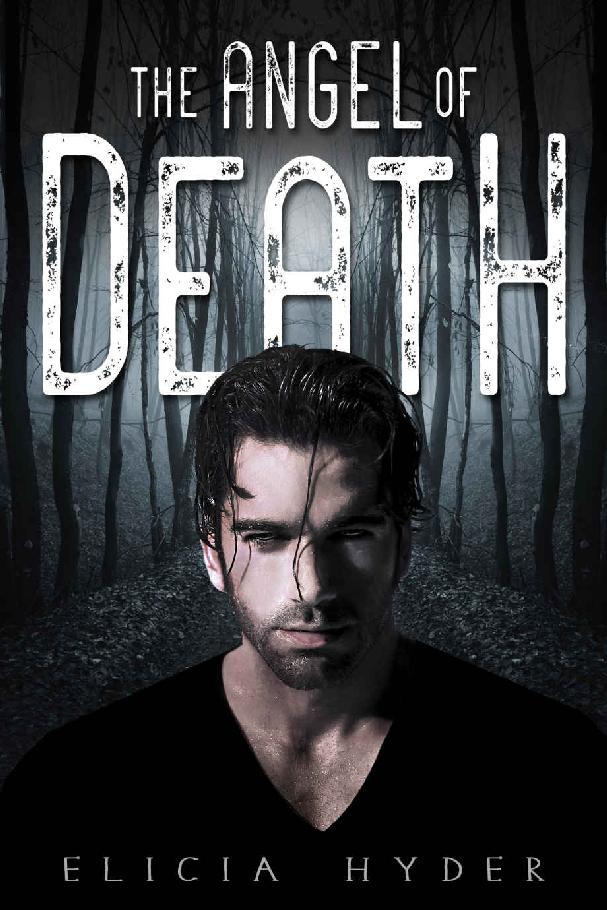 THE ANGEL OF DEATH

Book 3 - The Angel of Death

Thanks for saving my life.

Special Thanks to everyone who made this book possible:

To my badass husband…the inspiration behind all my heroes.

To my kids who have sacrificed many home-cooked meals during the writing of this book.

To my Mom who has been my #1 fan and wing-woman in all my travels this year.

To my dad for being my most anxious beta reader.

To Tango. Dude. Your support and encouragement is priceless.

To Karen for all the comedic relief during the final proof of this book. Appalachia here we come!

And finally, thanks to all the fans who patiently—or not so patiently—waited for the release of this book.

We aren’t done yet.

TO MY AWESOME LAUNCH TEAM

I would be nowhere without you!

“You’re going to put that thing
where
?”

My eyes were double their normal size as I peered at Dr. Grayson Watts over the bridge the paper sheet formed between my knees. The long device in her hand looked more like a lightsaber than a medical instrument. My mouth was gaping so wide that I should have been at the dentist’s office rather than the OB/GYN.

Dr. Watts cocked her head to the side and raised an eyebrow. “It’s a transvaginal ultrasound, Sloan. It will be a little uncomfortable, but this is the only way we can get a clear picture of your uterus at this stage and determine how far along you are.”

I winced. “It looks like you’re going to battle the Empire.”

I sighed and flopped back on the exam table. “Go ahead.”

“Relax your knees,” she said.

I focused on the speckled ceiling tiles and gulped. “Oh, boy.”

I sucked in a deep breath and whimpered as she impaled me like a jousting knight.

I considered kicking her in the face.

A moment later, she turned the screen on her computer toward me, and I rose up on my elbows again. “Here is your uterus.” She was pointing to a cloud of white fuzz on the screen. “And this black blob is the gestational sac.” She shifted her magic wand around some more. “And this little spot right here, that’s your baby.”

I squinted my eyes. A small, gray misshapen bean was inside the black blob.

My chest tightened, and I fell back onto my pillow again and took a few deep breaths.

“It looks like you’re about eight weeks along,” she said.

“Eight weeks?” I shook my head. “No. That can’t be right. I know exactly when I got pregnant. October 19th.”

I counted backward in my mind. So much had happened in the past few months it was hard to place the events and catastrophes in the order in which they occurred. It had been three weeks since my boyfriend, Warren Parish, was reactivated with the Marine Corps. The week before that, my biological mother—a demon, literally—tried to kill me. Two weeks before that, my adoptive mother died from brain cancer on October 19th. The tiny speck on the screen was the product of emotional, grief-stricken sex, when my boyfriend hadn’t bothered to remove his boots or use any protection. I couldn’t be eight weeks along.

“It’s only been about six weeks,” I told her.

She closed my legs when she removed the wand. “The weeks are calculated starting with the first day of your last period, so mid-October is right for the conception date.”

“I knew it,” I said. “Warren should be very glad the military has him because if he were still here, I might kill him.”

Dr. Watts was trying hard to suppress a giggle. Her latex gloves snapped as she removed them. She pulled a sliding, paper wheel from her pocket and adjusted it with her thumbs. “This puts your due date as July 11th.”

As she scribbled in her notes, I stared out the window. On one hand, July 11th felt like an eternity away. On the other, if I had learned anything in the previous four months, it was how much could radically change in such a short time period. Warren was lost to me in November, and there was no guarantee he would find me by July.

I groaned and covered my face with my arms.

She rolled on her chair till she was by my head. “Sloan?”

I let out a deep sigh. “I’m all right. This wasn’t exactly planned.”

There was so much to say about my baby’s father that I didn’t even know where to begin. He was the son of an Angel of Death. He was a Recon Marine Sniper and then a mercenary. He had a body that could only be ranked on a scale of one to oh-my-god, and he made love like he should require a height restriction. Of course, none of this was the kind of information Dr. Watts was interested in.

“He’s not here because he’s off in Iraq or Israel or somewhere,” I said.

I smoothed the paper sheet over my bare legs. “He’s in the Marines, but I don’t know where he is. He can’t tell me anything.”

She frowned. “I’m sorry to hear that. Does he know you’re pregnant?”

“No one outside this room knows.” That was true, unless you counted the supernatural world. “You won’t tell my dad, will you?” My father and Dr. Watts worked in the same building.

She dumped her gloves in the trashcan. “I wouldn’t dream of it. And legally, whatever you say in this room is protected under doctor-patient confidentiality.”

I was skeptical. “What if I sound crazy? Could you tell someone then?”

“Not unless I thought you might harm someone else or yourself,” she answered. “Do you need to talk about something?”

There were only a handful of people on the planet who knew I was part-angel, and none of them knew I was pregnant. So no one had heard the fears all my over-thinking had produced since those two pink lines popped up on the home pregnancy test.
Is it fair to bring a baby into the mess that has become my life? Will the baby be normal with parents like me and Warren? Can I even live through childbirth if the kid inherits Warren’s big head and broad shoulders?

I hesitated. “Did you notice anything abnormal about the baby?”

Her eyes widened with surprise, and she shook her head. “No. Nothing at all. Are you worried about something specific?”

I was worried about many specific things, none of which I could discuss with Dr. Watts. “My body has been through a lot lately, before I knew I was pregnant.”

“Trauma?” she asked, pulling out my medical chart and a pen.

My fight with Kasyade was certainly traumatic. I had suffered a broken hip, a broken nose, several broken ribs, and was slammed into the concrete more times than I could count. Again, I couldn’t tell the doctor about that either, since then I would have to explain how my body had healed itself on the way to the hospital.

“I’ve been through severe emotional trauma,” I said, which wasn’t at all a lie.

Her face twisted into a frown full of pity. “I heard about your mother passing recently. That must have been painful for you.”

My mother had complained of a headache on Monday and was dead by Saturday. To describe the incident as ‘painful’ was almost insulting. I had successfully managed to not cry over it yet that day, and I wasn’t about to start while I was naked from the waist down with my dad’s colleague. So I bypassed the conversation altogether.