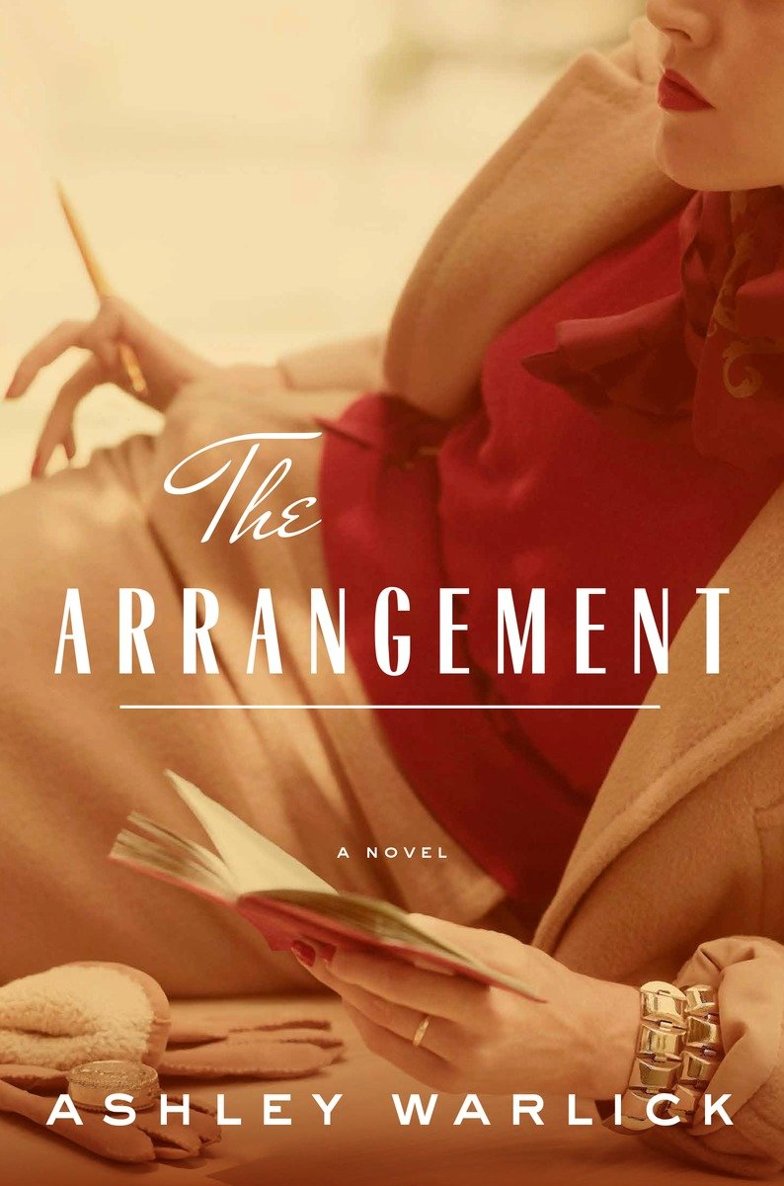 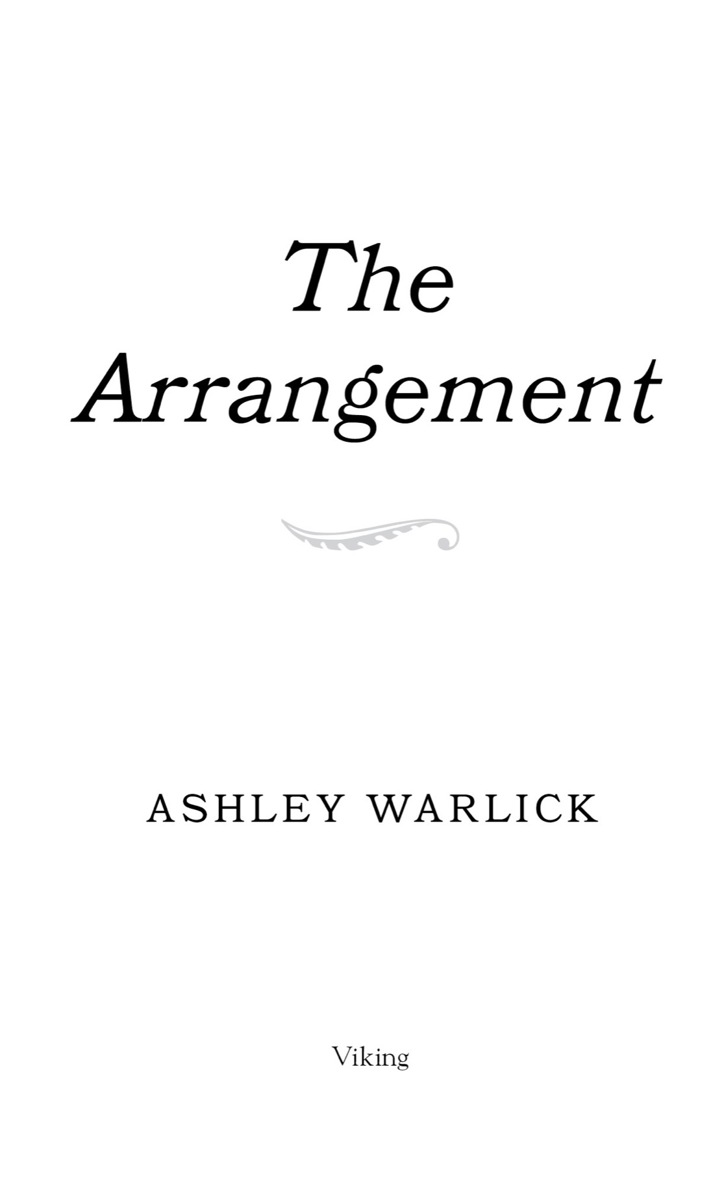 “M.F.K. Fisher, Writer on the Art of Food and the Taste of Living, is Dead at 83,”
The New York Times,
June 24, 1992. © 1992 The New York Times. All rights reserved. Used by permission and protected by the copyright laws of the United States. The printing, copying, redistribution, or retransmission of this content without express written permission is prohibited.

This is a work of fiction based on actual persons and events.

For Marly Rusoff, who loved this book when it needed it most

and dress them in warm clothes again.

How it was late, and no one could sleep, the horses running

until they forget that they are horses.

It’s not like a tree where the roots have to end somewhere,

it’s more like a song on a policeman’s radio,

how we rolled up the carpet so we could dance, and the days

were bright red, and every time we kissed there was another apple

to slice into pieces.

Look at the light through the windowpane. That means it’s noon,

Tell me how all this, and love too, will ruin us.

These, our bodies, possessed by light.

Tell me we’ll never get used to it.

M. F. K. Fisher, the writer whose artful personal essays about food created a genre, died on Monday at her home on the Bouverie Ranch in Glen Ellen, Calif. She was 83 years old.

She died after a long battle with Parkinson’s disease, her daughter Kennedy Wright said.

In a career spanning more than 60 years, Mrs. Fisher wrote hundreds of stories for
The New Yorker
, as well as 15 books of essays and reminiscences. She produced the enduring English translation of Brillat-Savarin’s book
The Physiology of Taste
, as well as a novel, a screenplay, a book for children and dozens of travelogues. While other food writers limited their writing to the particulars of individual dishes or expositions of the details of cuisine, Mrs. Fisher used food as a cultural metaphor.

Her subject matter, she said in an interview in 1990, “caused serious writers and critics to dismiss me for many, many years. It was woman’s stuff, a trifle.” But she was not deterred. In 1943 she wrote in her book
The Gastronomical Me
: “People ask me: Why do you write about food, and eating and drinking? Why don’t you write about the struggle for power and security, and about love, the way others do. They ask it accusingly, as if I were somehow gross, unfaithful to the honor of my craft.

“The easiest answer is to say that, like most humans, I am hungry. But there is more than that. It seems to me that our three basic needs, for food and security and love are so mixed and mingled and entwined that we cannot straightly think of one without the others. So it happens that when I write of hunger, I am really writing about love and the hunger for it, and warmth and the love of it and the hunger for it.”

In 1963, W. H. Auden called her “America’s greatest writer.” In a review of
As
They Were
(Alfred A. Knopf, 1982) for the
New York Times Book Review
, Raymond Sokolov wrote, “In a properly run culture, Mary Frances Kennedy Fisher would be recognized as one of the great writers this country has produced in this century.”

S
he’d made it sound as though her husband would be joining them for dinner. She’d made it sound that way on purpose, and then she arrived alone, lifting her shoulders in a vague wifely gesture of disappointment, and maybe she gave the impression of upset. She’d thought about this moment since she learned Gigi would be out of town. She wanted Tim’s attentions to herself for the evening, and she’d planned accordingly.

“I reminded Al a week ago,” she said, “and then again this morning. I don’t know what he’s thinking half the time.”

Tim leaned to kiss her cheek, wrapped in his smoke, his trim dark suit, his sense of ease. His hair had always been white. “Well,” he said. “Perhaps he’ll join us later?”

“He had some kind of meeting. But perhaps.”

She smoothed her hands against her skirt, rippled with electricity, and placed her clutch on the table to slip her sweater from her shoulders. Inside the clutch, she had a folded typescript, brought from strength of habit. She could be the schoolgirl, the devoted; it was, she understood, the way he met his wife.

But tonight Gigi was somewhere in the middle of the
country, on tour with the other starlets at her studio,
starlet
the word for Gigi, bright and barely formed. She and Tim had married when she was only sixteen, and by then he’d loved her for years already, since she’d been a child. Mary Frances envied them their privacies and devotions, what she imagined to be their secret, richer life together.

She wanted a secret, richer life. She and Al had their late nights and closed doors, but there was something itchy and lonesome to her days since they returned to California, and she worried it was beginning to show. At a tea for the faculty wives, a woman with a blue winged sleeve draped into her saucer suggested mildly that she and Al had reached the time to start a family, said it as if she were reading from a textbook, and all Mary Frances could think was how there would be forty years of teas like that to come. She felt her face go hot again just thinking of it.

“Dear god,” Tim said, peering over the top of the menu. “You’re blushing. Are you nervous?”

“I wouldn’t have pointed it out if it wasn’t so surprising.”

“I’m showing off my French enlightenment,” she said. “My continental permissiveness.”

“Don’t encourage me. Next thing you know, I’ll be telling stories of the whores with their pastries and marc on the Place d’Armes.”

“The scandal being the pastries or the whores?”

“Their beautiful long lunches. The wide-eyed boys lined up, waiting for them to finish dessert.”

She could not believe she was blushing.

“Do you miss France?” he asked.

“It is not a country where people do other things while eating.”

He said this quietly, returning to the menu, and yet it had been the thing she’d been thinking for days, how busy it all was back here in California, how full to the brim with no room left over. Tim knew a little bit about everything, everyone. The electric feeling returned, humming, and her hands pressed the linen in her lap to keep still.

The waiter stood by, and Tim gave him their order.

Gibsons came from the bar in their delicate open bowls. The gin was cold, shot through with slivers of ice. Trembling knolls of aspic arrived, flounced with cucumber, yielding to their spoons, and the thick gin again, and all around them the scent of roasting meats and the chime of silver on the plate, the far-off rumblings of the kitchen more necessary and coarse, like the plumbing of a body.

She took a deep breath and delivered her announcement: she’d published the essay about Laguna.

“The sun and the sand, how it’s basically an artists’ colony. I might have stretched that, but still, an essay and three drawings, with my name beneath them.”

“It’s how my mother signs her checks. I didn’t really think
about it, just sent the piece off with my initials. Later, a Mr. Hanna wrote from the editor’s office to arrange a meeting with Mr. Fisher. I thought at first they were talking about Al.”

“They asked for Mr. Fisher.”

“Even on paper, I don’t believe you’d be mistaken for a man.”

She laughed. She was a beautiful woman by any standard, with her heavy-lidded eyes and red doll’s mouth, a pinpoint-sharp kind of beauty that was never so lovely as when she laughed and spoiled it, which she did often.

She said, “It’s good to finish something, or to feel like it’s finished. To get paid. Al had such trouble finding the job at Occidental, finding any kind of job in this day and age, and his poem—”

“The poem is always being written.”

She laughed again and leaned toward him, and he liked how she didn’t care to be quiet about it. She simply liked to laugh; she liked to eat and drink. He’d often thought she must like to do lots of things. Al was his closest friend, but the pleasure of Mary Frances’s company was entire.

“And what does Al think of MFK Fisher?” he said.

And as though she’d reached across the table and laid her hands upon his face, he understood she had not told her husband about their dinner here tonight.

Tim looked steadily into his plate, the last mouthful beside his spoon. His thoughts drifted one upon the next; how
could a woman who talked so much still seem so guarded? She must have gone to such trouble to meet him here alone. He studied her face and her gaze seemed to shudder for a moment between frames. There was so much she was still deciding about herself, so much he couldn’t know.

Ice by V. C. Andrews
Frankenstein: City of Night by Dean Koontz
Suzanna by Harry Sinclair Drago
Cancelled by Elizabeth Ann West
A & L Do Summer by Jan Blazanin
CHERUB: The Recruit by Robert Muchamore
Behind the Sun by Deborah Challinor
El vizconde demediado by Italo Calvino
Even Vampires Get the Blues: A Deadly Angels Book by Sandra Hill
Lost In Dreamland by Dragon, Cheryl