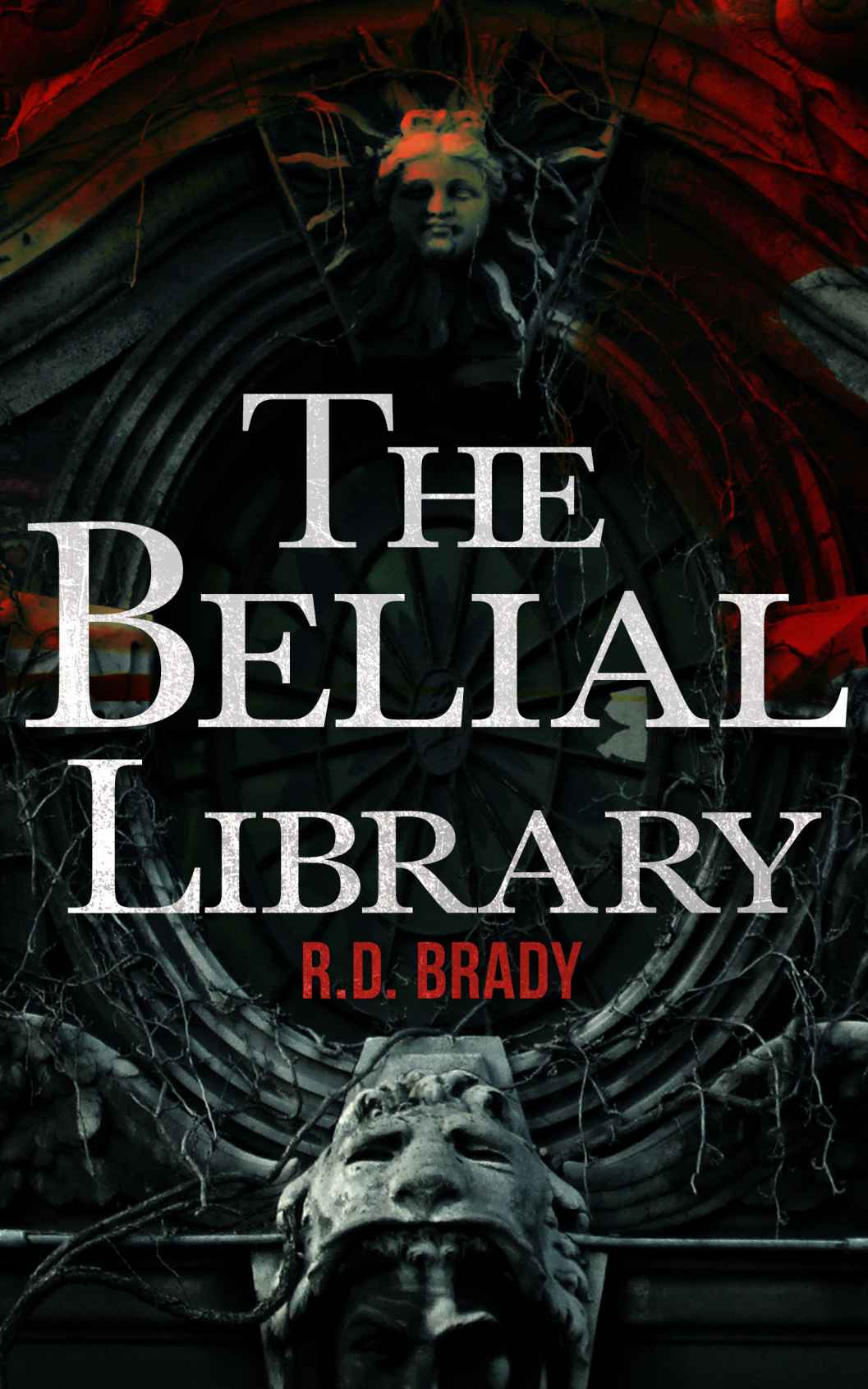 All Rights Reserved. No part of this book may be reproduced or transmitted in any form or by any means, electronic or mechanical, including photocopying, recording, or by any information storage and retrieval system without the written permission of the author, except where permitted by law.

“There were giants in the earth in those days; and also after that,

when the sons of God came in unto the daughters of men,

and they bare children to them,

the same became mighty men which were of old, men of renown.”

Six-year old Henry Chandler jarred awake, clutching his frayed bear.  His breath came out in jagged bursts.  He pulled his legs to his chest.  Small for his age, he was dwarfed by the twin bed.

His violet eyes darted around the room, straining to hear anything that told him why he'd awoken. He knew his room looked the same as it had when he went to sleep:  pale blue paint on top, red on bottom.  His stuffed animals, soldiers, board games, and books crammed the shelves on both sides of the door.  The ceiling fan turned gently, its air pushing the toy airplane that hung from the ceiling.

But moonlight shined through his window, casting long shadows across the floor.  The shadows, misshapen, looked like monsters reaching for his bed.  He clutched Huggles tighter.  His mom had assured him there were no monsters under the bed, but late at night like this, it was hard to remember that.

“Mom?” Trembling, he called out quietly.  If she was next door, she’d hear him.  She always did.

More loud bangs echoed up the stairs.  He knew those sounds.  Gunshots.  He’d heard them on TV.

A second barrage of gunfire echoed from the first floor, throwing him into panicked motion.  He struggled to free himself from his blankets.  Gripping Huggles, he sprinted across the room, jumping over the toys scattered on the floor.

He peeked through the crack in the door.  The lights in the foyer downstairs were on, casting the circular stairwell in a soft glow.  More thumps came from downstairs, and his father screamed.

Feeling like his heart was going to gallop out of his chest, Henry ran from his room to his parent’s room next door.  He flung open the door.  The giant bed was still made.  His mom’s lace pillows were perfectly positioned on the lavender quilt.

Where was his Mom?  He searched the hall wildly, his heart pounding.  Where was everybody?

As if on cue, footsteps pounded up the stairs behind him.  He whirled around.  But he knew his parents’ footfalls.  It wasn’t them charging up the stairs. His mother's words floated through his brain.
Trust your instincts, Henry.  If they tell you to run, you run
.

Without another glance, he sprinted down the hall.  He rushed past door after door – the bathroom, music room, study, office, sewing room, another bathroom.

His little legs struggled to move faster.  Why was this hall so long?

He kept his eyes focused on the little door two feet off the ground at the end of the hall.   He jerked to a stop at the dumbwaiter, sliding the door open with a bang.  Throwing Huggles on the tray inside, Henry clambered in after him.

"Hey!"  A man in black charged down the hall towards Henry.

Henry slammed the door shut, locking it.  His small hands curled around the thick ropes, pulling on them, lowering himself to the kitchen below.  Above him, the wood splintered as bullets crashed through it.   The man started kicking at the door.

"Come on, come on."  Tears streaming down his cheeks, Henry’s words came out in a  hiccupped burst as he pleaded with the ancient pulley system to move faster.  The lock above him gave way just as he reached the bottom.

Henry struggled to open the latch in front of him with his trembling hands.  He yanked and yanked on the small metal handle, but it wouldn’t budge.  “No, no, no,” he screamed.

A man's head appeared though the opening above him, two floors up.  He took aim.  "Gotcha, kid."

Henry covered his head with his hands just as the door next to him shot open.  Two arms reached through the opening, yanking him into the dark kitchen.  Henry screamed.  He fell on someone as bullets slammed into the tray behind them.

Soft arms curled around him.  "I've got you, baby."

Henry flung his arms around his savior.  "Mom," he sobbed out.

She hugged him to her and then stood him up, firmly grasping his hand.  "It’ll be okay, honey."

He nodded, trying to hold back his tears. For the first time, he noticed the body stretched across the back doorway, the gun his Mom held in her other hand.  "Mom?" his voice cracked.

She squeezed his hand, turning her violet eyes to him.  "I won’t let anyone hurt you."

He stared into her eyes, knowing she was telling the truth.  "Where's Dad?"

She went still.  Fear slashed across her face.  "Protecting us."

Gunfire came from the front of the house and footsteps once again pounded down the stairs.

"Stay behind me," his mother ordered, releasing his hand.  She gestured for him to get low behind the counter as she aimed the gun for the kitchen door.  More gunfire rang out just beyond the door and a man yelled.   Henry couldn’t tell who it was.  A body fell against the wall from the other room.  Hard.  Henry jumped at the sound.

With a cry, Henry’s mother ran across the room, catching his father as he fell.  Henry ran to help.  Stumbling under his father's weight, the three of them crumpled to the floor.  His father gave a small cry of pain.

Henry helped his mother roll his father onto his back.  Even in the dim light, Henry could make out the trauma that ravaged his father's body.  Bullet wounds dotted him, blood from his chest still pumped out.  His mother tried to staunch the blood with her robe.

Her father took her hands.  "It's too late for that now."

Henry stared at his Dad, trying to understand what he meant.

Tears streamed down his mother’s cheeks.  She ran her hand along his father’s face.  "I love you."

His Dad held her hand to his cheek.  "I owe everything good in my life to you."

“Did you take care of all of them?”  his mother asked.

His Dad nodded and then grimaced.  “But you’ll need to find out who sent them.”

“I will,” she promised, clutching his hand.

His father turned his eyes to Henry. "I'm sorry for leaving you, son.  I wish I could stay."  He held out his other arm.

Henry felt the air leave his lungs.  His father was dying.  He threw himself to his father's side, sobs wracking his body.  He felt his father fight to breathe.   Even now, as his Dad struggled to stay with them, he felt his father’s strength.  How could he be dying?  Who’d done this to him?  Why?

As his father's heartbeat slowed, Henry gripped him tighter, as if somehow he could keep him here.  As if he could give his Dad his own strength.  He looked into his father's face. "No, Dad.  Don't go.  Don’t die."

His father ran a hand through Henry's hair with a smile.  "You'll be okay.  Always remember how much I love you.”

With his last breath, his father turned to his mother. "You must keep him safe, Victoria.  Don’t let anyone know who he is."

Sebastian Flourent tossed the handful of pills into his mouth, his shaking, liver-spotted hand reaching for the glass of water.  He hated taking the things, but his doctors insisted.  Putting down the glass with a thud, he stood, reaching for his cane.  Another indication of how far he’d fallen.

He used to be a man feared, both physically and mentally.  Now only one of those was true.

He walked out of the kitchen and down the hall.  A wall of windows lined the entire left side of the house.  He glanced out with a grimace.  Red desert rock stared back at him.  He longed for the lush green fields of his family’s Georgia plantation.  But his doctors warned against the humidity.  He’d been medically banished to this desert wasteland.

Instead of the home his family had lived in for generations, he was living his final days in a newly polished house.  The architecture firm had almost swooned over the prospect of building this home into the side of Red Canyon.

At least he was able to surround himself with his things.  Rembrandt, Monet, and a Picasso he’d picked up in Paris decades ago were the only souls to bear witness to his passage.   He paid his staff well to keep his home immaculate and themselves out of sight.

He opened the door to his office, nodding in approval.  The report he’d requested was already on his desk.  The desk itself shined in the early morning rays from the windows. Crafted out of the timbers of an ancient Viking ship, he had it polished every morning. Vikings were his ancestors.  He could trace his lineage back to Erik the Red and his famous offspring, Leif Ericson.  Both were men of vision like him.

He took his seat behind the desk, pulling his glasses from the top drawer.  Leaning back, he pulled the report closer.  A grant had recently been approved to allow two archaeologists to catalogue the Crespi collection down in Ecuador.

Hmmm.  This could be an opportunity
.  He reached over and hit a button on his phone.

A minute later, his assistant Gerard Thompson, who’d been with him for four years, appeared in the doorway.  "Yes, sir?"

Jealousy flared as it always did when he saw Gerard.  Only thirty years old, he was the picture of vitality.  Blonde hair with brown eyes, a strong build, and military posture, he was everything Sebastian had once been.

At seventy-two, Sebastian's back had begun to curve and his once-blond hair was now perfectly white.  But his blue eyes and, most important, his mind were as sharp as ever.

He gestured for Gerard to enter.  "Tell me about the two archaeologists attached to this grant."

"Interesting.  Pre-diluvian civilizations.  She received quite a bit of attention with a recent article on ice dams and their relationship to catastrophic flooding at the end of the last ice age."

Gerard continued.  "This is the second time she's worked with the Shuar people.  By all accounts, she has quite a bond with them, particularly with their leader, Lucia Nunink."

Sebastian sat back, his hand on his chin.  "And the other archaeologist?  Is she the same woman from the Montana incident?”

"Yes.  Dr. Delaney McPhearson.  She has a Ph.D. in criminology and is finishing up her work for a second doctorate in archaeology.  She has been identified as being critical in the uncovering of the Montana site."

A Tale of Two Proms (Bard Academy) by Lockwood, Cara
Clawback by Mike Cooper
Beasts of the Seventh Crusade (The Crusades Book 4) by Mark Butler
Trust Me by Abbott, Jeff
The History of Jazz by Ted Gioia
Not a Penny More, Not a Penny Less by Jeffrey Archer
25 - Attack of the Mutant by R.L. Stine - (ebook by Undead)
Charlie Bumpers vs. the Squeaking Skull by Bill Harley
Breakfast at Tiffany's by Truman Capote
Orchard Valley Brides by Debbie Macomber