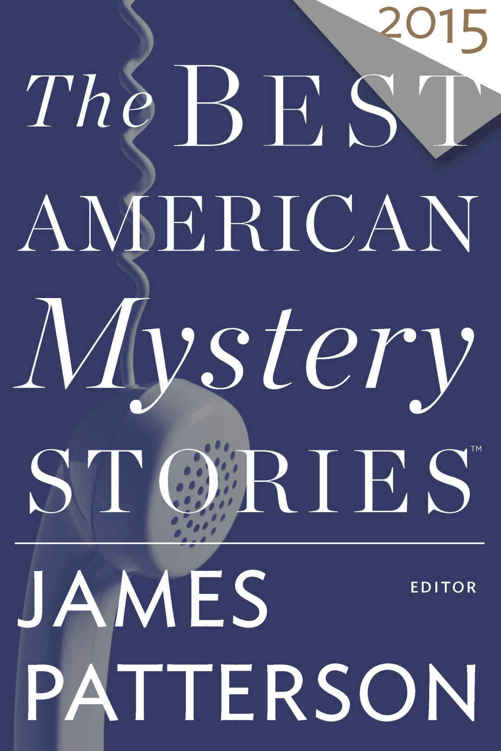 Jeffery Deaver
,
The Adventure of the Laughing Fisherman

Scott Grand
,
A Bottle of Scotch and a Sharp Buck Knife

Kyle Minor
,
A Kidnapping in Koulèv-Ville

Other Distinguished Mystery Stories of 2014

These stories are works of fiction. Names, characters, places, and incidents are products of the authors’ imagination or are used fictitiously. Any resemblance to actual events, locales, or persons, living or dead, is entirely coincidental.

“The Adventure of the Laughing Fisherman” by Jeffery Deaver. First published in
In the Company of Sherlock Holmes.
Copyright © 2014 by Gunner Publications, LLC. Reprinted by permission of Jeffery Deaver, Manager.

“A Bottle of Scotch and a Sharp Buck Knife” by Scott Grand. First published in
Thuglit
, Issue 11. Copyright © 2014 by Zach Basnett. Reprinted by permission of Zach Basnett.

A
UTHORS ARE SELDOM
cultural icons in America. A vast number of young people cannot identify a photo of Joe Biden or Mitt Romney, have never heard of
The New Yorker
or
The Atlantic
, think Abraham Lincoln is the president of the United States (yes, a survey taken last year showed that 4 percent of Americans were confident that this was the case), and guess that Stephen Hawking is, like, um, a quarterback. Yet they can instantly recognize a photo of Katy Perry or Beyoncé and, in all likelihood, provide a comprehensive discography in relatively accurate chronology. But an author? Someone who writes the books from which their favorite films are so frequently adapted? No.

Publishers spend small fortunes advertising and marketing their star authors, and legions of writers work their fingers bloody tweeting, blogging, posting, and whatever else it’s possible to do on various social media. Authors make personal appearances at bookshops, libraries, universities, and whatever organizations will have them, and they give scads of interviews for newspapers, magazines, websites, radio programs, podcasts, and television shows. Nonetheless, most may as well be laboring in the Witness Protection Program for all the recognition they receive, while their books seemingly are released as documents that only those classified with top-level security clearance may locate.

Having made that (perhaps) hyperbolic statement, I should note that there are occasional exceptions to the anonymity of authors, and there is no greater refutation of the concept of anonymity than James Patterson, the guest editor of
The Best American Mystery Stories 2015.

Several factors contribute to the recognizability of Patterson’s name and, more recently, likeness. First, predictably, is the enormous popularity of his books, largely instigated by his creation of Alex Cross, the African-American psychologist who works as a homicide detective in the Washington, D.C., police department. While most mystery writers struggle with the expectation of writing a book every year, the prolific Patterson increased his presence by writing multiple books every year, ultimately producing so many different series that he hired other authors to collaborate with him. When he began to add books for young readers to his opera, his output reached a book a month—every one of which sold enormous quantities (the
New York Times
reported that one out of every seventeen hardcover novels published in the United States since 2006 has been written by Patterson).

As books are being published with such regularity and in such impressive numbers, there is always a Patterson book on the bestseller list and in the front of the store, so it is impossible to avoid being reminded of his work and his name. He is now a “brand.” Also, and this is extremely unusual in the world of publishing, his books are advertised on television, frequently with the author onscreen, enticing potential readers while warning them of the scary stuff that awaits them.

Finally, Patterson has become a highly visible spokesman for literacy programs, to which he offers more than his name and image. He has initiated several programs to which he has contributed millions of dollars, most recently in the form of stipends to independent booksellers.

How he found the time to be the guest editor for this book is anyone’s guess. Why he agreed to do it is more complex. Trust me—it’s not for the money, which would be a rounding error for his monthly income. It’s not because he needs another book on the shelf to prove he works hard. I confess that I didn’t ask the question, lest he pause for a moment to ask himself what in the world he was doing.

Most likely Patterson has an affection for this important series and liked the idea of being part of it. I helped him assemble a library of great fiction (titles that he chose), reflecting his eclectic but elevated taste (he loves
War and Peace, Ulysses, One Hundred Years of Solitude
). It is evident that literature means a great deal to him, and let’s face it, having his involvement with this book will help sales (Houghton Mifflin Harcourt is even releasing a hardcover edition this year). A lot of contributors who are not household names will receive exposure that they would have been unlikely to have had otherwise.