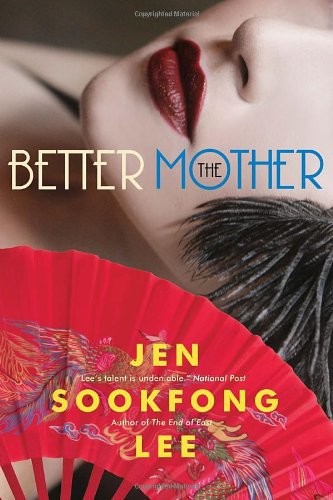 THE END OF EAST
SHELTER

PUBLISHED BY ALFRED A. KNOPF CANADA

All rights reserved under International and Pan-American Copyright Conventions. No part of this book may be reproduced in any form or by any electronic or mechanical means, including information storage and retrieval systems, without permission in writing from the publisher, except by a reviewer, who may quote brief passages in a review. Published in 2011 by Alfred A. Knopf Canada, a division of Random House of Canada Limited, Toronto. Distributed in Canada by Random House of Canada Limited.

This book is a work of fiction. Names, characters, places and incidents either are the product of the author’s imagination or are used fictitiously. Any resemblance to actual persons, living or dead, events or locales is entirely coincidental.

Issued also in an electronic format.

D
anny is eight years old and skinny, a boy who fingers his kneecaps every night, wondering if the sharp bones will pierce through his skin if he gets any taller. It’s summertime, and his black hair—thick and straight and glued in place with three generous dollops of Brylcreem—shines in the sunlight as he bobs and darts through late-afternoon crowds on Pender Street. A white woman in a greyish-pink straw hat (the colour Danny imagines is called
dusty rose)
stops to stare, her green eyes lingering over his cut-off jean shorts. He tugs at his almost-outgrown, striped T-shirt, but soon recovers; it’s not he who should feel out of place, but this knobbly-faced woman. She is, he thinks, the kind of person his father complains about, the kind who comes down to Chinatown on weekends and holidays to gawk at the mysterious dried seahorses in the herbalist’s window, taking in the stacks of Chinese newspapers on the street corners, the lined and tanned men leaning against the buildings, their fingernails yellow and split from cigarettes and weekday work.

Danny grins sweetly at this woman until she tentatively smiles back. She isn’t to blame for being one of the many tourists who troop through the neighbourhood and hog all the parking spots big enough to fit his parents’ boat of a car. Satisfied, he continues weaving between people until he spies his father’s favourite café. Standing at the counter inside, he can see, behind glass, the rows and rows of apple tarts, their flaky tops sprinkled with sugar. But he knows that looking isn’t any use. Money, it seems, is always tight and the family’s curio shop always on the verge of closing. Besides, he had lunch at home with his mother and little sister just four hours ago: a bowl of bland but filling rice, that leafy green he can never remember the name of, a steamed pork patty dotted with the pickled snow cabbage he hates.

He waves at Mr. Gin behind the counter. “One pack of Sweet Caps, please.”

Mr. Gin nods. “I bet all these tourists are making him grumpy, eh? All right then, here you go.” He hands over the pack of cigarettes.

Danny digs in his pocket for the coins his father gave him, but it’s empty. He checks his back pockets—nothing. Bending down, he searches his socks and the insides of his shoes—still nothing. He stands up and stares at Mr. Gin.

“I must have lost the money.”

“Don’t worry, Danny. The cigarettes will be here. You can come back later.”

“No. Dad will be so mad! He always says that I have holes in my head.”

“You’ll have to tell him the truth. Here, why don’t I give you this apple tart to make you feel a little better.”

But Danny is gone, blindly rushing down Pender Street, spooking the live chickens on display in their cages. They flap their wings, peck at their own toes in anger. Maybe if he runs fast enough, he’ll escape Chinatown altogether and never have to face his father again. Or watch his mother wipe away stray rice grains with her thin, mud-coloured sleeves. Danny makes a tight right turn into an alley. The trail of a woman’s voice shouting in Chinese follows him: “Slow down, little boy! You’ll knock down one of my customers. You’ll get it then, I tell you!”

He slips into the shadows, hears the click and clack of mah-jong tiles from the third-floor windows echoing off the tall buildings. The air is damp, as if all the rain that fell during the spring has been trapped in the cracks between bricks and uncovered garbage cans, and sharpens the smell of barbecued pork and overripe fruit that stings the insides of his nostrils. He slows to a walk, keeping one hand on the exterior wall of the building on his left so he can trace the roughness with his fingertips, feel the mortar crumbling as he passes. Sometimes he thinks that he could walk all these back streets with his eyes closed, using the texture of the bricks and rhythm of his footsteps to find his way to the shop—or somewhere else far, far away.

The alleys are the only places left where it is almost always silent. Sunlight still filters through the power lines, but it is a very particular light, striped with darkness, sharply defined by the shadows it tries to burn away. Through the half-gloom, he sees a woman leaning against a wall, a line of
smoke with a familiar smell rising from her mouth and floating into the air.

He creeps toward her. With every step, more and more of her comes into focus. The lines around her legs begin to sharpen. She is wearing fishnet stockings and red T-strap heels. Her hair is jet black like his, but hers seems to absorb light, not reflect it, and her head is like a storm cloud, all heavy and moody and maybe dangerous. A green robe hangs around her, hastily tied and partially covering her black satin one-piece. She crosses her left leg over her right, and a row of green sequins around the tops of her thighs catches a wayward beam of light.

When she turns to look at him his stomach lurches. Instantly, he is aware of the toothpaste stains on his shirt, his mismatched socks, even the tiny hole over the baby toe on his right shoe. She is everything beautiful that he has ever imagined, more beautiful than Lana Turner or Rita Hayworth or even the stars in the night sky. This woman stands before him, breathing and shifting, more real than any actress or far-off constellation, as real as his own mother, but so, so much more dazzling.
She
would never pin up her hair without looking in a mirror or wear her husband’s old corduroys rolled up to her knees because they’re still too good to throw away. For a second, he sees his mother in that same green and black outfit, but he realizes she would still be the mother he has always known, just squeezed into clothes she has no business wearing. A familiar surge of disappointment rolls through his chest.

He imagines running down the alley and resting his cheek against the smooth satin barely covering this woman’s body; he is sure her muscles won’t give, that there will be no
extra rolls padding her belly. But he stands motionless, hoping that he will somehow melt into the grime and slick of the alley and that this perfect creature—so powdered, so fleshy—will not see him and the telltale signs of his unsophisticated life.

She squints through the shifting light, her face hard and suspicious, like she is bracing herself for something unpleasant but predictable: perhaps a stumbling, drunk man, or a woman from the nearby church, maybe even the same one who came into his father’s shop two days earlier clutching a fistful of pamphlets and wearing plain brown shoes. When Danny feels her black-lined eyes travelling over his flushed, hastily washed face, he holds his breath, wondering if she will ignore him, yell at him, or, worst of all, pat him on the head like a puppy and send him on his way.

A pigeon waddles across the alley, stopping to consider a soggy piece of bread.

The beautiful, satiny woman suddenly smiles. Her face softens and she looks, for a moment, like she has just spotted her child in a crowd. Danny lets the air out of his chest and puts a brown hand on his forehead. Somehow, he feels swollen and light at the same time.

“Do you need something, little boy? Are you lost?” Her voice is like gravel crunching under the wheels of a speeding car. Danny feels sorry for her and wonders if the cracking in her voice is from sobbing into a pillow in the dark early morning, the way he once saw a light-haired actress weep in a sad, romantic movie.

“Are those Sweet Caps?” He wants to kick himself for uttering such an ordinary thing to this woman, who is surely a temperamental creature, one who might bristle at questions
deemed too mundane for her bejewelled ears. But his words have already fallen like heavy bricks.

“My smokes? You’re far too young to be thinking of putting one of these in your mouth.” She smiles again, runs a painted fingernail across her red lips.

“My dad needs some, but I’ve lost the money. He’ll yell at me unless …”

“Sweetheart, if you need some smokes to keep your dad from dressing you down, by all means.” She reaches into a pocket on her robe and pulls out a full pack. “Here, take them.”

“Thank you,” Danny whispers, darting forward to take the cigarettes from her white, unlined hand. “Miss …?”

“You can call me Miss Val. Although everyone around here knows me as the Siamese Kitten. Funny, isn’t it? Pretending to be Oriental in the middle of Chinatown.”

“Sometimes I think I would rather be someone else,” Danny ventures, tucking the pack of cigarettes securely into the waistband of his shorts.

“Honey, we all wish we were something we’re not. That club back there,” Miss Val gestures toward the grey door behind her, “is full of men pretending all sorts of things.” She laughs loudly, and it sounds like hundreds of bells, the kind Danny once heard being rung for dinner in the fancy house his mother cleans once a week. Because of her raspy voice, he had expected her to chuckle or half growl and he laughs with her in surprise. “I guess that’s where I come in. Easier for them to forget their lives when I’m up onstage, shaking my can in their sad little faces.”

Danny steps forward again, his hand outstretched and reaching for her shiny green robe, but Miss Val doesn’t notice.
She blows a smoke ring and watches it dissipate into the air above their heads.

“There was a time I could have been a real, bona fide actress. The studios were interested, let me tell you. But that was almost ten years ago now, and I guess I can’t complain. Better dancing and taking off my clothes every night than breaking my back raising five kids.” She pats her hip with her free hand and looks down at the ground. A puddle shimmers with the tremor of cars and trucks passing at either end of the alley.

He is close enough to smell her perfume—woody and underground, like freshly turned soil and cedar in the rain. He wants to breathe it in deeply until he falls asleep. The belt on her robe is dangling from her waist and he pinches the end between his index finger and thumb. So soft and smooth. Slippery like water, if water were cloth. What if he wrapped the fabric around his wrist and twisted it up his arm? What would that feel like? Like a whisper on the ear? The breeze from a seagull flying overhead?