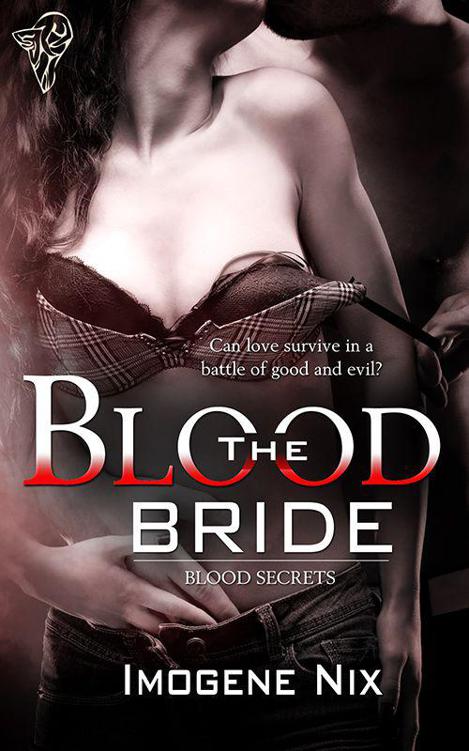 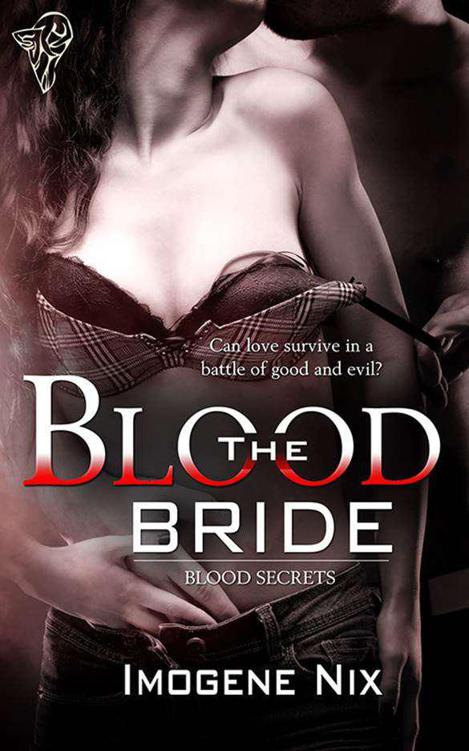 This story contains 198 pages, additionally there is also a
free excerpt
at the end of the book containing 11 pages.

Book one in the Blood Secrets Series

Hope and Xavier must fight for their lives and those of the innocents in a battle for good and evil. But will it be enough?

Hope just wants to be an ordinary nestling. She went to college and escaped, but now she’s back and there’s a secret everyone is keeping from her.

Xavier is the new Master of the nest, ready to welcome home the daughter of the house whom he has never met. He’s unprepared for the woman who steals his breath and enchants him.

Now Hope and Xavier must fight for their lives and those of the innocents. After all, it is only by overcoming the rogues that they will have a chance of a immortal future together. But will they be in time?

No author is an island, including me.

So each and every time I get to this point, I have to remember to thank the people who have helped me.

Thank you to Sue and the Total-E-Bound family
—y
ou had faith in me and this book (and series), and for that you have my undying gratitude.

To the AOS crew all I can say is “Mwah!”

Kylie, Fiona, Jenny A., Jenny B. and my Kick Butt girlfriends
—
thanks! Your friendship and assistance means so much to me.

Mark, Charlotte and Beth
—
without you there would be no one to spur me on. You hang my stars and moon.

The shadows grew as silence descended on the house, dark greys and blacks that bled into each other. First one figure then another broke away, making a run towards the house. Silent as the grave, they moved swiftly over the dew-slicked grass. Then they stopped still. Waiting. Not a movement betrayed them until a signal propelled them into action. They started to move, crawling up the walls. The damp coating of the walls was no barrier to the intruders as they ascended in the darkness.

The sound of each window breaking shattered the quiet, and the figures were inside. Screams echoed through the night, but in this area of large estates, with heavy noise-absorbing shrubbery, no one would hear those within. The blood-curdling screams went on and on before finally dying away. Just one sound echoed through the night. The sobbing of a child filled the air.

The front door opened and the figures trooped out, like ghostly spectres entering the inky blackness of the night. It remained broken only by a single outline of a child in white, carried at the centre of the pack. The sobbing sounds died away to an eerie quiet. Not a word was uttered while they moved as one towards the trees that surrounded the house, silently gliding across the crisp and cold grass.

Flickering flames licked at the manor, creating a deathly glow in the night, and an oily smoke rose up. A single person stood, wrapped in a cape of midnight blue beyond the house, watching them melt away. Paroxysms of grief were brutally repressed as she watched and waited.

Finally, they were gone from sight. Though Jemima knew with their acute hearing they might detect her, still she moved forward towards the burning structure, becoming bolder before breaking into a run as she breached the threshold. Vainly she attempted to enter, but the heat of the fire drove her back.

Sobbing and dashing the tears from her face, the woman raced across the gravelled driveway towards the gates, where the guardhouse was located. Not a sign of life existed within the building, but some instinct of survival slowed her pace to a careful creep.

Peering through the small windows illuminated by weak flickering lights in the dark night the woman nervously checked within. She was out of breath and heaving with exertion, as well as horror at the brutality she had seen within the main house. Small puffs of white vapour coloured the glass, the air filling with the faint sound of her barely controlled breathing. She darted from one window to another, the cloak drawn tightly around her body to keep out the chill that invaded the night. She also vainly hoped that it would act as camouflage from their keen eyesight.

Finally satisfied, Jemima entered through the heavy wooden front door, moving towards the phone she spied on the floor before picking it up. Her movements were jerky, her eyes darting here and there, as she dialled with shaking hands, listening to the rotary motor as it returned to the proper position. Time was short and if they came back, she needed to have shared the message. The phone rang once, twice, with a brrping sound, then it was connected.

“Hello?” A male answered and she felt a warm flush of relief at the voice. One she knew well.

“The manor has been breached. The girl child taken.” Jemima shook as the words erupted from quivering lips. Her hand trembled.

“On our way.” The click of the receiver being replaced echoed loudly in the stillness of the room. Copper. She could smell copper. Her stomach soured. That meant more deaths. Jemima looked around for the gun with deadly holy water-infused copper bullets that she knew was hidden somewhere in the room, hoping that none of the creatures remained in the small building. The gun was hidden from sight.
No
divine intervention exists here
, she thought.

Hopefully they didn’t remain. Feeding. If they were still here, that’s what they’d be doing. She found a corner and scrunched down, hoping to remain out of sight.

The woman watched and waited, crouched into the space for what seemed a long time. Shivering when she couldn’t control it, she tried to stay as still as possible while listening for sounds of the vehicles she knew would be coming. She dug her fingers into the flesh of her arms, but she remained aware enough to stop before drawing blood. That would surely bring them out. The woman dragged the cloak around her to capture the warmth that she craved, but there was little to be found.

Finally, the sounds of engines roused her from the corner of the room where she waited. Jemima inched towards the window, the lead of the old glass distorting her view, but the raised voices she knew. She opened the door of the small house and went outside.

The angry roar of powerful cars died away as the last pulled to a stop. Voices echoed in the night. The sound of sobbing from the back vehicle filled the air.

“Verity, stay in the car.” The sound of anguished sobs emanating from the back seat of the car broke her concentration for the tiniest instant. Jemima took in the tableau being played out, her heart beating wildly in her chest. The human who had emerged from the car, wore an immaculate black suit and silk tie, denoting his status within the nest. There was strain on his face, written in the tight white lines around his mouth and the constant tic she noted. His wife, Verity, sat being comforted by two of the Mistress’ underlings. Her despairing wail rent through the still night, while her makeup ran, leaving dark mascara streaks on her face, as it cut through the rouge and paint she wore. Her elaborate evening gown rumpled while she rocked back and forth.

Only the dim flicker of flames and smoke filled the air, the time from the call to their arrival leaving no more than a burning shell now. She knew it would obscure almost any scent but remained hopeful. This far out, they couldn’t expect a fire truck and while the emotions of loss and sorrow pulled at her, she understood the child was a higher priority now than saving those already lost. But the emotions clawed at her.

The Seasons of Trouble by Rohini Mohan
Project: Runaway Bride by Heidi Betts
Armageddon by James Patterson, Chris Grabenstein
The Glorious Becoming by Lee Stephen
The Darling Buds of June by Frankie Lassut
The Void of Muirwood (Covenant of Muirwood Book 3) by Jeff Wheeler
Stripped Down by Anne Marsh
Latched (Coronado Series Book 1) by Hart, Lea
The Sword Dancer by Jeanne Lin
The Trojan Horse by Hammond Innes