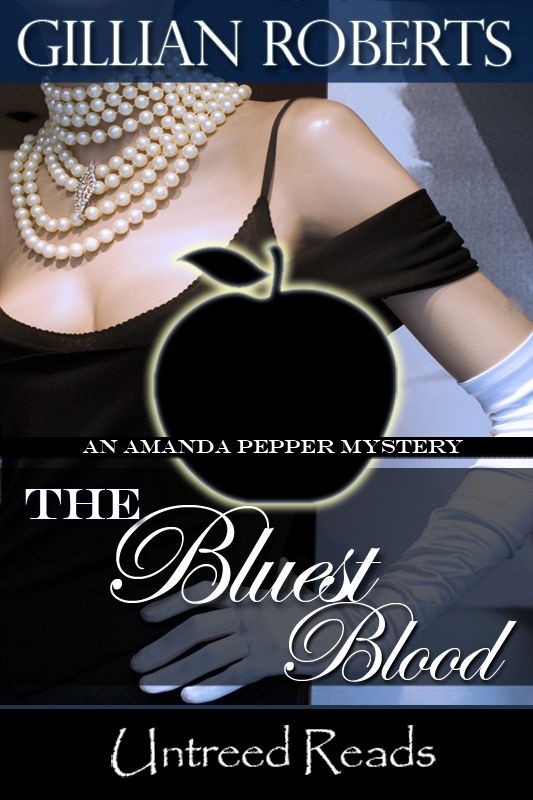 I’d Rather Be in Philadelphia

How I Spent My Summer Vacation

In the Dead of Summer

With love beyond words to the Appel family:

and the memory of Darren

In Amanda Pepper’s world, her adventures in crime cover slightly more than two years of her life, even though writing them spanned twenty years of nonfictional time. I tried throughout to keep her stories in a vague “now,” not realizing how much reality was changing in both our worlds. This makes re-reading the series a form of time-travel, something I never anticipated.

When I wrote it, I thought this book was about three things I’d blended together: attempts at censorship (which unfortunately, time hasn’t changed), a news story I’d found fascinating and Amanda’s life as a teacher. Now I see it was also about my fascination with or fear of the new (then) technology. The first books take place in a world of typewriters and carbon paper and mimeograph machines. Later, a computer appeared, but it was in the school office and was simply a repository of student records.

Now, to my surprise (and probably to Amanda’s—after all, in her world, this story takes place only a month or so after the last one), technology has zoomed forward at warp speed. C. K. has a personal computer and he and Amanda’s high school students are fascinated by the Internet. Amanda’s not sure she understands why and she’s fairly sure she’s not happy about that distraction. And yet…

Saying any more would reveal too much of the plot, so I’ll simply say that I hope you enjoy surprises of many kinds in
The Bluest Blood
.

“Down these green streets a man must go.”

“There are no streets out here. They’re lanes and courts and roads and avenues and ways,” I answered Mackenzie. “These are upmarket byways. And currently not very green.”

We drove through wide suburban not-streets lined with skeletal trees with only the slightest whisper of life. It was March, but spring seemed a rumor, a fever dream. I suspected that last month the groundhog had seen not only his shadow, but also the shadow of death.

Nonetheless, the night felt warm with promise. We were en route to a black-tie gala, not exactly a standard activity for us. A Saturday night of wining, dining, and dancing at a fabled mansion I’d never expected to enter. I smiled in anticipation.

Mackenzie glanced over. “You look like a woman havin’ delicious thoughts,” he said. “I trust they’re about me.”

“Absolutely. About how irresistible you are in your tuxedo.” He was, and it worried me somewhat. Not the attraction, but how much I loved his non-homicide-detective persona. But I wasn’t going to dwell on that tonight, not while the very sight of him gave me so much pleasure.

“Good,” he said. “An’ though I doubt it’s possible, if you ever do tire of thinkin’ about me, you can think about yourself, about how radiant you look, because you do. That dress brings out the copper in your hair, makes your eyes so green…” He paused. “That dress reminds me of you. I mean you’re next to me and it’s not like I forgot you—but like maybe I had gone blind till now.”

“Many thanks.” I understood what he meant. It was one of that handful of nights in a lifetime when I knew he was correct. Not that I was as beautiful as he implied—that was not vision speaking—but that I’d been transformed into something else that I would never have admitted wanting to be.

Lacking formal attire, and unable to fill out my six-foot friend Sasha’s collection of “antique” garments, I had rented a bronze silk number in a place that recycled the A-list’s discards. The word
gown
didn’t do it justice. It had been colored and cut by a fairy godmother with an advanced degree in design, and had turned out to be a magic garment, because when I wore it, there was somebody else in the mirror—somebody I wanted to be, and knew I could be, at least while I wore it. Clothes may make the man, but they remake the woman. Tonight, I wore not only a glimmer of bronze, but a sense of infinite possibility. I could present myself any way I chose, pick the play I starred in.

“Whatever makes you smile that way,” Mackenzie went on in the drawl that honey-coated his every word, “I do hope it’s not the Roederers. Or their palatial digs.” He shook his head. “Because then you’d be a groupie for people who didn’t do anything except get themselves born into families that did their thing generations ago. Bein’ starstruck over pedigrees seems positively…un-American of you.”

“Going to their house is one thing,” I said. “A vacation trip to Moneyland to see what a zillion dollars and good taste can produce. It isn’t the Roederers’ money I admire, but what they do with it.”

He gave a grudging half nod because to do otherwise would have been ridiculous. The couple merrily sprinkled money around, primarily onto the arts, and not in the time-consuming, semi-anonymous manner of Old Philadelphia. They did not sit upon boards and ruminate. They decided what they liked, then popped cash into the hands of those who could make it happen. Their taste was eclectic, their bounty wide-reaching—and it now included Philly Prep’s media center, which I wish were still called the library.

I was the unashamed fan of Edward and Theodora Roederer, known more commonly and less formally as Neddy and Tea (as in the beverage). Mackenzie had grumbled about “cutesy-pie rich people tags”—he who had no names at all. He thought that they’d missed a chance to be still more precious by re-nicknaming Edward “Coffee” or “With lemon.” “Then they’d be the complete and perfect ‘We’re-rich-enough-to-sound-as-stupid-as-we-like’ couple’s names,” he’d commented.

“I’d think you’d be intrigued by their history. You’re the buff,” I now said. Neddy Roederer’s middle name was Franklin. As in Benjamin, revered Founding Father and Inventor of Practically Everything. And Neddy’s relative. Probably.

It is historical fact that Ben’s only son, William, was born out of wedlock, and although William broke with his father in most ways by becoming a loyalist and settling in England, he followed family tradition by siring his own “natural” son, another William, who wound up serving as Granddad Ben’s secretary in France.

According to an
Inquirer
article—yes, I admit, I read whatever I could find about them, which wasn’t much because the Roederers shied from publicity—Edward Franklin Roederer claimed (with a wink, the reporter noted, as if he were joking or didn’t really care one way or the other) that he was the descendant of the illegitimate son and grandson. The Willies, he called them, those “somewhat shady” Franklins.

Tea, the one reputed to have the fortune, had her own dazzling kin listed in the
Almanack de Gotha,
the who’s who of Europe.

“You know what Mark Twain said about your hometown?” Mackenzie asked.

I could tell by his tone that it wasn’t going to be complimentary, but as always, I couldn’t resist a peek into his cluttered, over-full storage bin of a brain.

“Twain said that in Boston, they asked how much a man knew. In New York, they asked how much he was worth. But in Philadelphia, the question was, who were his parents. Nothing’s changed, has it? Neddy Roederer’s connection to Franklin turns the blood in his veins cobalt-blue. Which harmonizes perfectly with Tea’s green, green cash.”

Probably true, but it didn’t bother me one bit.

Mackenzie leaned forward and sighed. “Suburbs aren’t big on makin’ it easy for outsiders to find the way.”

“Another way the rich are different from thee and me.” The road was indeed dark, with the night sky covered by clouds, a paucity of street lamps, and nothing like an address on the curbs. In fact, nothing like curbs. The straggling March grass of the expansive lawns ended at the road’s blacktop. The unwritten message was clear—if we didn’t know where we were, we didn’t belong here.

I’d have thought Mackenzie was used to unlit spaces, however. He’d been raised outside New Orleans in a place I envisioned drooping with moss, humidity, and snapping creatures—and lit only by fireflies and swamp gas.

We passed an attenuated estate now filled with enormous raw homes: chateaux, haciendas, and nouveau Elizabethan half-timbered concoctions, all barefaced against the elements until their scraggly landscaping filled in. On a hill above them loomed a still larger structure, once the manor house. A sign announced: EVERGREEN ACRES, A RETIREMENT FACILITY.

EverGreen sounded familiar. I’d thought it was a nastily ironic name for its inhabitants, so deeply into their own brown autumns that they had to live there. I checked the directions. “Turn here,” I was finally able to say. If homes lined this new road, they were too far back and too far apart to be visible. We drove in a tunnel of night. “It’ll be on our left in a while.” I said it out loud to reassure myself.

Even in profile, Mackenzie showed the full force of his concentration on the dark and unfamiliar road. “You’re being a really good sport about this,” I said. Without protest, he’d agreed to accompany me, even though I knew a Philly Prep fund-raiser wasn’t his number-one choice of how to spend his leisure time. Nor was it mine—except when it was being held at Glamorgan. In any case, I had no choice. I had been told to come and had been handed a set of tickets. I was going to be the Faculty Poster Girl, because I had helped alert the Roederers, through their son Griffin, a student at our school, to the pressing needs of the library. Besides, it wouldn’t have looked good if not a single teacher had attended, but we weren’t paid enough to squander a cent—or the hundred dollars each ticket cost—on a gala. Particularly when it meant mingling with the parents of our kids—the trees those apples hadn’t fallen far from. “Thanks,” I said, patting his gloved hand.

His understanding and willingness gave me hope for our experiment in living together. Maybe we two bullheaded people could manage to find enough crossover points to braid our lives together.

“An’ I promise not to belch or pick my nose or forget to use silverware when I eat,” he said. “An’ never to say things like, ‘Oh, you’re Farley’s mother? The one with the jug ears and no brain? Heard a lot about him.’”

“You’re a real twenty-first-century sensitive kind of guy,” I said.