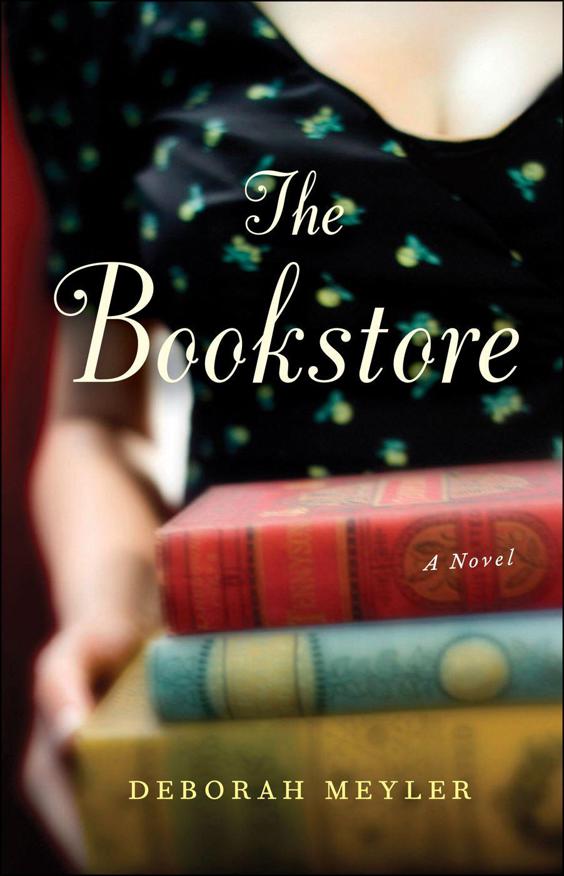 IN MEMORY OF MY FATHER, GORDON M
C
LAUCHLAN, WHO TAUGHT ME HOW TO BE HAPPY

I
, Esme Garland, do not approve of mess. This is unfortunate, because ever since I woke up this morning I’ve had a feeling that I might be in one. I sip my tea, and wonder if I have forgotten to submit a paper, pay the rent, feed Stella’s cat. Nothing springs to mind. I reflect that as I can’t even name it, the likelihood of a genuine mess is remote. I carry on sipping my tea and I look out on Broadway beneath my window.

The buildings cut the sunlight so abruptly in New York that the shadows look like a child has made them with scissors and black paper. The sun floods the cross streets in the mornings and the east sides of all the avenues are in deep shadow. The sharp light is one of the things I love here. The sharp light, the sharp people.

I like waking up to the sun streaming in. When I arrived here, I had schooled myself to expect a first-year’s room—a freshman’s room, they would say—one that had a tiny window with a view of a fire escape. I opened the door of this apartment, back in August, and there was the sun, streaming, streaming. It’s a studio, which means it is one room with a bathroom. It’s a good word, though—it works. Makes you think that you are part of the fraternity of starving artists who have struggled in garrets for centuries. It’s right above a twenty-four-hour deli, so it’s not
quiet,
but—a view
of Broadway, curving its way through the rigid grid of streets like a stream. It’s October now, and I still can’t get over it.

Irv Franks, in 14D, is lowering a basket down past my window. It has the usual shopping list and twenty-dollar bill pegged to the string. I check that one of the Koreans from the deli below is waiting for the basket. He is. He is smiling. Everyone, wherever they come from, knows that it is funny to replay village life in this way; everyone is pleased that it works.

I didn’t come to New York to escape the confines of my small town in England. I didn’t imagine that I could better express my personality in New York, nor that the city could rejuvenate my flagging spirits. My spirits rarely flag. I haven’t made the mistake, or achieved the hope, of thinking that New York might be my sanctuary or my redemption. Columbia University offered me a place to study art history, and threw in a scholarship for good measure. Nowhere else offered any money. Therefore I am in New York.

Things didn’t seem promising initially. I arrived like everyone else did, after swearing that I wasn’t a spy or guilty of moral turpitude, and that I hadn’t got any snails. In the first bewildering minutes outside JFK, on a Friday night in the rain, I stared out at veering yellow cabs, airport staff screaming abuse at cowboy operators, sleek limos nosing along the bedlam, the whole teetering on the brink of chaos. I thought, as so many people do,
This is impossible. I won’t be able to manage this
. But then, we do manage—we manage to get into the city at night without being murdered, and wake up the next day still alive, and shortly afterwards we are striding down Broadway in the sun.

I don’t have to go into college today. I am going to meet Mitchell for lunch, but first I am going to go to the Edward Hopper exhibition at the Whitney Museum. I am here to do a PhD in art history on Wayne Thiebaud, and I think Hopper is an influence on him. Thiebaud paints pictures of cakes. Or I should say, now that I am getting the hang of it, that he illustrates the demotic nature of America at the same time as
achieving a fine poignancy and awakening a never-quite-fast-asleep nostalgia for the prelapsarian innocence of a younger America, whilst staying within a formal rigor in terms of composition. Anyway, the lollipops and the cakes and the gumball machines are great.

I step across the hall to Stella’s apartment, to give Earl, the cat, fresh water and food. He slinks around my legs while I sort it all out.

I am early; I can walk down Broadway for a while.

Outside Brunori’s market, there is watercress bedded in ice, great boxes of lush dark cherries, asparagus bound with violet bands. It is owned by Iranians, who have sounded out the mood of the Upper West Side, and given themselves an Italian history and flavor. I go inside. It smells at first of warm bread baked with raisins and cinnamon. If you move a couple of inches to the right, it smells of fresh coffee. If you go over to the produce aisle, it smells cold, of grass and earth. It is not a big store; it’s just that a lot is crammed in. I buy six apricots, yellow into orange into a flush of red, all downy perfection, imported from somewhere where it’s still summertime.

I consider breaking faith with my usual bagel shop for the new one that I reach first. There is a crush of people trying it out, which makes the decision easier. The staff will be new, the customers won’t know what they want, and I am not very good at waiting. I don’t know what to think about when I’m waiting.

I go past the dull underwear shop. How does it survive, even on this radiant street, when there are such delectable places to buy underwear all over New York? Perhaps not everybody wants delectable underwear.

I go into my usual bagel place. It is basic, with peeling linoleum. In the back, in a room without windows, the bakers are shirtless and sweating. Sometimes you can glimpse into the back, the bagels all in rows, all bathed in red light. I don’t know if it is the red light of fire. There are often two lines at the bagel shop, and when you get near the front, you can step up to the Perspex boxes on the
counter and feel which are the warmest, and so the freshest. I ask for two sesame bagels. Then I order a coffee.

“The coffee machine is broken,” says the girl behind the counter. I nod understandingly, and hand her a ten-dollar note. As she is getting my change, the man who is looking after the other queue of people troops over to the machine and pours out a coffee for his customer. The girl serving me and I both watch this little operation, and then we look at each other for a second.

The girl says, “I
said,
the machine is broken.”

We appear to be at an impasse. She is banking on my not making a fuss, being a foreigner, young, female.

She says, without turning her head to check, “The machine is fixed.” She gets me a coffee and when I pay for it, she suddenly grins at me. “Have a nice day,” she says. By the time I step back out onto Broadway, I feel I have undergone a rite of passage. Trial by bagel. Am I now a real New Yorker?

Across the street, squashed between a Staples and a Gap, is The Owl, the bookshop I love to visit. Copies of
National Geographic
spill out on the pavement in front of it like treasure, yellow spines gleaming, promising further riches within.

Perhaps because it seems so insignificant, The Owl manages to remain a ramshackle old bookshop. Staples and Gap, blinded by their own brightness, barely notice its existence, nor, it seems, does any other behemoth on the hunt for suitable premises. But it glitters away there, a dark jewel in a shining street. It is easily overlooked, but it is deep-rooted in the city, and I like to think it shares something of older and greater endeavors. One age might pass over what another prized, and the next age might then revere it. Museums and libraries are in place, of course, to keep past treasures safe through the neglect, but the museums and libraries have a flotilla of insignificant vessels that are just as vital. Secondhand bookshops are some of the tugs that can bring the bounty safely to harbor. The Owl is small, and it is definitely shabby, but it is tinged with lofty purpose.

Regularly inundated with more books than he knows what to do with, George, the laconic and gentle owner, often tips some out into the dollar-only shelves outside the shop, and occasionally, here can be found hidden wonders. I keep an eye out for old auction catalogs; sometimes it is the only chance you might get to see a painting you need to study before it passes beyond the doors of some moneyed collector. There was an exhibition catalog out here for Robert Motherwell’s
Elegy to the Spanish Republic
paintings, bound in the blue that he loved from the packets of Gauloise cigarettes—that milky blue shade on the spine was how I found it. Other people find even better things; maybe they are willing to look for longer. I was at the bookstore once when George was telling the story to those gathered around of finding a signed Robert Frost out here, the signature in spidery green ink across the flyleaf, clearly written in the frailty of age, but genuine too. He kept it for a while, the collector’s impulse vying with that of the salesman. In the end, the poetic sensibility won out over both; George was better off, in his measured opinion, reading the man’s poetry than gloating over his signature. “Something there is,” he said, slowly, but with his eyes alight, “that does not love a signed first.”

The name attracted me in the first place; it is not a name that seems calculated to bring in a torrent of custom, which immediately sets it apart from almost everything else in New York.
The Owl.
It doesn’t even have any sign to indicate that it is a bookshop; it could just as easily be a bar, or a pet store specializing in raptors.

I love to slip into the bookstore. It is my haven—I don’t have to prove myself there, as I do, endlessly, at Columbia. I can go to browse or go to listen. It is open until late, sometimes past midnight, and I usually go in the evening when I am too tired to do any more work. They have the books you want to be there; what would a secondhand bookshop be if it didn’t have the poets and the writers that you will one day (oh surely!) read—Milton and Tolstoy and Flaubert and Aquinas and Joyce—but also all sorts of off-the-wall catalogs and criticism?