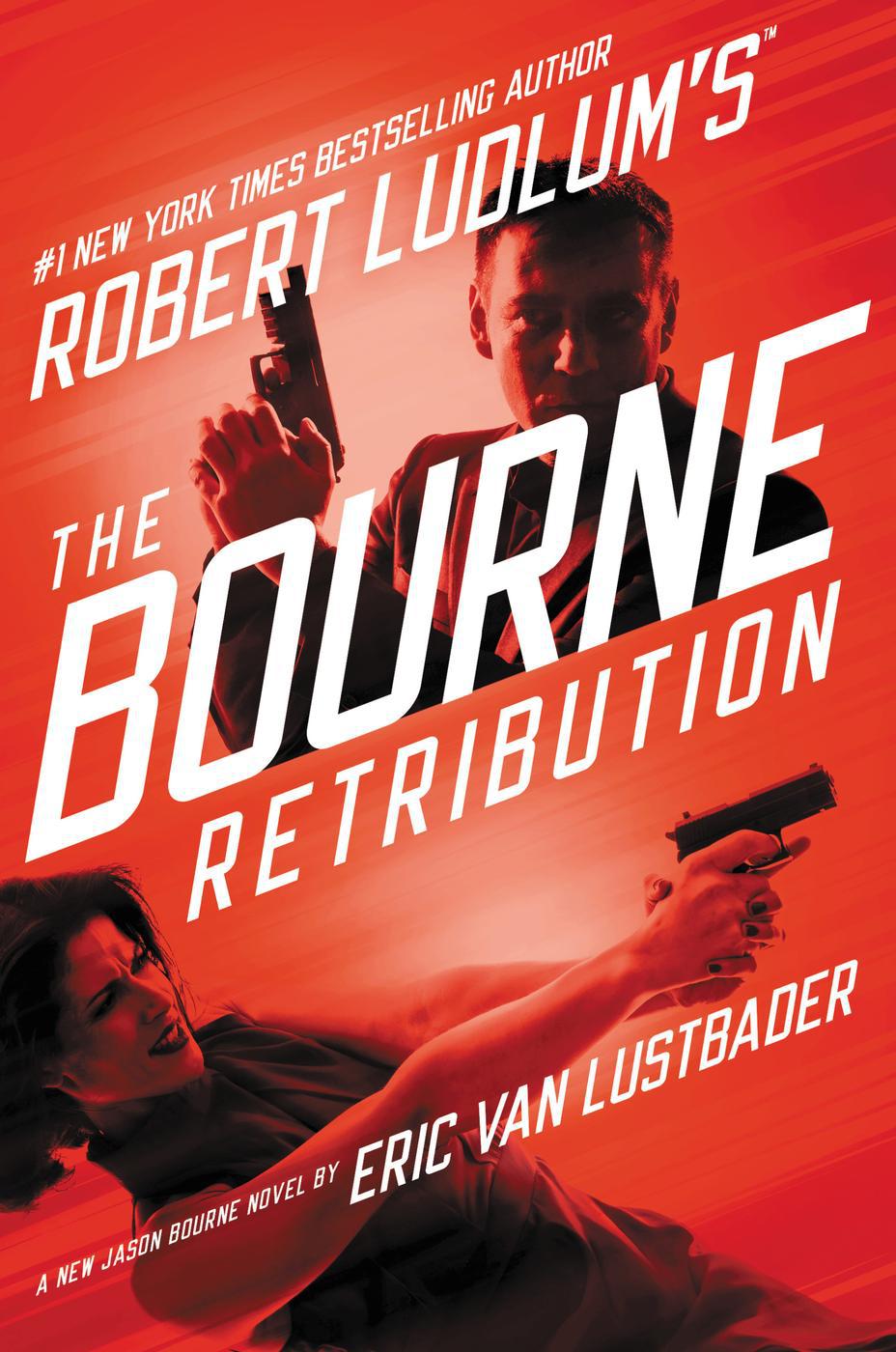 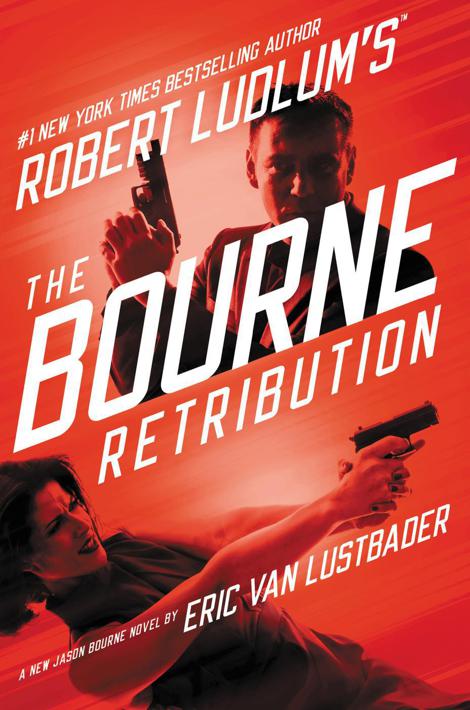 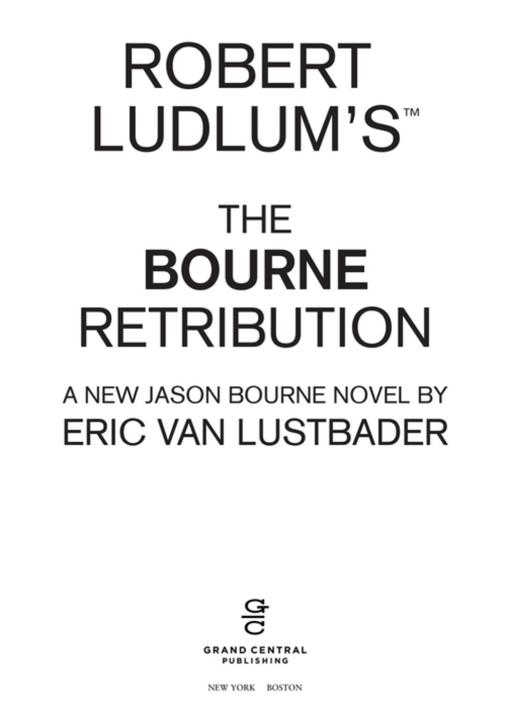 I
n all its eleven years of existence, La Concha d’Oro had never witnessed the likes of the security now firmly in place. Armed
Federales
stalked, eagle-eyed, the perimeter of the exclusive resort’s land side, a motorboat patrolled the water that paralleled its crescent beachfront, and wherever the two VIPs—for whom the resort had been emptied of guests, vetted, and made secure—went, their bodyguards floated like clouds of bees, busy doing nothing but tending their respective flowers.

About those flowers: They consisted of two men, Carlos Danda Carlos, newly appointed chief of Mexico’s anti-drug enforcement agency, and Eden Mazar, Mossad’s anti-terrorist specialist. Mexico needed all the help it could get to fight the entrenched corruption and fear that kept the three most powerful drug cartels’ grip on the country inviolable, which was why, the Director of Mossad had explained to Jason Bourne not three days ago, Carlos Danda Carlos had reached out to Mossad.

Carlos Danda Carlos was a new breed of Mexican, the Director had explained, educated in the United States, a fearless reformer, a determined general in the fight to free his country from the death grip in which it found itself.

“Los Zetas is far and away the most dangerous cartel,” the Director had said, “mainly due to the fact that it was created from a cadre of elite soldiers who deserted from the Mexican Army’s Special Forces.” The Director had put his hand on Bourne’s shoulder. “Nevertheless, there will be so much security, for you it will be a milk run. Just look after Eden Mazar, and, in between, get some sun and relaxation.”

“I don’t work for you. I don’t work for anyone, ever,” Bourne had said, rather ungenerously considering the way the Director had treated him ever since he had come to Israel, following the death of Maceo Encarnación.

The Director’s smile was tinged with both sadness and regret. “Rebeka was like a daughter to me. It’s been a month since her funeral, but you show no inclination to leave. This is not like you.”

“I’m no longer me,” Bourne said. “Something inside me has changed. There is nothing that interests me.”

The Director watched him for a moment. He was a small man with a halo of wild white hair, the sort of man for whom every line etched into his leather face seemed to represent another death or disappointment. His large cache of victories was hidden out of sight. “I thought this…trip would help take your mind off—”

“Nothing’s going to take my mind off her death,” Bourne said harshly.

The Director nodded. “It’s too soon. I understand completely.” He looked around the harborfront. “Well, you can hang around here for another month—or as long as you like.”

Bourne scoured his words, looking for a hint of irony, but failed to find any. Apparently, the Director meant what he said.

Then he paused to consider his limited options. “On the other hand, maybe you’re right. Maybe an assignment is just what I need.”

And so he had met Eden Mazar, had traveled in the same private Mossad jet with him and his contingent of bodyguards, had disembarked at the small private airfield exclusively reserved for La Concha d’Oro guests, which the Mexican
Federales
had kept in security lockdown for forty-eight hours prior to landing.

Now here he was, standing six feet away from the two exotic flowers and their bodyguards, scanning the area for trouble that surely would never come. The trouble was he was back in Mexico, and though he was far from Mexico City, where Rebeka had been killed, his mind was still filled with the sight and scent of her death in the taxi’s backseat, driving down apocalyptic streets.

Perhaps the Director hadn’t anticipated Bourne’s reaction to his swift return to Rebeka’s land of death, or possibly his suggestion had been deliberate. Getting back on the horse that threw you was often the best medicine.

Without his fully knowing it, Rebeka had pierced his Bourne armor, penetrating to the core of him. Her death throbbed like an internal wound that refused to heal.
I have met other women like her
, he thought. And then, inevitably:
There’s been no one like her.

Such black thoughts were not typical of his psyche, which had been hardened in crucible after crucible until he had been quite certain that nothing could affect him for long, or even at all. But Rebeka’s death, piled upon all the deaths of those others who had tried to get close to him, was a loss that threatened to suffocate him, plow him under the earth. And why not? His life had been little more than a living death from the moment he had been pulled from the black waters by Mediterranean fishermen and realized that he had lost his memory, his past, his life up until the very moment when he had opened his eyes in unfamiliar surroundings.

Eden Mazar, coming out from beneath the gaily painted wooden overhang of the octagonal gazebo set overlooking the Pacific, reminded him that he was once more in unfamiliar surroundings. But this time, he felt lost, a sea captain who has forgotten his charts and how to steer by the stars.

“These people are to be pitied,” Eden said to him in a rumbling undertone. “They either lack the will or are too corrupt to take on the cartels in any concerted manner. Either way there’s nothing more for me to do here. The government no longer controls Mexico; the cartels do. We’ll be leaving this evening after dinner.”

Eden turned away, then hesitated and came back to Bourne, a wry smile playing across his lips. “Are you bored yet?”

“What makes you think I’m bored?”

Eden grunted. “I have read your face. Also, your file.”

Bourne was alarmed that the Mossad had a file on him, but he wasn’t surprised. He only wondered how accurate it was.

“There’s nothing for you to do,” Eden continued. “But really, this isn’t your thing, is it? You’re infiltration and excision. That’s what the Director likes so much about you.”

“I didn’t know I was a current topic of conversation inside the Mossad.”

Eden smiled kindly. “You were close to Rebeka. That kind of thing didn’t happen with her.”

Suddenly Bourne understood. “And I’m the Director’s only living link with her.”

“She was a special human being, as well as a remarkable agent. We miss her, but we’ll never be able to replace her. Her death dealt us a terrible blow. We will demand retribution.”

Mazar chose not to answer. “I’ve got to get back to Carlos. He’s not a bad sort, but when it comes to change, to making the concerted effort needed to rid Mexico of the cartels, his hands remain tied. As I said, pitiable.”

Bourne considered a moment. “Why are you here? What’s the Mossad’s interest in Mexican drug cartels?”

“This is something you failed to ask the Director?”

Bourne realized he should have; maybe he hadn’t been thinking clearly.

Mazar smiled. “But you don’t really need to ask anyone that question, Jason, do you?”

Bourne watched him mount the steps back up to the gazebo, where Carlos and his cadre of muscle were waiting patiently in the shade. A cool breeze off the water started up, ruffling Bourne’s hair, stirring the hair on his forearms. What did Eden mean? Was the Mossad aware of the links among Encarnación, the Mexican cartels, and the Chinese government Bourne had discovered? Had Rebeka been working on that connection even before she had met him? He determined that, one way or another, he’d pry the answer out of Mazar.

Hearing a whining insect-like drone, he looked up, saw a small plane high in the sky. Squinting as it came closer, he could make out the pontoons. A seaplane then. Shading his eyes, he saw that the crew of the patrol boat had spotted the seaplane as well. There was movement on the deck, the flash of gun barrels.

Bourne saw that Eden’s bodyguards, being under the gazebo, were blocked from the scene. He started up the steps in order to warn Eden when Carlos Danda Carlos’s men, wielding machetes, sliced off the heads of Eden’s two bodyguards.

Eden turned as blood spattered him. Bourne reached for him, but Carlos, aiming a .357 Magnum at Bourne, shook his head. Eden was in the process of turning his head to look for Bourne when one of Carlos’s bodyguard swung his machete with such force that Eden’s head, severed from his shoulders, arced out onto the beach, where it rolled down the gentle slope until it was kissed by the turquoise waves lapping onto the warm sand.

Bourne took a chance, made his move, leaping onto the machete-wielder. Snatching the weapon from his hand, he drove it into his sternum, piercing skin and flesh, shattering bone.

Then an enormous percussion sounded in his ears at almost the same instant he was slammed backward by the powerful bullet plowing through the muscle of his left shoulder.

He grunted, toppled over the gazebo’s striped railing, tumbled down onto the beach.

Nuestra Señora de las Tinieblas by Fritz Leiber
Sorry I Peed on You (and Other Heartwarming Letters to Mommy) by Jeremy Greenberg
DeadBorn by C.M. Stunich
Shut Up and Model for Me by Iris Blaire
Looking for Laura by Judith Arnold
Miss Dimple Rallies to the Cause by Mignon F. Ballard
The Devil's Gentleman by Harold Schechter
Lord of the Rakes by Darcie Wilde
Semblance by Logan Patricks
The Jewish Annotated New Testament by Amy-Jill Levine