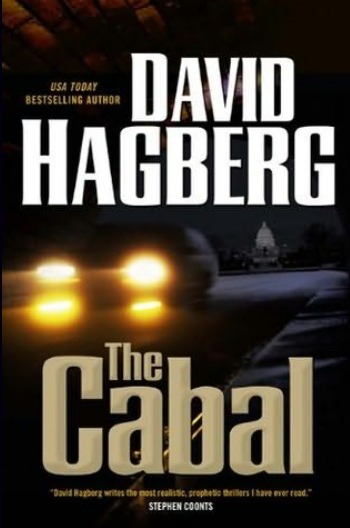 Part Three The Next Day

This is a work of fiction. All of the characters, organizations,
and events portrayed in this novel are either products of
the author’s imagination or are used fictitiously.

This book is for Lorrel.

At the end of days in the Roman Empire, foreign influences and lobbyists took practical control of the government, leaving the senators to do little more than snipe at each other, much like Washington today.

It was well past midnight when the cab dropped Kirk McGarvey off in front of the Hay-Adams Hotel across Lafayette Square from the White House, and one of the doormen met him. “Good evening, sir.”

McGarvey, the former director of the CIA, hesitated. He was dead tired. It seemed like months since he’d slept last; now in his early fifties, he didn’t bounce back as quickly as he used to. Yet his mind was alive with a thousand separate possibilities and desperate situations.

He was tall, with the build and moves of a rugby player. His hair was thick, brown but graying at the sides, and he had a wide honest face that his wife, Kathleen, had always found attractive, and deep eyes that, depending on his mood, were either green when he was at peace with the world, or gray when he was in the field and operating at top speed. He had done things, and seen things, that most people couldn’t know or understand. He had killed people.

And he was just coming off an assignment in which even more people had died at his hands, which he felt would never come clean no matter how often he scrubbed them. For a long time now he had wanted it to end. He had come out of the field into an uneasy retirement that never lasted for more than a few months at a stretch, and he was getting tired of the game.

So far the FBI had been unable to find the forty kilos of polonium-210 that had been smuggled across the border from Mexico. The news that the situation had been arranged by a high-ranking Chinese
intelligence officer was never made public, but the fact that the highly radioactive poison hadn’t shown up anywhere had the White House puzzled. Perhaps it had never existed in the first place.

And over the past days another Chinese situation had come up when one of their high-ranking officers had been assassinated in North Korea. A nuclear war had very nearly been touched off, until the blame was traced to a former Russian KGB officer by the name of Alexander Turov, living in Tokyo, with a connection to Howard McCann, who, until Mac’s son-in-law, Todd Van Buren, shot him to death, had been financing the Russian.

The problem was that no one knew where McCann, the CIA’s deputy director of operations, had gotten the money to finance the polonium or the assassinations.

But McGarvey had a start, provided to him by Turov’s laptop courtesy of Otto Rencke, the Company’s resident wizard. Two names, one of them McCann’s. McGarvey had not brought them up during his meeting at the White House with the president. He’d wanted to give the CIA a head start before the administration got all over it.