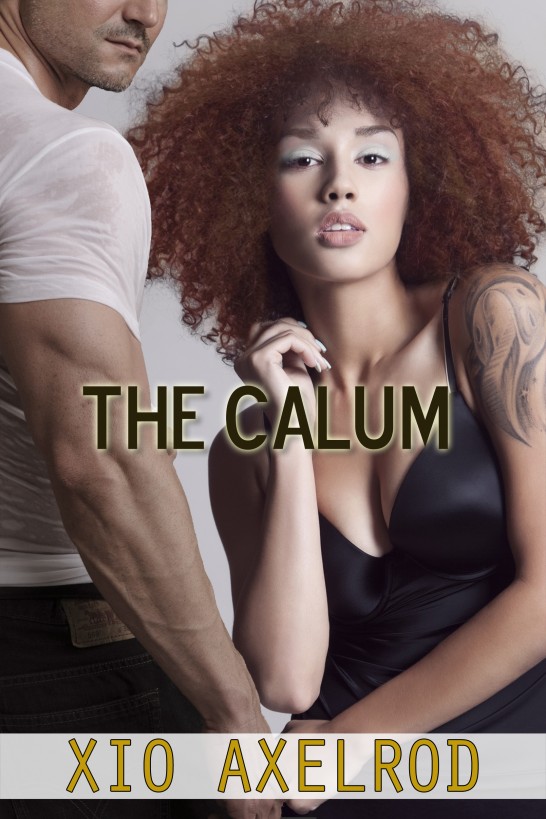 All rights reserved. No
part of this publication may be reproduced, distributed, or
transmitted in any form or by any means, including photocopying,
recording, or other electronic or mechanical methods, without the
prior written permission of the author, except in the case of brief
quotations embodied in critical reviews and certain other
non-commercial uses permitted by copyright law.

“
Throw your dreams into
space like a kite, and you do not know what it will bring back, a
new life, a new friend, a new love, a new country.”

Lovie Grant wished like
hell that she had paid the five dollars for the airline headphones.
But that balloon had popped, and now she was stuck listening –
again – to Joana’s latest “brilliant” plan. She hunched her
shoulders and buried her face in the in-flight magazine. Anything
to avoid one more word about their freaking trip.

“
Are you even listening to
me?” Her shrill tone bounced off the airplane window and directly
into the oh-my-God-let-me-off-this-sky-bus-before-I-kill-her
section of Lovie’s brain.

“
You’re not paying
attention. And you keep sighing like you’ve been left home on prom
night.”

“
I’m just tired, and I
can’t sleep on planes.”
And I should be
relaxing on a beach instead of chasing after you.

Page after page taunted
her with one photo of crystal blue waters and palm trees after
another. There would be no palm trees where they were
headed.

Which asshole decided to
put that magazine in her seat-back pocket?

How very astute.
“It’s a scientific fact that a lack of sleep
causes a decrease in the neurotransmitters that regulate mood.”
Flip. “Otherwise, I’m fine, Jo. Let it go.”

“
I call bull. You’ve
already convinced yourself that this is going to suck.” Jo’s bottom
lip poked out in her signature pout. With her blonde locks twisted
into two braids, and her bright pink Juicy sweatpants, the picture
of a bratty twelve-year-old was nearly complete.

Lovie’s best friend,
roommate and constant damsel-in-distress had a plan. A good plan,
she’d said. A sound plan, if you dared to believe her. Lovie
didn’t, but the plan was this:

Jo had been saving up for
this particular trip for three years – ever since Lovie picked up a
dog-eared copy of
A Laird to Love
at a used book store. It was a great read, sure,
but why the hell did
that
one have to fall out of the stack?

Like millions of other
women around the globe, Jo had fallen in love with its hero, Calum
MacKenzie.

Unlike most of those other
women, Jo believed that someone like him was just across the ocean,
waiting for her.

“
The Calum,” Jo explained
to anyone that stopped long enough to listen, was the perfect man.
A lover and a fighter, he was a chivalrous, six-foot-four redhead
with a six-pack and a penchant for languages. You could find
variations of him in the pages of Jo’s vast collection of romance
novels.

She had shelves filled
with ideal men, but somehow The Calum stood out to her from the
rest. Enough to convince Jo that she needed to go to Scotland and
find him.

Each year since college,
they’d flipped a coin to see who would pick their Christmas
vacation destination. This year, Lovie lost. So there they were,
thirty-five thousand feet above the Atlantic, on their way from
Philadelphia to Brigadoon…er…Inverness.

Lovie couldn’t believe
she’d agreed to spend her measly handful of vacation days tailing
Jo through the Scottish Highlands. It was going to be cold and
damp.

There was a beach
somewhere with her name on it, and that name was getting washed out
to sea. Or sat upon by German tourists. Her lungs deflated in a
heavy sigh as her dream of endless mojitos drifted away on the
clouds below.

Yeah right.
Lovie laughed. “You get lost in Chinatown. I
can’t even imagine you on your own in another country. Of course, I
had to come with you.”

“
Your confidence is
inspiring,” Jo deadpanned. “I am perfectly capable of looking after
myself.” She drew her tiny feet up into the seat and hugged her
knees to her chest. “I don’t need a babysitter.”

“
Okay, how about a
bodyguard?”

Jo snorted. “You’re not
much of one.”

Lovie turned, her brow
arched. “I’ve got four inches and twenty-five pounds on you. Put on
your seatbelt.”

“
Yes
mom
,” Jo said. “I’ve got it all
worked out.” She fumbled with her seatbelt. “When I meet The Calum,
and I will meet him, I’ll just play it cool and casual. Like I’m
not into him at all. Show just enough of the girls to make him pant
after me.” Jo smacked the ends together like she was trying to
force a size ten foot into a size six shoe. “What’s wrong with this
thing?”

“
Oh, for the love of…”
Lovie reached over and untwisted the contraption, closing it with a
snap.

“
Anyway, as I was saying,
I’ll be like a piece of candy that he can’t wait to unwrap.”
Throwing her blonde locks over her shoulder, she batted her
eyelashes in demonstration.

“
So your plan is to
lustrate him until he falls in love with you?”

Yep, Scotland was freaking
cold. Colder than the blood of a Bond villain, but there was no
denying the beauty. Even in winter, Scotland shone like a jewel.
There were shades of color Lovie couldn’t even name.

After a short layover in
Manchester, they’d boarded the smallest plane she’d ever seen. It
didn’t look like it could get off the ground, much less make the –
thankfully - short flight to Inverness. A taxi dropped them off at
a hotel so steeped in quaint-but-quirky that it could have been a
set from a Wes Anderson film. There, they were greeted with a cup
of tea and some kinda oat cookies. Tasty, but ultimately
unsatisfying.

One deliciously hot shower
and a change of clothes later, she was a new woman. A starving
woman. The weather wasn’t awful, as long as you didn’t mind a few
raindrops, so they decided to walk a bit and find a place to
eat.

“
What did I tell you?” Jo
ran into the middle of the road and spun in a Mary Tyler
Moore-esque circle. She might have been better off just
shouting “tourist”
at the top of her lungs. “I can practically smell the
history.”

“
I think what you smell is
that pub. Get out of the street before someone runs you
over.”

“
Pubs have history too.”
Jo floated back to the sidewalk, a dreamy smile on her face. “I bet
this one is older than our apartment building.”

MacKinnon’s Pub sat on the
river in the picturesque heart of Inverness. Lovie spied a castle
on the hill across the
way
and made a mental note to double-check their
itinerary. She loved these historical towns and didn’t want to miss
a thing.

According to the
gold-lettered signage above their heads, MacKinnon’s was also two
doors down from some renowned kilt-maker or other. Jo screamed with
delight when she saw it.

“
Why? Do you expect The
Calum will be in there getting fitted for a new kilt?”

Lovie rolled her eyes but
smiled. “You really are delusional.”

“
What I am is starving.” A
peek at the specials in the pub window had her thinking twice.
“What the heck are Scotch eggs? Do they have different chickens
over here?”

Jo grabbed Lovie by the
elbow, pulling her toward the door. “Maybe they’re just super
patriotic about their chickens. Let’s go inside. I wanna get warm,
get a bite, and get some hot guy to talk Calum to me.”

“
Fine, fine. Let’s eat and
scout the locals.” Hopefully, they’d have some Scotch bacon in
there too. Breakfast for dinner was a vacation must.

C.J. MacDuff gripped the
phone so hard his knuckles crunched. He strained to keep his voice
calm as the man on the other end explained why he couldn’t come
around to patch the roof for another two weeks. In the dead of
fucking winter.

“
One o’ my guys is down
sick with flu, and the other’s got a bairn due any minute. I just
dinna have the man to do it.”

Duff ran a rough hand over
his face. “And how much would it cost to free up a man to do it
sooner?”

“
Well...” He pictured the
wanker totting up the profit in his head. “I could call up me
nephew. Have him come ‘round, say...Thursday?”

“
Fine. Thursday.” Duff
pulled out his smartphone and opened his bank’s mobile application
to move some money around.

“
Alright, then. Though why
ye’d even bother with that old ruin, I’ll no understand. Yer
wasting yer money, if yer wantin’ my opinion.”

Undeterred, the idiot
blathered on. “You
know,
if yer grandmother had sold the place ten years
ago-“

“
One thing has nothing to
do with the other, and none of it is your concern. See you
Thursday.” He hung up. Carefully, because his instinct was to rip
the phone out of the wall, but that wouldn’t do.

Was it always like this?
No wonder the bed-and-breakfast was operating in the red. No doubt
the place would go under, were it not for the money he sent home
regularly.

It had been five years
since Duff had stayed in Inverness for longer than a day or two.
Only his best friend’s wedding could bring him back now. That and
his grandmother, who was clearly in more dire straits than she’d
let on in their weekly phone calls.

The state of the place was
shocking. There were cracks in the plaster, dangerously loose
floorboards, and they should have replaced the kitchen cabinets
ages ago. The roof was the worst of it, sporting a gaping hole
right over her bedroom. The place needed sorting out. Or burning
down.

Gran would rather sell the
fillings from her teeth than admit she needed help, never wanting
to burden him. She was never a burden, but it meant extending the
two-day trip into two weeks.

It wasn’t her he’d been
avoiding.

Two weeks in Inversneckie
was thirteen days too long. The city of sixty thousand made him
claustrophobic, with its small town mentality and ancient
superstitions. Privacy was as foreign a concept as blue
cows.

Every familiar face
contained some shadow of judgment.
There
goes that thievin’ Gregor’s boy. Like father, like son.
He could see it in their squinting eyes. Hear it
in their self-righteous voices. Still, it was a chance to spend
time with his gran, and he had missed her.

Mid-Life Crisis Diaries by Solon, Geraldine
Tell Me Something Good by Jamie Wesley
Mycroft Holmes by Kareem Abdul-Jabbar
Lost Children of the Far Islands by Emily Raabe
The Wrath of a Shipless Pirate (The Godlanders War) by Aaron Pogue
The Bastard by Inez Kelley
Shall We Tell the President? by Jeffrey Archer
Devil's Due: A Thomas Caine Thriller (The Thomas Caine Series Book 0) by Andrew Warren
Soul Storm by Kate Harrison
Heart of the Assassin by Robert Ferrigno