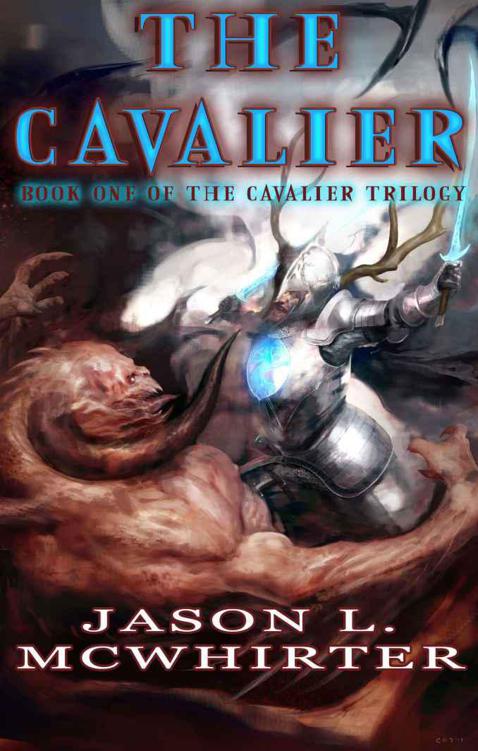 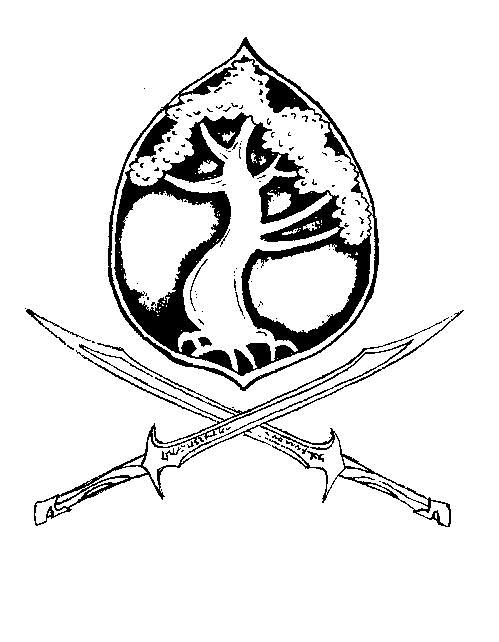 Books to come by Jason McWhirter

Glimmer in the Shadow

Cover art by Cos Koniotis

Without limiting the rights under copyright reserved above, no part of this publication may be reproduced, stored electronically, or transmitted, in any form, or by any means, without the prior written permission of the copyright owner.

Writing a trilogy and publishing it requires a lot of work and help along the way. I would foremost like to thank my wife, Jodi, who put up with my many hours and late nights in front of the computer screen and helped me with guidance and support throughout the entire process.

I would also like to thank my family and friends who were my sounding boards, my editors, and my critics. Without them this series would not have been possible. Specifically, thank you Dad for reading my books and encouraging me along the way. Thanks to my brother, Devin, who always made me feel like my books were good enough to be published. Thanks to my sister, Heather, her husband Jason, and both my nieces, Logan and Delaney, for supporting me in this process. Jason, thank you for your editing and the hours you spent helping me polish my voice. Thank you Beau and Aaron for reading my books and giving me advice along the way. Of course I have to thank my final editor, who in this case, is my mother, Linda McWhirter. Thank you Mom for the work you did in helping me put together a written work ready for publication.

I would also like to thank my dog, Meadow, for the long evenings and nights she spent lying next to me while I sat at the computer creating my story.

Thank you Cos Koniotis for your incredible art and helping me through this new process.

Last but not least, I would like to thank all my friends and supporters who came to my Sip and Support party. I appreciate everyone who came to show their encouragement in this endeavor. Special thanks go to the following people: John and Chris McCloskey, Brynne Borhek, Cindi Barton, Dawn and Bill Batey, Nick Sutherlund, Mark and Kathy Johnson, Mike Hunziker, Rick and Debbie Selfors, Linda and Jimmy Collins, Ragan and Clay Masterson, Jamie Radcliffe, and Ben and Liz Zielke. 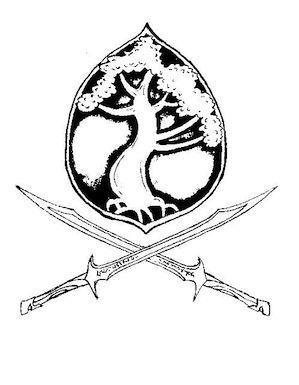 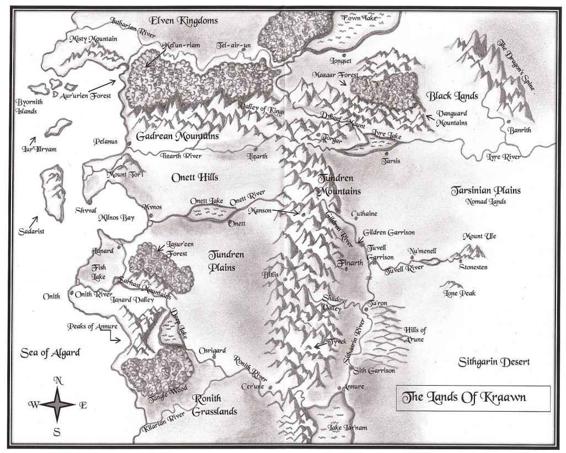 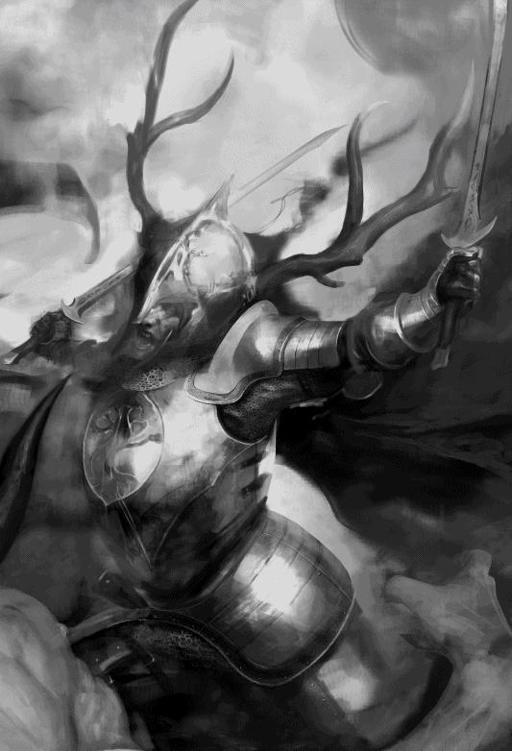 BOOK ONE OF THE
CAVALIER TRILOGY

Year 5045 of the Kraawnian Calendar,
One thousand years after the Great War

Snow crunched under the horse’s hooves as the lone rider moved slowly up the mountain pass, his vigilant eyes scanning the rocky cliffs and scattered trees from under the shadows of his cloak. Bitter cold surrounded them, but the man and steed pushed forward through the deep snow, seemingly unaffected by its freezing embrace. It was very quiet; the silent song of falling snow bringing peace and serenity to the area. But this man’s heart did not reflect the tranquil setting. No, his mind was focused on his mission, his gloved hand occasionally gripping the bone handle pommel of the magical sword dangling from his hip.

He did not know exactly where he was going. His horse, Suatha, was leading the way. The beast’s head was held low, drawn forward by a magical pull. One thing the warrior did know was that evil was near. It always was, wherever he went, for that was his mission in life, to battle the darkness, to bring light where there was shadow. His entire persona radiated with the energy of the gods, making him a beacon to the evil minions of Kraawn, but at the same time giving him the power to combat the dark forces struggling for dominion of all things.

It was not just magic that he possessed, but skill; skill honed from constant years of fighting and training with every weapon. Silver armor, god-made, ensconced his muscled physique, reflecting the soft glow of the sun trying to push through the white clouds above.

Soon he would know his destination, and soon he would face powerful enemies. He could feel it deep within him. The purpose of his mission was so close and he was eager to uncover it, slicing through the dark veil with his silver sword.

His task was important, although he knew not why, but he felt as if the very existence of the beautiful surroundings he rode through depended on it.

Gullanin shuffled his old withered body down the stone passageway, the glow of the braziers doing little to lighten the dark musty hallways of Banrith Castle. He was slightly bent over, his bony shoulders holding up a thick dark gray robe. The wood staff he carried was polished like obsidian. His well-worn robe draped his skeletal figure like a shroud covering a dried and emaciated corpse.

The hall was quiet except for the sliding of his sandaled feet and the rhythmic clicking his staff made on the dark stones. Gullanin’s long scraggly gray hair was held back by a silver skull cap. The cap was plain except for a single white eye, the symbol of his dark lord, Gould the Tormentor. Gullanin knew that Gould would be pleased with him, the excitement of this prospect making him smile broadly, exposing yellow rotting teeth, his thin pasty skin stretching from the expression seldom gracing his withered visage.

Turning the corner he came to a large door of thick oak held together with bands of black steel carved into the shape of clawed hands. Two massive orcs stood before the door, blocking entrance to all who were forbidden in this part of the castle. The orcs were thick of limb and their misshapen features appalled Gullanin. These were not ordinary orcs; they were called the Gould-Irin, orcs bred by Gullanin himself, deep in the pits of Banrith Castle. It took him many generations to perfect the breed. He had succeeded in creating impressive beasts that were larger, stronger, and with inexhaustible endurance in comparison to their brethren. Powerful magic and much time were required to create these beings, resulting in the relative scarcity of the Gould-Irin. There would be more, however, once the Dark One returned.