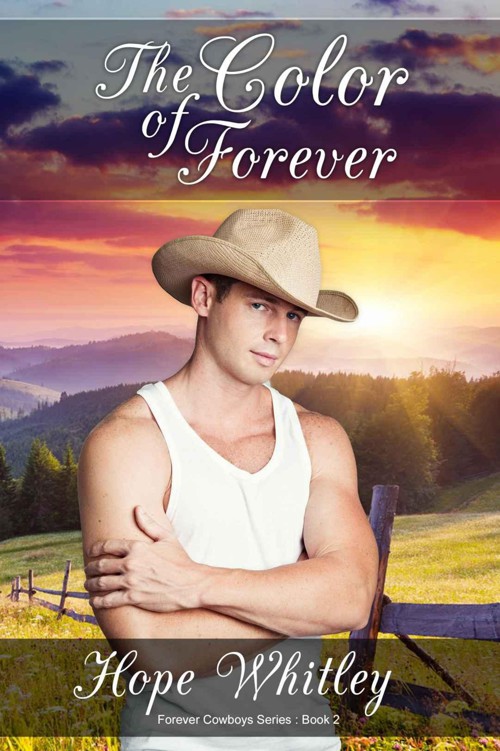 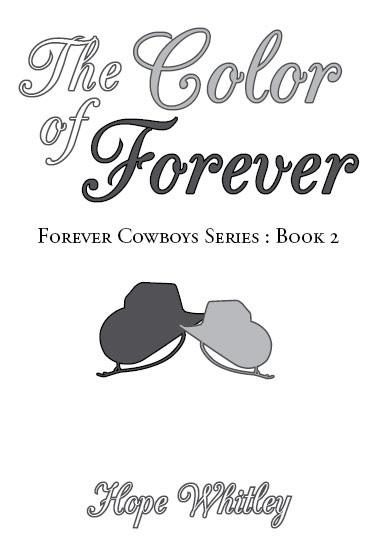 The Color of Forever
is a work of fiction. All incidents and dialogue, and all characters are products of the author’s imagination. Any similarities to any person, living or dead, is merely coincidental. 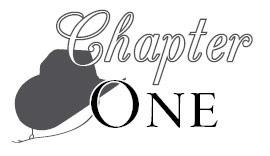 “What do you think, Sam, isn’t it just too
beautiful?”

Samantha O’Brien gazed at the snow capped mountains, the lush green grass of pastures dotted with sheep that resembled fluffy white clouds and the deeper but still gorgeous evergreen of the trees and had to agree … it was beautiful.

But maybe just a bit
too
beautiful?

“It’s beautiful, Mari,” she replied, agreeing with her best and oldest friend. “Very beautiful, but so very, very big and extravagant. I mean,” she went on, looking around her, “everything is almost over-the-top. The mountains are so huge, the trees and grass are such a vivid green and my gosh,” she glanced upward, “Just look at that sky! It’s the bluest blue I’ve ever seen!”

Marielle chuckled at her friend’s comments. “Yeah, it’s a bit overwhelming at first but you’ll get used to it,” she assured Sam. “I felt the same way the first time I came out here to Wyoming. But even though I grew accustomed to the sheer scale of the scenery, I’ve never become so used to seeing it that I don’t still find it incredibly beautiful.”

Sam turned around and gave Marielle a quick hug. “Oh you!” she said. “You’re a newlywed living in a fairy tale world of perfect bliss and seeing everything through rose colored glasses.”

“Although,” she hastened to add, “I totally agree the view up here is nothing short of spectacular.”

But, as she walked arm in arm with Marielle back to the sprawling ranch house that was her friend’s new home with her brand new husband, Samantha privately wondered if she could ever adapt to living out here as readily as Mari had.

She was a New York City girl to the core. Her idea of the wilderness was Central Park and Brooklyn was as far out of town as she wanted to be. She grew up surrounded by skyscrapers, not towering mountains. So had Mari, she reminded herself. But Mari had always wanted to live somewhere rugged and remote, ever since she had visited here for a summer as a child.

While they had much in common, this was one of the areas where they had long ago agreed to differ. Unlike her friend, Sam had no desire to commune with nature on an upfront and personal basis.

Still, nothing would have kept her from coming out here to visit Marielle. She had actually been planning a visit anyway and news of Mari’s sudden wedding had her on the first flight out to serve as Maid of Honor. She had been dubious about Marielle’s decision to come out here and take over the ranch her uncle had left her in his will, but she had to admit that Mari had landed on her feet.

Falling in love with and marrying the hunky owner of the neighboring ranch was truly like a fairy tale, Samantha mused. There was a time when she believed in fairy tales and hoped that someday she would meet her Prince Charming the way Mari had and they would live happily ever after.

Sadly, experience had tarnished Sam’s visions of being swept off her feet by a knight in shining armor. So far, for her, instead of being a maiden fair who was swept up into the saddle by a handsome knight to ride off together into the sunset, she had been trampled by the horse’s hooves as her erstwhile knight rode roughshod over her.

Seeing her friend so blissfully happy and gloriously in love was almost enough to make Samantha buy into the dream again.

But a cynical little voice in her head was reminding her of the times she had thought the dream was coming true for her, only for it to be dashed to pieces along with her heart when her hero turned out to have feet of clay.

Yes, she had been fooled before into thinking she might have the starring female role in a real life fairy tale. But, really, Sam asked herself, who had done the actual fooling?

Could she honestly say that the guys she had been involved with when what began as a promising romance went south were guilty of deliberately fooling her? Or had she fooled herself?

Samantha, ever a realist, had to acknowledge the bitter truth: She had fooled herself. The men hadn’t made a deliberate effort to deceive her, not on a grand scale, anyway. No, there had been big red flags in every one of her failed love affairs and she had chosen to ignore them.

She had given this matter more than a little thought and come to the conclusion that she had given men credit for qualities they didn’t possess, building them up to be the perfect man, ignoring every bit of evidence to the contrary. She had wanted to find the perfect Mr. Right so badly that she ignored all warning signs that a man was actually Mr. Wrong. Or at least all wrong for her.

Her latest relationship had turned ugly after only a few months. Tony, her ex-boyfriend, had been a control freak as well as literally insanely jealous. At first Samantha had been flattered that he wanted her all to himself. But after a while his smothering and possessiveness had become alarming, even frightening.

She broke things off with him but he refused to take no for an answer. First he tried bombarding her with gifts … flowers, candy, cards and romantic letters. After those tactics had failed to win her back, Tony had become increasingly hostile and aggressive. When he began stalking her and making death threats, she had convinced herself that he wasn’t serious and would soon move on to greener pastures and another girl.

Unfortunately, that was not the case. Coming home from a night out on the town with some friends months after their breakup, she found Tony lurking in her apartment house hallway, waiting for her. He had shoved her roughly against the wall and then to her utter horror brandished a lethal looking switchblade knife, telling her he would ruin her beautiful face so no other man would ever want her.

The threat made, he had turned heel and left, leaving Sam a quaking mass of sheer terror. She went to the police the following day and learned that Tony was “mobbed up” and had been under the scrutiny of the NYPD for quite some time.

Oh great, she had told herself bitterly at the time. Just her luck. It wasn’t enough that he was a complete psycho, but a psycho with connections to organized crime to boot.

The police detective had assured Samantha that Tony going away to prison for a long stretch was a done deal and only a matter of time. They were working to get enough on him to make a prosecution and a hefty sentence stick, so all she had to do was stay out of his radar until he was safely behind bars.

That seemed like a good plan to Samantha. So, after getting the green light from Marielle, she had taken a leave of absence from her job at a large publishing house, sub-let her apartment fully furnished, packed up her personal belongings and headed to Wyoming to hide out on Mari’s ranch until Tony was off the streets and it was safe for her to go back home to New York.

Mari had naturally moved in with Trey, so her little ranch house was just sitting there ready to be Samantha’s hideout for a while.

It must be kismet, Sam decided. Taking a sabbatical of sorts away from New York, her job and last but not least—Tony—would give her time to take the first steps toward making her non-romantic dream come true.

While Marielle had worked as an editor and was now launching a career as an illustrator for children’s books, Samantha wanted to try writing books of her own instead of editing what other authors wrote.

If she could use this time well, it would provide a golden opportunity to find out whether or not she could write a book that at least some people would want to read. Although the Nightmare on Tony Street wasn’t fun, maybe it was fortuitous since it forced her to slow down and gave her a chance to write.

“Hey Sam,” Marielle interrupted Sam’s vagrant thoughts, pulling her back to the here and now with the two of them sitting in rocking chairs on the porch of the big ranch house, sipping fresh coffee provided by Consuelo, Trey’s long time housekeeper and cook extraordinaire.

It was chilly even though the porch sheltered them from the wind blowing down off the mountains, but the sun was shining brightly and it was pleasant to sit out here for a little while, especially with the hot coffee to warm them up.

“If you want to live out your fantasies about a sexy cowboy, you couldn’t have come to a better place.” Mari told her. “In fact,” she said, smiling broadly, “Don’t look now but here comes as good looking a cowboy as you’re ever likely to run across. Besides mine, of course,” she teased.

Samantha followed the direction of her friend’s gaze to see one of Trey’s friends she had been introduced to at the wedding getting out of his truck and approaching the porch.

“He’s a game warden, not a cowboy,” Samantha replied.

“Well yeah, Ben Connors is a game warden, Sammy, but he also has a large ranch and according to Trey, rode the rodeo circuit for a while. You can’t get much more cowboy than that.”

Samantha looked at the man walking toward them. Tall, lean, and broad shouldered; he was definitely attractive. Sam had met Ben at the wedding and danced with him a few times, noticing then that he was extremely handsome and quite charming. They had exchanged lighthearted banter during the slow dances and she had found his sun streaked blond hair and singularly sweet smile appealing even though he wasn’t her type.

The Sailor in the Wardrobe by Hugo Hamilton
Deep Trouble by R. L. Stine
Wolves Eat Dogs by Martin Cruz Smith
Flight of the Earls by Michael K. Reynolds
Home Planet: Apocalypse (Part 2) by T.J. Sedgwick
Philida by André Brink
They Told Me Not to Take that Job: Tumult, Betrayal, Heroics, and the Transformation of Lincoln Center by Levy, Reynold
The Lady Who Broke the Rules by Marguerite Kaye
The Book of a Few by Rodgers, Austen
Escape from Shangri-La by Michael Morpurgo