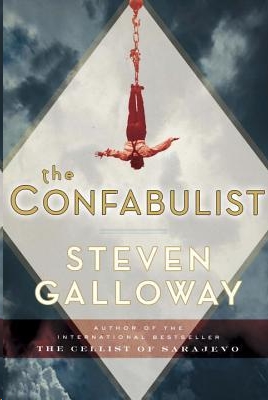 The Cellist of Sarajevo 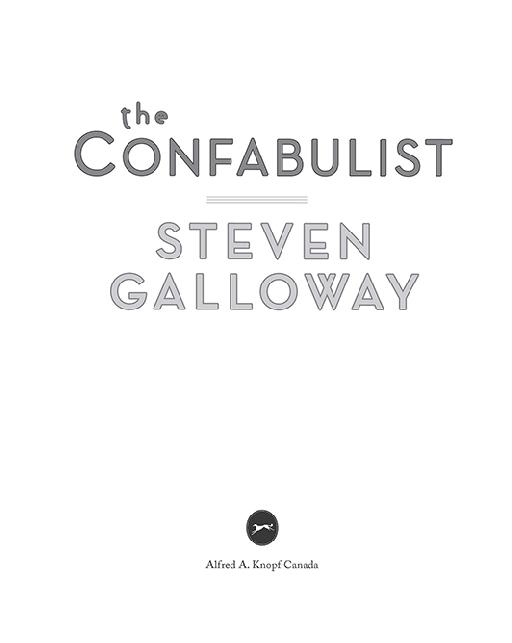 PUBLISHED BY ALFRED A. KNOPF CANADA

All rights reserved under International and Pan-American Copyright Conventions. No part of this book may be reproduced in any form or by any electronic or mechanical means, including information storage and retrieval systems, without permission in writing from the publisher, except by a reviewer, who may quote brief passages in a review. Published in 2014 by Alfred A. Knopf Canada, a division of Random House of Canada Limited, Toronto, and in the United States of America by Riverhead Books, a division of the Penguin Group (USA) LLC, New York. Distributed in Canada by Random House of Canada Limited.

This book is a work of fiction. Names, characters, places, and incidents either are the product of the author’s imagination or are used fictitiously.

Every man’s memory is his private literature.

T
HERE
’
S A CONDITION CALLED TINNITUS WHERE YOU HEAR
a ringing that isn’t there. It’s not a disease itself, merely a symptom of other maladies, but the constant hum of nonexistent sound has been known to drive the afflicted to madness and suicide. I don’t suffer from this, exactly, but I have a strange feeling now and then that something wrong is going on in the background.

Today’s meeting with Dr. Korsakoff is a good example. He’s a strange little Russian who looks as though he’s never let a ray of sunlight touch his skin, and when he speaks of the human body, I begin to drift. I don’t see how he expects a man of my age to understand him. Thiamine, neurons, gliosis—all of it coated in his throaty accent, well, it goes right by me. I wonder if this is the point of such talk—a reminder that he has completed medical school and I have not. It seems to me that point was ceded upon my arrival in his office months ago. Did I tell him that as a young man I entertained notions
of becoming a doctor? I can’t remember. I was not at all paying attention to him, that much I know. But then, out of nowhere, he said something that was impossible to miss.

“You will in essence, Mr. Strauss, lose your mind.”

I’d been staring at a potted philodendron placed in an awkward corner of his office. The room was even drabber than the hospital as a whole, but the philodendron was exquisite. As he droned I resolved to devise a plan to steal it. But then this “lose your mind” business caught my attention.

“The good news is that it will be gradual, and you likely won’t even notice.” He stared at me. He was probably worried I was going to start crying. I imagine a person in his situation is required to deal with a wide variety of unpleasant reactions.

“How does a person unknowingly lose his mind?”

“Yours is a rare condition,” he said, seeming almost excited, “in which the damage that is being done to your brain does not destroy cognitive function but instead affects your brain’s ability to store and process memories. In response to this, your brain will invent new memories.”

All I could do was sit there. Everything seemed louder and slower. The fluorescent lights were a hive of bees, and footsteps in the hallway thunder-clapped toward the elevator. Somewhere down the corridor a telephone rang a fire alarm. Eventually I was able to ask how long I had.

He shrugged. “Months. Years, even. While you may have some associated difficulties, your condition is not life threatening. You’re not a young man, so it’s possible you might die of something else before it becomes a problem. Although it does appear that other than this you are extraordinarily healthy.”

“Thank you,” I said, which immediately seemed stupid.

“It is a degenerative physiological condition, and there isn’t anything at this time that can be done about it. You might not even realize it’s happening.”

He kept talking, but that tinnitus feeling kicked in. Imagine if your mind was making a noise, not an actual noise but whatever the mental equivalent is. Then add a little fogginess and you have a pretty good idea of where I was. I realized the doctor had stood and moved from behind his desk. It seemed our appointment was over, so I stood too, but I felt that I couldn’t leave the conversation where things were, with me as some sort of dumbstruck simpleton.

“I really like your philodendron.” I stopped myself from mentioning that he should be careful because variegated philodendrons can be highly toxic to dogs and cats. I don’t know how I know this, or if it’s even true, and anyway you don’t see many dogs and cats in a doctor’s office so it didn’t seem like useful information.

He smiled. It didn’t suit his thin lips. “Thank you. I find it very calming.”

We both observed the plant for a moment. One of its fronds fluttered in the breeze from the air-conditioning vent. “So do I.”

“Would you like me to take your photograph with it?”

I would have, but his eagerness unnerved me and I refused. He hid his disappointment well.

And now I’m sitting outside on a bench by the main doors of the hospital. I could go straight home—there’s no one waiting for me, no one whose feelings I need to concern myself with. I can stew away as much as I like in my one-room apartment, and I probably will later on. Right now I can’t find the energy, and anyway I have a feeling I’m supposed to be somewhere this afternoon. If I can’t remember
where, then I’ll have to go home and see if it’s written down in the notebook resting on my bedside table, but at the moment it doesn’t seem particularly important, and if it is I’ll remember soon.

Watching the various people go in and out of the swishing automatic doors is soothing. They all have problems too, or else they wouldn’t be here. Different problems than I, some more serious, some less serious, but problems all the same. One man in particular catches my attention. For some reason the sensor on the door doesn’t register his presence. He continues forward and very nearly collides with unyielding plate glass. He steps back, startled, and waits for admittance. When it’s not forthcoming, he waves his arms above his head and, as though recognizing him from across a crowded room, the hospital swings open its doors and the man ventures through them, appearing afraid they might close at any moment. I know how he feels.

Okay then, what is to be done? I am, apparently, going to lose my mind. Not all of it. I will still know how to tie my shoes and boil water and read and speak. But I won’t remember my life. I don’t know what to make of this. My life has been a mixed bag. I’ve spent much of it trying to atone for a mistake I made long ago as a young man. It was a stupid mistake and I often think that in attempting to settle my debts I’ve fouled things up even more. Other times I think I did the best I could. Likely I’ll never know for certain which is right. But what if all that is gone, if each memory that is mine alone slips away forever? Will my burden be lifted or will it increase? What is a memory anyway, other than a ghost of something that’s been gone for a long time? There are secrets I’ve kept. Maybe they should stay secrets.

No. I will have to tell Alice what has happened, explain myself,
clarify what has been left obscure. She deserves to know the whole story. It has been a mistake to keep it from her for all these years. But I’ll have to tell her properly, or it will only make things worse.

Alice knows most of the story already, but in any story there are details that can be pushed one way or another, and I have definitely pushed them in my favour. There are other details that can be left out entirely, which I have also done when it suited me. The only way is to start at the beginning and tell it as I believe it to be, not as I want it to be. I no longer have the luxury of time. My mind will soon become another door that is no longer open to me.

I deprived her of a father. This she has long been aware of. I could tell her all about him. The whole world knows me as the man who killed Harry Houdini, the most famous person on the planet. His story is complicated, though most of it is widely known. What no one knows, save for myself and one other person who likely died long ago, is that I didn’t just kill Harry Houdini. I killed him twice.