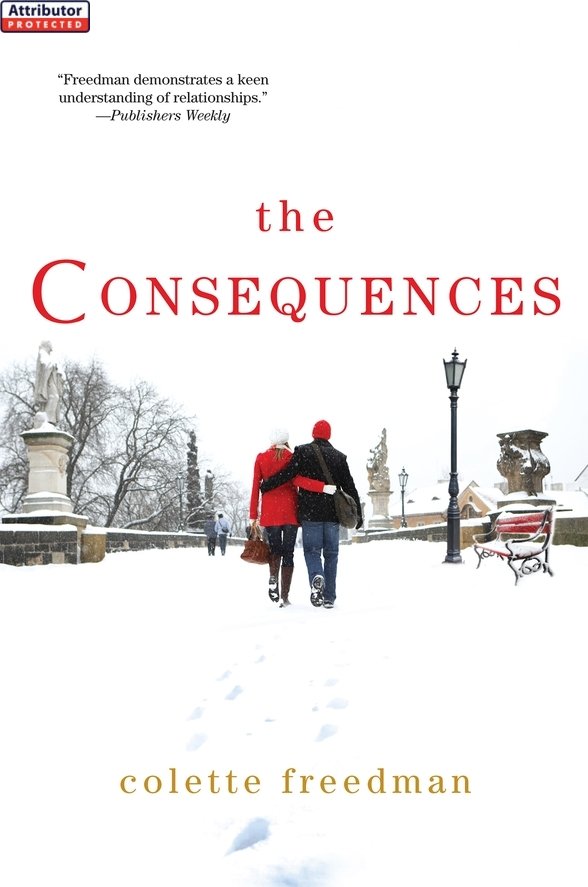 When did I decide to give him up?
When I discovered that his wife still loved him . . . and he still loved her?
Or was it earlier, when I saw how I'd be remembered: as the woman who destroyed a marriage and seduced a man away from his wife and children?
Maybe it was when I caught a glimpse of my future as Robert's wife/lover/housekeeper . . . and I didn't like what I saw.
Yes. It was in that split second of clarity that I decided to let him go.
But I still loved him.
God help me, I still loved him. And I didn't think that would ever change.

Tuesday, 24th December
Christmas Eve
Â
Â
A
s the car pulled up to the curb outside Logan's Terminal C, Stephanie Burroughs leaned up toward the passenger's seat, grabbing Izzie's hand. “Thank you,” she whispered, her breath warm against her best friend's ear. “I don't know what I would have done without you.”
Izzie Wilson turned back to Stephanie. “You don't have to go,” she said quickly, blinking away sudden tears. “You could stay with Dave and me over the holidays. You wouldn't have to be alone.”
Stephanie shook her head. “What! And ruin your Christmas too? No, thanks. I've already decided: I'm going.”
As Dave got out and popped the trunk, Stephanie smiled conspiratorially. “Besides, I thought Mr. Romantic was going to propose at midnight tonight?”
“Ssssh!” Izzie pressed her fingers to Stephanie's lips and glanced over her shoulder to where Dave was negotiating Stephanie's large suitcase out of the trunk. He glanced up, spotted the two women looking at him and smiled his gap-toothed grin before he won the war with the Vuitton. They both saw him glance quickly at his watch. “He doesn't think I know about tonight,” Izzie added, “though he's done everything except update his Facebook status.”
“A Christmas Eve proposal is very romantic,” Stephanie reminded her.
“Just stay with us,” Izzie begged. “Please! I hate the thought of you leaving.”
“I'll be fine,” Stephanie protested. “Thank you. I have to go; you know that. I want to go. I mean, I don't want to spend another Christmas alone. I swore after last year that I'd never go through that again.”
A Boston cop tapped on the car window, motioning for them to move on.
“When will you be back?” Izzie watched Stephanie gather up her large purse and open the car door.
“I don't know. I could only get a one-way ticket into Milwaukee. I'll call you before the New Year.” She kissed her friend quickly, then jumped out of the car and collected her suitcase from Dave, gave him a quick peck on the cheek and wished him a Merry Christmas, before darting into the terminal.
“It'll take us forever to get home,” Dave grumbled as he got back in, cranking up the heat as far as it would go. “She could have taken a taxi,” he muttered.
Although Izzie was dwarfed by Dave's size and bulk, she wasn't intimidated by him. “No, she couldn't. She's my best friend, and she's just had an incredibly traumatic experience. I can't even imagine what it was like when she opened the door and found Robert's wife standing there!”
“If she hadn't been playing around with the wife's husband, she wouldn't have found herself in that situation,” Dave suggested mildly.
Izzie opened her mouth to reply and then closed it again. She couldn't argue with Dave; he was right, and she'd said as much to Stephanie on more than one occasion. She drew a pattern on the window with her finger as her warm breath fogged up the cold glass. She didn't envy her best friend: If you date a married man, you eventually get burned. And she guessed that Stephanie's misery was just beginning.