The Crisis of Islam: Holy War and Unholy Terror 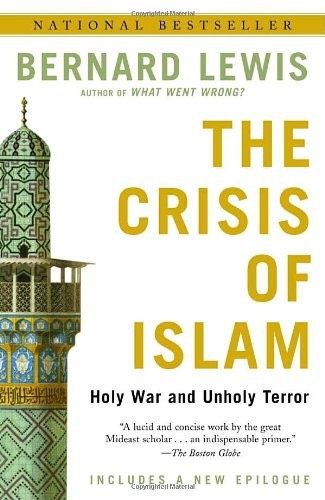 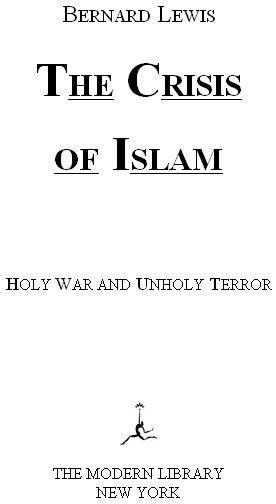 I
. D
EFINING
I
SLAM

A
LSO BY
B
ERNARD
L
EWIS

T
HE
C
RISIS
OF
I
SLAM 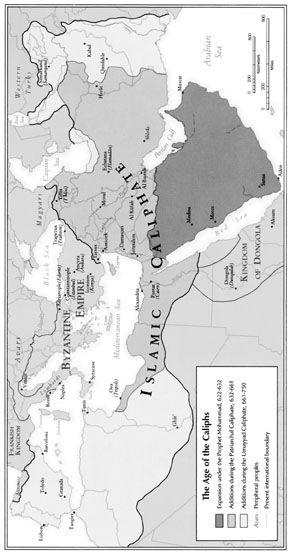 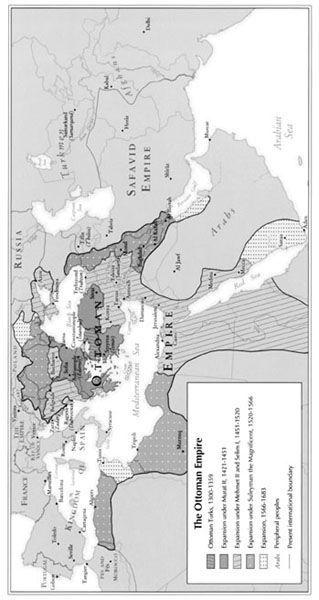 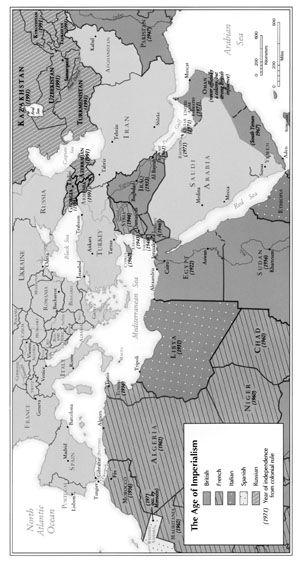 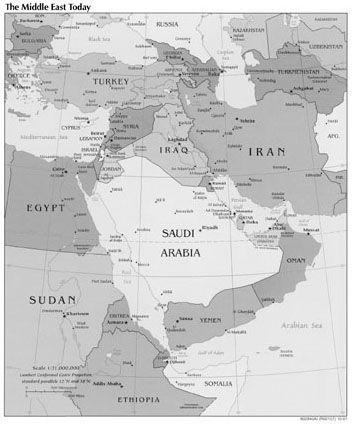 President Bush and other Western politicians have taken great pains to make it clear that the war in which we are engaged is a war against terrorism—not a war against Arabs, nor, more generally, against Muslims, who are urged to join us in this struggle against our common enemy. Usama bin Ladin’s message is the opposite. For bin Ladin and those who follow him, this is a religious war, a war for Islam against infidels, and therefore, inevitably, against the United States, the greatest power in the world of the infidels.

In his pronouncements, bin Ladin makes frequent references to history. One of the most dramatic was his mention, in his videotape of October 7, 2001, of the “humiliation and disgrace” that Islam has suffered for “more than eighty years.” Most American—and, no doubt, European—observers of the Middle Eastern scene began an anxious search for something that had happened “more than eighty years” ago, and came up with various answers. We can be fairly sure that bin Ladin’s Muslim listeners—the people he was addressing—picked up the allusion immediately and appreciated its significance.

In 1918 the Ottoman sultanate, the last of the great Muslim empires, was finally defeated—its capital, Constantinople, occupied, its sovereign held captive, and much of its territory partitioned between the victorious British and French Empires. The Arabic-speaking former Ottoman provinces of the Fertile Crescent were divided into three new entities, with new names and frontiers. Two of them, Iraq and Palestine, were under British Mandate; the third, under the name Syria, was given to the French. Later, the French subdivided their mandate into two, calling one part Lebanon and retaining the name Syria for the rest. The British did much the same in Palestine, creating a division between the two banks of the Jordan. The eastern segment was called Transjordan, later simply Jordan; the name Palestine was retained and reserved for the Western segment, in other words, the Cisjordanian part of the country.

The Arabian peninsula, consisting largely of barren and inaccessible deserts and mountains, was at that time thought not worth the trouble of taking over, and its rulers were allowed to retain a precarious and limited independence. The Turks eventually succeeded in liberating their Anatolian homeland, not in the name of Islam but through a secular nationalist movement led by an Ottoman general called Mustafa Kemal, better known as Kemal Atatürk. Even as he fought—successfully—to liberate Turkey from Western domination, he took the first steps toward the adoption of Western or, as he preferred to put it, modern ways. One of his first acts, in November 1922, was to abolish the sultanate.

The Ottoman sovereign was not only a sultan, the ruler of a specific state; he was also widely recognized as the caliph, the head of all Sunni Islam, and the last in a line of rulers that dated back to the death of the Prophet Muhammad in 632
C.E.
and the appointment of a successor to take his place, not as spiritual but as religious and political head of the Muslim state and community. After a brief experiment with a separate caliph, the Turks, in March 1924, abolished the caliphate, too.

During its nearly thirteen centuries, the caliphate had gone through many vicissitudes, but it remained a potent symbol of Muslim unity, even identity; its disappearance, under the double assault of foreign imperialists and domestic modernists, was felt throughout the Muslim world. Some rather halfhearted attempts were made by various Muslim monarchs and leaders to claim the vacant title, but none of them gained much support. Many Muslims are still painfully conscious of this void, and it is said that Usama bin Ladin himself had—or has—aspirations to the caliphate.

The word
caliph
comes from the Arabic
khal

fa,
which by a useful ambiguity combines the meanings of “successor” and “deputy.” Originally, the head of the Islamic community was “the
Khal

fa
of the Prophet of God.” Some, more ambitious, shortened the title to “the
Khal

fa
of God.” This claim to spiritual authority was hotly contested and eventually abandoned, though a title expressing a similar but somewhat lesser claim, “the Shadow of God on earth,” was widely used by Muslim rulers. For most of the history of the institution, the holders of the caliphate contented themselves with the more modest title
Am

n,
usually translated as “Commander of the Faithful.”

Historical allusions such as bin Ladin’s, which may seem abstruse to many Americans, are common among Muslims, and can be properly understood only within the context of Middle Eastern perceptions of identity and against the background of Middle Eastern history. Even the concepts of history and identity require redefinition for the Westerner trying to understand the contemporary Middle East. In current American usage, the phrase “that’s history” is commonly used to dismiss something as unimportant, of no relevance to current concerns, and despite an immense investment in the teaching and writing of history, the general level of historical knowledge in American society is abysmally low. The Muslim peoples, like everyone else in the world, are shaped by their history, but unlike some others, they are keenly aware of it. Their awareness dates however from the advent of Islam, with perhaps some minimal references to pre-Islamic times, necessary to explain historical allusions in the Qur’an and in the early Islamic traditions and chronicles. Islamic history, for Muslims, has an important religious and also legal significance, since it reflects the working out of God’s purpose for His community—those that accept the teachings of Islam and obey its law. The history of non-Muslim states and peoples conveys no such message and is therefore without value or interest. Even in countries of ancient civilization like those of the Middle East, the knowledge of pagan history—of their own ancestors, whose monuments and inscriptions lay around them—was minimal. The ancient languages and scripts were forgotten, the ancient records buried, until they were recovered and deciphered in modern times by inquisitive Western archaeologists and philologists. But for the period beginning with the advent of Islam, the Muslim peoples produced a rich and varied historical literature—indeed, in many regions, even in countries of ancient civilization like India, serious historical writing begins with the arrival of Islam.

But history of what? In the Western world, the basic unit of human organization is the nation, in American but not European usage virtually synonymous with country. This is then subdivided in various ways, one of which is by religion. Muslims, however, tend to see not a nation subdivided into religious groups but a religion subdivided into nations. This is no doubt partly because most of the nation-states that make up the modern Middle East are relatively new creations, left over from the era of Anglo-French imperial domination that followed the defeat of the Ottoman Empire, and they preserve the state-building and frontier demarcations of their former imperial masters. Even their names reflect this artificiality: Iraq was a medieval province, with borders very different from those of the modern republic, excluding Mesopotamia in the north and including a slice of western Iran; Syria, Palestine, and Libya are names from classical antiquity that hadn’t been used in the region for a thousand years or more before they were revived and imposed—again with new and often different boundaries—by European imperialists in the twentieth century;
1
Algeria and Tunisia do not even exist as words in Arabic—the same name serves for the city and the country. Most remarkable of all, there is no word in the Arabic language for Arabia, and present-day Saudi Arabia is spoken of as “the Saudi Arab kingdom” or “the peninsula of the Arabs,” depending on the context. This is not because Arabic is a poor language—the reverse is true—but because the Arabs simply did not think in terms of combined ethnic and territorial identity. Indeed, the caliph ‘Umar is quoted as saying to the Arabs, “Learn your genealogies, and do not be like the local peasants who, when they are asked who they are, reply: ‘I am from such-and-such a place.’ ”
2

In the early centuries of the Muslim era, the Islamic community was one state under one ruler. Even after that community split up into many states, the ideal of a single Islamic polity persisted. The states were almost all dynastic, with shifting frontiers, and it is surely significant that, in the immensely rich historiography of the Islamic world in Arabic, Persian, and Turkish, there are histories of dynasties, of cities, and primarily, of the Islamic state and community, but no histories of Persia or Turkey. These names, unlike Syria or Palestine or Iraq, designate not new but old political entities, with centuries of sovereign independence. Yet until modern times even these names did not exist in Arabic, Persian, or Turkish. The name Turkey, designating a country inhabited by people called Turks and speaking a language called Turkish, seems to conform to the normal European pattern of identifying countries by ethnic names. But this name, current in Europe since the Middle Ages, was not adopted in Turkey until after the proclamation of the Republic in 1923. Persia is a European, originally Greek adaptation of the name Pars, later Fars, the name of a province in western Iran. After the Arab conquest, since the Arabic alphabet lacks a letter
p,
it came to be known as Fars. As Castilian became Spanish and Tuscan became Italian, so Farsi, the regional dialect of Fars, came to be the standard language of the country, but in Persian usage the name of the province was never applied to the country as a whole.

Ride Hard by Evelyn Glass
Greatshadow by James Maxey
La llamada de Cthulhu by H.P. Lovecraft
The Gladstone Bag by Charlotte MacLeod
Seattle Puzzle by Gertrude Chandler Warner
A Place of His Own by Kathleen Fuller
The Gambit with Perfection (The Phantom of the Earth Book 2) by Zen, Raeden
The Pawnbroker by Edward Lewis Wallant
VIKING: THE THRONE OF BEOWULF: The Killing Beast Was Released (Viking, Throne, Legend, Thriller, Beowulf, Murder, Gotland Saga) by Grim, Arwen
Kingdom Come by Jane Jensen