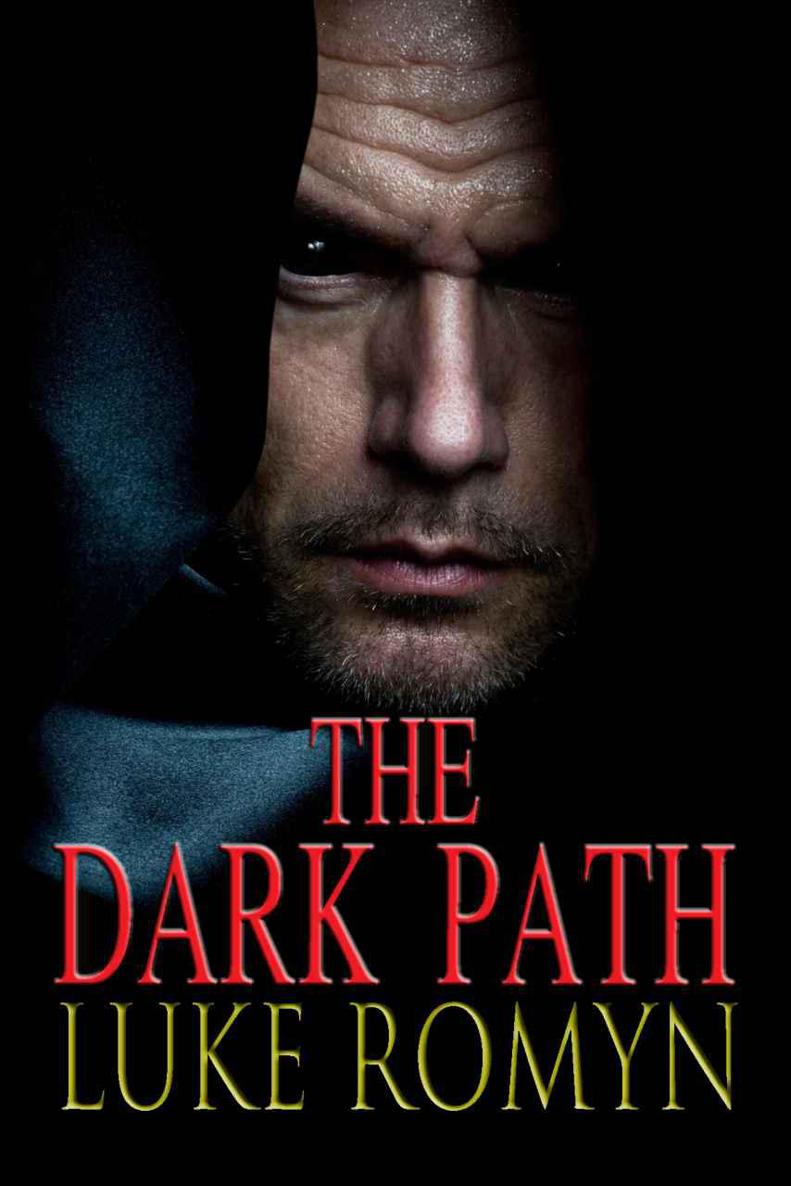 This ebook is licensed for your personal enjoyment only. It may not be re-sold or given away to other people. If you would like to share this book with another person, please purchase an additional copy for each person you share it with. If you are reading this book and did not purchase it, or it was not purchased for your use only, you should return to Amazon.com and purchase your own copy. Thank you for respecting the hard work of this author.

All rights reserved. No part of this book may be reproduced or transmitted in any form without written permission from Luke Romyn, except by a reviewer who may quote brief passages for review purposes.

This book is a work of fiction and any resemblance to any person, living or dead, any place, events or occurrences, is purely coincidental. The characters and story lines are created from the author’s imagination or are used fictitiously.

If you are interested in more writing by Luke Romyn, be sure to visit

This novel is dedicated to my beloved wife, Sarah.

The only one who stood beside me when I walked my own Dark Path.

Chapter One: The Dark Man

Chapter Eleven: The Angel of Death

Antoni knew he had failed. This knowledge burned bitterly through his mind, but he refused to admit defeat. The child had no one else, and Antoni wouldn’t turn his back on her. Blood oozed down his left arm, leaving a grisly trail behind him as he shuffled slowly down the tunnel carved out beneath the mountain.

The flow had slowed now, but Antoni knew his loss of blood had rendered him nearly useless. The Four had proven invulnerable, while he had only his mortality to challenge them with.

He had cast aside his armor along with his equally ineffective weapons, after barely escaping from the battle into this tunnel. The only thing he retained was the package wrapped and hidden securely within his clothing.

Blurred images flowed before him; he tried to refocus, but found it no use. Despair coursed through Antoni for the hundredth time, and he paused against the wall, hoping to regain some strength. Never before had the knight failed. Throughout his many battles during the Crusades, at times facing impossible odds, he always managed to prevail. This time was different.

He was dead; his body simply hadn’t realized it.

His enemies were too powerful and his strengths too few. Silently Antoni cursed his weakness. Gritting his teeth, he pushed himself away from the wall, swaying on his feet before shuffling further into the darkness. The pounding within his head increased steadily and again his vision blurred.

Antoni heard a soft giggling from behind him, but turning, found the tunnel empty. The Four were still out there somewhere; playing with him, like cats toying with an almost-dead mouse, letting it believe it might escape before pouncing once again.

But Antoni wasn’t trying to escape. All that kept him going was the singular hope that the package he concealed would truly do everything its seller had promised. If his claims proved legitimate, there remained the slightest chance he could thwart the evil still to come. He couldn’t win, but if he could stop his enemies, at least life could go on.

It would end for him though, of that he had no doubt.

The tunnel seemed to loom for an eternity before his foggy vision, the flickering torchlight dimly illuminating the way. Agonizingly he shuffled onwards, ignoring the whispering and giggles echoing from the shadows around him.

Suddenly, Antoni found himself face down on the rough stone floor of the tunnel. Realizing he had collapsed, he managed to painfully lever himself up to his knees and look ahead. At the top of a small rise, the entrance to a much larger cavern materialized and his hopes flared slightly.

Stumbling up the small hillock almost proved too much for the former knight, and again he had to pause and rest amidst the snickering shadows. Before him opened a massive chamber carved from the stone of the mountain. Burning torches surrounded the walls and sconces blazed throughout the room, illuminating the chamber…and the purest of horrors.

A massive mound of bodies rose in the middle of the room, suffering various stages of decay. A small stone table had been erected, and sprawled across this altar of death lay the object of his search.

Tears threatened to choke the battle-hardened warrior upon seeing hope flicker in the girl’s eyes. Noticing his sorrow and weakened condition, her expression softened, as though understanding and resigned to her fate

Without warning, something gripped Antoni from behind with such force that he wailed in renewed agony, his wound flaring and fresh blood flowing. The putrescence of rotting flesh permeated the air around him and a sibilant hiss rose in his ear.

“You have caused us much inconvenience, Crusader. And now you shall witness the fruits of your failure, while you watch your precious savior die.” Antoni was yanked forward mercilessly towards the altar and thrown headfirst amidst the bodies.

“Do you like our decorations, Crusader?” taunted the voice. “Not really necessary for what we hope to achieve, but our followers bore no further purpose, so they now serve as ornaments for our pleasure. Such should be the fate of all meat sacks like yourself.”

Antoni raised his eyes hesitantly towards the child. She gazed down at him, a glorious reflection of his love. He gritted his teeth in determination.

“I’m sorry,” he whispered softly. Only she heard it. The child merely nodded, and smiled so sweetly the crusader thought his heart would burst into flames.

Slowly, Antoni pushed his battered body to his knees amidst the laughter of his captors–for they had all emerged, now that their victory seemed imminent.

“What brave words will you say before you die,
Crusader
?” Their leader almost spat the word. “What threats will you now convey?”

“No threats,” said Antoni softly, groaning, but finally managing to stand. He would not die on his knees before such as these. “Merely a present.”

He produced the package from within his clothing. Antoni had purchased it from a Chinese merchant who had told him of the mysterious black powder’s capacity to level mountains.
How appropriate
, he thought mirthlessly, offering the parcel.

“A present for us? How thoughtful. Pray tell what it is you have bought for your hosts.”

(2008) Down Where My Love Lives by Charles Martin
Under the Kissing Bough by Shannon Donnelly
Heartburn by Nora Ephron
SelkiesSeduction by Anne Kane
Saints of Augustine by P. E. Ryan
A Tap on the Window by Linwood Barclay
Sabrina's Surrender (A New Journey) by Westor, Laura
Prisoners of the Williwaw by Ed Griffin
Paradise Burning by Blair Bancroft
The Happiness Industry by William Davies