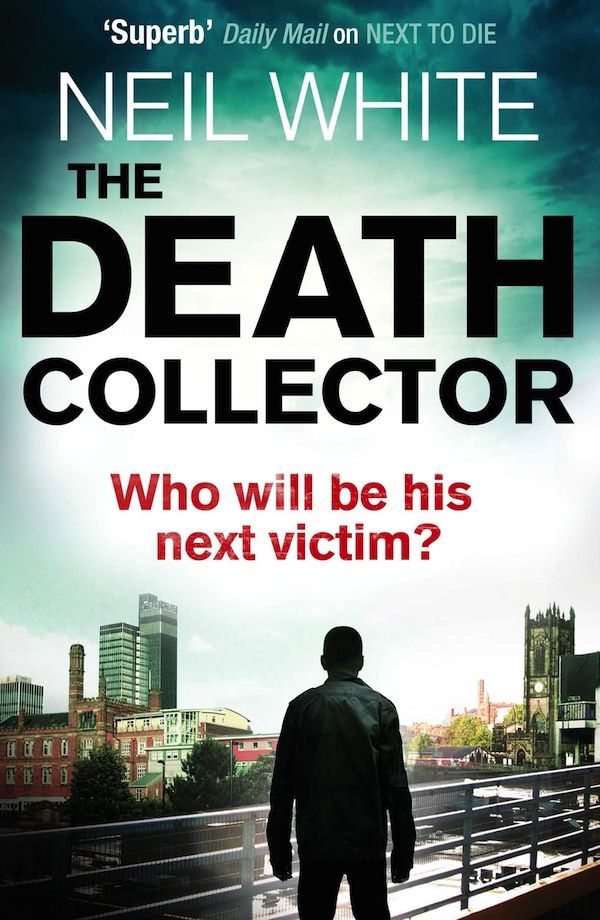 Neil White was born and brought up around West Yorkshire. He left school at sixteen but studied for a law degree in his twenties, then started writing in 1994. He is now a lawyer by day, crime fiction writer by night. He lives with his wife and three children in Preston.

Being a writer is a solitary pursuit most of the time, but that is only part of the story, because my efforts would amount to nothing were it not for the patience and hard work of others. For every bad idea and muddled thought my editor and desk editor at Sphere, Jade Chandler and Thalia Proctor, are always there, to guide and advise, and it is their hard work that turns my first draft into something capable of sitting on a bookshelf.

A special thank you goes to my agent, as always, the wonderful Sonia Land from Sheil Land Associates, who made it possible for me to work with the people at Sphere, and has been a constant source of sound advice. Long may that continue.

Outside of the publishing world, I need to be grateful for the patience shown by my family, my wife and three sons, who tolerate me being the man who locks himself away for hours, quiet and moody. Writing can be as hard for them as it is sometimes for me. As for everyone else, it’s the people I meet who inspire me, the source for ideas or characters or those little asides or quirks that somehow make it into the story. They might not know it, and it is often best that they don’t, but I enjoy a secret smile at the knowledge of where they appear.

He sank back into the shadows as they stepped out of the car.

There were two of them. The car was parked right up against the wooden garage door, so that they had to walk round the back to go towards the house. There was a man he had seen before – the reason he was there – tall and slender in a grey wool jacket and a silk scarf slung over his shoulder, his shoes pointed brown leather, trendy and smart. The woman next to him was smaller, in high blue heels and a navy skirt that fell just below her knees, elegant and poised. Her heels made loud clicks that echoed as she walked.

He closed his eyes for a moment, steeled himself, not wanting to be caught. Although concealed by the darkness of a house opposite, along someone’s garden path and in the space where the night still had its grip, he couldn’t take any chances with a stray glance. The streetlights would bathe his face in orange light if he leaned out too far.

He listened out for any other movement but the street was silent apart from their footsteps. He tried to be patient, to wait until they got into the house, but the need to know was too much. He leaned out.

It was past midnight, most of the windows along the street were in darkness, with just the blue flicker of televisions visible in some. They were tall Victorian houses, three floors, with stone bay windows and small peaked eaves above attic rooms, cars parked along the street or crammed into the driveways.

The man fumbled with a key and said something that made the woman laugh, but only briefly and politely, so that his smile lasted longer than hers. She hoisted her handbag onto her shoulder and looked to the floor. Nothing more was said. There was an atmosphere. He was trying too hard. She didn’t look interested. The door opened and they went inside.

He waited for the door to close and then emerged from his hiding place, his eyes sweeping the street, checking to see if he was being watched. It looked clear. He tried to walk normally to avoid suspicion, but his footsteps seemed like loud crunches that snapped in the night air, making him jumpy.

At the front of the house he paused, one hand on the gate, small and wooden and painted green. He took a last look around; still no one watching. He pushed and went through.

The garden was small, with just enough space for a rectangle of grass and flowerbeds. A line of concrete running to the front of the house served as a path. He crouched down as he went, stopping before the door. It matched the gate, wooden and green, with a stained-glass circle in the centre. He leaned forward and then craned his neck to see through, ready to duck back if he saw anything. The hallway was long and led to a kitchen at the rear, lined by polished oak floorboards and deep red wallpaper, the lights shielded by purple shades.

The main room was to the side, the light turned on. The curtains had been a canvas of dancing lights earlier – a real fire was his guess, left burning when the man went out – but the light was on now and had cancelled it out, turning the dark curtains into a bright red.

He moved quickly towards the window, to listen out, but then he saw a gap in the curtains. It wasn’t much more than a crack, but it was enough for him to see through.

He ducked down, took one more look around, and then crept forward. He stopped at the gap and raised his head slowly above the sill, waiting to be seen. His heart hammered in his chest, his throat tight with nerves, as the room came slowly into view.

It was as he expected. There was a sofa and two chairs grouped around a fireplace, the man putting on more coal, bending over. Then he straightened and went to the woman, taking her coat from her shoulders, playing the host, the gentleman. She held her right elbow with her left hand so that her left arm acted as a shield. She looked nervous, and the short bursts of laughter that drifted through the window came only from him.

The man removed his jacket and scarf and put them on one of the chairs as she sat down on another, and then he went over to a table in the corner. As he removed the top from a bottle, she looked round the room as if it was her first time there, stiff and uncomfortable.

He passed her a glass but she didn’t drink from it. Instead, she held the glass in one hand as her other arm remained across her. He walked over to another part of the room, where there was something on a table. He lifted a lid to reveal a record turntable. It was dated, the colours faded. The man flicked through some albums stacked against the wall, and when he made his selection he took out the black vinyl and surveyed it against the light from the fire. He wiped it with a cloth, handling it only by the edges, and then placed it delicately on the centre spindle of the record player. He clicked a switch and there was a pause before the needle arm moved slowly through the air. As it landed, there was a crackle, and then the opening bars of a song he recognised but didn’t really know burst from the speakers, loud and distorted. He had expected some modern smooch music, some kind of serenade designed to get his guest in the mood, but instead it was old-fashioned, something from decades before.

He ducked down as the man turned around. He was directly in line, so he waited as the song acquired its rhythm.
Crazy
, the voice sang, her tone deep and rich, the words distorted by the crackles from the speaker.

His breaths had got shorter, nerves making his fingers tremble, but still he wanted to watch. It was as if the rest of the street had faded; all he could think of was what was going on in the house.

He raised his head slowly. The man and woman were closer now, the man holding out his hand, inviting her to dance, his head cocked, expectant. She hesitated, as if embarrassed, awkward and stiff, but then her manners got the better of her. She shrugged and put her glass on a small table nearby before going to him.

They moved together slowly, one of her hands on the back of his neck, her other loosely behind him, her head rested against his chest. He murmured to her as he swayed from side to side. The flickering light from the fire made her dark curls move and shift, just shadows in the gloom.