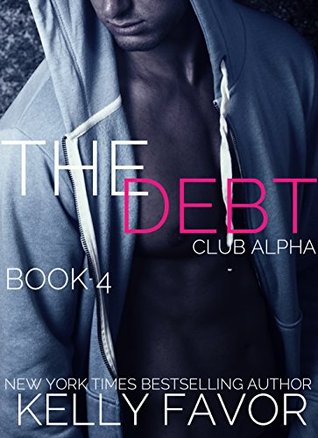 Jake Novak tossed his cell phone on the
bed and then turned his attention to Raven.

His eyes locked on hers as he stood naked
from the waist up, his pants hanging low on his hips, showing off his six pack
and then some.

He was finely
chiseled stone, completely perfect in every way physically.

“That’s that,” he said, his voice even
and calm, the scar above his eyebrow indicating that he knew how to fight and
wasn’t afraid of it.

Jake was more than just some gorgeous pop
idol without substance—he’d stood up to the frightening and powerful men
who wanted to hurt Raven.

Club
Alpha was dangerous, and yet he hadn’t backed down from them.

Jake had finally taken her side, and he’d
done it when his reputation and career were already on thin ice.

In fact, Jake had just told the CEO of
Club Alpha that he was going to come after him.

His last words to Scott were still
ringing in Raven’s ears.

You
have no idea what I’m capable of.

Perhaps they didn’t know what Jake was
capable of.

And perhaps she didn’t
either, but Raven was beginning to suspect that Jake Novak was capable of just
about anything.

“Are you sure you want to do this?” Raven
asked, as she tried to process what had just happened.

She was still sitting in bed, clad only
in panties, bathed in sweat from Jake’s warmth from when he’d held her close.

Jake’s mouth turned up at the corner, a
tiny smirk.

“But what about
you?”

She pulled the covers up to her chest,
covering her breasts, even though he’d certainly seen and even touched them
plenty by now.

“What don’t you know?” Jake asked her,
coming over and sitting on the edge of the bed.

“I feel like I’m complicating your life,”
Raven said.

“I’m supposed to help you reform your
image, not get you into trouble with some shady underground company run by
billionaires.”

He laughed at that.

“I’m not scared of billionaires,” he
said to her, leaning across the bed and stroking her hair.

I think they meant what they said about
kidnapping me and making me disappear.”

She shivered as Jake stroked her hair, loving the way he was touching
her, completely overwhelmed that he was suddenly willing to fight for her.

“Nobody’s going to make you disappear,”
Jake told her.

She did look at him, and his liquid brown
eyes were like nothing she’d ever seen.

This was
the
Jake Novak, the
man that millions of women and teenage girls lusted after, and he was far sexier
with her then she’d ever seen him act in any movie.

“How can you be sure, Jake?

You can’t watch over me 24/7 and at some
point, Club Alpha will make sure to get me back for screwing them over.”

“Remember what you said to me?” he asked
her, his hand moving to caress her cheek and then her shoulder.

“What exactly did I say?”

“You told me to trust you,” he
replied.

“Nobody’s going to hurt you, Raven, and
anyone who tries is going to wish they’d never been born.”

She bit her lip, wishing she hadn’t said
anything.

“He didn’t do it, obviously,
he was just trying to scare me.”

He slipped on his shirt.

“I’m going to show you something
important.”

Jake gave her a grin.

They were sitting in the back of a sedan
with Jake’s driver in front, calmly navigating the busy Manhattan city
streets.

Jake was relaxed, legs
outstretched in the roomy backseat, his window slightly open.

The paparazzi had given them hell between
the hotel exit and the car, but it was just a few steps and Raven was
almost—almost—getting used to the yelling and incessant pictures
being snapped.

The car seemed strangely calm and quiet
after all of that, and now they were apparently driving to some fancy
restaurant called Koan—Jake assured her that Koan was some of the best
Japanese food he’d ever tasted.

She was dressed in black
slacks, heels, and a black tank top with a white blazer over it.

It was
true,
she
wasn’t really very hungry and especially didn’t want to dine out at some trendy
New York hotspot after everything she’d been through that day.

But being with Jake was enough to make
Raven want to try her best, to go out on the town if that’s what he wanted.

After all, he’d stood up for her like a
daring white knight, and he was making her feel like a princess because of it.

What
kind of princess doesn’t accept her valiant knight’s invitation to dine with
him?

Even if Raven was afraid that the rug
could be pulled out from her at any moment, even if she wasn’t certain that
Jake would continue to stand up for her, she didn’t want to assume the worst.

Maybe
this change is real.

Maybe he’s
actually falling for me.

But when Raven looked at Jake he seemed
oddly quiet and distracted.

She
thought it might be that he was angry about everything she’d revealed to him
earlier.

“Are you freaked out about all of that
stuff I told you about Club Alpha?” Raven asked him.

Jake was behaving as though everything
was fine, but she sensed a coiled tension beneath the surface, like a snake
waiting to strike.

“I don’t freak out,” Jake said, looking
out the window.

“What kind of moves?”

He glanced at her.

“I think you know my moves pretty well.”

She flushed and looked away from
him.

“You know that’s not what I
meant.”

“I don’t see the difference.

When I decide I want something, I make
it happen.

And if someone goes
against me, they’ll live to regret it.

“I just don’t want you to get yourself in
trouble over me,” she said.

“You
seemed really angry when you yelled at those guys from Club Alpha today and I’m
afraid you’ll do something without thinking it through first.”

Jake glanced over at her, his expression
incredulous.

“You think I should
let those guys get away with what they did to you today?

Telling you they were going to kidnap
you if you didn’t listen to them?”

“Of course I don’t think they should get
away with it,” Raven said.

“But I’m
worried that you’re going to do something to get yourself in trouble.”

“Don’t you worry about me,” Jake replied.

“I’ve done just fine for myself, I got
through Afghanistan—I think I can deal with a couple of rich chumps from
the business sector trying to intimidate my...” he trailed off.

Raven wondered what he’d been about to
say.

Had he almost called her his
girlfriend and then reconsidered?

“I do worry about you,” she told
him.

Then she looked at him,
refusing to back down from the challenge.

His brown eyes were unwavering.

“Let me take care of everything,
Raven.

Let me take care of
you.

This completely fake
relationship we’ve started for your PR campaign to make everyone realize you’re
really a nice guy?

Or
is this finally becoming something else?

Raven wanted to ask him that very
question, but she hesitated at the moment of truth.

Jake’s eyes lingered on her for a
moment, and then he went back to looking out the car window again.

She continued watching him, wondering how
he could all at once seem as though he was ready to lay down his life for her,
and then the very next second he could act as though Raven was some stranger that
had intruded on his life simply to cause problems.

Jake was wearing a cream colored suit,
and he filled it out perfectly, and he smelled perfect, and he was everything
that a woman could want.

Just
sitting next to him was a turn-on, and then when Raven thought about the way
he’d touched her and the way she’d touched him, stroking him, making him
come…Jake Novak was actually hotter than he even looked, which was saying
something.

Add to all of that, the fact that he also
possessed a smoldering bad boy side, the danger that he’d exuded when he’d
yelled at her tormentors over the phone—and Raven wanted him more now
than ever.

And that was scary, because she was
already losing control, losing her ability to keep any sort of distance between
herself and Jake Novak.

Jake had repeatedly told her that he
wasn’t capable of being a normal boyfriend, had repeatedly made it clear that
he was damaged goods (for some mysterious reason he didn’t care to explain).

Why did she insist on wanting more from
him, hoping for more from him?

It
could be that I’m just a glutton for punishment.

All of these thoughts ran through Raven’s
anxious mind as she watched Jake staring out the car window on the way to the
restaurant.

Finally, the car pulled up to Koan and
one of the attendants stationed out front opened the back door for them.

Jake got out and then extended his hand
to Raven to help her out of the car, his grip gentle yet firm.

She nearly lost her breath as she stood
up straight and caught sight of his handsome face as if for the first time.

Jake
Novak just smiled at me, just touched my hand.

And now Jake Novak is taking me out to
eat at a fancy restaurant.

Jake
Novak touched my pussy, made me scream.

She shook her head, her gaze dropping to
the pavement.

“Mister Novak, we have a table ready,”
the attendant said softly.

“Thanks,” Jake said, handing the young
man a tip.

Roman Blood by Steven Saylor
The Widow's Mate by Ralph McInerny
Reel Life Starring Us by Lisa Greenwald
To Kill a Wizard: Rose's Story (The Protectors of Tarak Book 1) by Lisa Morrow
Calculated Risk by Elaine Raco Chase
Man and Wife by Tony Parsons
California Sunshine by Tamara Miller
New England White by Stephen L. Carter
So Not a Cowgirl by Starla Kaye
The Wedding Chapel by Rachel Hauck