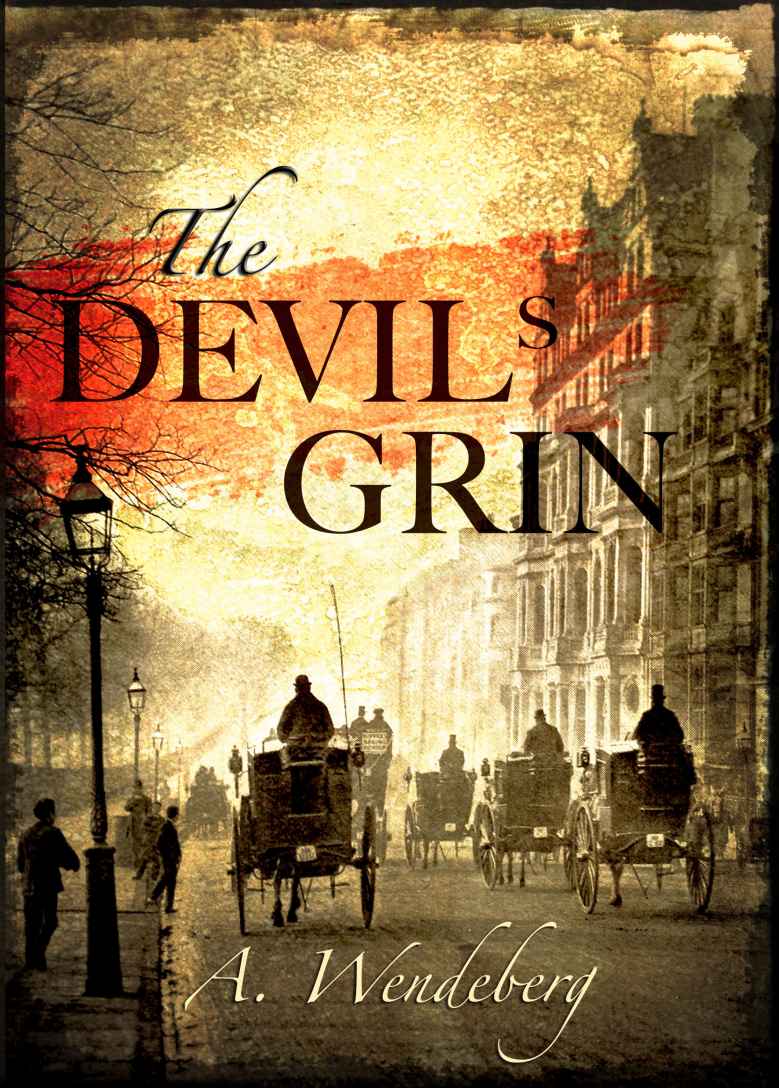 Preview of The Fall

This is a work of fiction. Yet, I tried to write it as close to the truth as possible. Any resemblance to anyone alive is pure coincidence.

Mr Sherlock Holmes, Dr John Watson, and Mrs Hudson are characters by Sir A. C. Doyle. Names, characters, places and incidents are products of my imagination, or lived/happened/occurred a very long time ago. I herewith apologise to all the (now dead) people I used in my novel. I also apologise to all Sherlock Holmes fans should they feel their Holmes got abused by me, too.

The cover is an image from
The Queen’s London. A Pictorial and Descriptive Record of the Streets, Buildings, Parks, and Scenery of the Great Metropolis in the fifty-ninth year of the Reign of her Majesty Queen Victoria.
Publisher: Cassell & Company, London. 1896. Author’s archives.

To book-lovers and story-tellers

Books by this author:

Moriarty
(Illustrated Compiler of
The Devil’s Grin, The Fall,
&
The Journey
)

The Lion’s Courtship
(A Prequel to
The Devil’s Grin
)

Find out more at:

I
never considered writing anything but science papers. Not until my family and I moved into a house with a history dating back to 1529. While ripping off all modern improvements to restore some of the building’s historic charm, we found a treasure. Hidden underneath the attic’s floorboards, among thick layers of clay, sand, and larch needles, were a dozen slender books bound in dark leather. These were the journals of an extraordinary woman.

Reading her story left me shocked, awed, and wishing I could ever be as courageous as she. Her wish to not reveal her identity will be respected. Instead, I mixed the names of a friend, a German beer (sorry about that), and the last part of my family name to end up with ‘Anna Kronberg.’

People close to Anna, such as her lover and her father, bear false names as well, while others kept their true identities.

This little horse — which makes an appearance in the 2
nd
book — is one of the things we found underneath our attic’s floorboards. (1)

History is indeed little more than the register of the crimes, follies,
and misfortunes of mankind.

I
finally found the peace to write down what must be revealed. At the age of twenty-seven, I witnessed a crime so outrageous that no one dared to tell the public. In fact, it has never been put in ink on paper — not by police, journalists, or historians. The general reflex was to forget what had happened.

I will hide these journals in my old school and beg the finder to make public what they contain. Not only must the crime be revealed, but I also wish to paint a different picture of a man who came to be known as the world’s greatest detective.

O
ne of the first things I learned as an adult was that knowledge and fact meant nothing to people who were subjected to an adequate dose of fear and prejudice.

This simple-mindedness was the most disturbing attribute of my fellow two-legged creatures. Yet, according to Alfred Russel Wallace’s newest theories, I belonged to this same species — the only one among the great apes that had achieved bipedalism and an unusually large brain. As there was no other upright, big-headed ape, I must be human. But I had my doubts.

My place of work, the ward for infectious diseases at Guy’s Hospital in London, was a prime example of the aforementioned human bias against facts. Visitors showed delight when entering through the elegant wrought-iron gate. Once on the hospital grounds, they were favourably impressed by the generous court with lawn, flowers, and bushes. The white-framed windows spanning from floor to ceiling of bright and well-ventilated wards gave the illusion of a pleasant haven for the sick.

Yet, even the untrained eye should not have failed to notice a dense overpopulation: each of the forty cots in my ward was occupied by two or three patients, bonded together by their bodily fluids,oozing either from infected wounds or raw orifices. Due to the chronic limitation of space, doctors and nurses had learned to disregard what they knew about transmission of disease under crowded conditions: death spread like fire in a dry pine forest.

However, everyone considered the situation acceptable simply through habit. The slightest change would have required the investment of energy and consideration; neither willingly spent for anyone but oneself. Therefore, nothing changed.

If I had an even more irascible temperament than I already possessed, I would have openly held hospital staff responsible for the deaths of countless patients who had lacked proper care and hygiene. But then, the ones who entrusted us with their health and well-being should share the guilt. It was common knowledge that the mortality of patients in hospitals was at least twice that of those who remained at home.

Sometimes I wondered how people could have possibly got the idea that medical doctors could help. Although circumstance occasionally permitted me to cure disease, this sunny Saturday held no such prospect.

The wire a nurse handed me complicated matters further:
To Dr Kronberg: Your assistance is required. Possible cholera case at Hampton Waterworks. Come at once. Inspector Gibson, Scotland Yard.

I was a bacteriologist and epidemiologist, the best to be found in England. This fact could be attributed mostly to the lack of scientists working within this very young field of research. In all of London, we were but three — the other two had been my students. For the occasional cholera fatality or for any other victim who seemed to have been felled by an angry army of germs, I was invariably summoned.