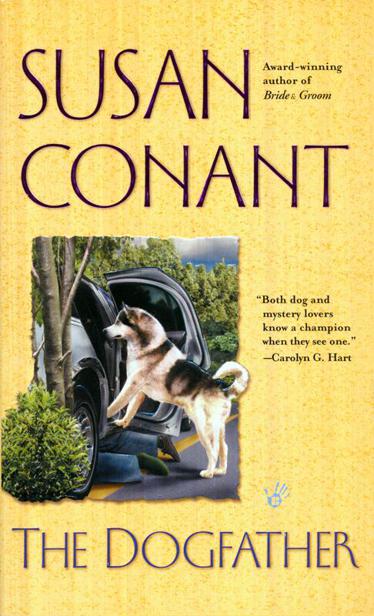 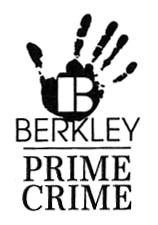 “Fun, fast-paced... an independent, witty protagonist... faced with the most eccentric and quirky of characters. Committed fans of Conant’s popular canine cozy series will be delighted.”    —Publishers Weekly

“Poignant... The relationship the heroine and her canines share is precious to behold... a delightful and humorous mystery that shows off the attributes of humans and canines that are rather similar in nature.” —Midwest Book Review

“Amiability and wit enough to entertain even dog dilettantes. For canophiles, a must.”    —Kirkus Reviews

“Dog lovers will lap this up.”    —Publishers Weekly

“Toss Ms. Conant a biscuit. If there’s a class called ‘dog mysteries,’ she’s got a best of breed.”    —Rendezvous

“An absolutely first-rate mystery... and a fascinating look at the world of dogs... I loved it!” —Diane Mott Davidson

A NEW LEASH ON DEATH

A BITE OF DEATH

GONE TO THE DOGS 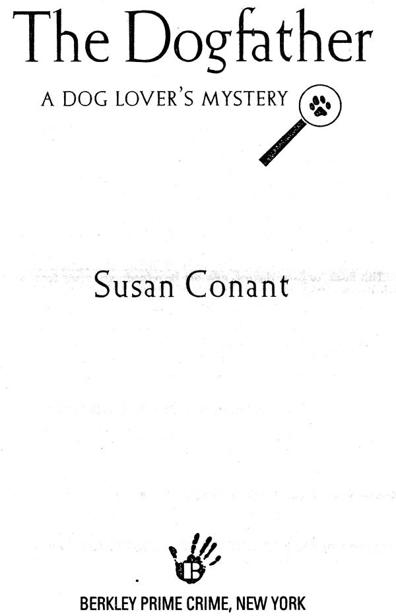 This book, or parts thereof, may not be reproduced in any form without permission. The scanning, uploading, and distribution of this book via the Internet or via any other means without the permission of the publisher is illegal and punishable by law. Please purchase only authorized electronic editions, and do not participate in or encourage electronic piracy of copyrighted materials. Your support of the author’s rights is appreciated. For information address: The Berkley Publishing Group, a division of Penguin Group (USA) Inc.,

For the appearance of Alaskan Malamute BISS International/AM CH Malko’s Wookie of Kunek, WPD, CGC, the fabulous Mr. Wookie, I am grateful to Mary Wood. In these pages, as in real life, Mr. Wookie is accompanied and owner-handled by Mary. I am also grateful to Cindy Neely for the reappearance in my stories of CH Jazzland’s Embraceable You, the beautiful Emma. My profuse congratulations to Mr. Wookie for his Best of Breed and to Emma for her Award of Merit at the 2001 Alaskan Malamute National Specialty. I also want to thank the malamute who keeps my fiction truthful, my own Rowdy, Frostfield Perfect Crime, CD, CGC, WPD, ThD.

Special thanks to the best daughter a mother has ever had, Jessica Park, for her generous, loving, and intelligent help with this book. Many thanks to Jean Berman, Thomas Davies, Roo Grubis, Amanda Kirk, Roseann Mandell, Geoff Stern, Anya Wittenborg, and Corinne Zipps, and to my marvelous editor, Natalee Rosenstein.

and his first dog, the angelic Samantha.

My affiliation with organized crime began a few years ago when I accidentally did a favor for a godfather named Enzio Guarini. Ignoring the serendipity of my assistance, Guarini decided that he owed me one. I disagreed, but wasn’t stupid enough to say so. I live in Cambridge, Massachusetts. I like it here. My house is modest, but enjoys the tremendous advantage of being above ground. A difference of opinion with Enzio Guarini might’ve meant an involuntary change of residence. I didn’t fancy downward mobility.

Speaking of fancy, that’s what Guarini and I had in common: the Dog Fancy, together with associated nuttiness on the subject of all dogs everywhere and outright lunacy when it came to our own. Our differences? Where to begin? With age, sex, and money. The elderly male Guarini presided over an empire of legitimate enterprises that included a pasta factory, a construction business, a trucking company, and a wholesale liquor distributorship. He was, however, reported to profit from criminal activities such as loan sharking, drug trafficking, gambling, prostitution, and money laundering. I, in contrast, am a mid-thirties female exclusively engaged in the ultralegitimate, if somewhat less than lucrative, fields of professional dog writing and dog training. My idea of money laundering is accidentally leaving a one-dollar bill in the pocket of my jeans when I throw them in the wash. For what it’s worth, I must add that Guarini was reputed to have killed so many people that even the FBI had lost count; he was universally regarded as a man of extreme violence. In contrast, the thousands of victims of my own murderous binges have consisted of insects that threatened the health and comfort of my dogs. If you ask people about me, what you’re going to hear is,
Holly Winter? Oh, she wouldn't hurt a flea.
Whether Guarini’s reputation and mine are deserved, you’ll have to judge for yourself.

One evening in mid-April, the dogs and I were harmlessly wending our way home from a walk to Harvard Square, home being the three-story barn-red house at the corner of Appleton and Concord, and the dogs being exemplary specimens of the breed of breeds, fire of the tundra, strength of strengths, light of the Polar night, and light of the life of Holly Winter, the justifiably legendary Wild Dog of the North, the noble and glorious Alaskan malamute.

You
did
ask whether I had any pets, didn’t you? Three, as it happens, a cat named Tracker and two dogs, Alaskan malamutes, Rowdy and Kimi, about whom I could go on, as I often have and certainly will and, moreover, would do so right now at tremendous length and in excruciating detail except that I’ve got a story to tell. To resume, we were unexpectedly interrupted in our harmless wending of our unobjectionable way homeward up Concord Avenue by the appearance of a somewhat old-fashioned black limousine that snuck up on us, slunk along beside us, and thus stalked us in what struck me as catlike fashion for a few yards before it crept ahead and came to an ominous halt at the curb. Its tinted windows gave it an aura of inscrutability, and the almost inaudible sound of its engine was the distinctive, growling purr of a cat who’s about to sink his teeth into the flesh at the base of your thumb. Whether Rowdy and Kimi shared my sense of feline threat I can’t say. When it came to cats, they were more threat than threatened, and in any case, they not only considered themselves the toughest guys on our block, but honestly were.

First Fruits by Penelope Evans
Midnight on Lime Street by Ruth Hamilton
Freaks Under Fire by Maree Anderson
Impact by Rob Boffard
The Lover's Game by J.C. Reed
Born in the USA by Marsden Wagner
The Firefighter's Match by Allie Pleiter
Northlight by Wheeler, Deborah
A Thief at the National Zoo by Ron Roy
Immortal Heat by Lanette Curington