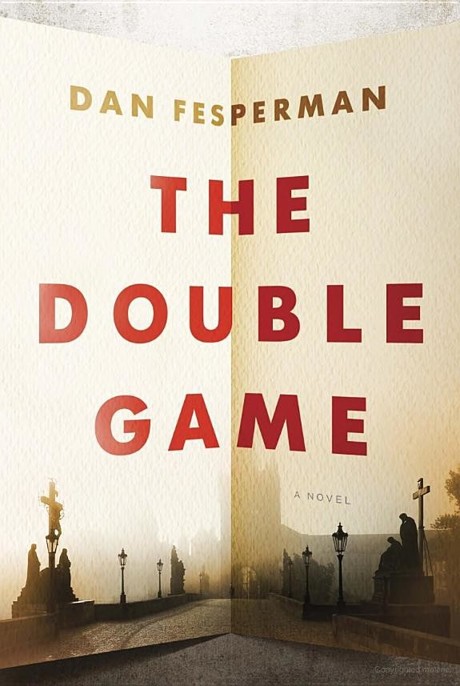 A thrillingly inventive novel about spies and their secrets, fathers and sons, lovers and fate, and duplicity and loyalty—a maze of intrigue built from the espionage classics of the Cold War.

A few years before the fall of the Berlin Wall, spook-turned-novelist Edwin Lemaster reveals to up-and-coming journalist Bill Cage that he”d once considered spying for the enemy. For Cage, a fan who grew up as a Foreign Service brat in the very cities where Lemaster set his plots, the story creates a brief but embarrassing sensation. More than two decades later, Cage, by then a lonely, disillusioned PR man, receives an anonymous note hinting that he should have dug deeper. Spiked with cryptic references to some of his and his father”s favorite old spy novels, the note is the first of many literary bread crumbs that soon lead him back to Vienna, Prague, and Budapest in search of the truth, even as the events of Lemaster”s past eerily—and dangerously—begin intersecting with those of his own. Why is beautiful Litzi Strauss back in his life after thirty years? How much of his father”s job involved the CIA? Did Bill, as a child, become a pawn? As the suspense steadily increases, a “long stalemate of secrecy” may finally be broken.

Dan Fesperman’s travels as a writer have taken him to thirty countries and three war zones.
Lie in the Dark
won the Crime Writers’ Association of Britain’s John Creasey Memorial Dagger Award for best first crime novel,
The Small Boat of Great Sorrows
won their Ian Fleming Steel Dagger Award for best thriller, and
The Prisoner of Guantánamo
won the Dashiell Hammett Award from the International Association of Crime Writers. He lives in Baltimore.

The Arms Maker of Berlin

The Prisoner of Guantánamo

The Small Boat of Great Sorrows

Lie in the Dark

This is an uncorrected ebook file. Please do not quote for publication until you check your copy against the finished book.

THIS IS A BORZOI BOOK

PUBLISHED BY ALFRED A. KNOPF

All rights reserved. Published in the United States by Alfred A. Knopf, a division of Random House, Inc., New York, and in Canada by Random House of Canada Limited, Toronto.

Also by This Author

I no longer believe what I read in books.

Unless, of course, the text states clearly that every word is made up, a product of the author’s imagination. I especially take notice when a novelist deploys that oft-used legal disclaimer, the one that says, “Any resemblance to actual persons, living or dead, events, or locales is entirely coincidental.”

Sure it is. That statement makes me perk up like a dog that has heard a distant whistle from a cruel and deceitful master. It means truth is about to appear in some elegant and artful disguise.

As for all those dusty “facts” piled in the vast, remaindered bin known as nonfiction, well, I’ve exhumed quite a few such items in this autumn of foraging and funerals, and so many have proven to be false that I’ve lost faith in their authenticity. Along the dim corridors of the secret world I’ve come to know best, only the so-called inventions of fiction have ever shed any light of revelation.

But with light come shadows, and therein lies the rub. Shadows hide danger. They conceal death, even love. They must often be avoided, but never ignored. I arrived at these conclusions only recently, although I now suspect that at some deeper level I’ve known their truth all along.

Let me tell you why …

The Great Man himself was waiting for me on the phone. I say that without irony. In those days Edwin Lemaster was my hero, accomplished and unblemished, the very sort of fellow I aspired to be but never became. Even my wife, April, sensed the call’s solemn importance, although she’d never liked his books.

“You mean like life?” I’d counter, little knowing we were touching on the dynamics of our coming failure.

Yet on that long-ago sunny morning she smiled in excitement and stretched the phone cord to its limit, as if it were a lifeline that might pull me to safety. I grabbed it.

It was June of 1984, Orwell’s year of reckoning. The Cold War, after a brief thaw, had safely returned to subzero, and the Berlin Wall remained rock solid. I was twenty-seven, a Washington journalist on the make, poised at roughly the halfway point of my life up to now. Opening my mouth to speak, I felt like a flustered fan who had finally reached the head of the autograph line.

“Bill, a pleasure. And call me Ed. My assistant Lenore forwarded your request. As you know, I don’t usually give interviews, but your letter was quite convincing.”

Of course it was. I’d spent hours on it, agonizing over every word. In my latter-day career as a PR flack, nothing I’ve written has ever matched its persuasive sincerity. Then again, I am no longer paid to be sincere.

“I’ll be coming down from Maine for the university lecture anyway,” Lemaster continued, “so why don’t we give it a try?”

I could barely draw breath to answer.

Why such excitement over a mere scribbler? I should explain. Not only was Lemaster the world’s premier espionage novelist, he’d also been a spy for sixteen years at the height of the Cold War, back when spying was a glamorous profession. “Our Le Carré,” the American critics called him, although to my mind Le Carré was “Their Lemaster.”

But for me the appeal went further, and was deeply personal. Having grown up as a Foreign Service brat, I had come of age in the very capitals where Lemaster set his plots, at the very moment in history when they were unfolding. In those days, to walk the night streets of Berlin, of Prague, of Vienna, of Budapest, was to imagine that mysterious and exciting events were occurring just around the corner. And sometimes they were.

My father, also a fan, first put a Lemaster novel in my hands when I was twelve, as an antidote to a gloomy Saturday in Prague in 1968. Within days I was pillaging his shelves for the equally timely glories of Le Carré, Deighton, and McCarry. Eventually I turned to earlier classics by Maugham, Buchan, Ambler, and Greene. I even read the 1903 Erskine Childers book that supposedly gave birth to the modern spy novel,
The Riddle of the Sands,
its pages haunted by the knowledge that the author had eventually been hanged as a spy. My father had them all, a painstakingly assembled collection of more than two hundred espionage first editions, most of them signed by the author.

Whenever we moved—and in the diplomatic corps that happened about every three years—the books were my back-door passage to our new home, with the characters as my escorts. At a moment in history when other American boys were memorizing batting averages and home run totals, I was steeping myself in the lore of fictional spies. They were my Mays, Mantle, and Maris, and I aspired to emulate them. To be a spy was to survive by your wits in a dangerous foreign landscape, to seek to know everything about others while revealing nothing of yourself—an arrested adolescence in which you merited your country’s highest trust even as you traded in its deepest duplicity.

And the writer I always returned to with the greatest anticipation was Lemaster, who seemed more willing than the rest to take me into his confidence. He declassified the world I lived in, elegantly parting the curtains in all their varying shades of gray. So perhaps now you can understand why his promise of an interview left me momentarily at a loss for words.

“Chancellor Stewart has kindly offered the use of his conference room. Shall we say four o’clock?”

“In the meantime, Lenore will send you an advance copy of my latest. See you next week.”

“Wouldn’t miss it for the world.”

Wouldn’t miss it for the world?
Had I actually said something so trite? I blushed as I hung up, and for the next hour I half expected Lenore to call back to cancel. Then, determined to make the most of the opportunity, I began finding out all I could about Lemaster’s life and times.

The basics were already known to me: He was divorced, childless, eldest son of a Wall Street lawyer. Groton ‘51. Yale ‘55. Then two years as a Rhodes Scholar at Oxford, where he became an incurable Anglophile before joining the CIA in 1957. Served throughout Europe. Began writing novels while still an Agency employee. Left the CIA in ’73, a month after his third book became a bestseller.

I figured there would be plenty more. But in those days before Google and YouTube it was far easier to maintain a low profile, and that’s what Lemaster had done. I checked the clip file at the
Post,
the Lexis-Nexis database of publications from around the world,
Who’s Who,
the
Reader’s Guide to Periodical Literature.
My search turned up loads of book reviews, but only a few profiles, and those were skeletal. Only
Time
magazine and London’s
Guardian
had interviewed him at length, and even their stories were mostly about his books and characters. When
Time
asked about his career in spying, Lemaster was charmingly dismissive.