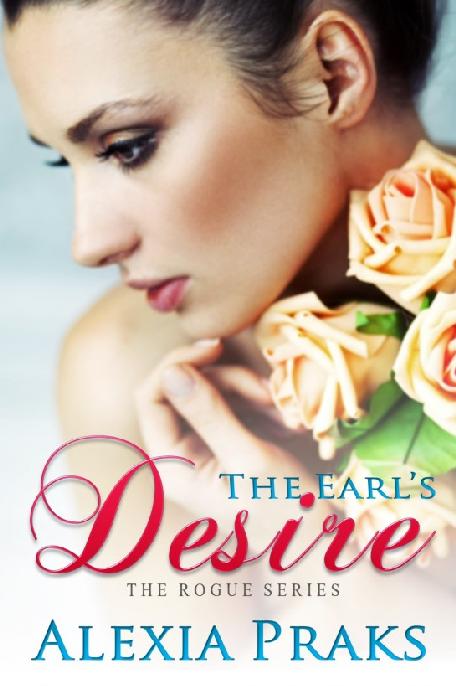 (The Rogue Series: Book One)

All rights reserved. This book was self-published by the author Alexia Praks under Prachan Press. No part of this book may be reproduced, scanned, or distributed in any printed or electronic form without agreement and written permission of the author. Please do not participate in or encourage piracy of copyrighted materials in violation of the author’s rights. Purchase only authorized editions.

The author can be reached at:
www.alexiapraks.com

The Rogue Series: Book One

Christine Smith tugged her torn coat over her tiny frame to protect herself against the bitter wind. It didn’t help, and she wondered how much longer she’d last before she collapsed just like some of the children working in the factory. It was only because she was older than most that she was able to endure these harsh conditions. She was considered an adult, after all, at this age of eighteen. Yet in this male outfit with her thick brown tresses securely bound and hidden under a cap, she could pass as a fourteen-year-old boy. Of course, that was the effect her grandparents wanted. They wanted her to be inconspicuous. They wanted her to blend into the background. They wanted her to live her life without trouble. But was her life really trouble-free? When they were always starving and cold? And especially when she was so stubborn and getting herself into different kinds of trouble?

From the distance, Christine watched the deformed shadows of men, women, and children stagger past, their bodies huddling together to keep the flurry of icy, sharp air at bay. Their chattering voices were almost incoherent in the howling wind, some cursing the foul weather, some moaning about the low state of their pay, and others groaning about the lack of food for their many starving children. They were exhausted after their long day of hard labor, as was she. The thought of sitting by the fireplace with her family, her feet up with a bowl of soup and a piece of bread for supper, was heavenly.

Christine jumped at the familiar order. Mr. Brad, the owner of the vase factory, was standing not too far away and was shouting at someone. Curious, she glanced behind her. When she saw no one there, she turned back to look at him in confusion.

“
Take that vase to the storeroom.”

That was when it sank in. He was barking orders at her. She glanced at the big vase sitting on a two-wheeled cart and then looked over at the departing workers. “But, sir—”

“
You ain’t getting paid to argue. You be careful with it. ’Tis expensive,” he warned, his callous voice echoing for half the town to hear and causing the workers, especially the children, to shudder with fear. Aye, they all knew that he wouldn’t hesitate to use his whip at the slightest disobedience. In fact, he enjoyed using his beloved weapon regardless because of the surge of power it brought him.

Christine glanced at the tall Wedgwood vase in the gloom and knew Mr. Brad had been to London again and would have bought that vase for one purpose only—to
copy
the design. He had done that many times before, providing his ignorant customers with cheaper versions of the beautifully designed vase and tableware and, of course, making huge profits in the process.

“
Get on with it,” the man snapped and whacked his thick, black cane on her behind.

Christine gritted her teeth—not at the intense pain that hateful cane had caused but at the way he was treating her.
The bastard
, she thought. One day she’d bash his face in. No one had the right to treat other people like that.

For a moment she stood her ground, refusing to do as she was told. It was, after all, the end of her shift, and everyone had already gone home.

“
What are you waiting for?” he queried, his face red. “You want another whipping?”

Oh God, how she wanted to really bash his face in. A dangerous desire that, she thought, especially in her lowly circumstance. She needed this job to keep her family from starving, after all. And the bastard knew that and had taken advantage of it.

She turned to the cart. Goodness, there was no way that cart was going to get through the narrow alleyway leading to the factory. She would somehow have to carry the damn, useless thing. Aye, it was a damn, useless thing, all right, for although it cost more than her life, it was still useless, just sitting there in someone’s home, looking awfully pretty for the eyes.

As she visualized the procedure of delivering that important package from this side of the narrow alleyway to the other, the snow-covered path seemed to stretch farther, her destination becoming dim and far beyond her reach. She swallowed and turned her attention to the urn. She bent her knees and with a heavy grunt, lifted it up. The thing weighed a ton, and it nearly crushed her to the ground, scrawny as she was. Gritting her teeth, she told herself that the sooner she finished this, the sooner she could go home.

She started to stumble forward. Her tattered boots were soaking wet from the snow, and her feet were frozen. If she could somehow manage to complete the task without putting a scratch on the urn, what with her shivering like a drowned kitten. If anything went wrong, she’d get the sack. That was something she couldn’t afford.

Her tired body ached everywhere, and the tiny pieces of oatcake deemed suitable for factory workers didn’t fill even her miniature stomach. Some of the children didn’t even get theirs today because they had run out.
Ran out, her backside!
Christine knew for certain that Mr. Brad’s wife, a fat woman with fiery red hair and too many freckles to count on her plump face, was scrimping expenses she deemed unnecessary again, and providing oatcakes for workers was deemed one of those expenses indeed.

As if she hadn’t suffered enough thus far, Christine slipped on a patch of icy concrete and tumbled over. Her backside hit the ground.

The vase shattered into a thousand tiny pieces.

She closed her eyes and cursed fluently. She wished with all her heart that it was a nightmare. But no nightmare would be as painful as what she was about to experience next. The noise, she was sure, would have reached Mr. Brad’s sharp ears.

On cue, Mr. Brad appeared. His eyes flared when he saw Christine sprawled on the ground with pieces of china everywhere. He marched toward her, his ears bright red with fury.

He growled, yanked her up, punched her face—
which she expected
—and hurled her against the sidewall—
she expected that one, too
.

She smacked into the brick barrier and toppled to the ground. Her cape tumbled from her head, releasing a mass of haphazardly cut, short brown curls. Oh, my dear Lord! She was sore.

“
You broke it!” he shouted, pointing a porky finger at her. “I’ve had enough of your silliness. D’you know how much that vase cost? I told you to be careful with it!”

Christine looked at Mr. Brad, tears in her eyes. Fear loomed close around her, suffocating her. She knew it was coming. The whipping and then—oh God! She was going to die for sure. Who was going to look after the family if she were to die now?

The thin, pale foreman appeared from the doorway of the factory.

“
With pleasure,” Todd said, an evil glint in his eyes.

“
I’ll teach you a lesson. I should never have hired the likes of you.” The obese man spat.

Christine managed to sit up. “Sir, please,” she began.

“
Why didn’t you think about what you were doing before you started?” Mr. Brad sneered. “Todd, where the hell’s the strap?”

Todd returned and tossed the strap to his boss. Laughter rumbled from within Mr. Brad’s throat. He moved to grab her arm, but Christine scurried to the corner of the wall.

“
You dare to disobey me order? You scum! Todd, help me here,” the man shouted as he tried to hold on to Christine, who began furiously kicking out at him.

Todd caught Christine’s arm and shoved her to the ground, facedown, and planted a boot on her back. Mr. Brad raised the strap and slashed it down, Todd removing his foot just in time. The swishing sound echoed in the hushed, dark night. The first strike whacked on the thin coat and sliced through skin. Blood seeped out and soaked the dirt-stained coat.

“
This’ll teach your stubborn spirit to obey when you’re supposed to.” Mr. Brad sneered and let the strap slash the small back again. The next strike was sharper, more forceful. Then the next, and the next, and more, and more—
swish—swish—swish!

Christine did not make a sound as tears rolled down her pale cheeks, tasting salty in her mouth. She closed her eyes at the sheer pain that burnt her skin like hot iron. This was it. She knew she was going to die, and she couldn’t do a damn thing about it.

Mr. Brad raised the whip once more in midair. As he was ready to swing it down, a smile formed on his red face for he felt power surging in his blood. The whip was an inch away from striking Christine’s back when he felt an iron hand crushing his wrist, stopping him in his tracks.

Pain
—a sort of sensation Mr. Brad had inflicted on others but had never experienced himself—shot through his arm with a powerful force that made him feel sick, and he wanted to cry. He twisted around, angry with whoever had the guts to interfere and, in the process, hurt him.

He came to face a shadow wall of overcoat. When he bent his head back and looked up, he could only make out the silhouette of a tall, well-built man. In the gloom, he didn’t see the murderous fury inside those eyes that were glaring down at him, nor did he notice the elegant, well-cut trousers and overcoat or the artfully arranged cravat on the stranger’s person. He did, however, feel terror charging along his spine, lost for a moment as he stared at the gigantic shadow before him. When he shook his senses free from the momentary fear this giant of a man had given him, he started to shove back, expecting the man to fall. The giant didn’t budge, however, and remained standing solid as a rock.

Angry because he couldn’t intimidate the stranger, Mr. Brad yelled, “What’s this?” and shoved him again.