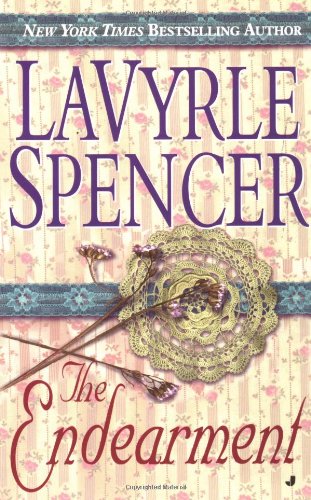 During the years immediately preceding
's declaration of statehood, while it was still considered the frontier, few women ventured into her depths, particularly not north of
. Frontier life made the woman pay too dearly for her place in the
North Country
. Although newspapers in the East carried tempting descriptions of all the
had to offer men, along with open invitations to settle there, no such invitation was extended to women. Instead, those newspapers ran articles discouraging women from that rough, untamed land. Thus, most men who came as pioneers to pluck a living out of the wilderness of the Minnesota Territory came, at first, womanless.

And so was necessitated the practice of sending for women, sight unseen.

And these were called "mail-order brides."

To my cherished friend,

Ellen Anderson Niznik, whose mama and papa, in the long ago,

held hands and walked over to the church steps to sit in the sunset ...

Anna Reardon had done the unforgivable. She had lied through her teeth to get Karl Lindstrom to marry her! She had intentionally deceived the man in order to get him to send her passage money to
as his mail-order bride. He was expecting her to be twenty-five years old, an able cook, an experienced housekeeper, a willing farm worker and ... a virgin.

Furthermore, he was expecting her to arrive alone.

The only thing Anna hadn't lied about was her looks. She had accurately described herself as whiskey-haired, Irish, about as tall as a mule's withers, on the thin side, with brown eyes, flat ears, a few freckles, passable features, all her teeth and no pox marks.

But the rest of Anna's letters were a passel of lies good enough to finagle the unsuspecting Lindstrom into sending her fare, enabling her to escape
Boston
.

Still, lie though she had, those fabrications had not come easy for Anna. They were dictated by a desperate, homeless girl, written by her youngling brother and had lain like a hair shirt upon Anna's conscience ever since. Indeed, every time she recounted her lies, she was punished by a dull pain in the pit of her stomach until now, only minutes away from meeting Karl Lindstrom, Anna had a stomachache the likes of which she'd never suffered before.

The pain had gotten worse and worse all through their long and tedious trip west, a trip that began a month ago after the ice floes had broken up on the
Great Lakes
. Anna and her brother, James, had traveled throughout June by train from
Boston
to
Albany
, then by canal boat to
Buffalo
. There they'd boarded a lake steamer bound for a mudhole called Chicago, a town that in 1854 consisted of not more than a plank road leading from the boat landing to a hotel. Beyond lay the wilderness country that Anna and James had crossed.

A teamster drove them to
Galena
in the
, this leg of the trip taking an entire week while mosquitoes, weather and the bumpy ox-cart trail joined forces in making everyone miserable. At
Galena
, they boarded a steamboat for
St. Paul
, where they transferred to an ox team that took them the few miles to
.

Alas, compared to
Boston
, the town was utterly disillusioning--not much more than a smattering of rough-hewn, unpainted buildings. It made Anna wonder what to expect at the outpost settlement of Long Prairie where she was to meet her future husband.

For more than a month now, she'd had nothing more to do than watch miles of earth and water slip by and worry about what Karl Lindstrom would do when he learned of her countless deceits. Her nerves shattered, Anna wondered why she'd ever thought she could get by with such a scheme in the first place.

One lie would be apparent immediately to James. Never had Anna told her future husband that she had a brother for whom she felt responsible. She had no idea what the man's reaction would be when presented with an adolescent brother-in-law along with his bride-to-be.

The second of Anna's lies was her age. Karl Lindstrom had stated in his advertisement that he wanted an experienced, mature woman, so Anna knew beyond a doubt that had she admitted she was only seventeen, Lindstrom would've known she was greener than spring corn! And so, instead, Anna had told him she was twenty-five, the same age as Lindstrom himself. Anna figured any woman of twenty-five would have the practical experience a man out here needed in a frontier wife. But Lord help her when he found out different!

For the first time in her life Anna Reardon wished she had some wrinkles in her skin, some crow's feet about the eyes, maybe some fat around her waist--anything to make her look a little older than seventeen! He'd take one look and know the truth. And what would he say then? Take your brother and pack yourselves straight back to
Boston
? With what? thought Anna.

What would they do if Lindstrom left them high and dry out here in the middle of nowhere? Anna had been forced once to earn passage money--she'd had to get James to
without Lindstrom knowing--and she shuddered now at the memory, the knot in her stomach growing sickeningly fierce. Not again, she thought. Never again!

She and her brother were completely at Lindstrom's mercy. It helped calm

Anna's roiling stomach to wonder if Lindstrom might've told a few lies of his own. She had no guarantee he'd been truthful with her. He'd told her all this stuff about his place and his plans for the future, but what bothered her was that he'd said so little about himself. Maybe because there wasn't much to tell!

He'd written endlessly about
Minnesota
,
,
! Apologizing for his lack of originality and his inadequate English, Karl had instead quoted newspapers, which were trying to entice immigrants and settlers to this untamed place.

is better than the plains. Here is a spot where one can live in rude but generous plenty. Here there are trees for fuel and building materials. Here, too, wild fruits grow in profusion, while game of all kinds range the forests and prairies; lakes and streams swarm with fishes. Noble forests, fertile prairies, hills and sky-tinted lakes and streams provide well their yields of necessity and beauty.

These descriptions, Karl wrote, had reached even as far as his native
Sweden
where a sudden explosion in the population had caused a land shortage.
, sounding so much like his beloved Skáne, had lured Karl with its invitation.

Thus, he crossed the ocean, and hoped his brothers and sisters might soon follow. But neither brother nor sister nor neighbor had come to alleviate his loneliness.

How idyllic it had sounded when James read to Anna all Karl said about
. But when it came to describing himself, Lindstrom was far less adept.

All he'd said was that he was Swedish, with blond hair, blue eyes, and that he was "pretty big." Of his face, he'd said, "I do not think it would make milk curdle."

Anna and James had both laughed when he read that, and agreed that Karl Lindstrom sounded like a man with a sense of humor. Riding now toward her first meeting with him, Anna fervently hoped he did, for he'd need it sooner than he knew!

In an effort to dispel her misgivings, Anna again began to wonder what Karl Lindstrom would be like. Would he be handsome? What would be the timbre of his voice? The bent of his disposition? What kind of husband would he be - considerate or unkind? Gentle or rough? Forgiving or intolerant?

This, above all, worried Anna, for what man would not be angry to learn that his wife was not a virgin? At the thought, Anna's cheeks burned and her stomach grew worse. Of all her lies, this was the greatest and least forgivable. It was the one she could most easily conceal from Karl Lindstrom until it was too late for him to do anything about it, but the one that made her break out in a cold, clammy sweat.

James Reardon had been made a willing accomplice in his sister's scheme. As a matter of fact, he was the first one who found Lindstrom's ad and showed it to Anna. But because Anna couldn't read or write, it had fallen to James to pen the letters to Lindstrom. At first it had been easy to write a glib description of the kind of woman they thought Lindstrom wanted. Yet as time went on, James realized they were becoming caught in a web of their own making. Repeatedly he had argued that they should at least let Lindstrom know he, James, was coming along. But Anna had won. She had insisted that if Lindstrom learned the truth, their hopes of escaping
Boston
would be lost.

Riding now atop the packing crates, barrels and sacks, James wore a deep furrow between his brows. Bouncing along the ill-kept government road, he worried about his fate should Lindstrom hold Anna to her promise to marry but be unwilling to accept James in the bargain. He frowned into the lowering sun, a worn hat pulled low over his eyes, a fringe of auburn hair showing above his ears, the lines of worry too deep for such a boyish face.

"Hey," Anna said, reaching out to lightly rap one of his knuckles, knuckles that seemed to outproportion the length of fingers, "it's gonna be all right."

But James only stared toward the west as before, his head resting against the side of the wagon, bumping there as the wheels thudded into each pothole. "Oh yeah? And what if he sends us packin'? What'll we do then?"

"And end up rotting in
Boston
!" Anna replied for the hundredth time.

"So, we end up rotting in
. What's the difference?"

But Anna hated it when they argued like this. She tweaked a bit of hair on his arm. "Aw, come on, you're just getting cold feet."

"And I suppose you aren't," James returned, refusing to be humored. He'd seen the way Anna'd been clutching her stomach over there. Her face crumpled a little, making him sorry he'd started arguing again.

"I'm just as scared as you," she finally admitted, all pretense of brightness now gone. "My stomach hurts so bad I feel like I could throw up."

There was absolutely no doubt whatsoever in the mind of Karl Lindstrom that Anna Reardon would be every bit as good as she sounded in her letters. He took her words at face value. He paced back and forth in front of Morisette's store, looking east for sign of the approaching supply wagon. He polished his boot tops on the backs of his calves yet another time. He removed his small-billed, black, woolen cap and thwacked it against his thigh, eyed the road, and settled the hat back on his fair hair. He tried whistling a little between his teeth, but became critical of the notes, and stopped. He cleared his throat and jammed his hands into his pockets and thought of her again.

He had taken to thinking of her as his "little whiskey-haired Anna." It did not matter that she'd said she was tall, nor that she said she had trouble controlling her hair. Karl pictured her as he remembered all the women from back home-- pink-cheeked, vigorous, with a becoming face framed in blonde, Swedish braids. Freckles, she'd said. Passable, she'd said. What did that mean--passable? He wanted her to be more than passable, he wanted her to be pretty!

Then, feeling guilty at placing too much value upon such a superficial thing, he took

up pacing again, telling himself, "So, what is in a face, Karl Lindstrom? It is what is inside that matters." In spite of himself, Karl still hoped that his Anna might be comely. But he realized beauty was much to expect when she would be able to help so much on the farm.