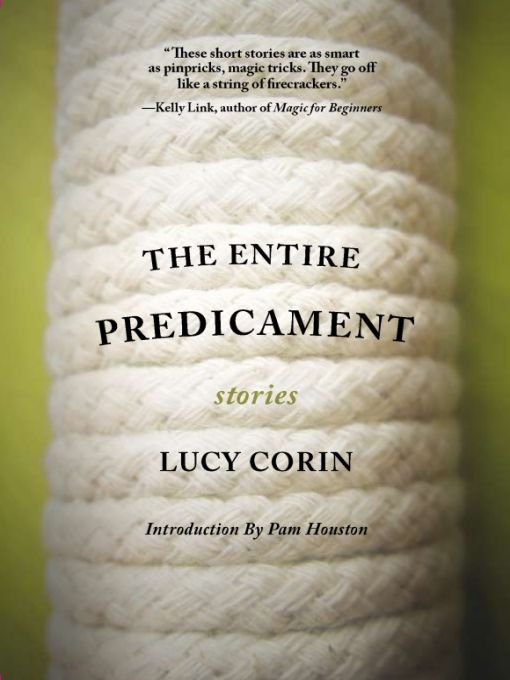 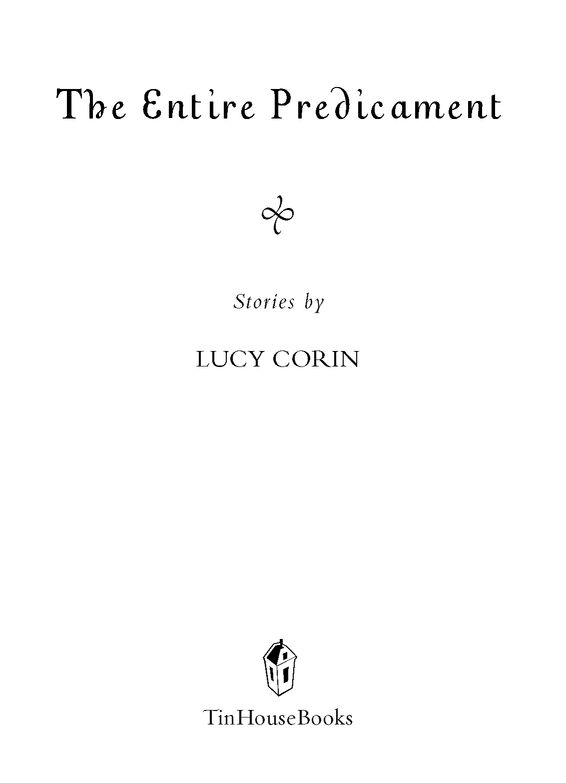 Lucy Corin is a fearless writer.
I came across her work for the first time while I was locked inside the stuffiest room on the University of California, Davis, campus, sitting in an uncomfortable chair, in front of four boxes filled with more than two hundred applications for a fiction position. And then all of a sudden I wasn’t there anymore: I was in a dentist’s chair; I was turning the soil in a garden; I was backed up against a Pottery Barn couch, making out with a girl with too much eyeliner.
In “My Favorite Dentist,” as in all of Corin’s fiction, it is not only the images that won’t let us go but also the words with which they are rendered, as if Corin has access to some Dr. Seuss-like
On Beyond Zebra
alphabet and is therefore capable of descriptors that are at once strange and strangely accurate, übervivid. Once readers have seen the world through Corin’s eyes, seeing straight will never seem like seeing straight again. We have become implicated in the process, brought to wonder with a mounting panic why we have never chosen a favorite
dentist or seen the world through the eyes of a baby in a body cast. Corin has the absurdist’s knack for reversing the figure and the ground, and her stories shake us up, but almost kindly. Neither relentless nor insistent, they are playful, creepy, earnest, hopeful, and terrifying. That’s their true brilliance: how many things these stories can be at once.
The Entire Predicament
is a dazzlingly successful experiment in first-person narration, an investigation of the apparent conflict between Corin’s love of the traditional (character-driven, forward-moving, action-centered dramas) and the experimental (language- and idea-centered works that challenge conventional modes of storytelling). The result is a book that locates the storytelling outside of the conflict, in a place of witnessing the world in its wild diversity and complexity and interacting with it via language. Corin uses the first person to create character, but she is also interested in how the first person can work as a conduit for what she calls, in “Mice,” “the shape of everything.” That is, her characters form the conceptual “white space” she creates, as defamiliarizing perspectives on the objective world, minutely rendered physiological reactions, and aphoristic pronouncements meet one another in a given monologue. As the housewife-narrator in the title story affirms (while floating upside down, suspended by ropes above her houseful of things), “There is simply no end to the suspense when one becomes one’s own psychic landscape.”
Corin’s fiction is interested in apocalypse, in how characters act “normally” in the most extreme situations and “extremely” with almost no provocation at all, until the notions of “normal” and “extreme” are not so much obliterated as given unlimited range. She takes ordinary spaces and makes us see
how strange they are, ordinary machines (again, she makes us wonder if there
are
any ordinary machines) and makes them seem diabolical.
In the story “Airplane,” for example, the narrator observes the severely constricted world of a plane’s interior in acute detail. She panics, and her panic becomes prescient, as if it causes the ensuing plane crash instead of the other way around.This reversal allows Corin to write toward what passes in her fiction as a “big” lyrical ending, and yet she wisely leaves the crash itself off the page. The approach is representative of Corin’s entire fictional project: the way she interweaves the conventional with the fabulist, refusing to spin off entirely into the unrecognizable (on the level of sentence and on the level of story) but completely avoiding the predictable. Instead, she deftly volleys between satisfaction and surprise.
The congenial strangeness of these stories is completely beguiling: their depiction of natural history as a kind of contraption, their commitment to the idea that absurdity is a serious thing. Though aspects of her work are reminiscent of a number of admired twentieth-century writers—Donald Barthelme, Patricia Eakins, Russell Edson, Amy Hempel, Robert Coover, Carson McCullers, and, sometimes, Gertrude Stein—Corin’s voice and vision are highly original. Even when it is floating in a world disjunct and bobbing, inclusive of war and giraffes, her signature voice has a declaration of independence about it. The collection ends with an affirmation of the drive behind the first person: “I know that if I continue to speak, some recognition of difficulty will materialize, as if difficulty is produced from the interaction of my voice with the air it encounters.”
Corin’s writing is daring, original, stylistically and psychically courageous, and worthy of critical attention. There were some terrific writers in that stack of applications, but once we had read it, the members of the hiring committee could not get “My Favorite Dentist” out of our heads. This fiction is up to something wonderful and very serious. I envy your discovering it here, for the very first time.
—PAM HOUSTON
First Person

This is my day in the sun and I’ve got my arms in the air, my head tipped back like the hinged lid of a lighter. Contrary to popular belief, I am not alone. Everyone’s listening. All I see is the bulging gas above me and I’m shooting my mind at it. I’m as close to God as I’ll ever be. The people are tiny. They’re buckshot around my ankles. I could kneel and run my fingers through them.
Airplane

I get into my seat pretty early and look at my book here and there, but mostly feel edgy to see if I’ll luck out and keep my elbow room, the plane filling up and my heart beating in its cozy pocket with the suspense as seats fill but not next to me yet. A man hunches in the aisle, leaning his forehead on his fists on the overhead compartment, paunchy and affable. His kids are up there and he’s back here. I express my sorrow. Blowers blow in my face and when I reach to twist the little doohickeys the guy straightens up but that’s all and I surmise he’s supposed to cross me and sit but he doesn’t, shrugging a lot and not situating his stuff. A young guy, at this point, with a compact build like a wrestler (regular wrestler, not costume wrestler) comes over, with his shirt tucked in and a baseball cap. He takes off his cap as if this is a done deal and announces that he’s here to swap seats.
“My hero!” says the man, which makes me look at him sarcastically, squinty, like
you’ve got to be kidding
, because it’s, shall we say,
odd
to hear a big guy call a younger guy a hero when
it’s not like it’s a child on local news who told his mother about his brother flailing in the pool and this is the reporter explaining about small packages, and it’s not like this affable man is a princess in a tower with a cone on his head. He looks at me in a way that is distinctly pissed off.
Let me see if I can think of when that look occurs that he gave me: we are at a dinner party and I am his wife and maybe a week before the party we had a fight but I figure it’s in the past, or I’m hoping it’s in the past but I’m not sure, so I say something in context like, “Hal
loves
baking pans,” (supposing his name is Hal), which is also a reference to the fight but no one in the room would know that, or if they did know it was about the fight it would just be me affirming our togetherness anyway because everyone has fights, it’s a sign of a healthy relationship, so when I make the carefully innocuous remark it’s sort of me giving him the chance to publicly get over it without making an announcement, and this elicits the look from him that I’m talking about right now with the plane.