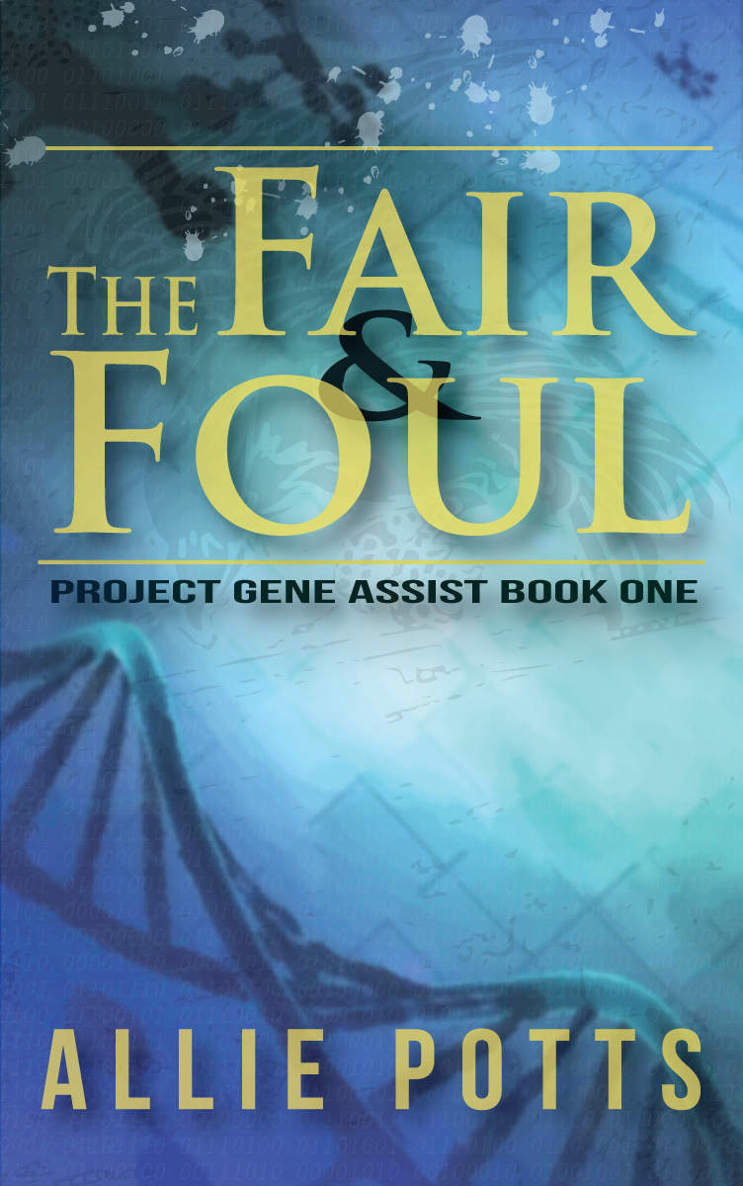 All rights reserved. This book or any portion thereof may not be reproduced or used in any manner whatsoever without the express written permission of the publisher except for the use of brief quotations in a book review or scholarly journal.

This book is a work of fiction. Any similarity between the characters and situations within its pages and places or persons, living or dead, is unintentional and coincidental.

Special discounts are available on quantity purchases by corporations, associations, educators, and others. For details, contact the publisher.

For cheering me on no matter how far the distance, steep the hill or bad the weather.

We crossed this finish line together.

A winged shadow passing overhead was Juliane's only warning before the pavement near her toe erupted in white splatter.
Nature is so disgusting,
she thought, pulling her legs closer. By the time the gray hatchback pulled up in front of the school, the concrete no longer radiated heat. Clutching a book to her chest, she nodded to Dr. Henderson signaling he was free to enjoy the rest of his evening as she gathered the rest of her belongings and made her way to the car.

Juliane spotted the frayed suitcase in the backseat before she opened the passenger door. She was ready then for the appearance of the car's driver. Mascara streaked down her mother’s face like war paint. Juliane had seen the same look so many times it had lost its effectiveness. The car reeked of ice cream and cigarettes.

“Jimmy kicked us out?” Juliane asked as she pulled the door closed.

“No, I left him,” her mother replied, her voice calm as she attempted to wipe away makeup with the back of her hand. Her mother used tears as a weapon, only deploying them where they could cause maximum damage.

Juliane glanced again at the luggage. “Where is my stuff?”

“Daphne agreed to take you in, at least temporarily. She still has a few of her daughter’s things lying around that you can use,” her mother advised. “It should only be for a few nights. I’ll get a job in Tucson, and then, I'll be back for you as soon as I find us a new place to stay. We can get all new things.”

“So we’re starting over? Again?” Juliane tried to recall who Daphne was and failed. Her mother was fast at making friends but not as great keeping them.

“That’s right, Jules. You know, this isn't exactly easy for me either.”

Juliane frowned as she looked back toward the school. She likely wouldn’t have the opportunity to see it again and it had been one of the nicer schools she attended. The book, a copy of Dr. Seuss’s
Oh, the Places You’ll Go!
, dug into her ribs as she held it close. The motion must have caught her mother’s eye.

“Aren’t you a little old for that?” her mother asked.

“It was a gift,” answered Juliane.

Her mother’s lips tightened into a fine line. “Oh. I see. It’s a good thing you won’t be going to that school anymore. That man was much too interested in you.”

Gross
, thought Juliane. If her mother spent half as much energy at her various jobs as she spent seeking out scandal, they likely wouldn’t be in this situation once again.

“It was a gift for winning the science fair.”

“Today’s.” The resulting silence became too much for Juliane as they passed under the final traffic light before they reached Daphne’s trailer park complex. “Everyone had someone in the audience except me,” Juliane finally announced, the words sounding more bitter than she intended.

“I didn’t know you were doing that. You should have told me.”

“I did. You didn’t listen to me.” Juliane glared at her mother. “Troy would have listened. Troy would have been there.” Her mother had gone through boyfriends like other people went through gallons of milk, chucking each relationship based on an imaginary expiration date rather than waiting around for the natural sour.

“We’ve been through this a hundred times. Troy was not the guy you think he was. We might not have much, but we are better off without him.”

“My mom was right,” Juliane’s mother muttered to herself, breaking the silence. As they pulled into the parking spot in front of Daphne’s trailer, her mother turned to her and said, “You think you’re so much better than me. Well, I’ve got news for you, Jules. You aren’t half as special as you think you are." Her mother's voice thickened. "Life doesn't work out that way, especially not for girls like us. Just wait. One day you'll have this same conversation with your daughter, and then, you might understand.”

“Oh, that’s right. I forgot. You’re a genius and know better than I do. Well, I guess you can use that super brain of yours to figure out a way to make the best of this situation. Now, go knock on the door. I have several hours of driving still to do.”

A woman who appeared to be in her late fifties or early sixties opened the trailer home’s door.
This must be
Daphne
, assumed Juliane.

“You are a saint,” Juliane’s mother shouted through the rolled down car window as the engine idled.

Daphne ushered her into a small room in the back of the trailer. “I know it’s not a huge space, but it will only be for a few weeks.” The trailer shook as Juliane's mother drove away.

Juliane scanned the room. A pink suitcase decorated with stickers featuring cartoon characters from shows Juliane never watched sat in the corner beside a pair of moving boxes covered in dust from long term storage. Even with so little, the room felt cramped.

“I know. It
doesn’t look like much, but there is a new toothbrush in the bathroom for you,” offered Daphne. “Your mom will be back before you know it.”

Juliane looked at her latest guardian’s earnest expression and tried to force her lips into a smile.

Three months later, a different dark car was parked outside the trailer. “I’m sorry, Juliane. My mom has a large heart, just not a strong one. Or had,” explained Daphne’s daughter as the social worker opened the sedan door. "I have kids of my own..."

“No, really. It is okay,” said Juliane, clutching the worn pink suitcase.

“Can you help me with her other things?” Daphne's daughter asked the social worker.

“I don't have any other things,” Juliane announced, stopping the man.

“Are you sure?” the man asked.

“I’m good at starting over,” she replied as she raised a finger to tap her temple. “Besides, I’ve got all I need right here.

It was a pattern that continued for the next several years. Juliane was passed off from one temporary home to another, working odd jobs until she was able to afford her first computer.

While her classmates had worried over things like who was going with whom to the prom, Juliane obsessed over what university would best match her aspirations. It was her way out, and she could not afford to make a mistake. What began as a simple computer program written to help compare her options gradually became a complex algorithm that caught the attention of more than one college recruitment office and more than a few private enterprises. It hadn't taken Juliane long to realize that she didn't need an algorithm to determine her path to success. Algorithms were her path to success.

Juliane gingerly touched Dr. Henderson’s inscription on the worn children’s book. Its binding had long since faded to illegibility, and the cover was likely to fall off altogether if she jostled it too much. Even with all her care, a yellowed newspaper clipping managed to escape from the pages.

She knelt to retrieve Dr. Henderson's obituary. He left the school system shortly after she did, hoping to achieve publication, but he had succumbed to a rare blood disease only a few years later. Juliane understood his original motivation for leaving. Why should he limit himself to teaching a small population of students when he could improve the lives of so many? She smoothed out a crease as she reinserted the clipping into the book's pages. The world lost an amazing teacher. It was too tragic to be tolerated. Dr. Henderson had recognized her potential before anyone else. His legacy would be her legacy.

Juliane sighed as she closed the book and placed it back between a volume on theoretical computer science, which was her graduate focus, and one of several texts with a psychological focus, which had been her postgraduate work. She glanced at her watch. A message flashed, reminding her that her presentation was scheduled to begin in fifteen minutes.

If she arrived too early, she risked appearing unnecessary. But if she waited too long, Alan as acting team leader could start without her, sending the same message to the audience.

Her eyes slid to the right of the bookcase. Off to the side, hidden from casual view, was a small framed photo of a pair of Bullmastiffs laying in the sun. It was the only photograph on display in the entire room. She closed her eyes, blocking the image. Silencing one sense only served to enhance another. Her heartbeat began to race in anticipation. Juliane inhaled deeply, filling her lungs to their capacity. She savored the air's pressure as she counted to ten before releasing the breath. Repeating the cycle, she felt her heart calm.
Get it together. It's not like this is your first time,
she thought.

She did not need to see the minutes change on her watch to know that it was time to make her move. The only other personalization in the room was a small bronze paperweight shaped like a chameleon, which sat atop a filing cabinet near the door. Daphne had given it to her after it became clear that Juliane's mother was never coming back. It was the only thing Juliane kept after her brief guardian's heart attack. Juliane reached over and rubbed its forehead as if the physical activity would simultaneously crush the butterflies in her stomach. Summoning as much swagger as she could muster, she pulled down the door's handle. Anyone watching her as she made her way down the hall would think she was the embodiment of cool confidence.

Her destination was in sight as a young woman with brown hair pulled back into a ponytail sprinted across the courtyard, cutting her off. The woman’s toe caught on an uneven paving stone, sending her tumbling to the ground. The woman’s face turned crimson as she attempted to collect a stack of papers which had littered the ground during the fall.

“Are you okay?” asked Juliane. She could feel seconds pass waiting for the woman to answer.