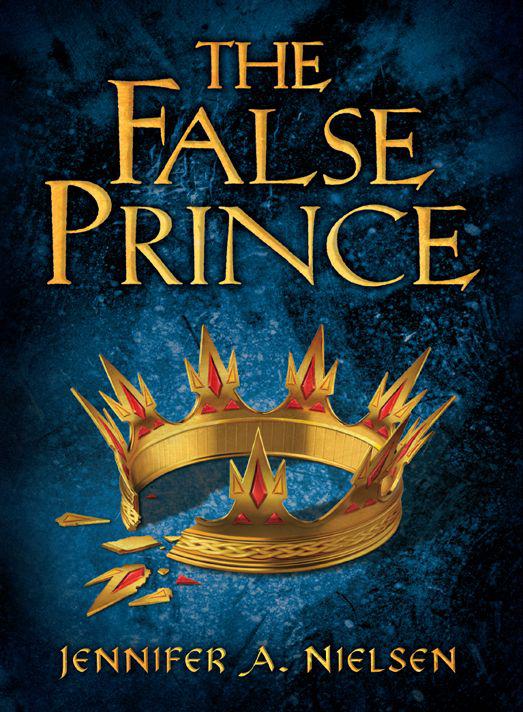 I
f I had to do it all over again, I would not have chosen this life. Then again, I’m not sure I ever had a choice.

These were my thoughts as I raced away from the market, with a stolen roast tucked under my arm.

I’d never attempted roast thievery before, and I was already regretting it. It happens to be very difficult to hold a chunk of raw meat while running. More slippery than I’d anticipated. If the butcher didn’t catch me with his cleaver first, and literally cut off my future plans, I vowed to remember to get the meat wrapped next time. Then steal it.

He was only a few paces behind now, chasing me at a better speed than I’d have expected for a man of his girth. He yelled very loudly in his native language, one I didn’t recognize. He was originally from one of the far western countries. Undoubtedly a country where killing a meat thief was allowed.

It was this sort of thought that encouraged me to run faster. I rounded a corner just as the cleaver suddenly cut into a wood post behind me. Even though he was aiming for me, I couldn’t help but admire his throwing accuracy. If I hadn’t turned when I did, the cleaver would’ve found its target.

But I was only a block from Mrs. Turbeldy’s Orphanage for Disadvantaged Boys. I knew how to disappear there.

And I might have made it, if not for the bald man sitting outside the tavern, who stretched out his foot in time to trip me. Luckily, I managed to keep hold of the roast, although it did no favors to my right shoulder as I fell onto the hard dirt road.

The butcher leaned over me and laughed. “’Bout time you get what’s comin’ to you, filthy beggar.”

As a point of fact, I hadn’t begged for anything. It was beneath me.

His laughter was quickly followed up with a kick to my back that chased my breath away. I curled into a ball, prepared for a beating I wasn’t sure I’d live to regret. The butcher landed a second kick and had reared back for a third, when another man shouted, “Stop!”

The butcher turned. “You stay out of this. He stole a roast.”

“An entire roast? Really? And what is the cost?”

My well-trained ears heard the sound of coins in a bag, then the man said, “I’ll pay you fifty garlins if you turn that boy over to me now.”

“Fifty? One moment.” The butcher gave me a final kick in the side, then leaned low toward me. “If you ever come into my shop again, I’ll cut you up and sell you as meat at the market. Got it?”

The message was straightforward. I nodded.

The man paid the butcher, who stomped away. I wanted to look up at whoever had saved me further beating, but I was hunched in the only position that didn’t send me gasping in pain, and I was in no hurry to change that.

The pity I felt for myself wasn’t shared by the man with the coins. He grabbed my shirt and yanked me to my feet.

Our eyes locked as he lifted me. His were dark brown and more tightly focused than I’d ever seen before. He smiled slightly as he studied me, his thin mouth barely visible behind a neatly trimmed brown beard. He looked to be somewhere in his forties and dressed in the fine clothes of the upper class, but based on the way he’d lifted me, he was much stronger than I expected of a nobleman.

“I’ll have a word with you, boy,” he said. “You’ll walk with me to the orphanage or I’ll have you carried there.”

The entire right side of my body throbbed, but the left side was okay, so I favored it as I started to walk.

“Stand up straight,” the man ordered.

I ignored him. He was probably some rich country gentleman who wanted to purchase an indentured servant for his lands. Although I was eager to leave behind the tough streets of Carchar, servitude wasn’t in my future plans, which meant I could walk as crookedly as I wanted. Besides, my right leg really hurt.

Mrs. Turbeldy’s Orphanage for Disadvantaged Boys was the only place for orphaned boys in the northern end of Carthya. Nineteen of us lived there, ranging in age from three to fifteen. I was almost fifteen, and any day now, Mrs. Turbeldy would send me away. But I didn’t want to leave yet, and certainly not as this stranger’s servant boy.

Mrs. Turbeldy was waiting in her office when I walked in, with the man close behind me. She was too fat to credibly claim she starved along with the rest of us, but strong enough to beat anyone who complained about that fact. In recent months, she and I had settled into a routine of barely tolerating each other. Mrs. Turbeldy must have seen what happened outside, because she shook her head and said, “A roast? What were you thinking?”

“That we had a lot of hungry boys,” I said. “You can’t feed us bean bread every day and not have a revolt.”

“You’ll give me that roast, then,” she said, holding out her plump hands.

Business first. I clutched the roast more tightly to myself and nodded at the man. “Who’s he?”

The man stepped forward. “My name is Bevin Conner. Tell me yours.”

I stared at him without answering, which earned me a whack on the back of the head from Mrs. Turbeldy’s broom. “His name is Sage,” she told Conner. “And as I told you before, you’d be better off with a rabid badger than this one.”

Conner raised an eyebrow and stared at me as if that amused him, which was annoying because I had no interest in providing him with any entertainment. So I tossed my hair out of my eyes and said, “She’s right. So can I go now?”

Conner frowned and shook his head. The moment of amusement had passed. “What can you do, boy?”

“If you bothered to ask my name, you might use it.”

He continued as if he hadn’t heard me. Also annoying. “What’s your training?”

“He don’t have any,” Mrs. Turbeldy said. “None a gentleman like yourself would need, anyhow.”

“What did your father do?” Conner asked me.

“He was best as a musician, but still a terrible one,” I said. “If he made a single coin from playing, my family never saw it.”

“He was probably a drunk.” Mrs. Turbeldy rapped my ear with her knuckles. “So this one’s made his way through theft and lies.”

“What sort of lies?”

I wasn’t sure if the question was directed to me or Mrs. Turbeldy. But he was looking at Mrs. Turbeldy, so I let her speak.

She took Conner by the arm and pulled him into a corner, which was an entirely useless gesture because not only was I standing right there and perfectly able to hear every word, but the story was also about me, so it was hardly a secret. Conner obliged her, though I noticed he faced himself toward me as she spoke.

“First time the boy came in here, he had a shiny silver coin in his hand. Said he was a runaway, the son of a dead duke from somewhere in Avenia, only he didn’t want to be a duke. So if I took him in and gave him preferential care and a place to hide, he’d pay me a coin a week. Kept it up for two weeks, all the time laughin’ it up on extra servings at dinner and with extra blankets on his bed.”

Conner glanced at me, and I rolled my eyes. He’d be less impressed when she finished the story.

“Then one night, he took with a fever. Got all delirious late in the night, hitting at everyone and yelling and such. I was there when he confessed it all. He’s no son of anyone important. The coins belonged to a duke all right, but he’d stolen them to trick me into caring for him. I dumped his body into the cellar to get better or not, I didn’t care. Next time I checked on him, he’d got over the fever on his own and was a good deal more humble.”

Conner looked at me again. “He doesn’t look so humble now.”

“So why’d you let him stay?” Conner asked Mrs. Turbeldy.

Mrs. Turbeldy hesitated. She didn’t want to tell him it was because I picked up goodies for her now and then, ribbon for her hats or chocolates from the cake shop. Because of that, Mrs. Turbeldy didn’t hate me nearly as much as she pretended to. Or maybe she did. I stole from her too.

Conner walked back to me. “A thief and a liar, eh? Can you manage a sword?”

“Sure, if my opponent doesn’t have one.”

I stared up at him through the parts of my hair. “What are you wanting me for, Conner?”

“You’ll address me as Sir or Master Conner.”

“What are you wanting me for, Sir Master Conner?”

“That’s a conversation for another time. Gather your things. I’ll wait for you here.”

I shook my head. “Sorry, but when I leave the comfort of Mrs. Turbeldy’s fine establishment, I go on my own.”

“You’re going with him,” Mrs. Turbeldy said. “You’ve been bought and paid for by Master Conner, and I can’t wait to be rid of you.”

“You’ll earn your freedom by doing whatever I ask of you and doing it well,” Conner added. “Or serve me poorly and serve me for life.”

“I wouldn’t serve anyone for an hour until freedom,” I said. Conner took a step toward me, hands out. I threw the roast I’d been holding at him and he flinched to avoid it. Using that moment, I pushed past Mrs. Turbeldy and darted into the street. It would’ve been helpful to know that he’d left a couple of vigils at the door. One grabbed my arms while the other clubbed me over the head from behind. I barely had time to curse their mothers’ graves before I crumpled to the ground.

consumed by Sandra Sookoo
The Smugglers' Mine by Chris Mould
Watch for the Dead (Relatively Dead Book 4) by Sheila Connolly
Salvation in Death by J. D. Robb
Mates; True and Eternal by Amy Thomas
Little Red Gem by D L Richardson
Masks by Laurie Halse Anderson
In the Blink of an Eye by Michael Waltrip
Diva Wraps It Up, The by Davis, Krista
Package Deal by Vale, Kate