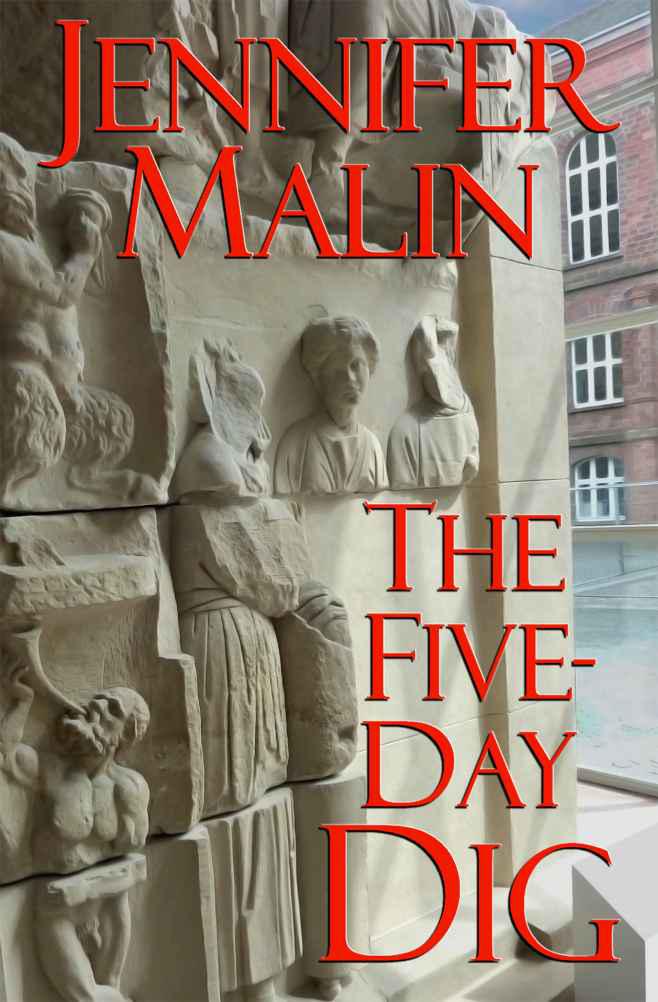 Copyright © 2011 Jennifer Zorger
First edition: November 2011, Jennifer Malin Books, www.jenmalin.com
All rights reserved. This work may not be copied, redistributed or stored in a digital database, with the exception of short quotes and passages for the purpose of review or analysis.
All characters appearing in this work are fictitious. Any resemblance to real persons, living or dead, is coincidental. Organizations, places and events in this book are either fictitious or used fictitiously.

“Now, the part of their account that deals with the divine, and to which I listened, I am not anxious to set forth ... for I think that all men know equally about the gods.”

W
INNIE
P
RICE’S GAZE
strayed from the market-share chart on the overhead screen to the time reading on her laptop.
Three-forty-six,
and she had a pile of final papers to grade by tomorrow at noon.

“So, you see,” the dean said from behind the lectern, “
Growden
is facing a bigger challenge than ever before to develop donors and grants. Our local rival,
Cartledge
University, is beating us at this game.”

She smothered a grin. The kid was a little too cocky, but the classicist in her couldn’t resist a Latin pun. His words played on the phrase that Cato the Elder had used to end all of his speeches:
Carthago delenda
est
or “
Carthage
must be destroyed.”

The dean slid his laser pointer into his breast pocket. “Are there any other announcements before we adjourn our last faculty meeting of the semester?”

Winnie shut her laptop, ready to stash it away and run.

“I have one.” On her right, Dr. Will Farber, her department chair, stood up, blocking her view with the bulk of his tweed blazer. “I haven’t had time to discuss this with my people yet, but a couple of us in Classical Studies have been invited to present at one of the most prestigious conferences in the field of Mediterranean archaeology.”

Winnie looked up at him in surprise, wondering which conference he meant and whether she’d be asked to go. A change of pace would do her good, but she hoped she wouldn’t have to present. Teaching a small group of students didn’t intimidate her, but speaking to large crowds of academics made her edgy.

The dean gave her boss a nod of approval. “Excellent. We need to network all we can in this economic climate. Tell us about the opportunity and how it came about.”

“It seems the conference organizers read Dr. Price’s new book and were impressed.” He glanced at Winnie, his face crinkling with a smile she rarely got from him.

A little laugh of disbelief slipped out of her. First, the new book had received a dream of a review in
The New York Times
.
Now this.
Her other book had gone virtually unnoticed by anyone but family and friends.

Will
glanced
around the room. “Winifred and I will both be presenting at the
Conferenza Archaeologica di Campania
outside of
Naples
in
Italy
, next month.”

Italy
?
The smile on her lips tensed. Her late father had adored
Italy
– and she had, too, before he died there.

“A valuable side benefit of publishing,” the dean said. “Good job, Dr. Price.”

She forced a gulp down her throat. “Thank you.”

A smattering of applause echoed around her, but her mind slipped back to that summer in
Italy
with her family. It had happened on a Sunday. The weather had started out gorgeous – azure skies with big white cumulus clouds – but in the afternoon a nasty storm moved in over the Tyrrhenian Sea. Dad had gone sailing, as he’d done several other days. Mom worried about him being on the water alone. Winnie reminded
her what
a good swimmer he was. At fourteen, she’d still thought of him as infallible.

Three days later the
guardia
costiera
recovered the boat but not his body.

Twenty years had gone by since then. She had learned to live without her father, but she’d never quite had the will to go back to
Italy
.

Distracted by the memories, she hadn’t noticed her colleagues putting away their things. When they got up to leave, the motion around her triggered her back to the present. She stuffed her computer in its case and stood up, cradling it in her arms.

“Well done, Winnie,” Chaz said beside her in his clipped British accent. As they filed into the aisle, he swept a lock of pin-straight, black hair out of his clear brown eyes. “I wish I were going.”

“You’ll accompany us, Charles,” Will
droned
to him over the top of her head. “We’ll need an assistant with us, and your youth and energy will be a plus in making new connections.”

Chaz stopped in his tracks, almost causing Winnie to walk into him. “You’re joking. A trip to
Italy
is mega! And it will move along research for my dissertation. Cheers, Dr. Farber!”

Once upon a time, she would have been that excited. Her hesitation now made her feel old. What was wrong with her? So much time had passed. The conference would be fascinating. She wouldn’t have to go to the same places her family had visited, if she could even remember them. Most of that summer was a blur.

They funneled out of the room into the hallway, and her two colleagues fell into step with her. “Are you quite all right, Winnie?” Chaz asked. “You look unwell.”

“I’ll be fine. It’s just that ...” Her throat tightened. She hated showing vulnerability at work, especially since the chairman always expected his staff to be “on,” but she doubted she could keep her feelings to herself for the entire trip. She took a deep breath. “My father died in
Italy
. I haven’t been back since the family vacation when we lost him. I was fourteen.”

“I had forgotten how your father died,” her boss said without emotion. “You haven’t been to
Italy
since then? How does one become a classicist while avoiding
Rome
?”

A stab of annoyance at his insensitivity helped her push her grief into the background. “Well, I did a semester in
Greece
.” The words came out sounding defensive, and that irritated her even more.

The teaching assistant gave the chairman a wry look. “Fortunately, classical works can sometimes be found outside of
Italy
and
Greece
, as well.”

Farber laughed, apparently not taking the jab personally. Chaz had a knack for being blunt in a light way that didn’t offend people, and she envied him for it. She shot him a grateful look for coming to her defense, and he gave her a gentle smile that calmed her down. Amazing how far a little empathy could go.

At the door to his office, their boss paused. “I’ll have my assistant send both of you the conference details this afternoon. She’ll make the travel arrangements for us.”

Chaz offered him his hand. “Thank you for the opportunity, Dr. Farber.”

“I know you’ll represent
Growden
University
productively.” He shook hands, then went
into
his office and shut the door.

Frowning, Chaz turned to her. He obviously felt he had to say something about her father.

She didn’t want to talk about it. Breaking away from his gaze, she continued on her way toward her office.

He kept pace with her. “Dr. Farber really should have asked if you were happy to go.”

“It doesn’t matter. If the organizers requested me, of course I’m expected to go. It’s a great opportunity for the university.”

She hugged her computer to her chest. “I always meant to go back when the right moment came. Now we’re invited to a world-class conference. The time is right.”

As they reached her door, she made herself look at him.

He focused his gaze squarely on her. “I imagine your father wouldn’t have wanted you to avoid
Italy
.”

“No, he wouldn’t have.” Looking down, she fumbled for her key in the pocket of the computer bag. “Daddy loved
Italy
. He was an archaeologist, specializing in Mediterranean civilizations. He would have jumped at the chance to attend this conference.”

“So, one might look at it as an opportunity to honor his memory.”

“Yes. Good point.” It was a nice idea, if she could keep it in mind. She took out the key and unlocked her door. “That could make it a positive experience – in addition to the lectures, which are sure to be excellent.”

The thought reminded her that she’d be presenting. Funny how that prospect didn’t seem to matter as much now. “I hope my book presentation lives up to the rest.”

As she entered her office, he started walking away but glanced over his shoulder at her. “And if you need support of any kind, I have your back.”

A nervous laugh broke from her throat. She hoped she wouldn’t need more support than she wanted to accept. “Thank you.”

“My duty and my privilege as your devoted TA.”
He bowed and left.

Ducking into the office, she shut the door and plopped down at her desk. Her limbs felt shaky, and her eyes stung. She pulled a compact out of a drawer and flipped it open to look in the mirror. As she had suspected, pink capillaries crazed the whites of her eyes, making the green of her irises stand out oddly. Against her ashen face, her auburn hair looked darker than normal, too. She got the weird sense that she was looking at a stranger.

She snapped the compact shut and put it away.