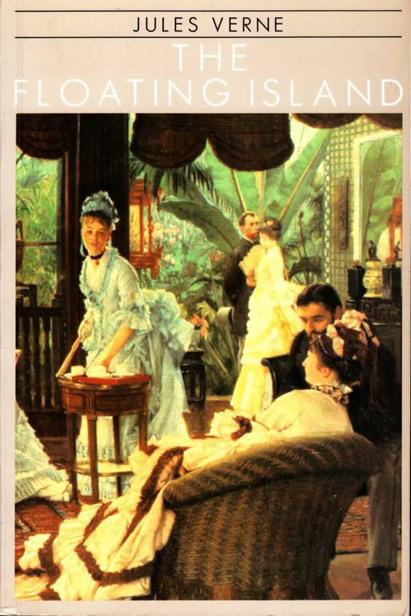 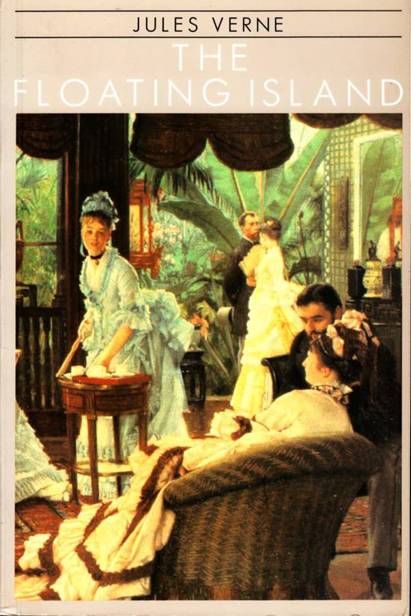 OTHER
BOOKS IN THIS SERIES

Isabella Bird
Korea
and her Neighbours

Katharine Augusta
Carl
With the Empress Dowager of China

John La Farge
An
American Artist in the South Seas

Jack London
Cruise
of the Snark

First
published in French in 1895

First
published in English in 1896

This
edition published in 1990 by Kegan Paul International Limited

No
part of this book may be reproduced in any form

without
permission from the publisher, except for the

quotation
of brief passages in criticism.

US
Library of Congress Cataloging in Publication Data .

END OF THE FIRST PART.

To know Jules Verne only through
such of his books as
Journey to the Centre of the Earth
(1864).
From
the Earth to the Moon
(1865),
Twenty Thousand Leagues under the Sea
(1870), and
Around the World in Eighty Days
(1873) is to know but a
small part of the work of this extraordinary man who left his stamp upon his
century and our own.

The books for which Verne is best
known today are early works imbued with the spirit of the first part of the
nineteenth century - an era of unparalleled excitement, expansion and
experiment when the popular imagination could barely keep pace with the
scientific developments that promised to change the human condition forever.
The mood of the times was one of optimism and an unquestioning belief in
science and progress, and no one captured this spirit more perfectly than Jules
Verne. As soon as they were written, the books that comprise the first part of
his series
Extraordinary Voyages: Known and Unknown Worlds
- which
aimed, in the words of his publisher, to ‘summarize all geographical,
geological, physical and astronomical knowledge amassed by modern science’ -
were translated into every European language, and were read as avidly by adults
as by the young. In them, Verne bridged the gap between science and romance,
founded the genre of modern science fiction, and inspired generations of future
scientists, explorers, inventors and adventurers. Radar, teleprinters, audiovisual
telephones, lasers, synthetic diamonds and air conditioning were only a few of
the inventions that first appeared in the pages of a Verne book; polar
exploration, long-range submarine navigation and space travel were exploits of
Verne heroes long before they were enacted in real life. He envisaged the
modern world with a remarkable clarity that was far from accidental, for all
his literary inventions were based solidly on established scientific
principles, and he prided himself on being a realist rather than a fantasist.
As he put it in his book
The Carpathian Castle:

This
story is not fantastic, it is only romantic. It would be a mistake to conclude
from its improbability that it cannot be a true story. We are living in days
when anything can happen - one may say that everything has happened. If our
tale seems improbable today, it need not do so tomorrow, thanks to the
resources science will make available in the future, and nobody will then think
of calling it fanciful.

Yet as the nineteenth century
drew to a close, Verne had grave doubts about the course the new world he had
envisaged was taking, and he began to reflect on what the social and political
consequences of technological progress would be. What he foresaw overshadowed
the later years of his life and changed the course of his writing. He had begun
as an innovative writer who invested scientific fact with romance, adventure,
melodrama and idealism - he developed into a savage social satirist who has
been compared to Montesquieu, Swift and Voltaire. In recent years, the works of
Jules Verne have been subject to a critical re-evaluation in France and
elsewhere, and it is largely on the basis of his satirical novels that Verne is
now seen as one of the most significant writers and social commentators of
modern times.
The Floating Island
(1895) - an account of a sea-going
city of American millionaires cruising about the Pacific - is the finest of
Verne’s satirical novels, a masterpiece whose theme is as timely now as when it
was written.

Jules Verne was born in Nantes,
France on February 8, 1828, the first of four children of Sophie Allotte de la
Fuye, who came from a family long established in the West Indies mercantile
trade and Pierre Verne, a solicitor whose father and grandfather had been
judges. Pierre Verne, who exerted a considerable influence over his son’s life
and work, was remembered by a member of his family as ‘highly intelligent... a
passionate music lover... a very erudite scholar, a gifted and witty poet, but
also very interested in science and the latest discoveries,
[i]
- a description that would in many
respects serve for Jules in later years. Extremely pious, he was an ardent
Jansenistic Christian who ensured that his children acquired a clear moral
sense. Although the law was not his consuming interest in life, Pierre Verne
had a deep respect for his profession and a prudent appreciation of the fact
that it provided the means for him to keep his family in moderate comfort and
the time to engage in scholarly studies. Although his eldest son displayed a
taste for literature and the arts from childhood, Pierre Verne expected Jules
to follow him into his solicitor’s practice, and to pursue his other interests
privately, as he himself had done.

The young Jules was a dilatory
student during his schooldays, filling his notebooks with drawings of ships and
strange machines, and spending as much time as he could at the Nantes docks. At
eleven he made an unsuccessful attempt to run away as a cabin boy on a ship
bound for the West Indies; thereafter he was obliged to restrict himself to
sailing a small skiff on the Nantes estuary, and to voyages of the imagination
in which he fantasised that the island suburb where his family lived would
float out to sea, and on to faraway lands. The effort he might have expended on
school compositions was lavished instead on poetry and dramatic sketches, and
he was bitterly disappointed when his works received little encouragement from
his family or his cousin Caroline, whom he hoped to marry. After passing his
baccalaureate, Jules entered his father’s practice and began to prepare for his
law examinations, becoming increasingly restive after his cousin announced her
engagement to a rival. Jules passed his preliminary law examinations with
little difficulty, but was plunged into depression by his cousin’s marriage.
Aware that their son had little interest in the law at the best of times, Jules’s
parents reluctantly agreed to allow him to complete his legal studies in Paris,
and he arrived in the capital in November, 1848 on the day that the Premier,
Lamartine. inaugurated the new régime that had deposed Louis Phillipe from the
throne.

In Paris, Pierre Verne kept Jules
on a stringent allowance intended to encourage diligence by making all
distractions except eating unaffordable. He deluged his son with letters
commending the law, and warning against the literary and artistic temptations
that were sure to come his way. Although Jules replied with fulsome
reassurances, his true interests began to assert themselves. Too much the
dutiful son to abandon his law books, he spent an equal amount of time reading
novels, poetry and plays, going without sleep to accommodate both fields of
study. The théâtre had been closed in the early months of the 1848 revolution,
but there was plenty to interest a young man determined to make the most of
what the capital had to offer. Relations of his mother who had settled in Paris
introduced Jules to literary salons that he attended as often as his resources
would permit. Above all, he hoped to meet the author and playright Alexandre
Dumas the elder, whom he described as ‘that demigod’.
[ii]
The longed-for introduction was effected
and the hospitable Dumas took Jules under his wing, encouraging his interest in
literature and the theatre. Within weeks of arriving in Paris, Jules was
writing to his father of ‘the new and marvellous pleasure to be in immediate
contact with literature’
[iii]
- sentiments that produced a flurry of anxious letters from Nantes that Jules
soon learned to parry deftly. Inspired by Dumas, he began to concentrate on
dramatic writing, and in the course of 1849 managed to complete a five-act
tragedy, a two-act farce and a one-act comedy called
Broken Straw
, in
addition to pursuing his legal and literary studies. The Paris théâtre reopened
the same year and in 1850 Dumas, who was director of the Théâtre Historique,
edited and produced Jules’s
Broken Straw
; it ran for twelve performances
and attracted reviews that were kind, if not over-enthusiastic.

Jules spent two years in frantic
activity, studying, writing, journeying to Nantes in the holidays to reassure
his father, then returning to Paris to experiment with dramatic sketches and
libretti. On passing his final law examinations, Jules refused the summons to
return to Nantes, writing to his father - ‘I may become a good writer, but I
shall never be anything but a poor lawyer... The only career for which I am
really suited is the one I am already pursuing: literature.’
[iv]
Sustained by a small parental
allowance, Jules stayed on in Paris and plunged into a punishing daily régime
that began at five in the morning with a writing session, followed by research
and study in the Bibliothèque Nationale, and ended with more writing late into
the night. A meeting with the explorer and writer Jacques Arago had prompted
Jules to add science to the list of his interests and he followed the latest
discoveries in many fields assiduously, noting the results of his research on
meticulous data cards that ultimately numbered over 20,000. He experimented
feverishly with different forms of writing and in 1851 dashed off two short but
promising works of prose fiction that were published in the journal
Musée
des Families
, but his obsession with the theatre led him to concentrate on
writing comedies, dramas and libretti, very few of which were ever published or
performed.