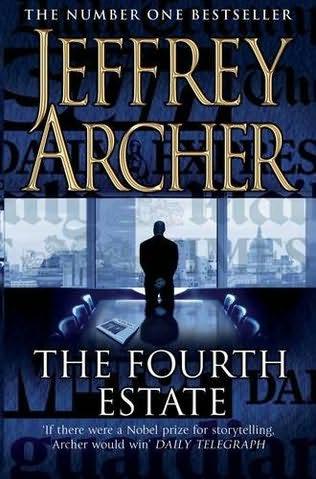 Shall We Tell
The President?

A Matter of
Honor

As the Crow
Flies

A Quiver Full of
Arrows

A Twist in the
Tale

To Cut a Long
Story Short

Mallory: Walking
off the Map

If you purchased
this book without a cover, you should be aware that this book is stolen
property. It was reported as “unsold and destroyed” to the publisher and
neither the author nor the publisher has received any payment for this
“stripped book.”

This is a work
of fiction. The characters, incidents, and dialogues are products of the
author’s imagination and are not to be construed as real. Any resemblance to
actual events or persons, living or dead, is entirely, coincidental.

All rights reserved.
No part of this book may be used or reproduced in any manner whatsoever without
written permission of the publisher, except in the case of brief quotations
embodied in critical articles and reviews.

are trademarks
of FlarperCollinsPubli5hers, Inc.

A hardcover
edition of this book was published

This title is
also available on cassette from HarperAudio.

Printed in the
United States of America

Visit Harper
Paperbacks on the World Wide Web at

To Michael and Judith

Some years later, after the French
Revolution, Edmund Burke, looking up at the Press Gallery of the House of
Commons, said, “Yonder sits the Fourth Estate, and they are more important than
them all.”

A
rmstrong Faces
Bankruptcy THE ODDS WERE stacked against him. But the odds had never worried
Richard Armstrong in the past.

Armstrong stared
down at the green baize. The mountain of red chips that had been placed in
front of him twenty minutes earlier had dwindled to a single stack. He had
already lost forty thousand francs that evening-but what was forty thousand
francs when you had squandered a billion dollars in the past twelve months?

He leaned over
and deposited all his remaining chips on zero.

“
Les jeux sontfaits. Rien ne va plus
,”
the croupier said as he flicked his wrist and set the wheel in motion. The
little white ball sped around the wheel, before falling and jumping in and out
of the tiny black and red slots.

Armstrong stared
into the distance. Even after the ball had finally settled he refused to lower
his eyes.

“
Vingt-six
,” declared the croupier, and
immediately began scooping up the chips that littered every number other than
twenty-six.

Armstrong walked
away from the table without even glancing in the direction of the croupier. He
moved slowly past the crowded backgammon and roulette tables until he reached
the double doors that led out into the real world.

A tall man in a
long blue coat pulled one of them open for him, and smiled at the well-known
gambler, anticipating his usual hundred-franc tip. But that wouldn’t be
possible tonight.

Armstrong ran a
hand through his thick black hair as he walked down through the lush terraced
gardens of the casino and on past the fountain. It had been fourteen hours
since the emergency board meeting in London, and he was beginning to feel
exhausted.

Despite his bulk
– Armstrong hadn’t consulted a set of scales for several years – he kept up a
steady pace along the promenade, only stopping when he reached his favorite
restaurant overlooking the bay. He knew every table would have been booked at
least a week in advance, and the thought of the trouble he was about to cause
brought a smile to his face for the first time that evening.

He pushed open
the door of the restaurant. A tall, thin waiter swung round and tried to hide
his surprise by bowing low.

“Good evening,
Mr. Armstrong,” he said. “How nice to see you again. Will anyone be joining
you?”

The head waiter
quickly guided his unexpected customer through the packed restaurant to a small
alcove table. Once Armstrong was seated, he presented him with a large
leather-bound menu.

Armstrong shook
his head. “Don’t bother with that, Henri. You know exactly what I like.”

The head waiter
It-owned. European royalty, Hollywood stars, even Italian footballers didn’t
unnerve him, but whenever Richard Armstrong was in the restaurant he was
constantly on edge. And now he was expected to select Armstrong’s meal for him.
He was relieved that his famous customer’s usual table had been free. If
Armstrong had arrived a few minutes later, he would have had to wait at the bar
while they hastily set up a table in the center of the room.

By the time
Henri placed a napkin on Armstrong’s lap the wine waiter was already pouring a
glass of his favorite champagne. Armstrong stared out of the window into the
distance, but his eyes did not focus on the large yacht moored at the north end
of the bay. His thoughts were several hundred miles away, with his wife and
children. How would they react when they heard the news?

A lobster bisque
was placed in front of him, at a temperature that would allow him to eat it
immediately. Armstrong disliked having to wait for anything to cool down. He
would rather be burned.

To the head
waiter’s surprise, his customer’s eyes remained fixed on the horizon as his
champagne glass was filled for a second time. How quickly, Armstrong wondered,
would his colleagues on the board – most of them placemen with titles or
connections – begin to cover their tracks and distance themselves from him once
the company’s accounts were made public? Only Sir Paul Maitland, he suspected,
would be able to salvage his reputation.

Armstrong picked
up the dessert spoon in front of him, lowered it into the bowl and began to
scoop up the soup in a rapid cyclical movement.

Customers at
surrounding tables occasionally turned to glance in his direction, and
whispered conspiratorially to their companions.

“One of the
richest men in the world,” a local banker was telling the young woman he was
taking out for the first time. She looked suitably impressed.

Normally
Armstrong reveled in the thought of his fame. But tonight he didn’t even notice
his fellow-diners. His mind had moved on to the boardroom of a Swiss bank,
where the decision had been taken to bring down the final curtain-and all for a
mere $50 million.

The empty soup
bowl was whisked away as Armstrong touched his lips with the linen napkin. The
head waiter knew only too well that this man didn’t like to pause between
courses.

A Dover sole,
off the bone-Armstrong couldn’t abide unnecessary activity-was deftly lowered
in front of him; by its side was a bowl of his favorite large chips and a
bottle of HP Sauce-the only one kept in the kitchen, for the only customer who
ever demanded it. Armstrong absentmindedly removed the cap from the bottle,
turned it upside down and shook vigorously. A large brown blob landed in the
middle of the fish. He picked up a knife and spread the sauce evenly over the
white flesh.

That morning’s
board meeting had nearly got out of control after Sir Paul had resigned as
chairman. Once they had dealt with “Any Other Business,”

Armstrong had
quickly left the boardroom and taken the lift to the roof where his helicopter
was waiting for him.

His pilot was
leaning on the railing, enjoying a cigarette, when Armstrong appeared.
“Heathrow,” he barked, without giving a thought to clearance by air-traffic
control or the availability of take-off slots.

The pilot
quickly stubbed out his cigarette and ran toward the helicopter landing pad. As
they flew over the City of London, Armstrong began to consider the sequence of
events that would take place during the next few hours unless the $50 million
were somehow miraculously to materialize.

Fifteen minutes
later, the helicopter landed on the private apron known to those who can afford
to use it as Terminal Five. He lowered himself onto the ground and walked
slowly over to his private jet.

Another pilot,
this one waiting to receive his orders, greeted him at the top of the steps.

“Nice,” said
Armstrong, before making his way to the back of the cabin.

The pilot
disappeared into the cockpit, assuming that “Captain Dick” would be joining his
yacht in Monte Carlo for a few days’ rest.

The Gulfstream
took off to the south. During the two-hour flight Armstrong made only one phone
call, to Jacques Lacroix in Geneva. But however much he pleaded, the answer
remained the same: “Mr. Armstrong, you have until close of business today to
repay the $50 million, otherwise I will be left with no choice but to place the
matter in the hands of our legal department.”

The only other
action he took during the flight was to tear up the contents of the files Sir
Paul had left behind on the boardroom table. He then disappeared into the
lavatory and flushed the little pieces down the bowl.

When the plane
taxied to a halt at Nice airport, a chauffeur- driven Mercedes drew up beside
the steps. No words were exchanged as Armstrong climbed into the back: the
chauffeur didn’t need to ask where his master wished to be taken. In fact
Armstrong didn’t utter a word during the entire journey from Nice to Monte
Carlo; after all, his driver was not in a position to lend him $50 million.

No Such Person by Caroline B. Cooney
Why Can't I Lose Weight? 26 Ways Your Diet Is Sabotaging Your Weight Loss by Susan J Campbell
Her Mystery Duke by Blackthorne, Natasha
I Know What You Did Last Wednesday by Anthony Horowitz
Flight of the Vajra by Serdar Yegulalp
The Movie by Louise Bagshawe
The Abundance: A Novel by Majmudar, Amit
Mint Julep Murder by Carolyn G. Hart
Ten Things I Hate About Valentine's Day by Margaret Finnegan
The Promise by Tony Birch