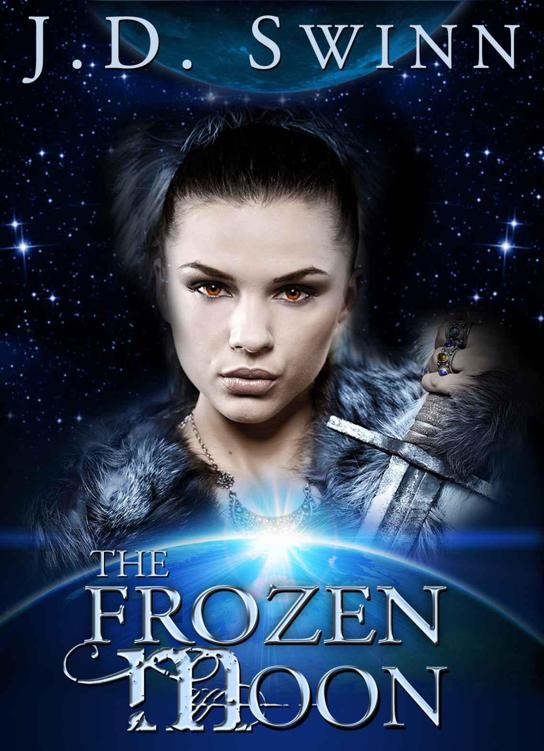 Book T
wo of The Living Curse series

To my loving and supportive family and friends for everything they have done for me.

To Morgan and Samuel for always pushing
me forward and helping to create my world.

To J.
Michalko, M. Moore, and M. Sisson for teaching me more than you knew you did.

This eBook is licensed for your personal enjoyment only. This eBook may not be re-sold or given away to other people. If you would like to share this book with another person, please purchase an additional copy for each recipient. If you’re reading this book and did not purchase it, or it was not purchased for your use only, then please return to Amazon.com and purchase your own copy. Thank you for respecting the hard work of the author.

This is a work of fiction. Names, characters, places and incidents either are products of the author’s imagination or are used fictitiously. Any resemblance to actual events or locales or persons, living or dead, is entirely coincidental.

The Road to Hell

I cannot save you from

The pain that is my shadow,

This blood will run black,

And stain the white work

With the best of intentions,

And yet the worst of results.

Isn’t this the way of the world?

CHAPTER TWENTY:  A HAUNTING PAST

CHAPTER TWENTY-ONE:  IN THE LIGHT’S EMBRACE

He was still shaken from the confrontation of sorts with Nameh.  He ran as he had earlier, with his chest heaving and muscles in a blind fury.  But now, they ran together like a pair of ghosts.  The silent spells were still in effect, and their footsteps, which should have made heavy thuds against the pavement, made no sound.

They both shot sarcastic comments at the other, bandaging over unexpected feelings of empathy.  His thoughts wandered to what she had said about love; he couldn’t help but take comfort in the fact that he wasn’t alone in feeling this way.  He had always planned on being married to an amiable girl, but he wasn’t sure if he could imagine himself truly loving another.  He forced himself to push down these notions and filled his mind with thoughts of battle.  They were soon upon the place he was leading her to: Central Park.  It had been a long run, and they were both tired, but it would be worth it, he thought.  They paused, leaning on a tree and catching their breath.  The sweat on their bodies gleamed in the silvery moonlight and made the pair look as though they were made of polished porcelain.

“There,” he pointed to a spot several hundred feet away, “that’s where it happens.” He finished, breathing heavily.  She didn’t speak, merely threw him a bemused look.  “The faeries and the pixies war every night, just beyond that bridge.” He explained.

“They have a war every night?  I’ve never heard of that.  But, then again, the Guardians don’t exactly keep us up to date on magical current events.”

“It isn’t current, per say,” he began with a smile, “it’s been going on for decades.  Ever since the park was built, both groups declared supremacy over it, because it is technically nature.  Each night, they battle, and the winner by dawn will rule over the other for the coming day.”

“A power struggle every single day?
That seems crazy.”  At this, she gave a small laugh full of rich and smooth tones, not the giggle of many girls that he found irritating.

“The problem is that the two sides are so evenly matched that neither takes enough loss to surrender.  The truth is
, humans aren’t so different.  I come down here as often as I can and fight with the faeries.  They’re the most likely not to kill me if we lose.”  He said with his familiar smirk.  He knew that as he described the history to her, she was probably wondering which kind of faerie was so keen toward the idea of war; pixies were constantly looking for fights, but not all faeries were this way.  No doubt she had come across the Nature faeries, kind and gentle sprites who brought the change of the seasons with their water, earth, and light magic.  They were the ones who hung the dewdrops and woke the morning glory flowers when the sun rose, and the ones who moved gentle breezes through the night air.  Nearly all of them were cooperative with the Guardian laws.

“The faeries in Central Park are of a different breed than you’re probably used to.” He said, ending her suspicions.  “They’re called Moon faeries.  They usually don’t mean humans any harm, but they have the tempers of
blackdragons.  Altogether, they’re rather pleasant…just don’t piss them off.  Let’s just say that these are the faeries that they don’t write about in fairytales.” He said with a grin, images of war dancing through his thoughts.  He saw a look sparkle in her eyes, the same look he had seen the night they had fought the dragon.  Fighting was just as much of a release to her as it was to him, he noted.

“So, we’ll be fighting alongside the creatures
with
the tempers of blackdragons.  That makes me wonder what I don’t know about pixies,” she said, giving him a sidelong glance.  He rewarded her with a small laugh, she really was funny, he thought.  “Something tells me I’m about to find out.” She finished.

“Ladies first,” he said in mockery.

“Then, what are you waiting for?” she shot back without a pause.

“Ouch” he said, trying to hide the fact that he was impressed.  Rarely did he meet someone who could match his wit, and he had never met one who was a girl.  They walked
down the path together, now able to hear faint sounds of battle.  At the bridge, they were greeted by the Moon faerie general, Aksid.  He was tall for a faerie, about two inches taller than Max.  His hair was long and black, but was translucent like all Moon faeries’.  The wings that protruded from his back, just beneath the shoulder blades, held none of the fragility of Nature faeries, and were striking lunar silver.  His irises were black, melding with the pupils, and the skin around his eyes themselves were lined with swirling black lines.  They were battle tattoos, he noted, and had multiplied since they had last met.  The marks were awarded by the queen for valiancy in battle; he wondered how the new marks had been earned.

“
Iri tah dominise,” he said, clasping his right wrist with his left hand, and offering his open palm forward.  Max had grown accustomed to the traditional Moon faerie greeting of warriors, and responded.

“Maxim
tah, you have come again to battle with us?” he questioned in a hurried tone, eager to return to his people in battle.

“Yes, General
Aksid.  I have brought another as well.  She will aid in the fight.”  The general gave an approving nod and turned back to the raging fight behind him.  Although it was difficult a first, he was soon able to mirror the formal English spoken by the faeries; respect was more important than anything in faerie culture.  Love, as he recalled from many encounters, was a near foreign concept, but respect had taken the place of affection in human culture.  Max carefully watched Nameh’s face light up as she saw the turmoil that lay ahead.  There was a mix of faeries and pixies intertwined in a clash of metal, bows, and arrows.  The faeries could be identified by their thin, metal plated armor for defense, while the pixies wore thick brown leather for agility.

“What did you say to him?” she inquired curiously.

“It’s the ancient faerie language,” he began, “He said to me: Here, a warrior approaches.  I said: Here, a warrior stands.  It’s an acknowledgement of fighting status; to be given the title of ‘tah’, or warrior, you have to prove yourself in battle.”  He saw the eagerness in her eyes, and began to move toward the battle, drawing his sword.  She did the same, her slender arm looking even longer with the steel extension.  He gave her one last look, as if to burn her excited image into his mind, and plunged into battle.  If it had been any other girl, he thought, he would have been worried for her safety.  Nameh was not any other girl.

The clanging of iron and steel was melodious and soothing to Nameh’s ears.  Hundreds of lanky bodies of faeries and pixies tangled about her like spiders.  She felt an intense pain from her mark; there was a wealth of magic near.  She pulled her strength into her right arm and fed it into her sword, glowing faintly, it responded to her will.

She lunged at a nearby pixie who was standing over a Moon faerie woman, ready to deliver a fatal blow.  With one slice, the leather armor across its chest fell open as if it had been made of paper.  She was surprised at her own strength.  From the tear in the leather oozed thick, black tar; its sheen was eerie in the pale moonlight.

The pixie turned to Nameh, determinations of death in its stare.  It was then that she truly witnessed the madness of pixies.  Its eyes were the same black of the faeries’, but held fewer traces of humanity; its hair stood short and spiked, a bleached, lifeless yellow in contrast to the faeries’ black.  Everything about its features was pointed: its ears came to a harsh peak, its nose angular, but most pointed of all were its horrific teeth.  They were razor sharp and glistening white, like that of a shark, but needle thin.  It’s wings were small and a similar faded yellow; she also noticed as it turned that each vein down its wing ended in a thick barb as long as her fifth finger.

The pixie carried a weapon like dual headed spear, forged out of wood and metal flowing together so that one could hardly tell where the wood ended and the metal began.  It was a material no human could replicate without magic.  In a fury, the creature jabbed it toward her, but she easily dodged it, bringing her sword down on its striking shoulder.  Blood now flowed from both its wounds, bathing the pixie in the harsh black.  For a moment, Nameh mused; she could have believed that he were only a black pen drawing, now being inked out by its creator and sent back to the world of the mind where it belonged among lurking nightmares.

She eased her sword into the monster’s chest, just below the breastbone.  With one final, horrific shriek, the pixie crumpled to the ground in a blackened, glistening heap.  The faerie woman gave her a look of gratitude; Nameh nodded, then continued through the battle.  When she focused all of her strength into her sword arm, she realized that she could kill most pixies with only one blow.  She ravaged through the crowd, slaying beast after beast; she hardly seemed to notice that she was now dripping with black blood.

The Man in the Picture by Susan Hill
Forever in Darkness (novella) (Order of the Blade #4) by Rowe, Stephanie
Dark Heat: The Dark Kings Stories by Grant, Donna
Persuasion (Barnes & Noble Classics Series) by Jane Austen
Memory by Lois McMaster Bujold
Catching Cameron: A Love and Football Novel by Julie Brannagh
The Convent Rose (The Roses) by Shurr, Lynn
THE GIFT by Brittany Hope
Underground in Berlin by Marie Jalowicz Simon
A Vampire's Soul by Carla Susan Smith