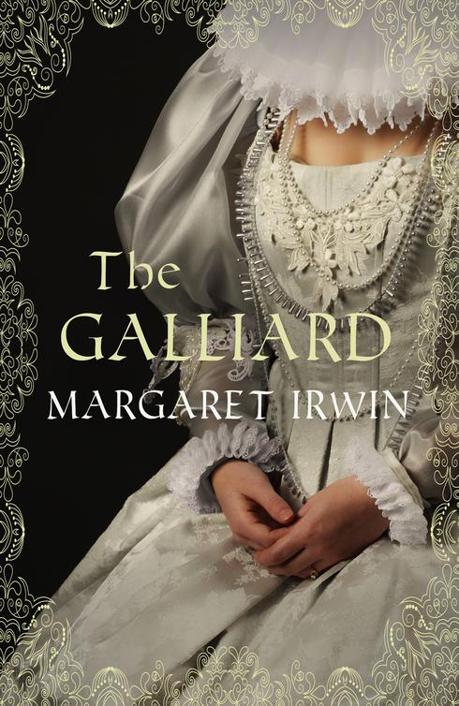 To
my sister, EJ Irwin
&
my husband and collaborator,
JR Monsell

This book was planned before I read Robert Gore-Browne’s vivid and forcible biography of Lord Bothwell, but owes a great deal to it, although some of the conclusions I have drawn are directly opposite to his.

That does not lessen my gratitude to him for the first historical work I have seen on Bothwell that does not faithfully follow the view of him set down in his enemies’ propaganda, however inconsistent.

The facts and incidents in this book are drawn from contemporary records, and so are much of the conversations. Practically everything John Knox says is in his own words, as he himself recorded them.

The names of the four Maries were Beton, Seton, Fleming and Livingstone, not Hamilton and Carmichael as mentioned in the Ballad of Mary Hamilton – who was, in actual fact, executed in Russia at the Court of Peter the Great, at a much later date.

There was never any Mary Hamilton at the Court of Queen Mary, nor any such execution.

O
N
THE
B
ORDER

For the Galliard and the Gay Galliard’s men

They ne’er saw a horse but they made it their ain.

They were in the saddle again, out on a nightride again, but what a night for it!

All Hallows’ E’en, when all honest folk should be either in bed safe from hobgoblins, or else ducking for apples in a bowl with the lassies and playing tricks on them when they sat brushing their hair in front of a burnished steel mirror and watching it to see the face of their future mate, or if they were bold enough, running out into the kailyard at midnight to pull a kail runt to see if it were straight or crooked, for so would be the shape of their man – and if it had plenty of earth on its roots that would be the best luck of all, since earth meant money.

Some of the younger lads on this ride, Long Fargy and Dugall Quin and wee Willie Wallocky, out for the first time, had planned to black their faces and rig up some turnip lanterns and go round with the youngsters to all the neighbours’ houses at Haddington, singing their song of ‘the merry guisers’, which changed in the last verse to ‘the thirsty guisers’ as a broad hint for drink to be served them.

But it was another sort of raid they were on now, called out on the instant by their lord, as was his way, and bad luck and a sore back to the lad who wasn’t in his steel bonnet, and his boots in the
stirrups, within five minutes of hearing the order to horse. Their leatherjacks were all the armour on their bodies, nor did their lord wear more, except that his sleeves were of linked chain-mail and he wore a light modern sword where a few of his men carried the heavy two-handed weapon or for the most part a Jedburgh axe slung at the saddle-bow.

They had been told to leave their dags and pistols behind – it was to be a quiet job, then, as was fitting to this eerie hour – and wee Willie was not the only one to stick a bunch of scarlet rowan berries in his cap as defence against the goblins known to be abroad on this last evening of October. Only the Galliard would choose such a night for a foray, a night moreover when the Merry Dancers, those spirits like streamers of red fire, were out riding the Northern Lights.

So they grumbled to each other as they rode, but very low, in obedience to the order for silence, their stirrups and harness bound in rags to keep from jingling; it was as bad to be the Galliard’s disobedient servant as his enemy – worse, in fact, for he did not kill unnecessarily on a foray.

But what foray could it be that even the Galliard would lead, now they were at peace with England? Their lord had won that French nickname for a gay reckless rake from a noted freebooter who ‘ne’er saw a horse but he made it his ain’. But only a year ago the Queen Regent of Scotland had made him her Lord Lieutenant of the Border, Warden of the Marches, Lord of Liddesdale and Keeper of Hermitage Castle, and he would hardly flout his royal appointment so far as to break truce with England, still less to ride on some private quarrel, least of all to lift his neighbours’ cattle. Only two dozen had been called out – on what errand?

When they were clear of all walls and out on the wide moor, that dark figure at the head of their troop drew rein, and waited till they came up round him. It was too dark to see his face; but his height and broad shoulders showed up against the torn, stormy dusk of the sky above the hillside, and there was a faint glinting on the dark mail of his sleeves and on his steel helmet from those red flickering lights in the sky of the far North.

A young man, not more than twenty-four years old, he was as stalwart as any of the older, hardened moss-troopers in his train, and one and all felt his eye upon them, even in the darkness, as he spoke in a low yet rather harsh vibrant voice.

‘Well, lads, we’re out for a bag of English gold! But don’t wag your jaws open, for it’s for none of our keeping. This is no march-treason, stealing English gear in time of truce. We are riding against traitors, and the gold is being brought from England to pay the rebel troops. Last week the Lords of the Congregation declared the Good Queen was no longer Regent, and stamped their declaration with a forged seal. They asked England for a thousand men to help them fight against their lawful ruler.’

There was a deep angry growl at this last; it was worse than treason, worse even than march-treason against the Border law between the countries, for it was inviting the ancestral enemy of centuries to come and invade their homes yet again. There was not a man there who had not suffered from the last invasion just over a dozen years ago, when the English had tried to capture the baby Queen Mary of Scots as a bride for their boy King, Edward VI.

The little Queen had been sent safe to France; King Edward had died in his sixteenth year; but the vale of Teviot and the fair fields of Merse and Lothian had been turned into a desert, and hundreds of villages and many market towns and castles and monasteries had been burnt and smashed to ruin.

‘Then let it be a killing job tonight, sir,’ said an older, gruffer voice. It came from the heavy shape of a man who leaned with bowed shoulders over his horse’s neck. ‘I’ll not hear it said that an Englishman lay under me and ever got up again.’

‘That’s old Toppet Hob’s growl, I’d know it a mile off. No hope of your lying tonight on top of an Englishman, Hob; it’s a neighbour we’re out after, John Cockburn, a far cousin of mine by marriage, and you’ll keep your grimy fists off his throat or you’ll have to reckon with his kinsman. Aye, John Cockburn’s a traitor, and double-dyed; he is taking English gold again and carrying English gold to his fellow-rebels, curse him! But we’ll lift that last burden from his conscience. We’ll wait for him in the wood below
Hailes Castle as he skirts the bog on his way from Berwick, and spring an ambush on him. So wind your scarves well round your necks, my lambs, lest you get a sore throat from cold steel. When you get to the wood, keep silent as death, and remember that if you’re scared of the dark this All Hallows’ E’en, John Cockburn’s men will be more so when such ugly goblins as yourselves spring out on him.’

He swung his horse round and thudded over the moor, his men after him in the same sweeping movement, for there was no dallying when the Gay Gailiard led a raid, and no wish for it. The wind was in their faces, sharp and damp from the east, with a salt tang in it from the sea. They sang low as they rode, in a curious laughing mutter of voices, the raiding song of their clan:

Hob and Tam and a’s coming,