The Ghost of Crutchfield Hall (14 page)

But then the recession came along, and the big corporation started laying people off. Dad was one of them. He thought he'd find another job fast, but he didn't. A year went by. One of our big cars was repossessed. Erica and I went to public school. We gave up the country club. There was no more talk about sailboats.

So we had to sell the house. I can understand that. But why did we have to move to West Virginia? It was cheaper to live there, Dad said. Erica and I would love it. So much spaceâwoods and fields and mountains. He took to singing “Country Roads,” an old John Denver song about West Virginia, putting lots of emphasis on “Almost heaven, West Virginia.” He also informed us that the license plates said “Wild, Wonderful.”

So here we were, on an interstate highway, with nothing to see but mountains and woods, wild but not wonderful, in my opinion. It was like being in a foreign country. How would I ever get used to all the nature surrounding us?

Beside me, Erica was talking to the doll Mom had given herânot because it was her birthday or anything, but because she was so unhappy about leaving Fairfield.

That's rewarding bad behavior, if you ask me. I was just as unhappy as my sister, but since I didn't cry myself to sleep and mope in my room and refuse to eat, all I got was a pair of binoculars and Peterson's
Field Guide to Birds of North America
. Dad thought I might like to identify the birds we were sure to see when we went hiking. Well, maybe I would, but still, that doll was ten times more expensive than my binoculars. It came with a little trunk full of clothes. There were even outfits in my sister's size so she and the doll could dress alike. It had its own bed, too. And its hair was red just like Erica's and cut the same way.

All the time we were in the van, Erica talked to the doll. She tried all its clothes on and told the doll how pretty it was. She hugged it and kissed it. She even named it Little Erica.

It was making me sick. But every time I complained, Erica got mad and we started quarreling and Mom turned around and blamed it all on me. “Leave your sister alone, Daniel,” she'd say. “She's perfectly happy playing with Little Erica. Read a book or something.”

“You know I can't read in the car. Do you want me to barf all over that stupid doll?”

At last we turned off the interstate. The roads narrowed and ran up and down hills, crossed fields, passed farms, and tunneled through woods. We glimpsed mountains and swift rivers. The towns were farther apart and smaller, some no more than a strip of houses and shops along the road.

By the time Dad finally pulled off an unpaved road and headed down a narrow driveway, the woods around us were dark. In the van's headlights the trees looked like a stage set lit by spotlights.

The van bounced over ruts and bumps, tossing Erica and me toward and away from each other. “Stay on your side, Daniel,” Erica said, “and stop banging into me and Little Erica. We don't like it.”

“That doll doesn't careâshe's not real.”

Just then we came out of the woods, and I got my first view of the house. It stood in the middle of a field of tall grassâweeds, actually. Even in the dark I could see that the place was a wreck. The porch sagged under the weight of vines growing up the walls and across the roof. Tall, shaggy bushes blocked most of the windows on the first floor. Shutters hung crooked. Some were missing altogether. I was sure it hadn't been painted for a long time.

Erica was the first to speak. “It's scary.”

“What's scary about it?” Dad asked.

“It's dark.” She hugged her doll tightly. “The woods are scary, too. And there aren't any other houses.”

“Wait until morning, Erica,” Mom said. “It's lovely in the daylight. You'll see.”

“And we have a few neighbors down the road,” Dad added.

How far down the road? I wondered. And what were they like?

Dad and Mom got out of the van and headed toward the house. Erica ran to catch up and slipped her hand into Mom's. I followed them, breathing in the unfamiliar smell of the woods and listening to night sounds. Wind rattled branches and hissed through the weeds in the field. A shutter banged against the side of the house. An owl called from the woods.

At the same moment, something made the hair on my neck rise. Sure that someone was watching us, I turned around and stared down the dark driveway. I saw no one, but I shiveredâand not because I was cold.

Visit
www.hmhco.com
or your favorite retailer to purchase the book in its entirety. 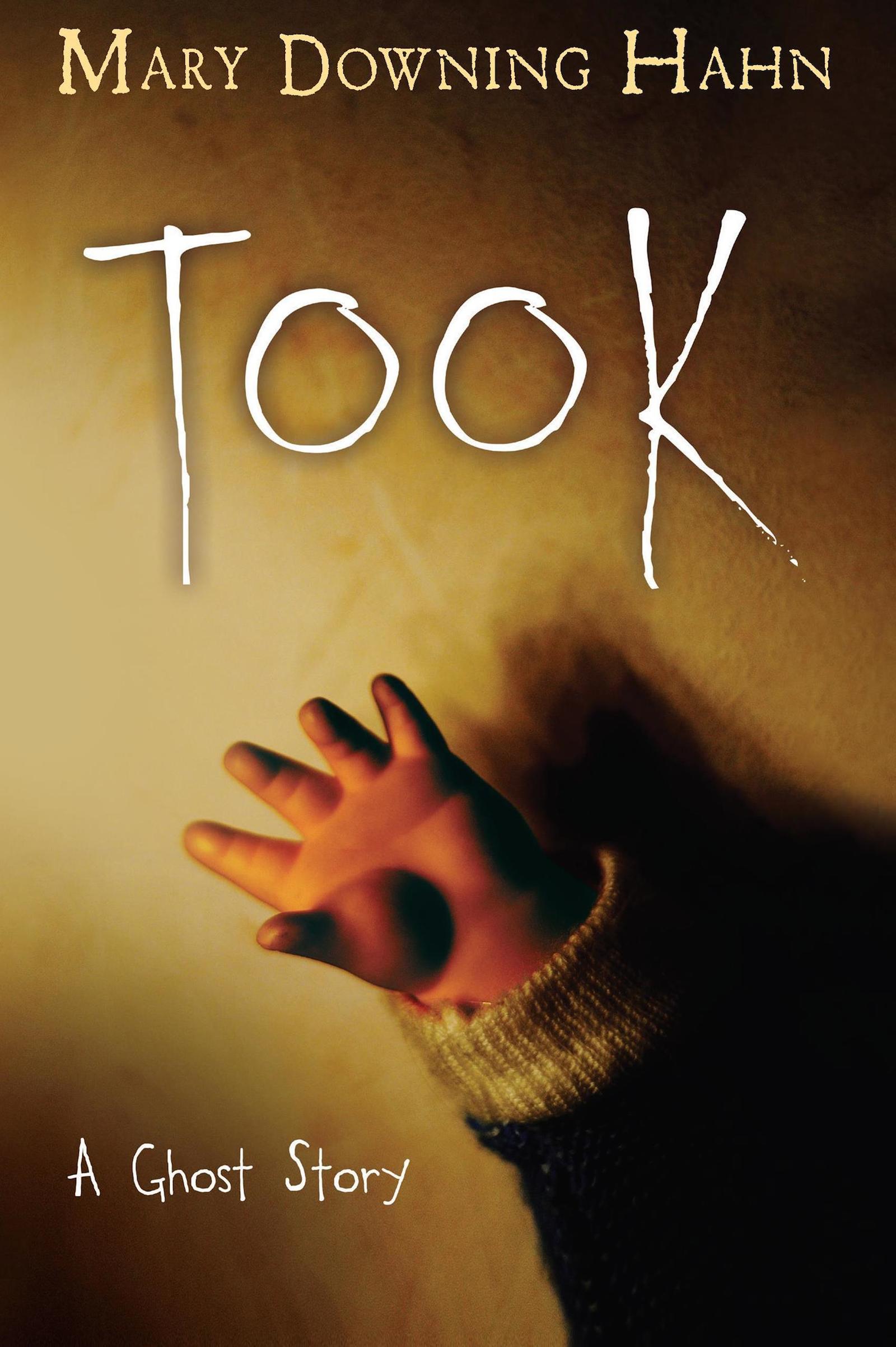 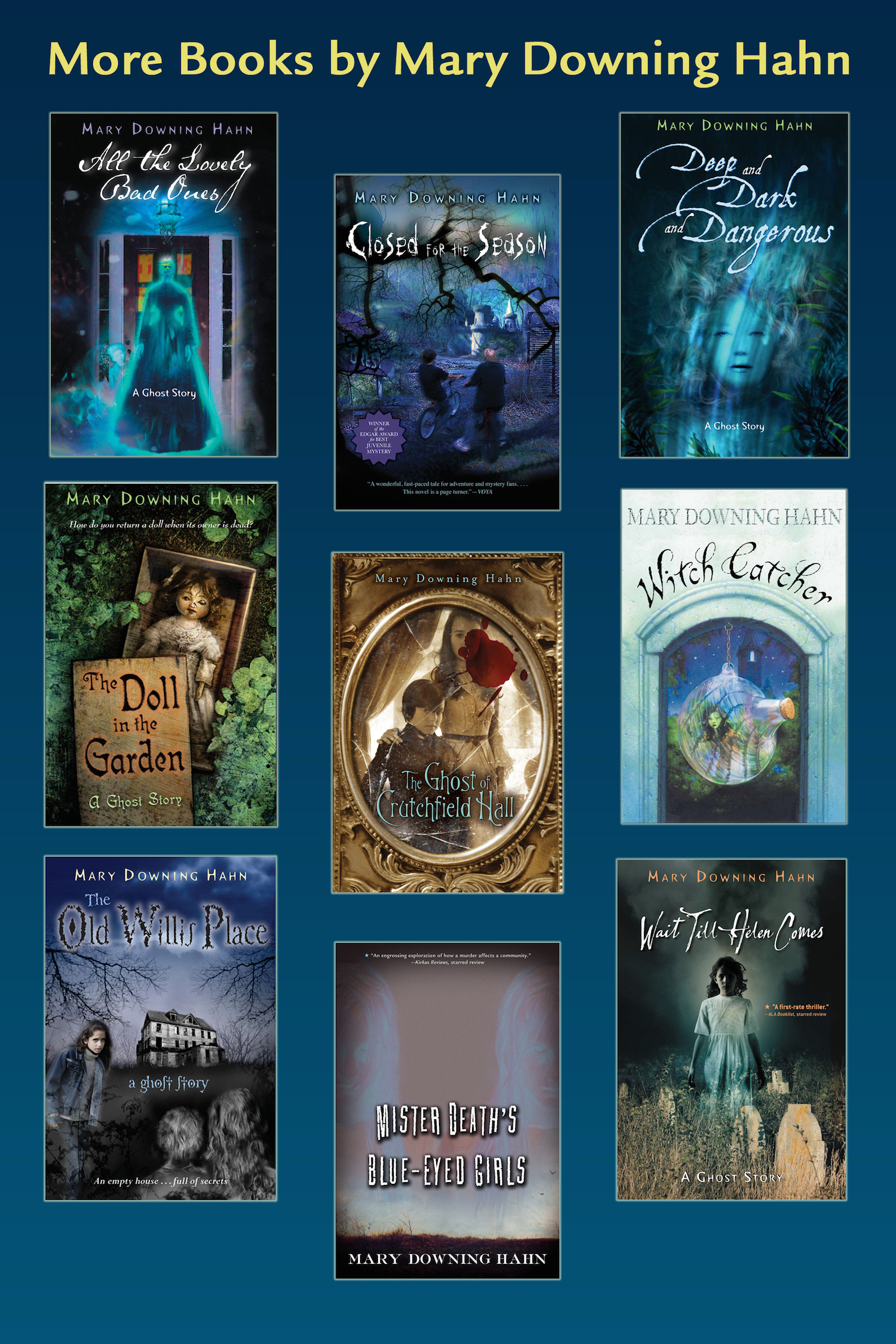 M
ARY
D
OWNING
H
AHN
, a former children's librarian, is the award-winning author of many popular ghost stories, including
Deep and Dark and Dangerous
and
The Old Willis Place.
An avid reader, traveler, and all-around arts lover, Ms. Hahn lives in Columbia, Maryland, with her two cats, Oscar and Rufus.