Read The Girl in the Red Coat Online

The Girl in the Red Coat 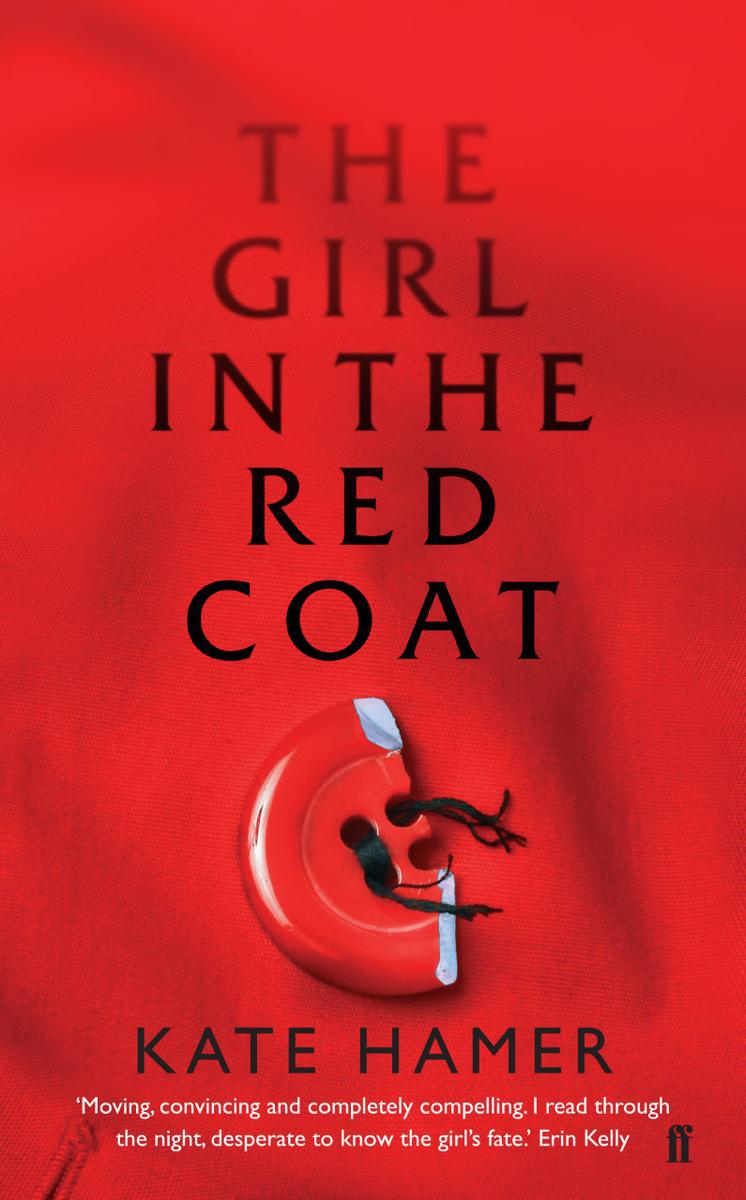 The Girl in the Red Coat

I dream about Carmel often. In my dreams she’s always walking backwards.

The day she was born there was snow on the ground. A silvery light arced through the window as I held her in my arms.

As she grew up I nicknamed her ‘my little hedge child’. I couldn’t imagine her living anywhere but the countryside. Her thick curly hair stood out like a spray of breaking glass, or a dandelion head.

‘You look like you’ve been dragged through a hedge backwards,’ I’d say to her.

And she would smile. Her eyes would close and flutter. The pale purple-veined lids like butterflies sealing each eye.

‘I can imagine that,’ she’d say finally, licking her lips.

I’m looking out of the window and I can almost see her – in those tights that made cherry liquorice of her legs – walking up the lane to school. The missing her feels like my throat has been removed.

Tonight I’ll dream of her again, I can feel it. I can feel her in the twilight, sitting up on the skeined branches of the beech tree and calling out. But at night in my sleep she’ll be walking backwards towards the house – or is it away? – so she never gets closer.

Her clothes were often an untidy riot. The crotch of her winter tights bowed down between her knees so she’d walk
like a penguin. Her school collar would stick up on one side and be buried in her jumper on the other. But her mind was a different matter – she knew what people were feeling. When Sally’s husband left her, Sally sat in my kitchen drinking tequila as I tried to console her. Salt and lime and liquor for a husband. Carmel came past and made her fingers into little sticks that she stuck into Sally’s thick brown hair and massaged her scalp. Sally moaned and dropped her head backwards.

‘Oh my God, Carmel, where did you learn to do that?’

‘Hush, nowhere,’ she whispered, kneading away.

That was just before she disappeared into the fog.

Christmas 1999. The children’s cheeks blotched pink with cold and excitement as they hurried through the school gates. To me, they all looked like little trolls compared to Carmel. I wondered then if every parent had such thoughts. We had to walk home through the country lanes and already it was nearly dark.

It was cold as we started off and snow edged the road. It glowed in the twilight and marked our way. I realised I was balling my hands in tight fists inside my pockets with worries about Christmas and no money. As I drew my hands out into the cold air and uncurled them Carmel fell back and I could hear her grumbling behind me.

‘Do hurry up,’ I said, anxious to get home out of the freezing night.

‘You realise, Mum, that I won’t always be with you,’ she said, her voice small and breathy in the fading light.

Maybe my heart should have frozen then. Maybe I should have turned and gathered her up and taken her home. Kept
her shut away in a fortress or a tower. Locked with a golden key that I would swallow, so my stomach would have to be cut open before she could be found. But of course I thought it meant nothing, nothing at all.

I turned. She seemed far behind me. The shape of her head was the same as the tussocky tops of the hedges that closed in on either side.

A long plume of delicate ice breath brushed past my coat sleeve.

Sometimes I wonder if when I’m dead I’m destined to be looking still. Turned into an owl and flying over the fields at night, swooping over crouching hedges and dark lanes. The smoke from chimneys billowing and swaying from the movement of my wings as I pass through. Or will I sit with her, high up in the beech tree, playing games? Spying on the people who live in our house and watching their comings and goings. Maybe we’ll call out to them and make them jump.

We were single mothers, almost to a man – as one of the group once joked. We clustered together in solidarity of our status. I think now maybe it was not good for Carmel, this band of women with bitter fire glinting from their eyes and rings. Many evenings we’d be round the kitchen table and it would be
then he, then he, then he
. We were all hurt in some way, bruised inside. Except for Alice who had real bruises. After Carmel had gone – oh, a few months or so – Alice came to the house.

Still I imagined anything could be a clue to the puzzle.

‘What is it? What is it?’ I asked, frantically clutching at the neck of my dressing gown. What she told me disappointed me so much I turned my face away and looked at the empty shell of the egg I’d eaten yesterday on the kitchen drainer. But when she started to tell me my daughter had a channel to God and could be now at His right hand – how I hated her then. Her false clues and her finding of Jesus, those wrists in identical braided bracelets turning as she spoke. I could stay silent no longer.

‘Stop it!’ I yelled. ‘Get out of here. I thought you had something real to tell me. Get out of this house and leave me alone, you stupid cow. You crazy stupid cow. Take your God with you and don’t ever come back.’

Sometimes, just before I fall asleep, I imagine crawling inside the shell of Carmel’s skull and finding her memories there. Peering through
her
eye sockets and watching the film of her life unfold through her eyes. Look, look: there’s me and her father, when we were together. Carmel’s still small so to her we seem like giants, growing up into the sky. I lean down to pick her up and empty nursery rhymes into her ear.

And there’s that day out to the circus.

We have a picnic by the big top before we go in. I spread out the blanket on the grass, so I don’t notice Carmel turn her head and see the clown peering from between the tent flaps. His face has thick white make-up with a big red mouth shape drawn on. She puzzles why his head is so high up because his stilts are hidden by the striped tent flap. He
looks briefly up at the sky to check the weather, then his red-and-white face disappears back inside.

What else? Starting school, me breaking up with Paul and throwing his clothes out of the bedroom window. She must have seen them from where she was in the kitchen – his shirts and trousers sailing down. Other things, how many memories even in a short life: seeing the sea, a day paddling in the river, Christmas, a full moon, snow.

For my eighth birthday I want to go and see a maze.

‘Carmel. What do you know about mazes?’ Mum says.

If I think hard I can see a folded puzzle in my mind that looks like a brain.

We don’t have a car so we go on the bus, just the two of us. The windows are steamed up so I can’t see where we’re going. Mum’s got on her favourite earrings which are like bits of glass except colours sparkle on them when she moves.

‘Mum, have you got a photo of your mum and dad?’

Her head shoots round and the earrings flash pink and yellow lights. ‘I’m not sure. Maybe, why?’

When we get off the bus the sky is white and I’m so excited to see a real maze I run ahead. We’re in this big park
and mist is rolling around in ghost shapes. There’s a huge grey house with hundreds of windows that are all looking at us. I can tell Mum’s scared of the house so I growl at it. Sometimes she’s scared of everything, Mum – rivers, roads, cars, planes, what’s going to happen and what’s not going to happen.

But then she laughs and says, ‘I’m such a silly old thing.’

Now we’re at the top of this hill and I can see the maze below and it
does
look like a brain. I think it’s really funny I’ve thought about a brain inside my brain and try to explain but I don’t do it very well and I don’t think Mum really gets it. But she’s nodding and listening anyway and standing there with her long blue coat all wet from the grass at the bottom. She says, ‘That’s very interesting, Carmel.’ Though I’m not sure she really understood, but Mum always tries to. She doesn’t just ignore you like you’re just a mouse or a bat.

And I know all of a sudden it’s a place I love more than anywhere I’ve ever been. The green walls are so high the sky’s in a slice above me and it’s like being in a puzzle but in a forest at the same time. Mum says the trees are called yew, and spells it out because I laugh and ask, you? I run on ahead down the path in the middle where the grass is squashed into a brown strip and Mum’s far behind me now. But it doesn’t matter because I know how mazes work and that even if I lose her, we’ll find each other sooner or later.

I carry on round corners and each place looks the same. Bright red berries pop out of the green walls and birds fly over my head. Except I don’t see them fly from one side of the sky to the other – they’re above the high green walls so I only see them for a second and then they’re gone.

I hear someone on the other side of the wall.

And I say no even though I know it’s my mum – it doesn’t sound quite like her.

She says, ‘Yes it is, I know it’s you because I can see your red tights through the tree.’

But I don’t want to go so I just slip away quietly. It starts getting dark, but I still feel at home in this place. Now, it’s more like a forest than a maze. The tops of the trees stretch up, up and away, and get higher, like the dark’s making them grow. There’s some white flowers gleaming and once I see a piece of rope hanging from a branch, I think maybe a child like me used it as a swing. It’s in the middle of a path and I go right up to it so my nose is nearly touching the frayed bit at the end and it twists and turns in the breeze like a worm. Dark green smells are all around and birds are singing from the middle of the walls.

I decide to lie under a tree to rest on the soft brown earth because I feel tired and dreamy now. The smell of the earth comes up where I’m squashing it and it smells dark and sweet. Something brushes across my face and I think it’s an old leaf because it feels dead and scrapy.

The birds don’t sound like they’re singing now, more like chatting, and the breeze is making the trees rustle. And I hear my mother calling me but she sounds just like the rustling and the birds and I know I should answer her but I don’t.